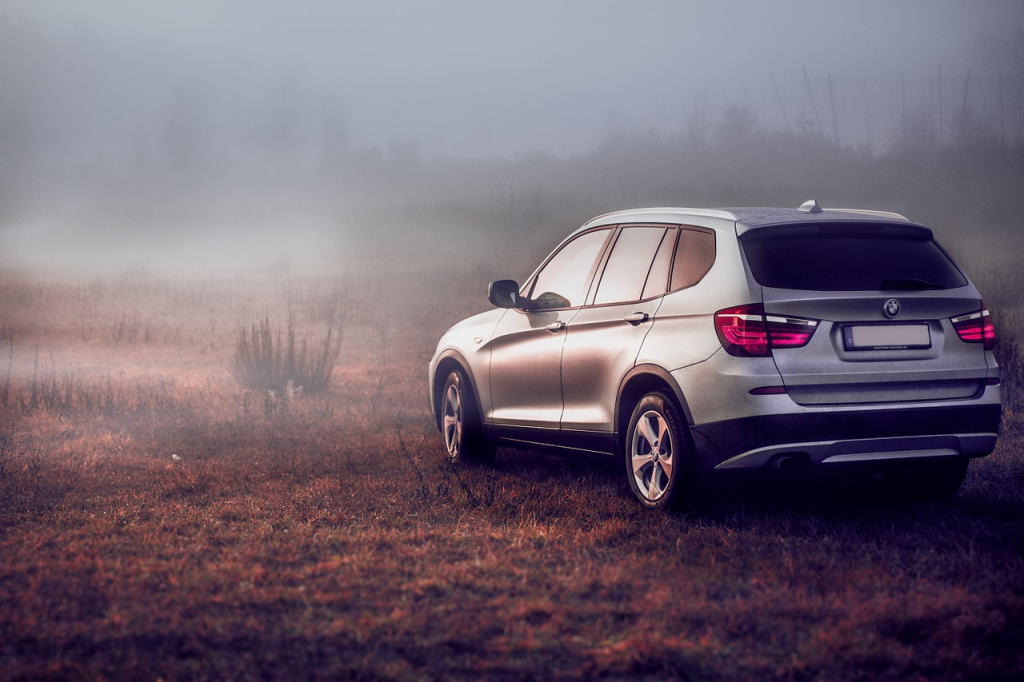 For years, if you wanted a new vehicle you were buying a car (or station wagon), a truck, or an SUV. There weren't really any exceptions to this. Each type of vehicle - the truck, the car, the SUV - was distinctive and served a particular purpose.

But then the 1990s arrived, and with it came the crossover. And that's when things got muddled.

A crossover looks like an SUV, except it's not an SUV. It's based on a car platform, but it's not a car. It can seat up to seven, but it's not a minivan either. If there was ever an enigmatic type of vehicle, it's the crossover.

To learn more about what makes a crossover a crossover - and why it isn't an SUV, despite the stylistic similarity - read on.

The Crossover: An Origin Story

SUVs as we know them existed as far back as the 1960s, but they were notoriously rough-riding things. This was because they were designed for off-road adventures rather than civilized commuting; the 'sport utility vehicle' moniker derives from this original intention. These rigs were known for their poor gas mileage, spartan interiors, and harsh, heavy duty suspensions that were great on the trail but bad on the highway. Like the old pickup trucks on which they were based, these were focused vehicles.

Yet the 1980s saw buyers begin to gravitate towards SUVs. People liked the big, boxy size and the go-anywhere image.  Vehicles like the original Jeep Cherokee fueled the fire for SUVs that could be at home on the road and the trail.

During the 1990s this infatuation reached a peak. Around this time automakers realized people might like the look of an SUV but the characteristics of a sedan. In 1997 Japan introduced the world to the first crossovers: the Honda CR-V and Toyota RAV4.

Since then the genus has exploded. The crossover SUV, as they were first dubbed, simply became the crossover. From an oddity they have become commonplace, even displacing the long-familiar sedan as the most popular mass-market vehicle. From humble, unproven roots, they have become massively successful.

So What's a Crossover, Anyway?

Crossovers are built by taking a car platform and modifying it for greater ride height. From there a two-box SUV-style body with four doors and a large cargo area is draped over it. Engines are usually no different than a typical car engine - think small displacement four-cylinders and six-cylinders. The end goal is the mileage and comfort characteristics of a car with the look and clearance of an SUV.

These are major differences compared to a traditional SUV. With a few exceptions, true SUVs ride atop frames that are separate from the body. This manufacturing technique, known as body-on-frame, is famously stout, and is also found under pickup trucks and other heavy-duty vehicles. It requires building the body as a separate unit and bolting it down onto the frame some point during assembly.

Crossovers, on the other hand, use what's called unibody construction. As the name suggests, unibody means body and frame as one. There is no separate structure for the body and the frame; there's simply one skeleton that connects the car from floor to roof. During assembly the body panels are bolted to this skeleton.

This is probably the biggest difference between crossovers and SUVs. The unibody gives better ride and on-road comfort compared to something with a full-frame truck chassis. Body-on-frame is best for towing, hauling, and other strenuous or abusive tasks, which is why it undergirds trucks and SUVs.

Because crossovers are based on car platforms, they also can use engines normally not appropriate for SUVs. Nowadays this means small-displacement turbo four-cylinder engines. The Honda CR-V is case in point: its 1.5-liter turbo is just like what's found in the Accord. It's the same story at Toyota, Nissan, Chevrolet, and all the other major automakers. The result is fuel economy that isn't much worse than a crossover's sedan counterpart.

SUVs, on the other hand, can't really get away with using these small, efficient powertrains. The two big reasons for this is their high curb weight as well as the towing and hauling expectations people expect of SUVs. Being asked to pull a boat or a trailer of more than one or two tons nearly necessitates a big V8 under the hood - hence the V8-powered Toyota Sequoia, Chevrolet Tahoe, and Dodge Durango. The Ford Expedition is the odd man out among the full-size SUV class, having made the move to a twin-turbo V6.

Not all SUVs need V8s, though. The Jeep Wrangler, for instance, is focused on off-roading rather than payload or towing. For that reason it uses four- and six-cylinder engines. Other small off-roaders similarly also use more modest engines for this same reason.

Along with their weight and squared-off looks, the big, truckish engines found in the typical SUV make them inefficient, especially compared to crossovers. Fuel economy rarely gets above the low 20s on the highway and mid-high teens around town. If you're towing those numbers will quickly drop even further.

Sporty performance isn't really relevant for either crossovers or SUVs, but SUVs in particular feel ponderous; their big bulk and workhorse engines don't offer any sense of athleticism. Crossovers can be a bit better but also aren't usually noteworthy performers (exceptions being performance-oriented models like the Alfa Romeo Stevio and Jaguar F-Pace). A high center of gravity is a trait shared by both crossovers and SUVs, which inhibits handling and can make these vehicles feel tipsy when a corner is taken too fast.

Because they are based on cars, crossovers are usually front-wheel drive or all-wheel drive. The front- and all-wheel drive packaging is part of the reason crossovers feel like sedans. It gives a better ride and makes packaging more efficient. It also means flatter floors without an intruding drivetrain hump and can also allow for a lower vehicle height.

What you don't get with the crossover is capability. It's the necessary sacrifice for better gas mileage and space efficiency - don't expect to tow anything much bigger than a utility trailer or ever haul home a full load of bricks, and definitely don't expect to tackle Jeep trails. That's not in the cards for any front- or all-wheel drive car, even something like a Subaru Forester.

SUVs, however, deliver in this regard. They are normally rear-wheel drive, with optional four-wheel drive. This drivetrain design allows them to tow some serious tonnage and haul big payloads. With true four-wheel drive and lots of ground clearance, they can also conquer terrain that wouldn't be passable in even an all-wheel drive crossover. It was this off-road capability that earned them the sport-utility name in the first place.

This gives a general overview of how the driven wheels affect crossovers and SUVs. If you want to learn more about each type of drivetrain, read up on the differences between front-wheel drive and rear-wheel drive and all-wheel and four-wheel drive.

Back when crossovers were yet to hit the streets, there were a lot of buyers interested in SUVs but concerned about how safe they might be. They weren't so much concerned with surviving an impact - in fact, the big and tall SUVs were comforting to drivers in that regard. What they were worried about was a rollover incident.

This was a serious issue for SUVs in the 90s. Ford in particular had a rough go of it; both their Bronco II and Ford Explorer suffered from numerous customer complaints and high-profile incidents, with the Explorer becoming particularly notorious. The fear of a rollover kept some buyers away from these otherwise hot products.

Since then, safety has come a long way. Electronic stability control has become a mandated piece of safety equipment that helps a vehicle remain stable even in extreme maneuvering, thereby lowering the risk of rolling over. Nowadays there's even more technology to help mitigate potentially dangerous incidents, such as evasive steering assist, lane-keep assist, and lane-departure warning.

These technologies have helped close the gap between cars, crossovers, and SUVs in regards to rollover potential; these days, the risk of a rollover with either an SUV or crossover has become greatly reduced. It's partly why the popularity of these types of vehicles is higher than ever.

If you want the best of both worlds, get the crossover. These lifted hatchbacks - because that's really what they are, at the end of the day - are a jack of all trades and a master at most of them. The average driver gets everything they might want from a car: fuel efficiency, comfort, space, and practicality.

What don't you get with a crossover? Towing, payload, and off-road chops. That remains the realm of SUVs, and it likely will for a long time yet. There's nothing that can beat the capability of a full-frame, big-engined SUV in those extreme instances. In fact, the romance of an SUV's abilities to go anywhere and pull anything is what inspired the original SUV boom of the 1980s and 1990s, and it has partly fueled the rise of the crossover as well.

To recap: if you want cargo space and comfort, get the car-based crossover. But if you need real capability, the SUV is the only way to go. And if maximum cargo space isn't absolutely paramount to your needs, the traditional four-door sedan remains a compelling and competitive option as well.

If you’re ready to take to the web for your own car buying process, you can search over 4 million new and used cars with iSeeCars’ award-winning car search engine that helps shoppers find the best car deals by providing key insights and valuable resources, like the iSeeCars VIN check report.