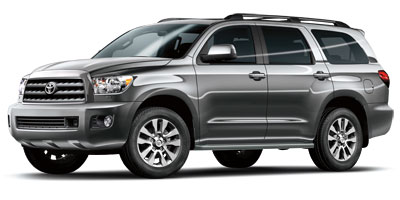 The versatility of SUVs adds to their allure as people are abandoning sedans and minivans alike to make the leap to SUV ownership. Whether you want a practical vehicle to shuttle your family around or something more rugged that performs like a truck, there’s an SUV out there to suit your needs.

The used SUVs that make our list are between three and seven-years-old and rank the highest on our list of the longest-lasting cars to reach 200,000 miles. Assuming you drive close to the average mileage per year, these used SUVs are likely to last for at least 15 years. That means they can stay on the road for another decade or more with proper maintenance and care, making them a smart choice for buyers seeking maximum utility for minimal cost.

Given Toyota’s reputation for reliability, it is no surprise that four models from the automaker make the list. Earning the top spot is the Toyota Sequoia full-size SUV, which is more than nine times as likely as the average car to reach the 200,000-mile mark.  The Toyota Sequoia is built like a truck with body-on-frame construction, so it has truck-like durability and seating for up to eight passengers.

Ranked seventh is the 2013 Toyota 4Runner, a rugged midsize SUV known for its off-road capabilities and towing capacity.

The second longest-lasting used SUV for under $25,000 is the 2015 Ford Expedition full-size SUV. It boasts a powerful V8 engine and handles better than most of the behemoth SUVs in its class. It has a 9,200-pound maximum towing capacity, which is above-average for other truck-based SUVs. It’s a practical and reliable family hauler for those who require a lot of cargo and passenger room, and is among the most affordable full-size SUVs on the market. The Expedition’s rear seats fold easily into the floor to further expand its cargo space, and it has a third row that’s comfortable for kids and adults alike. Its luxury equivalent, the Lincoln Navigator ranks ninth for those who want something more sophisticated. A 2015 Ford Expedition for sale can be found for an average of $24,233, while a 2013 Lincoln Navigator for sale costs an average of $17,693.

An additional American full-size SUV ranks third, the Chevrolet Suburban. Despite being one of the largest SUVs available, it provides acceptable fuel economy for its class with an EPA-estimated 15/21 mpg city/highway. The 2013 used Chevy Suburban features an upscale cabin to add to its appeal as a livery vehicle, and provides seating for up to nine with a roomy third row. The Suburban comes with a list of standard features such as bluetooth connectivity, while a rear-seat entertainment system to entertain kids, dual-zone automatic climate control, and heated and cooled front seats are available on higher trims.  A 2013 used Chevrolet Suburban fetches an average of $17,996.

Two additional GM full-size SUVs make the list: the GMC Yukon and its extended length variant the GMC Yukon XL. These vehicles include a standard nine-speaker audio system, a leather-wrapped steering wheel, and tri-zone climate control. Both models can fit seven to nine passengers depending on configurations including a front row bench seat. The Yukon offers comparable cargo space for its class, while the Yukon XL (extended length) provides extra third-row room like it’s  Suburban platform mate. A 2013 used GMC Yukon XL can be found for $18,451, while the used GMC Yukon has an average price tag of $19,518. Both vehicles fall under the $20,000-mark, leaving you with extra money in your pocket.

The final full-size SUV from General Motors to make the list is the sixth-ranked Chevrolet Tahoe. It features a potent 320-horsepower V8 engine and an upscale cabin. Standard features include Bluetooth, a six-speaker stereo, and tri-zone climate control. The average price of a 2013 used Chevrolet Tahoe  is $19,072.

Ranked tenth is the 2015 Honda Pilot midsize SUV, which is a roomy family-friendly three-row crossover SUV that is a popular minivan alternative. It features a 250-horsepower V6 engine with standard features including a rearview camera and an 8-inch infotainment screen. A rear-seat DVD system is available in higher trims. It’s luxury equivalent, the Acura MDX from the same model year, ranks twelfth and offers a premium badge.

An additional Honda SUV, the 2017 Honda CR-V compact SUV, also makes the list in the sixteenth spot. The small SUV, which was redesigned in 2017 to include new interior and exterior styling, offers spacious seating and leading cargo room, as well as excellent gas mileage. As one of the most modern vehicles on the list, the 2017 CR-V comes standard with a rearview camera, a 5-inch infotainment screen, and automatic climate control. Higher trims feature a 7-inch touch screen infotainment system and a suite of advanced safety features such as lane keeping assist, lane departure warning, and blind spot monitoring. A turbo engine is also available.

A rugged midsize SUV, the Dodge Durango, ranks fifteenth. The midsize Dodge Durango offers three spacious rows of seating with an abundance of cargo and passenger room. It is available with two powertrains: a 290-horsepower V6 engine or a potent 360-horsepower V8. A 2015 Dodge Durango for sale can be found for an average price of $21,225.

The 2015 Nissan Armada makes the list in the seventeenth spot. With seating for up to eight passengers, it’s a practical choice for a family hauler with a below average price for the class. A 2015 used Nissan Armada costs an average of $21,954

The Hyundai Santa Fe from the 2017 model year rounds out the list. A practical midsize SUV, it is one of the more affordable vehicles in its class and comes standard with a 5-inch touch screen infotainment system, a rearview camera, Bluetooth, keyless entry, and satellite radio. Advanced safety features and tech are available on higher trims. A used Hyundai Santa Fe for sale costs an average of $21,943.

When it comes to buying used SUVs under $25,000, a tried and true reliable used SUV will save you a lot of money compared to purchasing a new car. When buying used vehicles, it’s always recommended that you get a vehicle history report and have it inspected by a trusted mechanic. You can also refer to the iSeeCars VIN Check report, which will provide you with all the information you need to make a smart car buying decision.

If you’re interested in a new car or a used car, be sure to check out iSeeCars’ award-winning car search engine. It uses advanced algorithms to help shoppers find the best car deals across all used SUVS from subcompact to full-size and provides key insights and valuable resources, like the iSeeCars VIN check report. Filter by make, model, price, and special features to find the best deal on your next vehicle.