What's the price of a Jeep Wrangler SUV by year?

How can you save money on a used Jeep Wrangler?

Does car color affect the price of a used Jeep Wrangler?

How to save money when buying a used Jeep Wrangler ?

Jeep Wrangler Rankings vs. the Competition

What Jeep Wrangler color has the best resale value ?

What is the best time to buy a used Jeep Wrangler ?

What is the average price for Used Jeep Wrangler? How many are for sale and priced below market?

What's the price of a Used Jeep Wrangler SUV by year?

Where to find a cheap Jeep Wrangler ?

What colors are the best deals for a Jeep Wrangler ?

What Is The Average Price Of A Used Jeep Wrangler By Model Year?

What Is The Average Price Of Competitor Cars To The Used Jeep Wrangler?

What Is The Average Price Of Used Jeep Wrangler In The Top 10 Cities? 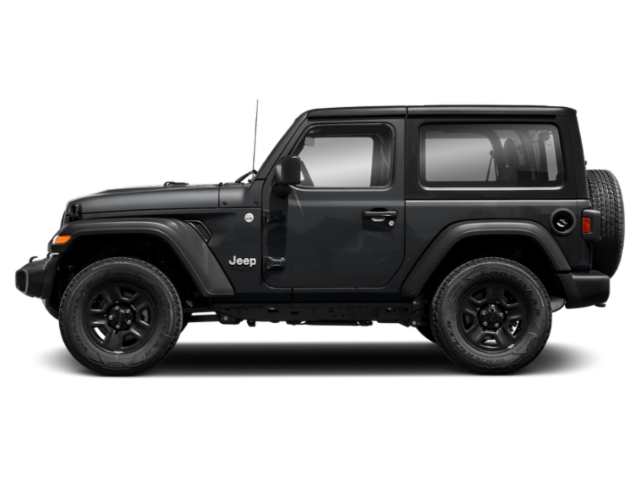 The Jeep Wrangler is the vehicle most Americans associate with offroad sport utility vehicles and is often the benchmark used to compare the off-pavement chops of other SUVs. The Wrangler is stylistically descended from the Willy's Overland and CJ Jeeps of the 1940s. The Jeep Wrangler as we know it debuted in 1986 and was revamped again in 2006. The Wrangler has been successively owned and produced by both the American Motors Corporation and the Chrysler (now Fiat-Chrysler) in North America. The first-generation Jeep Wrangler entered the market in 1986 and was powered by both four-cylinder and six-cylinder engines, all made by AMC. These Wranglers were manufactured in Canada and then later Ohio. This generation contains the only Jeep Wranglers to have square headlights. In 1996, a new-generation of Wrangler entered the market with design elements carrying over from the first-generation, but with the headlamps changing back to the unique round-light of the original Willy's models, making up what is now the most well-recognized Jeep iconography: a front fascia featuring two round headlamps with a slotted grille between. This second-generation of the Wrangler continued with four- and six-cylinder engine options, now made by Chrysler, and updated transmissions to match. This generation also saw the Sport model becoming the base option for the Wrangler and the first introduction of the Rubicon in 2002 as the serious offroad-ready version of the Wrangler. The current-generation of the Jeep Wrangler was introduced in the 2007 model year. The winning combiantion of a lower-cost Sport model, four-cylinder and six-cylinder engine options, and the nostalgic styling of the previous generations of the Wrangler carried through. These were augmented by a new four-door Unlimited model. Sales of model year 2015 Wrangler models were more than double that of the 1999 model year. The Jeep Wrangler is not without its fair share of detractors, but weeding out aftermarket upgrade options with factory-related issues is not always easy. The most common and probably factory-related issue is a consistent head gasket issue with 2012 model year vehicles equipped with a six-cylinder engine, though this usually happens under warranty coverage.

The Jeep Wrangler is well known for its legendary off-road prowess. The Wrangler and its Willy's inspiration have long been the benchmark for trail readiness since they were first introduced over 50 years ago.

Today the 2017 Jeep Wrangler carries that torch forward and does it very well. It has a lot of quirks and interesting habits, but they're expected by Jeep enthusiasts and welcomed by those who know what this sport utility is truly capable of doing. There are few things as fun as climbing into a Jeep Wrangler Rubicon and either heading for a trail or making your own.

For 2017 not much has changed from the Wrangler's previous model years. There is now an LED lighting package available for headlights and fog lamps, as well as a new Cold Weather package with a first-time offering of heated seats and remote starting. The Wrangler is otherwise unchanged from its 2016 model year. And it didn't need much changing.

From the base-model Wrangler Sport to the top-level and over-capable Wrangler Rubicon, there's a Jeep in the Wrangler lineup for everyone.
See the full 2017 Jeep Wrangler Test Drive Review.

The 2016 Jeep Wrangler continues with the legacy of the Jeep brand. As the current rendition of the vehicle that literally began the brand and started the entire "#JeepThing" revolution, the Wrangler carries the torch for a lifestyle and persona that defines a significant part of Americana. Just as World War II and its GIs are associated with the Willey's Jeep of the period, today's Wrangler defines the offroad, outdoors, go-anywhere enthusiast of today. The current Wrangler carries plenty of throwbacks to its origins, but carries forward with modern technology that enthusiasts of the 1950s could only vaguely imagine having.

Of all the Jeep vehicles, only the Wrangler is immediately identifiable for what it is and only the Wrangler carries the purity of purpose that makes it so iconic and loved by millions. Yes, the 2016 Wrangler can go on the pavement and get you from A to B if you want it to. No, it will not do so in careful comfort and on-road safety. It's built for other things. Namely leaving the pavement behind and going where no other vehicle can. They're called "Jeep trails" for a reason.

Only a handful of changes come to the iconic Wrangler for the 2016 model year. A special Black Bear Edition has been added for this year, as has a great Olive Green interior color option for the Sahara trim. Other exterior colors have also been added, along with a few minor details on some trim points. For the most part, this is still a Wrangler and still what everyone should expect that to be.
See the full 2016 Jeep Wrangler Test Drive Review.

The 2015 Jeep Wrangler comes in myriad variations on generally the same off-roader theme with either soft or hard top models available as well as a two-door and four-door extended wheelbase version called the Unlimited. Some Wrangler's go a step further with their off-road 4x4 capabilities and none does this in a more hardcore fashion than our tester that we spent a week testing—it's known simply as the Wrangler Willys Wheeler in a tribute to the original military Willys Jeeps from which sprang this modern day utilitarian rock climber.

Even though a two door Wrangler starts at an insanely reasonable $22,395, we still thought that given all of the very impressive off-road features added to our Willys that its near $26,000 base price was quite reasonable. All told once we got done adding Jeep "luxuries" like power windows, locks, mirrors and a killer upgraded sound system with speakers in the roll bar overhead the sticker was nearing $30,000. Still, given the fact that you can remove the soft top, lower the front windshield (only off-road please!) as well as remove the doors means that having features like power windows was an engineering difficulty in itself. (Note: In case you were wondering, when you remove the doors you simply unplug a cord to cut power to the windows.)
See the full 2015 Jeep Wrangler Test Drive Review.

Perhaps the most recognizable vehicle in the automotive industry today, the 2013 Jeep Wrangler continues a history of unique body design and off-road excellence. The JK platform is still being used for the 2013 Jeep Wrangler, after debuting with the 2007 model. It comes in the standard short-base two-door version and the long wheelbase four-door model.