What is the average price for Used Toyota 4runner? How many are for sale and priced below market?

What Is The Average Price Of A Used Toyota 4runner By Model Year? 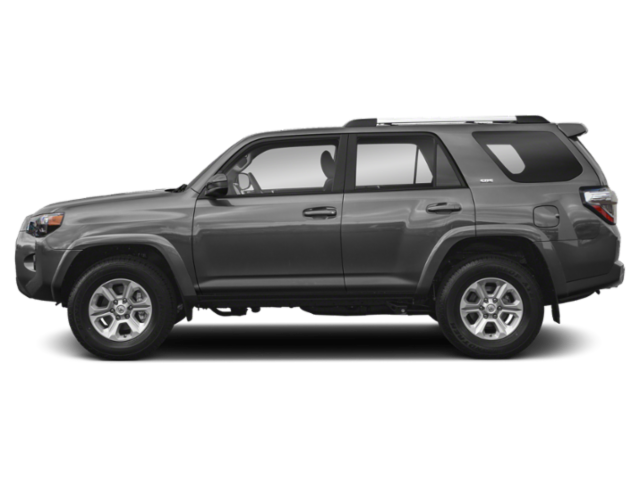 The Toyota 4Runner is a traditional sport utility vehicle based on the Tacoma pickup truck and originally modeled after the Hilux model sold overseas. The 4Runner is most well-known as a highly capable SUV with both on-road family hauling and off-road credibility. It was one of the vehicles in our top ten list of longest-lasting vehicles. The first-generation Toyota 4Runner was essentially a Toyota Pickup with a fixed shell and extra bench seat. This first-generation Hilux-based 4Runner came to America in 1984 with a 2.4-liter four-cylinder engine with a solid-axle four-wheel drive system. This first-generation 4Runner gained a reputation for being underpowered and under-equipped as the rear suspension often gave out early. The solid front axle was replaced in 1986 with an independent suspension system. A V6 engine option came in 1987. The second-generation Toyota 4Runner entered the market in 1990 and st the reputation for the SUV as we know it today. Still based on the Hilux pickup, the 4Runner now had its own design in body, now with four doors. A new suspension system did not remedy the issues of the first-gen, however. Both a four-cylinder and six-cylinder engine were offered with both a five-speed manual or automatic transmission also offered. Both the first- and second-generation 4Runner received bad reputations for side impact ratings as well. The third-generation 4Runner appeared in 1996 and marked a full redesign of the SUV. This generation was based on the Land Cruiser Prado rather than the Hilux pickup, which significantly upgraded the 4Runner's sport utility cred. This improved the interior, capability, ride quality, and longevity of the 4Runner overall. New engines also appeared, with a slightly larger (2.7L) four-cylinder and an upgraded 3.4-liter V6 now on offer. Transmissions remained about the same. The fourth-generation Toyota 4Runner entered the market in 2003 and again underwent big changes inside and out. Still based on the Prado, the 4Runner now had a more upscale look and a lot in common with the Tacoma pickup truck. The four-cylinder engine was dropped in favor of Toyota's new 4.0-liter V6 and a small 4.7-liter V8 was offered for a couple of years, then dropped. Safety had been improved in the third-generation and now became close to best-in-class with this fourth-gen. In 2010, the fifth-generation 4Runner was introduced with new design matching the current Toyota pickup truck lineup. Special offroad editions, such as the Trail and (eventually) the TRD Pro series, were added and an upgrade to the 4.0L V6 brought better power delivery. No longer functionally related to the Tacoma pickup truck, the 4Runner is instead based on the Land Cruiser. The Toyota 4Runner enjoys a stellar reputation for longevity and durability in all of its generations, with some exceptions. Most complaints for newer models revolve around issues that are subject to recall or warranty, such as airbags and engine electronics in the 2015 model year.

The 4Runner is a traditional body-on-frame (truck-based) sport utility, but competes in an arena full of more modern crossover (car-based) utilities. The 2019 4Runner continues with the now long in the tooth design of this-generation 4Runner, introduced in 2010. Compared to most crossovers, the 2019 4Runner is far more off-road-ready and muscular in capability as a traditional SUV.

The 4Runner is a very capable off-road goer and "get there" SUV, but it lacks refinement on the road and isn't well suited for family hauling on the daily.

The 2018 Toyota 4Runner is a body-on-frame sport utility, meaning it's truck-based rather than car-based as would be a crossover-SUV. This means that the 4Runner may not be for everyone, but it does fit a certain market and segment of needs. The 2018 4Runner should be thought of as a pickup truck with more seating capable of carrying a fair number of people and towing a fair amount of trailer and cargo. It is not, however, a comfortable daily driver or family hauler compared to other options where that goal is primary.

For 2018, the 4Runner sees only a few changes from its 2017 model year shuffle and 2016 redesign. Most of the changes for 2018 are in options package shuffling. There are six trim levels available for the 2018 4Runner, all of which use the same engine and transmission and all are rated to tow at least 5,000 pounds (when equipped). Both two-wheel (rear-wheel) and four-wheel drive are avaialble in some trims of the 2018 Toyota 4Runner, but 4WD is standard on most. The 4Runner seats up to seven.

Our assessment from last year carries over in our test drive for the 2018 model year. The 4Runner is an excellent off-road and utility vehicle, but lacks refinement and daily use ergonomics for those looking to use the vehicle as a daily commuter or family hauling.
See the full 2018 Toyota 4Runner Test Drive Review.

The Toyota 4Runner is a traditional body-on-frame sport utility, which has its appeal and drawbacks. Among modern crossovers and SUVs, the 4Runner stacks up differently depending on its trim point and purpose. As a truck with extra seats and an all-terrain vehicle, the 4Runner shines. But as a daily driver and family hauler, not so much.

The 2017 Toyota 4Runner carries over largely unchanged from the 2016 model. A couple of trim point name changes - the Trail and Trail Premium are now the TRD Off-Road and TRD Off-Road Premium, respectively - are about all that's new this year.

There are six trim levels for the 2017 4Runner, starting with the base model SR5 and moving up to the TRD Pro and Limited models. They all use the same engine and transmission, and can tow up to 5,000 pounds. Two of the trim points are available as rear-wheel drive SUVs, while all others are four-wheel drive only. Seating for up to seven is available in some trim points.

What we learned is that there are few options as astute off the road as the 4Runner, but for daily commuting, road tripping and family hauling, the 4Runner leaves a lot to be desired.
See the full 2017 Toyota 4Runner Test Drive Review.

Off-road SUVs are becoming an endangered species. Crossovers are now taking over the role they once held, with better fuel economy and ride characteristics. But there are still those who need a vehicle that can get them to that special place out in the woods or out on an adventure. A crossover isn't built for that. This is where an SUV shines, as it was built with this task in mind. Toyota is one of the automakers who still builds a true SUV in the form of the 2016 4Runner.
See the full 2016 Toyota 4Runner Test Drive Review.

Most people would overlook this midsize SUV at first glance, but it does have some very rugged and practical features that could appeal to buyers looking for known reliability. On the other hand, the 2013 Toyota 4Runner does get beat by competitors in nearly every other category, including the most important category for many buyers - price.
See the full 2013 Toyota 4Runner Test Drive Review.

How much is a Toyota 4Runner?


See below for the average Toyota 4Runner price across model years.

The average price for a 3-year-old used midsize SUV is $31,867, with the Toyota 4Runner's price typically $13,977 above average for this vehicle type.


How long do Toyota 4Runners last?


See below for the reliability scores of various cars in the midsize SUV category:


Is the Toyota 4Runner a good car?

Is the Toyota 4Runner safe?