What Is The Average Price Of A Used Dodge Durango By Model Year? 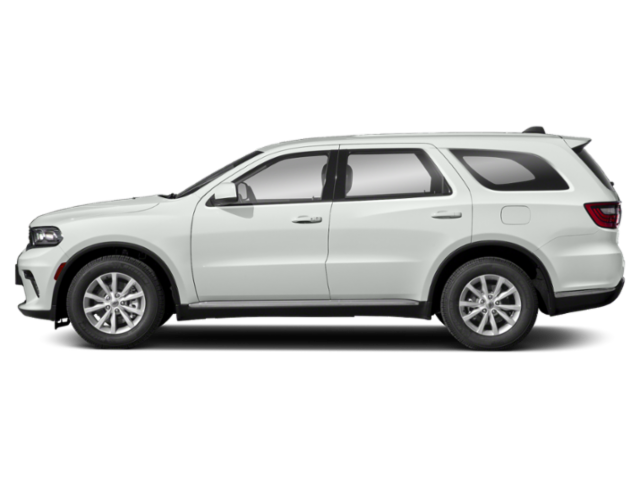 The Dodge Durango is a sport utility vehicle introduced in 1997 as a midsized vehicle, becoming a full-sized SUV in its second-generation. The Durango is known for its road comfort, large interior, and capable offroad readiness. The current-generation Durango is of unibody construction and shares many attributes with the Jeep Grand Cherokee. The first-generation Dodge Durango was introduced for the 1998 model year as a truck-based sport utility in the midsize category. It seated up to seven and was very similar to the Dakota pickup truck upon which it was based. A V6 and V8 engine were offered as were automatic transmissions, which changed through the first gen Durango's evolution. The second-generation Durango came for the 2004 model year and was still the SUV version of the Dakota pickup and, loosely, the Ram series of pickup trucks. Seating was increased to eight and the mid-sized SUV became full-sized for this generation. Other chassis improvements included coil springs over the rear axle, which made the cargo floor lower and wider. Both V6 and V8 engines were still offered as were automatic transmissions. The third-generation Dodge Durango was introduced in 2011 after a year's hiatus for 2010. Now of unibody construction derived from the Jeep Grand Cherokee, the Durango split away from the now-defunct Dakota truck. New engines, still V6 and V8 options, and a new set of transmissions, which evolved from five speeds to eight over the third-gen's span, are all found on the Durango. Three rows of seating and a lot of cargo space are the markets for this third-generation Durango. Sales for the Dodge Durango were once very high and are now at about half what their peak was in the early 2000s. Most complaints from consumers for the Durango center on the 2004 model year in which engine failures are relatively common at high mileage (100,000 miles or more). The 2000 Durango sometimes has oil sludge buildup at high mileage as well, though proper maintenance should keep this from happening.

The 2018 Dodge Durango is spacious, comfortable and versatile. There are both daily use options and muscular options, allowing for the mundane and the indulgent to have their wishes. Beyond its uniquely bold and powerful look, the Durango has a soft spot for kids too.

For 2018, the Durango carries forward from the 2017 model year with a new, more muscular variant, a couple of new standard features, and the already popular blackout options. A new hood for performance models, and several infotainment technologies and a rearview camera are now standard on the Durango in all trims.

The 2018 Durango seats up to eight people, tows more than most SUVs in its class, and has plenty of room for both people and gear. Whether you need V6 efficiency with family hauling and good looks, or power and muscle, there's a Durango that probably fits.
See the full 2018 Dodge Durango Test Drive Review.

The 2017 Dodge Durango has just about everything a family needs: space, versatility and comfort. Options for muscle and towing are also there. What's more, the Durango has managed to boost its scoring by just tweaking a couple of things that bothered us last year. It's now a top-rated crossover.

Most notable changes for the 2017 Durango are dropping the Limited trim, which has been renamed the GT. That GT adds a monochromatic exterior look and some sporty add-ons that give those who like the "sinister" looks (blackouts and such) the Durango is known for at a lower-cost option. Another change is the option for removal of the third row from the base SXT model. This gives the fleet buyer a cargo-specific option in the Durango.

Another option changed for the 2017 model year was the addition of a new Anodized Platinum package for the top-level Citadel model. We got to see it first-hand and were impressed with its luxuriousness.

The 2017 Dodge Durango is otherwise the same solid crossover it has always been. It's big, it's roomy, and it's ergonomic. It's unique look and choice of powertrains make it a great option for the full-size crossover-SUV buyer.
See the full 2017 Dodge Durango Test Drive Review.

Three-row crossovers have largely displaced minivans as the family vehicle of choice on the American landscape. For roominess, daily usefulness and family comfort, there are few that can compete with the 2016 Dodge Durango.

Outside of a new stop-start system for the V6 engine in the Durango, little has changed in this crossover. This doesn't mean it's outdated or outclassed by the competition, as this current-generation Durango set the benchmark for others to achieve.

The 2016 Durango is a 3-row crossover that comes in four trim levels with two engine options and seating for up to seven.
See the full 2016 Dodge Durango Test Drive Review.

Although Dodge has a semi-substantial update for the soon to be released 2014 Durango model what with its new Charger sedan like tail-lamp treatment, more upscale dash with a rising automatic transmission shift knob stolen directly out of the Jaguar XF playbook and an overall sprucing up of the interior décor, we are here to tell you that the 2013 Dodge Durango (tested here in rough and tumble R/T form) was not really in dire need of any changes. Quite frankly, we didn't need to see many changes to this nicely sized, roomy and shockingly agile SUV which in our BlackTop Edition was screaming out for immediate attention.

But isn't newer always supposed to be better? Well, not exactly in this case. Whereas we may soon find ourselves bowled over by the 2014 model's updates, the 2013 R/T model tested here with the standard 5.7 liter V8 engine truly took our breath away thanks to its inimitable sonic rumbling and bad ass aural nature even at idle. We also appreciated the perfectly judged size of this SUV compared to Suburbans and Tahoes both of which feel overwhelming to pilot in places where there are other vehicles and generally in need of a diet replete with fewer Hostess Cupcakes. Or Twinkies.
See the full 2013 Dodge Durango Test Drive Review.

How much is a Dodge Durango?


See below for the average Dodge Durango price across model years.

The average price for a 3-year-old used midsize SUV is $32,244, with the Dodge Durango's price typically $9,056 above average for this vehicle type.


Is the Dodge Durango a good car?

Is the Dodge Durango safe?