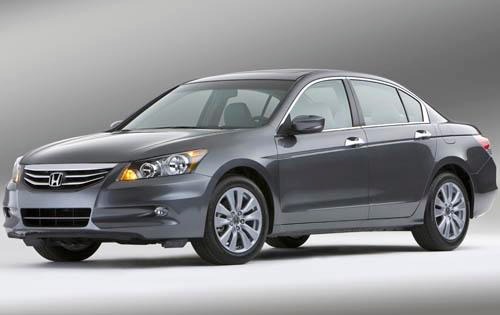 Finding the right used car can be daunting, especially if you’re on a fixed budget. However, it’s possible for budget-minded shoppers to find a reliable vehicle without breaking the bank. In fact, for $10,000 or less, you can find a quality used car that still has plenty of life left.

So how can you find a high-quality vehicle at a low price? One way is to find an older version of a car that has proven long-term reliability. We put together a list of the longest-lasting used cars that can be found for $10,000 or less to help you make the smartest purchase decision possible.

The vehicles on our list are between seven and nine-years old and rank the highest on our analysis of the longest-lasting cars that are mostly likely to reach 200,000 miles. Assuming that you drive close to the average mileage per year, these used vehicles are likely to last for at least 15 years, which means that they’ll still have a long life ahead of them with the proper maintenance and care.

Earning top honors as the best car under $10,000 is the Honda Civic. Despite the declining popularity of sedans, the Civic remains as one of the most popular compact cars in America. Along with its long-term reliability, the compact Civic is known for its comfortable drive quality, high safety scores, and fuel efficiency. It comes standard with front-wheel drive and a five-speed manual transmission, while a five-speed automatic transmission is also available. Available as a sedan or a sporty coupe, a nine-year-old used Honda Civic costs an average of $7,665. However, the average price of a seven-year-old used Honda Civic is just above $10,000, which means you can likely get a fully redesigned version from the 2012 or 2013 model years within your budget.

The Civic is joined by a second 2011 model year Honda model, the Honda Accord, which ranks third. Like the smaller Civic, the midsize Accord is available in coupe or sedan body styles and comes with many powertrain options. It also boasts impressive safety scores and has an upscale cabin. A 2011 used Honda Accord narrowly makes it under the $10,000 mark with an average price of $9,451.

Four Toyotas from the 2011 model year make the list, which is no surprise given the automaker’s outstanding reputation for reliability. The Toyota Prius earns the second spot, followed by the Camry in sixth, the Camry’s hybrid variant in seventh, and the compact Toyota Corolla in fourteenth. While hybrid new cars have a higher upfront cost, they tend to depreciate more than their gasoline counterparts to make them affordable cars to buy used. The hatchback Prius has stellar fuel economy ratings and expansive cargo space along with high safety scores, while the midsize Camry and compact Corolla offer a smooth ride and above-average cargo and cabin space for their classes. A nine-year-old used Toyota Camry and a used Toyota Camry Hybrid are nearly identically priced at around $8,700 while a 2011 used Toyota Prius is $9,037.  A used Toyota Corolla from 2013 can be found for an average price of $9,540.

The 2013 Chevrolet Impala ranks fourth. Known for its popular V6 engine, which comes standard, it offers a comfortable ride with spacious front and rear seating. In fact, it’s the only large sedan that offers bench seating in the front row, which increases its capacity to six passengers. A seven-year-old Chevrolet Impala for sale can be found for $8,441.

Ranked fifth is the Ford Taurus from the 2011 model year, which is praised for its stylish exterior design, decent fuel economy, and standard features including a six-speaker stereo and steering wheel audio controls. It also comes with available all-wheel-drive to appeal to drivers in harsher climates. A nine-year-old Ford Taurus for sale can be found for an average price of $8,523.

The lone mainstream SUV to make the list is the Hyundai Santa Fe, which ranks eighth. The midsize SUV  is praised for its value and high safety scores, while offering more standard features and better gas mileage than its competitors in the midsize SUV class. The Santa Fe is available with either front- or all-wheel drive, and standard features include Bluetooth/USB connectivity. Higher trim levels have features like dual-zone automatic climate control, heated front seats, leather seats, and a navigation system. A nine-year-old used Hyundai Santa Fe can be found for an average price of $9,264. You can find a 2013 Dodge Caravan for sale at an average price of $8,234

Ranked ninth is the 2013 Dodge Grand Caravan minivan, which appeals to budget-minded families. It comes with standard features including cruise control and a tri-zone air conditioning system. The Caravan pioneered Stow ‘n Go seats, which fold flat to provide more cargo room. Higher trims include satellite radio, a DVD entertainment system with flip-down screens and a navigation system. A 2013 Dodge Grand Caravan for sale can be found for an average price of $8,234.

In tenth is the 2011 Subaru Outback. The Outback comes with a perfect safety score and high reliability scores, and like all Subarus comes with standard all-wheel drive. The Outback wagon has plenty of passenger and cargo space and its base four-cylinder engine gets 19/27 mpg in the city and on the highway, while the CVT transmission improves fuel economy to 22/29 city/highway. A nine-year-old used Subaru Outback can be found for an average price of $9,806.

Ranked eleventh is the 2011 Nissan Maxima. The fun-to-drive sedan with sporty styling boasts comfortable and spacious seats and comes standard with a power sunroof, Bluetooth connectivity, and a push button start. It also has a perfect five-star safety rating. A used Nissan Maxima for sale from the 2011 model year costs an average of $8,967.

Ranked twelfth is the 2011 Kia Sedona minivan. Known for its practicality, the 2011 Kia Sedona comes with a suite of standard features, including satellite radio, Bluetooth and rear parking sensors.  A used 2011 Kia Sedona for sale costs an average of $6,397 which is the lowest price of all the cars on the list. It was not produced for the 2013 model year, so a later model version can likely be found below the $10,000 price point.

Ranked thirteenth is the Volvo XC90, which is surprising since it is a luxury midsize SUV. It is a good choice for shoppers on a budget who want a luxury third-row SUV thanks to its perfect safety score and luxurious interior.

Rounding out the list is the Mazda6 midsize sedan. It is a fun-to-drive car thanks to its driving dynamics and has an upscale interior.  A 2013 Mazda6 for sale costs an average $8,828.

The Honda Fit is a reliable and affordable vehicle for shoppers who want a subcompact car, earning the top spot on our list of Best Subcompact Cars. Despite its small size, it has ample leg and headroom and the car’s “magic seat” provides more cargo space thanks to its fold up rear cushions. A 2013 used Honda Fit for sale can be found for an average price of $9,584.

The compact Mazda MAZDA3 is a top contender on our list of Best Compact Cars thanks to its impressive driving dynamics and sporty styling. A 2013 used Mazda 3 costs an average of $8,248.

The iconic and roomy Volkswagen Golf is known for its upscale interior and sporty handling. It is a practical alternative to an SUV. A 2011 used Volkswagen Golf for sale has an average price of $8,843.

While it doesn’t rank on our list of long-lasting cars, the BMW 3 Series is one of the most popular small luxury cars on the market. Shoppers might be surprised to know that you can get a 2011 used BMW 3 Series for $9,080.

When it comes to car buying, you don’t always have to pay a high price for quality. You can find reliable used cars for under $10,000 if you follow some important car buying advice. For starters, you should also be wary of used car deals that are too good to be true. Be sure to always get a vehicle history report from the dealership such as Carfax or Autocheck and have the used car inspected by a trusted mechanic. Additionally, the iSeeCars VIN Check report provides you with all the information you need to decide if a used car is a smart purchase decision.

If you’re interested in a new or used car, be sure to check out iSeeCars’ award-winning car search engine. It uses advanced algorithms to help shoppers find the best car deals and provides key insights and valuable resources, like the iSeeCars VIN check report. Filter by make, model, price, and special features to find the best deal on your next vehicle.