What Is The Average Price Of A Used Toyota Highlander By Model Year? 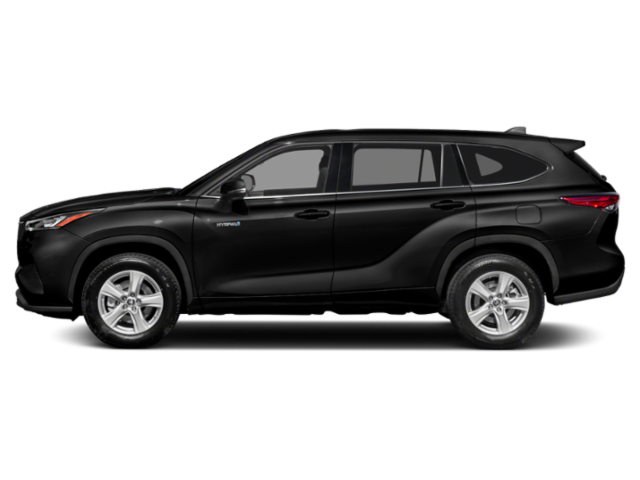 The Toyota Highlander is a five-door crossover-style vehicle seating up to seven passengers as a midsize CUV. This crossover utility vehicle was introduced in 2001 and has won awards for its family friendliness and daily usability. The Highlander sits above the RAV4 and next to the body-on-frame SUV 4Runner in the Toyota crossover-SUV lineup. The first-generation Highlander was produced until 2007 and featured both a four- and six-cylinder engine option with either a four-speed or five-speed automatic transmission, depending on engine choice. Pre-2004 models did not have a third row option, thus seating only five. The Toyota Highlander quickly gained a reputation as a comfortable on-road family vehicle with high safety ratings. In 2005, Toyota introduced a hybrid model of the Highlander, which operated as a gasoline-electric model with improved fuel economy and, according to critics, better road dynamics due to its lower center of gravity. The second-generation Toyota Highlander was introduced in 2008, dropping the four-cylinder base engine in favor of a six-cylinder. A four-cylinder was introduced in 2009. Transmissions included a five- and six-speed automatic. The Hybrid model was retained as well, though improved with new-generation technology. Again, family-friendliness and safety were top hallmarks of the Highlander. The third-generation of the Highlander entered showrooms in 2013. Four- and six-cylinder engines were still offered, but now with six-speed and eight-speed automatic transmissions. This longer and wider Highlander gained a reputation for being more difficult to maneuver in tight spaces, but also for having an extremely spacious interior. Seating for eight became an option with a second-row bench. The Highlander Hybrid model was retained, this time with a more advanced version of Toyota's Synergy Drive system. Most consumer complaints about the Highlander are from its first-generation where high mileage vehicles often have engine wear issues with excessive oil usage and some engine failures. The Highlander otherwise enjoys a good reputation for reliability.

After a significant refresh last year, the Toyota Highlander remains largely unchanged for 2018. This three-row family crossover didn't need much changing, though, being one of the best family-oriented crossover-SUVs on the market today.

The 2018 Toyota Highlander fits into the midsize three-row crossover segment. It carries the exterior size and appeal of the segment and brings a very ergonomically well-done interior. Those qualities make the 2018 Highlander a top pick for this segment, though some rivals might contend for consumer attention.

Chief among the 2018 Highlander's high points are its attention to detail and thoughtful design elements. These qualities make everyday things like grocery hauling, kid wrangling, and weekend get-away-ing easier on parents. With the Highlander Hybrid option, stellar fuel efficiency is also added to that equation.

The 2018 Toyota Highlander continues with the upgrades made in 2017 largely unchanged. This three-row crossover is available with seating for up to eight and in seven trim package models. There are three drivetrain options for the Highlander, depending on trim model chosen, including the Hybrid.
See the full 2018 Toyota Highlander Test Drive Review.

Outside of minivans, large three-row sport utilities and crossovers are the family vehicles of choice. None are more family friendly than the Toyota Highlander, which sees a significant refresh for the 2017 model year.

The Highlander sits in the midsize three-row crossover segment with mid-range exterior appeal and a very ergonomic and well-done interior. The 2017 Toyota Highlander is a top pick for this three-row family segment because of that interior and the generally thoughtful design elements that go into the Highlander overall. Small touches make everyday uses, such as grocery grabbing, kid wrangling and weekend getaways, easier.

The 2016 Toyota Highlander is a benchmark for the midsize three-row crossover segment. Its contemporary exterior look and highly ergonomic, family-friendly interior set the tone for the segment as a whole. Although there are strong contenders in this market, the 2016 Highlander remains a top pick thanks to its excellent qualities and its segment-best hybrid option. Not much has changed for the 2016 model year, with the excellent 2014 year redesign and 2015 updates carrying forward. A highlighted update this year is the standard towing package for all V6 models.
See the full 2016 Toyota Highlander Test Drive Review.

Although it doesn't possess the largest cargo capacity of the class, the 2013 Toyota Highlander manages to shine in just about every other area. Families looking for an SUV with an available third-row seat would be hard pressed to find something better, especially given its safety, reputation for reliability, and family-friendly features.
See the full 2013 Toyota Highlander Test Drive Review.

How much is a Toyota Highlander?


See below for the average Toyota Highlander price across model years.

The average price for a 3-year-old used midsize SUV is $24,131, with the Toyota Highlander's price typically $17,631 above average for this vehicle type.


How long do Toyota Highlanders last?


Is the Toyota Highlander a good car?

Is the Toyota Highlander safe?