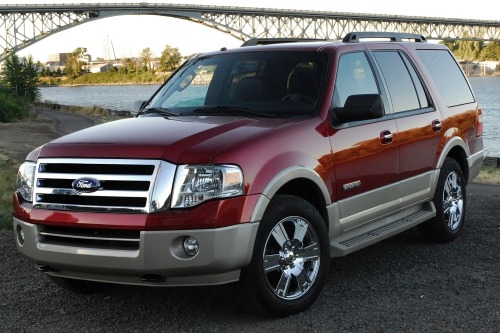 The popularity of SUVs continues to grow for reasons including their cargo capacity, high driving clearance, and all-weather driving capabilities. Whether you’re joining the SUV craze or if you have one that you’d like to replace, there are plenty of reliable used models to choose from.

While the average price of a used car in 2019 was nearly $21,000, there are a number of reliable SUVs that can be found below this average and within the $20,000 price point.

So how can you find a quality SUV while sticking to your budget? Finding a reliable used SUV that has already taken most of its depreciation hit is a wise purchase decision. We’ve done the important research for you and put together a list of the longest-lasting used SUVs for sale under $20,000. (If you have a slightly lower budget, check out our list of the Best Used SUVs Under $15,000.

The used SUVs on our list are between five and seven-years-old and rank the highest on our analysis of the longest-lasting cars that are mostly likely to last for 200,000 miles. If you drive close to the average mileage per year, these used SUVs are the most likely to last for at least 15 years, which means that they can still be on the road for close to a decade or more with the right maintenance and care.   Used Ford Expedition

The longest-lasting used SUV for under $20,000 is the 2013 Ford Expedition large SUV, which offers three full rows of seating. It comes with a powerful V8 engine and provides a smooth ride, which makes it a capable family hauler for those who need a lot of cargo and passenger room. Family-friendly features include rear seats that fold easily into the floor to expand cargo space and a spacious third row that is comfortable for passengers of all sizes. Its luxury equivalent, the Lincoln Navigator ranks seventh for those who want something more sophisticated. A 2013 Ford Expedition for sale can be found for an average of $16,685, while a 2013 used Lincoln Navigator costs an average of $17,693.

Another full-size SUV ranks second, the Chevrolet Suburban, which offers good fuel economy for its class with an EPA-estimated 15/21 mpg city/highway. The 2013 used Chevy Suburban has an upscale cabin and offers seating for up to nine with a spacious third row.  Standard features include a USB connection and bluetooth connectivity, while a rear-seat entertainment system, dual-zone automatic climate control, a rearview camera, heated and cooled front seats and heated second-row seats are available on higher trim levels.  A 2013 Chevrolet Suburban for sale costs an average of $17,996.

Two additional full-size SUVs from General Motors join the Suburban to include the GMC Yukon and its extended length variant the GMC Yukon XL. These vehicles include a standard nine-speaker Bose audio system and Bluetooth pairing capabilities. Both models can fit seven to nine passengers depending on configurations. The standard Yukon offers average cargo room for its class while the Yukon XL offers extra room that is comparable to the Suburban. A 2013 used GMC Yukon XL costs an average of $18,451, while a standard used GMC Yukon costs $19,518.

The last GM full-size SUV to make the list is the fifth-ranked Chevrolet Tahoe. Like its classmates, it has a powerful V8 engine that earns decent fuel economy estimates compared to its competition. It has an upscale cabin and is easy to drive and maneuver despite its large size. The average price of a 2013 Chevrolet Tahoe for sale is $19,072.

Ranked eighth is the 2015 Honda Pilot midsize SUV, which is a spacious three-row crossover SUV that appeals to those who want a family-friendly hauler but don’t want a behemoth full-size SUV.  The popular minivan alternative has a 250-horsepower V6 engine with standard features including a rearview camera, an 8-inch infotainment screen, and Bluetooth connectivity. The top-tier Touring trim adds rear parking sensors as a safety feature. It is the last model year of the vehicle’s previous generation that underwent a redesign in 2016. It’s luxury equivalent, the Acura MDX ranks ninth for its 2013 model year vehicle.

An American midsize SUV, the Dodge Durango, ranks eleventh. The midsize Dodge Durango offers three rows of seating with ample cargo and passenger room. It comes with two powertrains: a 290-horsepower V6 engine or a powerful 360-horsepower V8 for those who want a more rugged family vehicle. A 2013 Dodge Durango for sale can be found for an average price of $15,027.

The full-size 2013 Nissan Armada ranks thirteenth. With seating for up to eight passengers, it is a practical choice for a family hauler. It comes standard with dual-zone climate control and Bluetooth connectivity and safety features like a rearview camera are also available. A 2013 used Nissan Armada costs an average of $16,056.

The Hyundai Santa Fe for the 2015 model year ranks fourteenth. It is among the best-rated midsize SUVs in its class, and comes in both two- and three-row configurations. It has a refined cabin and boasts many tech features like proximity key entry and a push-button start. A used Hyundai Santa Fe from 2015 costs an average of $16,725.

When it comes to buying a used car under $20,000, a reliable used SUV saves you a great deal of money compared to a brand new car. When buying used vehicles, be sure to always get a vehicle history report such as Carfax or Autocheck and have it inspected by a trusted mechanic along with taking a test drive. Be sure to refer to the iSeeCars VIN Check report that provides you with all the information you need to decide if you are making a smart car buying decision.

If you’re interested in a new car or a used car, be sure to check out iSeeCars’ award-winning car search engine. It uses advanced algorithms to help shoppers find the best car deals across all used SUVs from subcompact to full-size and provides key insights and valuable resources, like the iSeeCars VIN check report. Filter by make, model, price, and special features to find the best deal on your next vehicle.