Ideal Car Payments A Fantasy For Many Americans 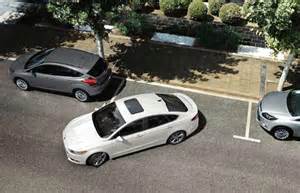 It's no wonder that so many American households still struggle to save  money when total car payments are up to 140 percent higher than the amount that finance experts recommend.

Using Mint.com and personal finance experts’ "20-4-10 rule" that a consumer make a 20 percent down payment on a car, finance it for no more than four years and have a monthly payment of no more than 10 percent of their household income, iSeeCars.com found that just two of the 50 top major metropolitan areas come close to meeting the "ideal" financial situation for their car loans. The average car payments in the New York and Washington D.C. metro areas are just 12 and 14 percent above the ideal recommended levels, respectively. Interestingly, the third-ranked San Jose-Sunnyvale, California region (also the place with the highest median income according to the Census Bureau) has the highest percentage of affordable vehicle listings, yet the median household spends 20 percent more on cars than they should.

In the least affordable area, New Orleans, Louisiana, the average household is spending a whopping 140 percent more on cars than in an ideal situation.  "The reality is that the low annual household income in some parts of the country is forcing people into car payments that are higher than they'd like, or for a term far longer than ideal, just to make them more affordable," said iSeeCars.com CEO Phong Ly.

In metro New York, where the financial situation is closest to ideal, the average household is spending $3,173 more than finance experts recommend over the life of the household's car loans. However, Houston, Texas, the city metro with the largest dollar difference between ideal and reality, is spending $26,202 more on average. Such astronomically high increases in spending make it no surprise that the Federal Reserve found that in 2013, the proportion of families reporting that they had saved money in the preceding year was 53.0 percent, substantially lower than the 2007 pre-recession level of 56.4 percent. "It is critically important for car shoppers to not focus just on the monthly payment, but also the loan length and interest rate, so that they get a clear picture of the overall cost of the car loans in their household," said Ly.

The metropolitan areas with the least affordable cars - cities where residents are most likely to overextend their finances are:

"When you overextend yourself, it makes it harder to keep up with your monthly payments and often next-to-impossible to save. The households in these regions that are at or below the median income are at a major disadvantage when it comes to buying a used car and staying ahead of the curve financially," said Ly. "Getting as close to the ideal situation as possible makes it more likely that Americans will be able to save money, or put that money toward paying down other debt."

iSeeCars.com analyzed about 25 million cars for sale from September 1, 2013 to September 1, 2014.  50 of the largest U.S. city metros were studied.  For each city, the “Reality” total car payment for a household was calculated based on the average price of the cars for sale in the city and using the latest data for average used car loan rates of 8.8%, loan term of 61 months, and down payment from Experian Automotive's State of the Automotive Finance Market reflecting Q2 of 2014.  To calculate the "ideal" scenario, Mint.com's "20-4-10 rule" (20 percent down payment, finance for four years, spend no more than 10 percent of household income) was applied.  Median household income was calculated using the latest data from the Census Bureau (2012) and adjusted for inflation.  The number of vehicles per household was also calculated using 2012 U.S. Census Bureau data.  State insurance premium data came from the National Association of Insurance Commissioners.