Woburn, MA, November 8, 2013 –iSeeCars today released a list of the 20 largest U.S. cities and how they compare by percentage of cars with the best and worst miles per gallon.  iSeeCars analyzed 25 million used cars listed on iSeeCars.com  over the past year and found that Los Angeles metro area has almost twice the number of fuel efficient cars as New York city.  iSeeCars defines best MPG cars as eco-friendly cars having 30 miles per gallon or higher and worst MPG as gas guzzlers with 22.5 miles per gallon or lower. 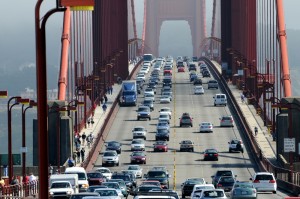 Based on the iSeeCars analysis, “The top 3 cities with the highest percentage of eco-friendly cars are all in California, perhaps not too surprising since the state has some of the best incentives for buying hybrid and electric cars,” says Phong Ly, CEO of iSeeCars.  San Francisco metro area leads the way where almost 10% of the vehicles are eco-friendly.

iSeeCars is a car search engine that helps consumers find the best deal by providing key insights and analysis about each used car.  The proprietary iSeeCars algorithm ranks cars by calculating an overall score based on analysis of the car’s condition, history, negotiability, price and the seller. Based in the Boston area, iSeeCars was founded by former TripAdvisor and SAP developers and executives determined to improve the used car shopping experience for consumers.

» Most Popular Car Colors
» Cars People Keep the Longest
» Most Popular Cars in America
» Best Used Cars for 2020
» Black Friday Car Deals for 2019
» Best Time to Buy a Used Car
» Cars That Hold Their Value
» Tesla Colors: Which Offer the Most and Least Deals?
» Car Colors With the Most and Least Deals
» RWD vs. FWD: Which is Better?
» 4-Wheel Drive (4WD) vs All-Wheel Drive (AWD): The Key Differences
» How Long Do People Keep Their Cars?
» Deals on Excess 2018 New Car Inventory
» Cars With the Most Average Miles Driven Per Year
» Best Places to Buy a Used Car
» Off-Lease Cars: What Are the Best Deals?
» The Most Dangerous Cars in the U.S.
» Tesla Model S is the Fastest-Selling Used Luxury Car
» Cars People Give Up Within the First Year
» The Longest-Lasting Cars to Reach 200,000 Miles and Beyond
Show More
Show Less