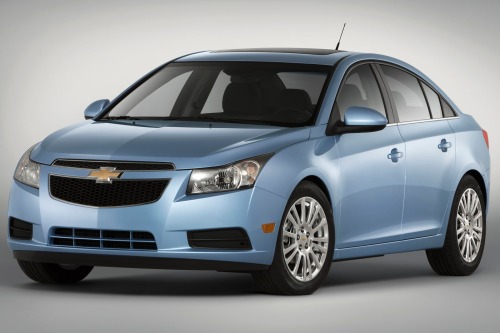 With the massive Takata airbag recall in the news and a record 52 million cars recalled so far this year, the time and inconvenience (not to mention the safety issues) involved with a recall should be top-of-mind for any consumer shopping for a used car.  iSeeCars.com analyzed the 35 most widely available cars for sale from the 2007 to 2013 model years to determine which cars had the most number of recalls on average. Many competing cars had wildly different average recalls, translating to lost hours and inconvenience for consumers.

“Recalls are of course detrimental to the safety of the driver and the car's occupants, but they also represent a huge headache for consumers," said iSeeCars.com CEO Phong Ly.  Each recall can lead to several hours of lost time. "It's a multi-step process," explained Ly. "You need to call to make an appointment with the dealer, then there's the driving to the dealership, waiting in line and waiting for the repair to be performed or for them to provide you a loaner car. Then you repeat the process again in reverse when the repair is complete." At an estimated average of three hours per recall, the hours lost range from 2.2 to 14.4 hours among the 35 car models studied.

The Top 15 Cars with the Highest Average Number of Recalls are:

For large recalls, dealers may not have enough loaner cars to meet the demand, so they may rent a car for the consumer, which is even more time consuming. And in some cases, such as with the current Takata airbag recall, consumers may have to go through the process twice, as some automakers are instructing dealers to disable the airbag if parts are unavailable, and to have the owner bring the car back when parts become available.

"The loss of time and inconvenience of visiting the dealer for multiple recall repairs is dramatic for these cars compared to many of their competitors," said Ly. "For used car shoppers who are considering competing models, they would be wise to consider average recalls for all the models they are considering before they make a final decision.

Chevrolet Cruze, ranked first, had an average of 4.8 recalls, while Ford Focus and Honda Civic experienced 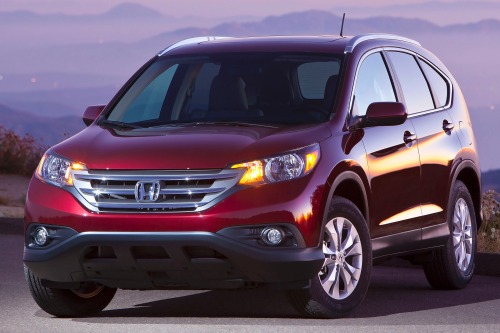 "While the general rule of thumb could be used when car shopping, wise consumers should also use the National Highway Traffic Safety Administration's website at SaferCar.gov to check for recalls on the specific model year they are considering before they buy," said Ly. Comparing the Toyota RAV4 versus the Honda CR-V, the CR-V had a higher average than the RAV4 for both the 2012 and 2013 model years. Another competing model, the Ford Escape, which made news for its spate of recalls within the last year, actually had substantially fewer recalls on average over the model years studied at 2.6. "For the 2007-2012 model years, Escape had just 1.7 recalls on average, which gave it a much lower ranking in our study than RAV4 despite the 12 recalls in the 2013 model year," said Ly. 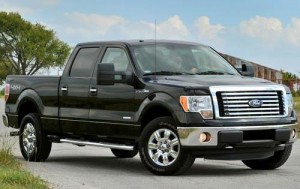 Similarly, while the Ram 1500 had substantially more recalls on average than the Ford F-150 (1.9 average recalls), the number of recalls in the 2007 and 2011 model years were comparable across the two models. "As a result, a used car shopper would not necessarily be buying a pickup with a lower propensity to be recalled if he bought a Ford F-150 over a Ram 1500 in either of those model years," observed Ly.

While there are many factors to consider when purchasing a used car, considering the frequency of recalls for these model years should be part of the research process. "With such serious recalls as the recent Takata airbag recall, consumers will want to confirm that all recalls are complete, ideally before they buy any used car, by entering the car's VIN in the SaferCar.gov database," said Ly. "For cars that have unrepaired recalls, they'll need to factor in the time required to have those repairs completed before they decide to buy."

iSeeCars.com analyzed about 10 million cars for sale from January 1, 2014 to August 1, 2014, encompassing all vehicles from the 2007-2013 model years, to determine which vehicles were the most widely available for sale. From that list of 35 cars, it determined the 15 models with the highest number of recalls on average.  All recall campaigns up until October 8, 2014 for vehicles from the 2007-2013 model years were included. The average number of recalls  was determined for each vehicle model by first calculating the number of recalls at each style/trim level (not the total number of recalled units) across the seven model years. The total number of recalls was then divided by the total number of style/trim levels for each model. Competing models were then selected for certain cars on the Top 15 list to see how they compared to direct competitors.  An average of three hours per recall was estimated by assuming an hour of travel time round-trip to the dealer, and an average of two hours for paperwork and repair/rental car wait time.  Repair time was estimated through researching a sample of recall-related repairs, such as dealing with tires (30 minutes), rack and pinion (6 hours), repairing the fuel system (4 hours), throttle position sensor (30 minutes), throttle body unit (1 hour), and windshield wiper motor (1 hour).