Which States Have the Most Convertibles?

The iSeeCars team looked at the sales figures for vehicles over the past year and wondered which states have the most convertibles being sold in them. Looking at 15 million cars, the results were a mixture of surprise and the obvious.

The national average for convertible sales over the past year is about 1.9 percent of all vehicles sold. Most states fall somewhere near this number in total convertible sales. But some states are far higher than that.

The top three states for convertible sales are Florida, Arizona and California, with 3.6 percent, 2.8 percent, and 2.7 percent of vehicle sales being convertibles in those states, respectively. Those states are obviously warm, sunny places with high average temperatures. The number of “convertible driving days” in those three states is far higher than the national average. These states are followed by Nevada, Georgia and South Carolina, which have similarly sunny weather. 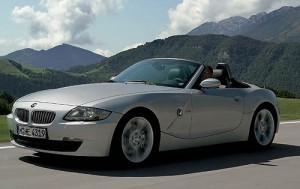 Some states like New Jersey and Connecticut (2.1 percent convertible sales) are a bit of a surprise as they have colder weather and fewer convertible weather days. They do have high income averages, being third and fourth in the nation for median household income levels. Convertibles tend to cost more than the average car, $26,984 compared to $19,403. Virginia, also at 2.1 percent, has both warmer weather and ranks 8th in median household income.

iSeeCars.com analyzed over 15 million used cars sold in the U.S. between April 1, 2016 and March 31, 2017. The number of convertibles sold in each state was expressed as a percentage of the total number of sales, and the resulting percentage share was used to rank all 50 states. Median household income data comes from the U.S. Census ACS 2015 5-Year estimates.

» New Cars With the Most Excess 2019 Inventory
» Cars with the Greatest Slowdown in Sales Due to COVID-19
» Best Affordable Used Cars
» Longest-Lasting Cars to Reach 200,000 Miles and Beyond
» Buying a Used Vs. New Car: Which Provides the Better Deals?
» Most Popular Car Colors
» Cars People Keep the Longest
» Most Popular Cars in America
» Best Used Cars for 2020
» Black Friday Car Deals for 2019
» Best Time to Buy a Used Car
» Cars That Hold Their Value
» Tesla Colors: Which Offer the Most and Least Deals?
» Car Colors With the Most and Least Deals
» RWD vs. FWD: Which is Better?
» 4-Wheel Drive (4WD) vs All-Wheel Drive (AWD): The Key Differences
» How Long Do People Keep Their Cars?
» Cars With the Most Average Miles Driven Per Year
» Best Places to Buy a Used Car
» Off-Lease Cars: What Are the Best Deals?
Show More
Show Less