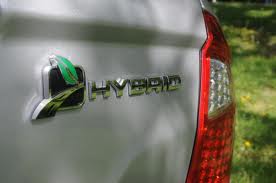 With average U.S. gas prices declining nearly $1.50 per gallon since last September and speculation about how current gas prices will affect consumers’ car purchases, iSeeCars.com analyzed three years of historical data to identify exactly how buying patterns changed, and found a few surprises along the way.

To conduct the research, iSeeCars.com’s analysts used correlation and data from 27 million used car sales during 2012-2014 to mathematically determine the relationship between gas prices and different segments of vehicle sales: trucks, passenger cars, SUVs and CUVs, fuel-efficient cars and hybrids.

Not surprisingly, car buyers bought more used pickup trucks when gas prices were lower than when they were higher. iSeeCars.com’s analysts found a moderately strong inverse relationship with gas prices and truck sales (Figure 1). For every dollar that the average gas price decreased, monthly truck sales increased by about two percent. For example, when gas prices averaged $2.90 per gallon, pickup-truck sales represented approximately 11.5 percent of all used vehicle sales. When prices averaged $3.90 per gallon, they dropped to approximately 9.5 percent of all used vehicle sales. 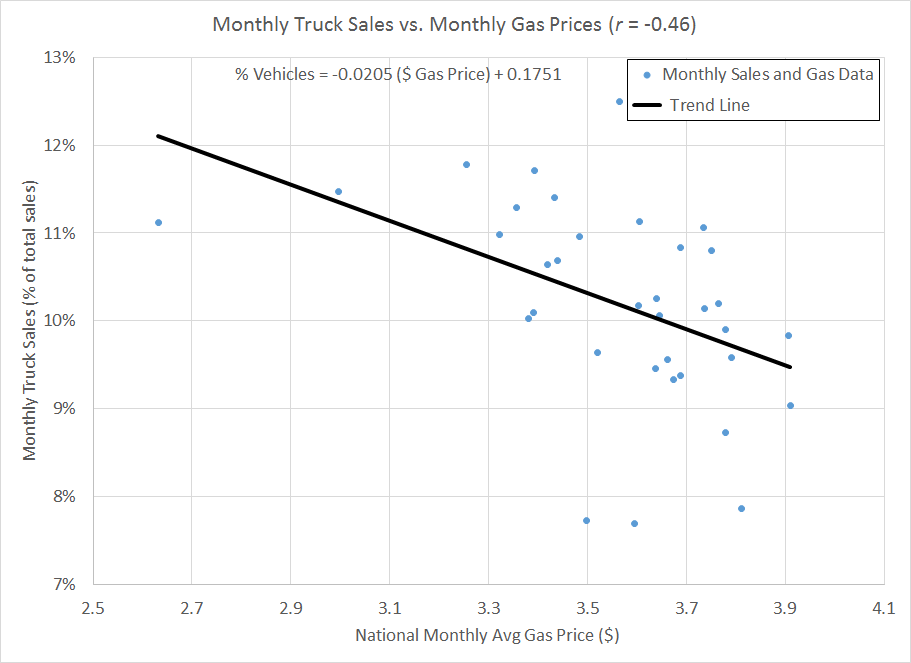 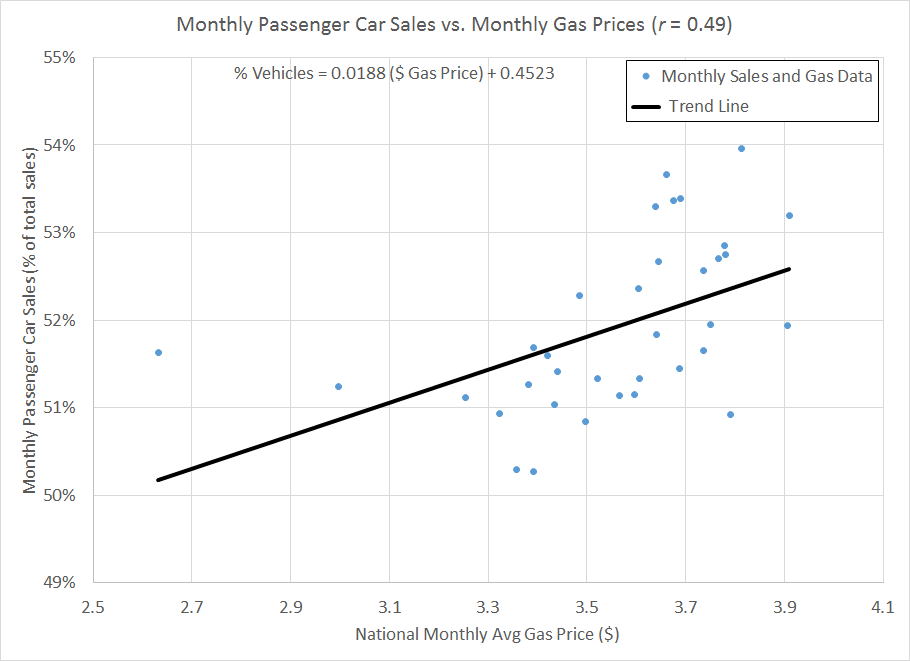 Unlike trucks and passenger vehicles, SUV and CUV sales did not show a strong correlation with gas prices. They had a similar trend to pickup trucks, but at a much slower rate. For every dollar the average gas price decreased, monthly SUV and CUV sales increased by just 0.7 percent.

“Clearly, SUV and crossover buyers are not as concerned with fuel costs as they are with purchasing the car they really want,” said Phong Ly, CEO of iSeeCars.com. “Part of the reason for the difference in SUV buyer behavior compared with pickup trucks might be that this segment is much closer in fuel efficiency to passenger cars than pickups.” In the company’s analysis, the average fuel economy for pickup truck sales was 14.3 miles per gallon, while the average for SUVs and CUVs was 19.3 mpg, and passenger cars’ average mpg was 25.3. 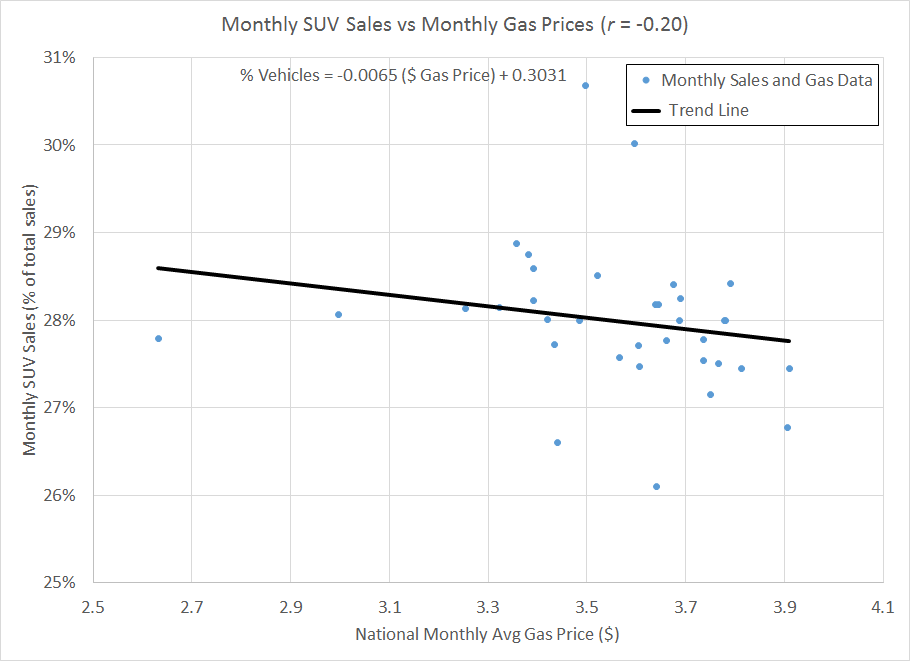 “When consumers aren’t buying so-called ‘gas guzzlers,’ they seem to shift toward slightly more fuel-efficient vehicles only -- not toward the vehicles with a substantial improvement in fuel efficiency,” said Ly.

Unexpectedly, iSeeCars.com’s analysis found a weak relationship between hybrid car sales and gas prices (Figure 6), which may indicate that hybrid car buyers are choosing to buy these vehicles based on other factors beyond just gas prices. “Our data shows that car shoppers are choosing larger vehicles that still suit their needs in terms of passenger capacity and cargo capability, and they’re perhaps compromising only slightly in these areas or even simply choosing a more fuel-efficient powertrain within a model’s lineup,” said Ly. 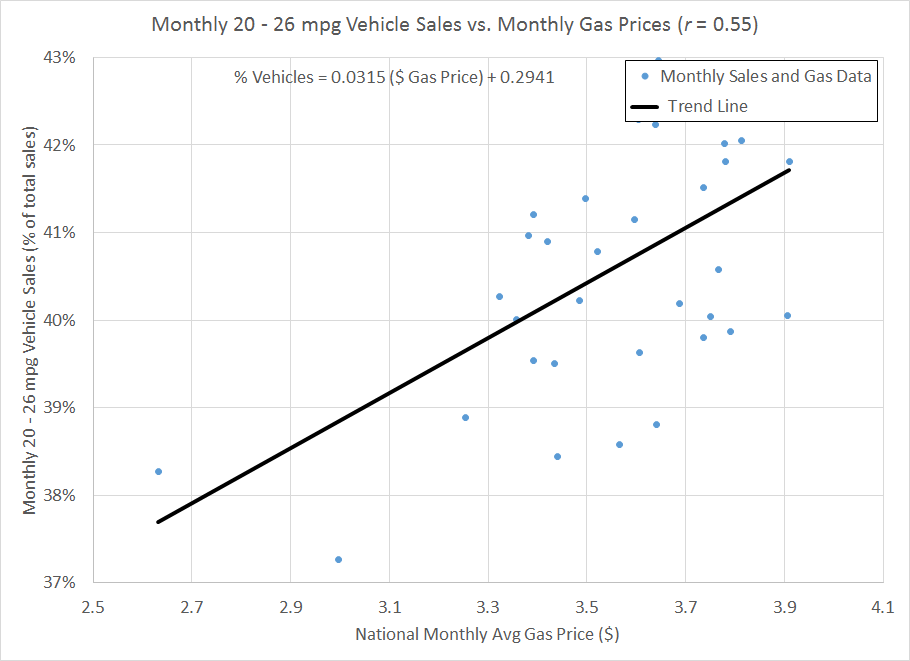 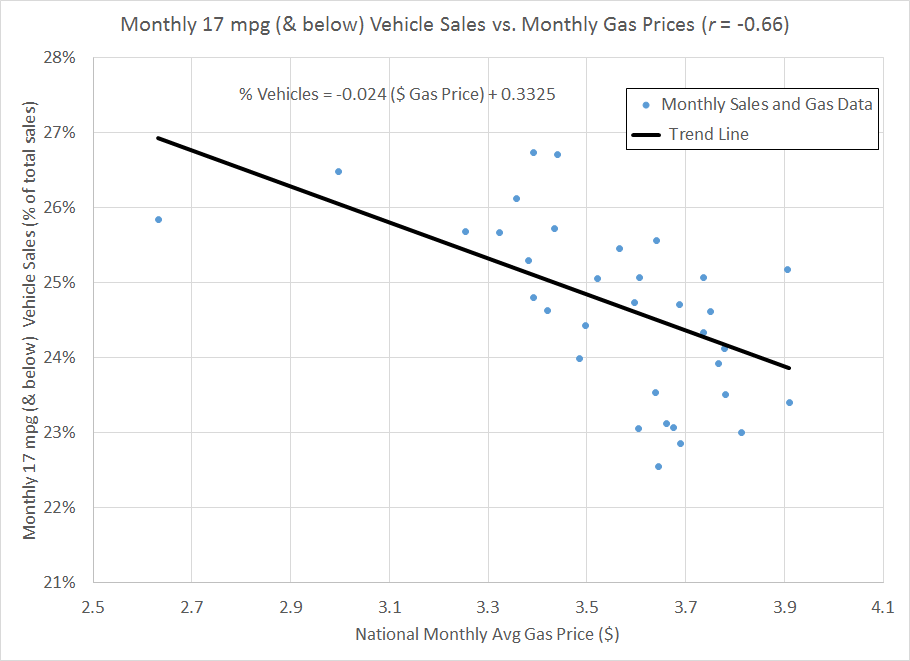 Figure 5: Monthly sales of vehicles with 17 mpg and below vs. national monthly average gas price 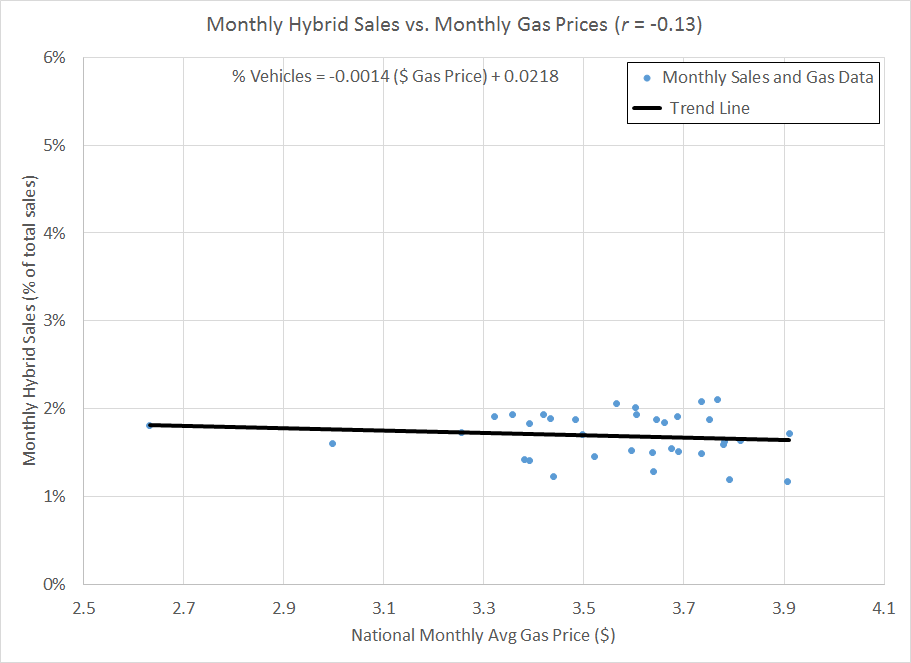 iSeeCars.com analyzed over 27 million sales of used 2010 to 2015 model year vehicles sold between January 1, 2012 and December 31, 2014, and compared them to national monthly average gas prices obtained from the U.S. Energy Information Administration over the same period. The numbers of unit sales of trucks, passenger cars (defined as sedans, hatchbacks, coupes and convertibles), hybrid vehicles, vehicles with 17 mpg and below, and vehicles with 20-26 mpg, were expressed as a percentage of the total number of sales per month. These categories were compared to gas prices in an effort to discover whether there were changes in consumers’ purchasing behaviors that followed fluctuations in gas prices.

Trend lines were also fit to each dataset, and the equation of the line is shown in the upper left-hand corner of each graph. The slopes of these lines indicate the change in percent of monthly sales for every dollar change in average gas price.

» Buying a Used Vs. New Car: Which Provides the Better Deals?
» Most Popular Car Colors
» Cars People Keep the Longest
» Most Popular Cars in America
» Best Used Cars for 2020
» Black Friday Car Deals for 2019
» Best Time to Buy a Used Car
» Cars That Hold Their Value
» Tesla Colors: Which Offer the Most and Least Deals?
» Car Colors With the Most and Least Deals
» RWD vs. FWD: Which is Better?
» 4-Wheel Drive (4WD) vs All-Wheel Drive (AWD): The Key Differences
» How Long Do People Keep Their Cars?
» Deals on Excess 2018 New Car Inventory
» Cars With the Most Average Miles Driven Per Year
» Best Places to Buy a Used Car
» Off-Lease Cars: What Are the Best Deals?
» The Most Dangerous Cars in the U.S.
» Tesla Model S is the Fastest-Selling Used Luxury Car
» Cars People Give Up Within the First Year
Show More
Show Less