Vehicles subject to the Takata recalls have dropped in price up to 3.5 times more than comparable cars

With 17 million cars and 10 different automakers affected by the Takata airbag recalls, iSeeCars.com analyzed more than 19 million car listings to determine if the Takata-affected vehicles experienced a greater drop in price than those not subject to the recalls.

The study also focused on individual models to determine which ones were the most affected by the recalls. The average price declines for the top 10 models ranged from 1.3 to 3.5 times more than the average declines for similar cars not subject to the recalls. Here are the 10 recalled cars with the biggest price drops compared with similar cars from the same model years:

The Mazda RX-8 ranked first with an average price drop 3.5 times greater than similar non-recalled cars, which is equivalent to ?$763. The Infiniti FX35/FX45 ranked second with a 2.6 times greater drop in price, or a difference of $1,131, which was the largest dollar amount for all Takata-recalled vehicles.

Honda, the automaker with the largest proportion of cars in the recalls, had two models in the top 10 list: the CR-V and Pilot. They both dropped in price 1.3 times more compared with similar non-recalled cars, or ?$593 and ?$291, respectively. 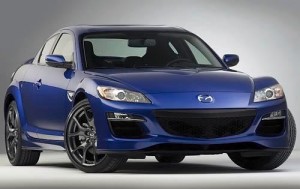 "It seems like the dramatic risk of injury associated with these defective airbags may have led to a decrease in perceived value. Since most consumers trade in their cars rather than sell them privately, it means they’re getting hit even harder on their trade-in values," said iSeeCars.com CEO Phong Ly.

“While these substantial price drops could be a boon for shoppers, car buyers still need to use caution,” said Ly. The National Highway Traffic Safety Administration says that, on average, 25 percent of all recalled cars go unrepaired because the owners may not be aware of the recall or can’t find the time to bring the cars in for the repair. There is currently no law that requires private party sellers or used car dealers to complete all recall repairs before selling a car. 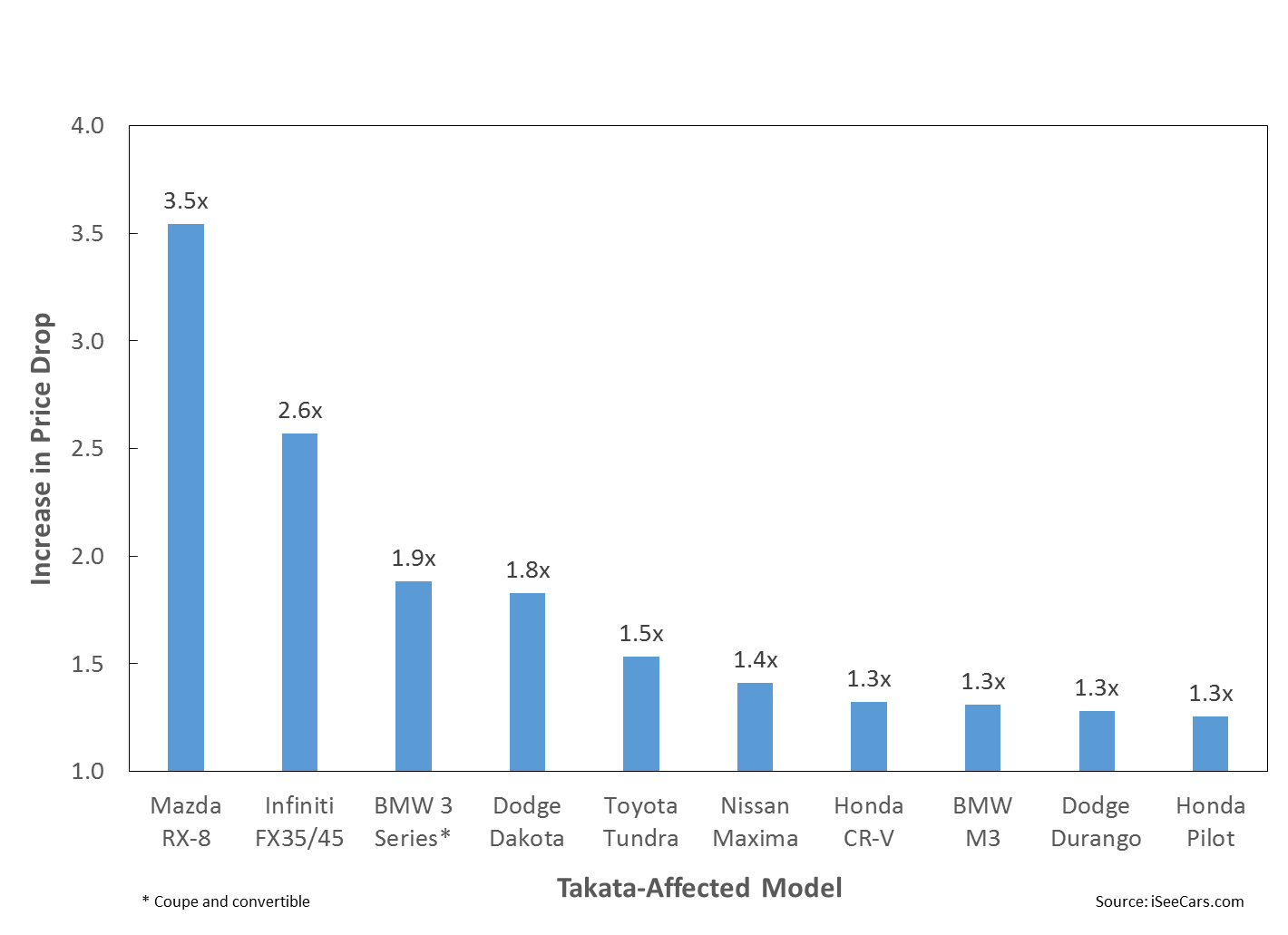 “Even if they’re aware of the recall, people selling cars affected by the Takata recalls may not have had the repairs done simply because replacement parts are not readily available for all cars,” said Ly. “Consumers who buy cars with incomplete recall repairs should remember that there’s a serious risk of injury and even death if the airbag deploys. They should immediately contact a local dealer to get the car repaired and ask what they should do in the meantime if they have to wait for any parts.” 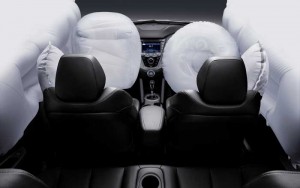 Although the prices of cars affected by the Takata recalls have been negatively affected, sellers don’t necessarily have to lower the price to attract potential buyers.

“If you must sell the car right now, try to get the car repaired first and let buyers know the recall repair is done,” said Ly. “This will give you peace of mind that you’re selling a car that’s safe, and it should also give buyers enough peace of mind that they’re willing to pay closer to what the car would be worth if it hadn’t been affected by the recall.”

iSeeCars.com encourages all consumers who are buying a used car to get the vehicle identification number from the seller before finalizing a sale and use it to search the Recall Database on SaferCar.gov to check if the car has any outstanding recalls.

iSeeCars.com analyzed over 19 million used vehicles for sale from October 2013 through February 2014, and from October 2014 through February 2015, dividing them into models affected by the Takata recalls (as listed by the National Highway Traffic Safety Administration) and those not affected by the recalls. The differences in price for the two periods were compared across the two groups.