If Men are from Mars and Women are from Venus, Mars would have 12% more red and orange cars than Venus

BOSTON, Mass. (November 27, 2013) – Past studies have shown favorite colors of men and women do differ, but how do they vary when it comes to selecting car colors?  iSeeCars.com decided to find out by doing a first-of-its-kind study, spending a year tracking and analyzing the colors and types of cars that male and female website visitors were inquiring about. 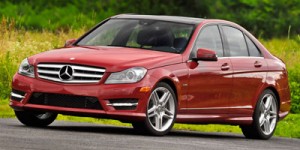 “It’s one thing to say you like a car color, and another to actually move forward in the used car shopping process to contact the seller about that color car,” Phong Ly co-founder and CEO of iSeeCars said. “ iSeeCars conducted a study of 30 million used cars listed on iSeeCars.com over the past 12 months and of hundreds of thousands of consumers who had inquired about a car on iSeeCars.com.”

Car Colors Men have a Stronger Preference for than Women:

Car Colors Women have a Stronger Preference for than Men:

For the car color choices of women, used minivans, sedans, and wagons are the most popular car types for silver.  Brown and gold/beige are not common car colors – only making up about 4% of the 30 million used car listings, but those colors are painted on more minivans and SUVs than any other types of cars.

“These study results could suggest that women are more practical in their choices. For the most part, they may just want to buy a reasonably priced car that safely drives them around,” Ly said. “On the other hand, for men, perhaps they may be a bit more idealistic about cars, preferring something that has speed and is fun to drive.”

iSeeCars analyzed more than 30 million used cars listed for sale on iSeeCars.com over the last year and studied hundreds of thousands of inquiries of consumers who contacted the seller about a specific car listing.  The color preferences are based on calculating and comparing the percentage of inquiries from both genders for each color group.