FWD vs AWD: What's the Difference? 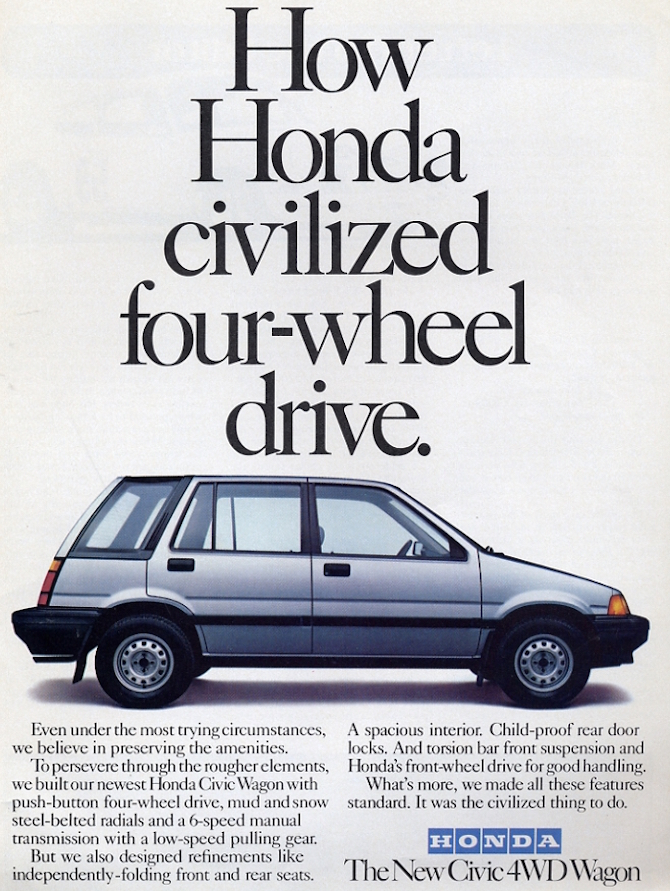 The majority of mainstream cars and crossovers come standard with front-wheel drive, but many of these models offer all-wheel drive for a small upcharge. Automakers and dealerships love to tout the all-weather capability of all-wheel drive and the additional confidence it inspires during inclement weather. As a frugal shopper, it’s tempting to write off these claims as nothing more than marketing goulash, nothing more than another way for them to take money from your wallet and put it into theirs.

We’d caution against that stance, though. Though there doesn’t seem to be much of a difference on fair-weather days between the two drivetrain options, all-wheel drive can be a boon in bad weather. That said, depending on your location and driving needs, it might be overkill.

If you want a better sense of the major differences between the two systems, as well as their benefits and drawbacks, read on:

The first front-wheel drive cars were built way back before World War II, but it wasn’t until the 1980s that the design became mainstream. Now it underpins most sedans and crossovers on the market.

FWD is exactly what it sounds like: the front wheels act as the driven wheels, or the wheels that get the power from the engine. Before reaching the wheels, the power is first sent to a transaxle, wich is a part that acts as a sort of combination transmission and differential. The transaxle ultimately routes the power to the two front wheels.

One reason why this design has become the preferred layout for modern cars is because it is inherently efficient in terms of packaging and space utilization. A front-drive car doesn’t need a longitudinal transmission, driveshaft, or rear differential, all of which are necessary for rear-wheel and some all-wheel drive cars. By eliminating these components you can have a flat interior floor and a lower cargo hold. The result is a roomier interior.

FWD is also a safer option than rear-wheel drive, the reason being its behavior at the limits of grip and traction and control. If you lose control in a rear-drive car, it means that the rear tires broke traction - in other words, more power was sent to the tires than they could handle. At that point the tires lose their grip and start sliding. During such a slide the front end gets light and the rear end can come around quickly if you’re not careful. (For more details on the differences between RWD and FWD, click here.)

None of this is the case with front-wheel drive. In most instances, a front-drive car that is shoved into a corner too fast succumbs to understeer - a condition in which the car turns less than you’d like, known as understeer. When it happens it feels like you’re plowing into a corner. For anyone who isn’t a race car driver, this is the easier situation to deal with, as there’s no risk that the rear end will snap around and send you spinning.

Compared to all-wheel drive, FWD will return better fuel economy in just about every instance. With less heavy componentry to tote around and less mechanical parts to send power through, the front-drive car will usually eke out an extra one or two miles per gallon compared to its equivalent all-wheel drive model.

If there are any faults with front-wheel drive, it’s with issues concerning grip and performance. Take the dreaded phenomenon of torque steer, for instance. Ever mash the throttle of front-drive car, only to feel the steering wheel seemingly get yanked out of your hands as the car made a beeline for the road shoulder? That’s torque steer. It can plague high-performance front-drive cars and is a main reason for why there’s not many 300-plus horsepower front-drive cars on the road.

Another reason high-performance and front-drive don’t play well together is handling characteristics. That safer handling we mentioned earlier? Great for your mainstream crossover, but not so ideal for a sports car. More natural handling is found on all-wheel drive and rear-wheel drive cars.

And a word about grip. Yes, it’s been said time and again that front-wheel drive is superior to rear-wheel drive in the snow, and this is true. But that doesn’t mean front-drive is totally unflappable. You can certainly get a front-drive car to spin its tires in an unplowed parking lot, even with the weight of the motor pushing down on the front tires. A FWD car will not be as grippy or as surefooted in the snow as an all-wheel drive car.

Not too long ago, AWD was not much more than a curiosity, but today many buyers deem it an indispensable option when ordering up their new car. Underscoring this is that more and more new vehicles now offer it as an option, ranging from from muscle cars like the Dodge Challenger to compact cars such as the Mazda 3.

Most sedans and crossovers that are running AWD use what’s called a part-time system; this means that the all-wheel drive only kicks in when necessary. The rest of the time the system sends all the power to the fronts. If the car senses that the front tires are spinning or slipping, it prompts the dormant rear wheels to get to work.

Some systems, like that found in Subaru models, use a full-time AWD system. As the name implies, power is always sent to all four wheels regardless of conditions. In times when the weather does get nasty, the system may alter the power distribution between the four wheels. Full-time AWD is also found on performance cars; the Nissan GT-R, for instance, uses such a system to achieve its sub-3-second 0-60 mph time.

Be it a full-time or part-time system, better traction is the calling card of any AWD vehicle. It’s easier than it looks to get a two-wheel drive car in a situation where both driven wheels are spinning to no avail. That won’t be so quick to happen with an AWD vehicle; give all four wheels some power and odds are one of them has some grip to work with. This significantly lessens - though doesn’t eliminate - the chance of getting stuck somewhere.

Out on the road, an all-wheel drive car will also have better grip during cornering, be it wet or dry conditions. And it’s always useful on trail, where rutted forest service roads or knotty two-tracks can make for some hairy approaches to the trailhead.

If there’s a major downside to all-wheel drive, it’s cost. When you initially purchase a new AWD car you should expect to spend at least $2,000 more than if you had bought an equivalent front-drive model. And as you drive it you’ll spend more on fuel, too, as the additional hardware necessary to drive all four wheels makes for a heavier car and creates additional driveline losses. The one bright spot in all this is that some of the total ownership expense may be recouped at trade-in time, as resale value is better for AWD vehicles than FWD vehicles.

One of the unfortunate side effects of AWD is the sense of false confidence it can provide. Yes, it can help get you rolling from a stop during bad weather. But it will not let you stop any faster. It’s easy to get goaded into a false security as you trundle down an unplowed road in your AWD-equipped Honda CR-V or Toyota RAV4, but if you have to start braking you’ll be no better off than anyone else on the road, whether they have AWD or not.

Also, don’t confuse AWD with four-wheel drive. Sometimes people use the terminology interchangeably, but there’s major differences between the two systems: don’t expect to follow a Jeep Wrangler into the mountains with your Subaru Forester. For a full explanation of how AWD and 4WD differ, click here.

Front-wheel drive is cheaper to buy and cheaper to run, but it doesn’t offer the peace of mind that an all-wheel drive system provides. AWD, on the other hand, is better in inclement weather but costs more money, both upfront and throughout ownership. So which is better?

As always, the answer depends, particularly with where you live. A buyer in Duluth, MN would benefit more from an all-wheel drive vehicle than a buyer in Atlanta, GA. Generally, the demarcation point where all-wheel drive is not really needed lies along the southern edge of the snow belt.

Yet that doesn’t mean you must buy AWD if you live in a place where snow and ice make a yearly appearance. If you live up north but really don’t find yourself ever leaving the pavement, winter tires are an excellent alternative. In fact, a front-drive car with four winter tires will be better in most winter road conditions than an all-wheel drive car running a set of all-season tires.

That said, those who live on dirt roads, mountainous areas, or other remote, terrain-challenged places will want the extra grip of all-wheel drive. There you’ll want all the grip you can get, and a set of snow tires on a FWD car might not cut it.

If you’re in the market for a car, you can search over 4 million new and used cars with iSeeCars’ award-winning car search engine that helps shoppers find the best car deals by providing key insights and valuable resources, like the iSeeCars VIN check report. You can narrow down your search by selecting your drive type of choice, or you can compare vehicles across all drive types.