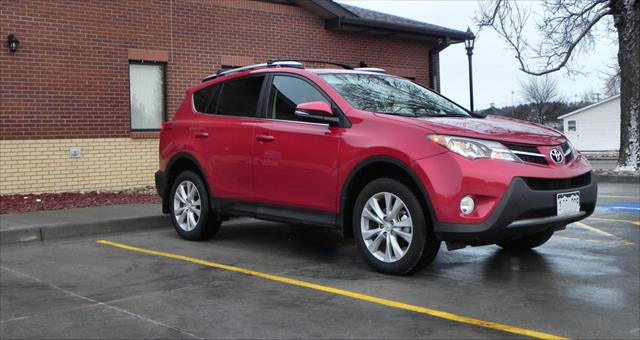 Overview (Final Score: B)
The 2015 Toyota RAV4 is the continuation of the newest generation of the compact crossover that popularized the category for consumers. The RAV4 was introduced by Toyota back in the mid-1990s and is now in its fourth-generation. When introduced, it was one of the few compact crossover SUV options on the market and was the first to become very popular among consumers. Today, the 2015 RAV4 is much more contemporary, but still holds bold styling and a lot of small family goodness.

The current-generation RAV4 was introduced in 2013 and has seen some small improvements on that upgrade to become a much more compelling buy for 2015. The 2015 RAV4 isn't without its foibles, of course, and they may be deal-breakers for some. In the compact crossover segment, though, the 2015 Toyota RAV4 is a solid contender with a stand-out look. 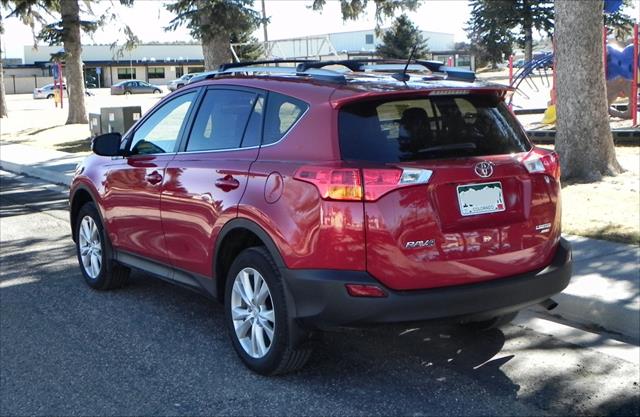 Exterior View (9/10 relative to market)
The RAV4 was redesigned for the 2013 model year for a sportier exterior look. Gone is the boxy feel of the previous-generation RAV4 and its spare tire can on the rear hatch. Instead, the new RAV4 has a sharp-nosed front clip, accented hood, higher, stronger fenders, and an arching roofline that tapers to a rear spoiler over a more contemporary liftback rear hatch.

A bold style line runs from the rear, top edge of the front fender along the doors, just below the sills, to the top of the bulging rear taillamps. This line and the bold fascia of the new RAV4 dominate its look and give it a much more aggressive and sporty appeal than it's had in previous generations.

Not everyone likes the new look, of course, as it can be polarizing, but most agree that it both stands out (an unusual trait for a Toyota vehicle) and makes a statement. Enough people like it that the Toyota RAV4 remains a top seller in the compact crossover market. 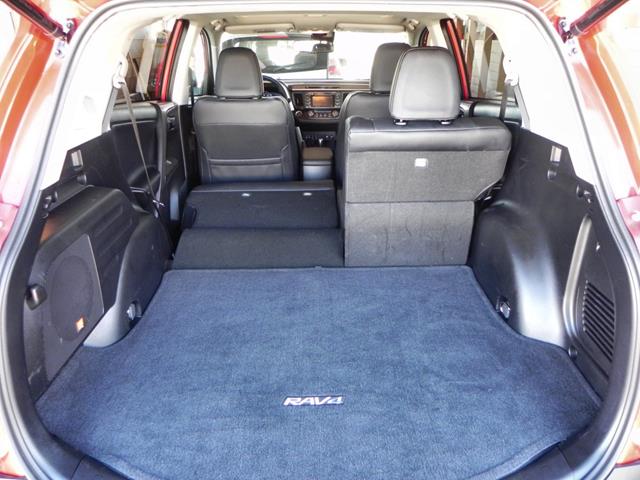 Interior Comfort, Quality, Ergonomics (7/10)
The 2015 Toyota RAV4 retains the modern interior design introduced two years ago. Curves and lines dominate the dashboard's look to good effect and create a lot of "wow" as well as extra storage usefulness. Beyond that, however, there is little about the RAV4's interior that stands out. Materials quality is good, but not excellent, and some controls are a bit forced. Storage away from the front passenger is also hard to find, leaving the back seat's occupants with few options.

The front seating in the 2015 RAV4 is good, with plenty of adjustment options and a nice flow. The new dashboard means that legroom and knee room is above par for the class. The rear seats are less comfortable and are closer to the floor than might be expected, making them knee-benders for adults. Children will be happy there, though. The rear seats do recline some, but folding the rear seats down flat for cargo expansion has a learning curve to it.

We like the low cargo floor and the new liftback hatch for this generation RAV4, but with the second row up, the cargo area is only 38.4 cubic feet in size. Some rivals offer more or a third row option, which also is not available in the 2015 RAV4. With the second row folded, though, cargo opens up to a generous 73.3 cubic feet. The low position of the rear seating plays into the low loading height and fold-flat seating. A power-operated automatic rear liftgate is now an option in the XLE and Limited models of the RAV4. 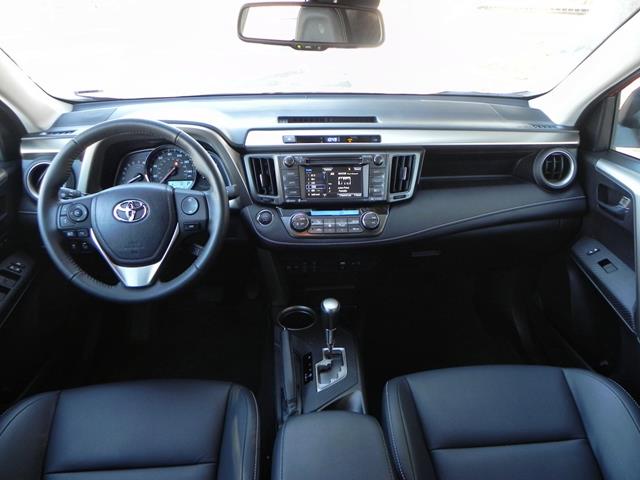 Technology (8/10)
Technology options in the 2015 Toyota RAV4 are good for the class. The infotainment system centers on the Entune system, but does not include the new Entune App Suite except in the upper level XLE and Limited models. This app suite allows smartphone users to install an app and control some aspects of the vehicle remotely (climate settings, remote start, etc) as well as utilize network-enabled apps like Pandora. The Entune App Suite requires installation of that smartphone app and registration for an account with Toyota.

That Entune system without the app is still full of solid functionality. The touchscreen interface is much-improved over previous generations of this system and most of the expected items like satellite radio, Bluetooth connectivity, etc. are available. When the RAV4 is on the move, though, we do note that the touchscreen can be a hassle to operate, requiring stiff "button" pushes to accept commands. This is a distraction on the road. 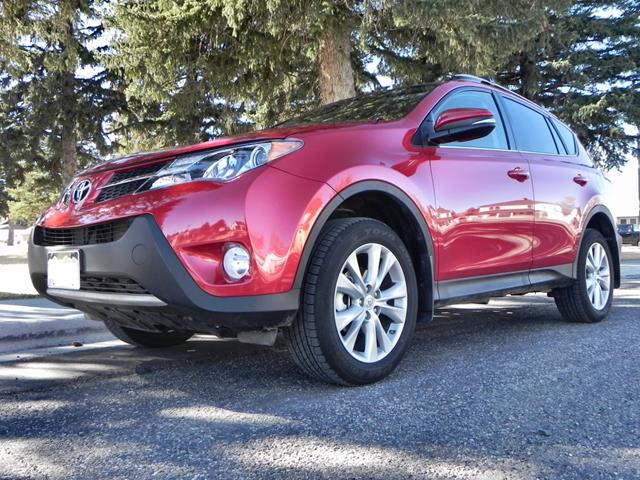 
Predicted Reliability, Initial Quality Ratings (8/10)
The 2015 RAV4 has undergone three recalls to-date. These include a recall for the power steering system, for exterior lighting, and for miscellaneous equipment. J.D. Power and Associates ranks the 2015 RAV4 as slightly above average in its Vehicle Dependability Study. For these reasons, we've given the RAV4 a good, but not stellar reliability score. 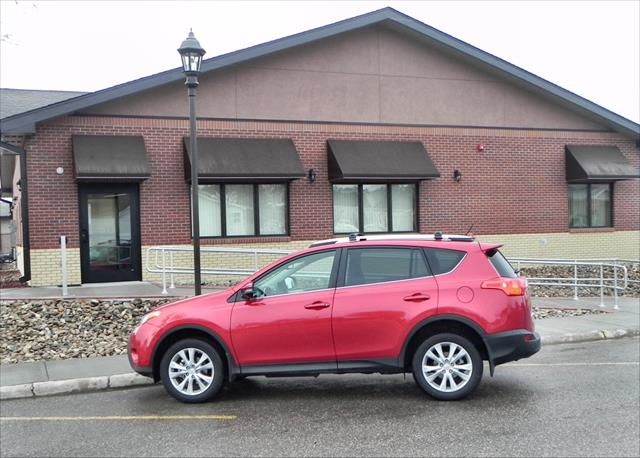 Safety (9/10)
This generation of the Toyota RAV4 had a rocky start with safety ratings, failing the new small-overlap front crash test from the Insurance Institute for Highway Safety. Toyota has remedied that, however, with changes to the front end's structure and now the 2015 RAV4 aces all of the IIHS' tests with top scores of "Good" in all categories. This earned it Top Safety Pick status.

In National Highway Traffic Safety Administration crash testing, the 2015 Toyota RAV4 also did well, with an overall score of 4 out of 5 stars.

These scores plus the excellent suite of standard safety equipment, including a rearview camera on all trim levels including the base model RAV4, prompted us to give high marks for safety to this crossover.


Performance (7/10)
The 2015 Toyota RAV4 utilizes a 2.5-liter four-cylinder engine that produces 176 horsepower and 172 pound-feet of torque. A six-speed automatic transmission is standard and the RAV4 can be had in either front-wheel or all-wheel drive. There is no manual transmission or V6 engine option available for the RAV4.

On the road, the 2.5L engine is peppy, but not robust. With four people in the crossover, a struggle to reach highway speeds can ensue as the transmission works to aid the engine in pushing the car up the onramp. Even at this, though, acceleration is acceptable and it will merge at speed, but the engine and transmission make protest in doing so. Once on the highway, though, things quiet down and the RAV4 does well at cruising speeds and is quieter than might be expected. In passing and hill climbing the transmission will shift often, which is an annoyance.

Around town, the 2015 RAV4 is an excellent daily drive. It's highly maneuverable and visibility is very good in this compact. In traffic, the RAV4 does well for the same reasons. The RAV4 is neither punchy nor aggressive in its drive appeal, but it is a good everyday get-around drive. 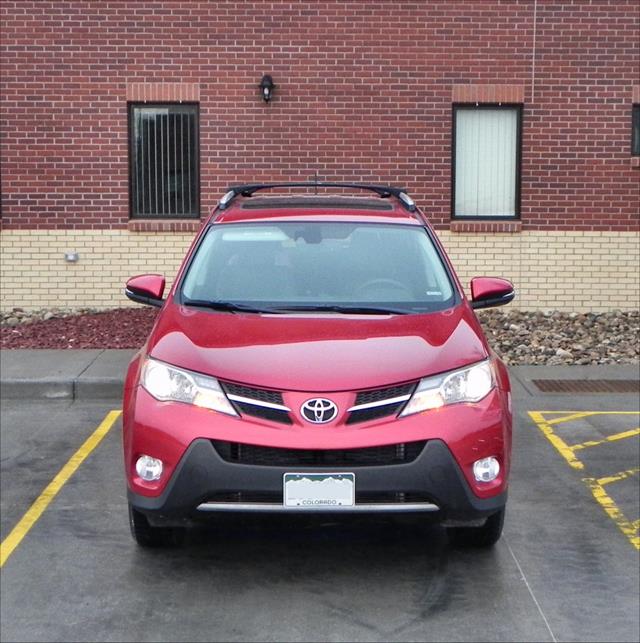 Pricing and Value (8/10)
The 2015 RAV4 is well-priced, but not low cost compared to others in the segment. The amount of equipment given for the price paid is about average for the compact crossover market, but higher usefulness with the large cargo area and easy loading are a boon here.

Mid-level packaging, where most consumers buy, is well-done in the RAV4 with a roughly $25,000 to $28,000 price tag resulting in a good amount of value for the dollars spent. Fuel economy is good in the RAV4, but not as good as some rivals, so some may wish to shop around if that's a priority. The MSRP for a well-equipped XLE model is in the $26,000 range and is where we think most buyers will get the most out of their monthly payments.


Total Score and Competitive Comparison (64/80, 80%)
The 2015 Toyota RAV4 is a solid entry in a very competitive compact crossover market. The Honda CR-V dominates this segment for sales and offers more cargo space and better passenger seating than does the RAV4. Driving style, fuel economy, and pricing are about the same for either choice.

Sportier drives can be found from the excellent Mazda CX-3, CX-5 and the Ford Escape. Cost-conscious consumers might also want to consider the Mitsubishi Outlander Sport and those looking for a more value-oriented rival for the RAV4 should consider the Hyundai Santa Fe Sport.

In the end, though, the 2015 RAV4 is a great choice for a small family with kids still in safety seats and for those with aging dogs or habits of going on occasional buying sprees. If your driving is primarily around town rather than on the freeway, the RAV4 is a very good option as well. Many are also drawn to the RAV4's racy looks and we can't blame them for that either.