What Is The Average Price Of A Used Jeep Cherokee By Model Year?

The Jeep Cherokee was introduced in 1974 and has undergone several iterations since. Each generation holds a model name by which it is known by enthusiasts. The 1974-1983 models are the SJ, the 1984-2001 models are the XJ, the 2002-2007 models as KJ, the 2008-2013 as KK, and the 2014 to present as KL. The original Jeep Cherokee SJ models were full-sized sport utility vehicles based on the Jeep Wagoneer, with a two-door body and seating for five or six. This model of Jeep literally began the phrase "sport utility" and started the SUV segment's naming. This first-generation of the Cherokee is considered collectible by many enthusiasts. The 1984 model year brought the XJ model of the Jeep Cherokee, rebranding the model as a compact sport utility. It moved away from the traditional body-on-frame chassis of the SUV and went to a unibody design. It became popular and started the new-generation SUV segments featuring smaller vehicles that were not body-on-frame designs. Of all of the Cherokee models, the XJ is the most well-loved in terms of fanbase, enthusiasts, and clubs. This generation of the Cherokee ran for about two decades. The KJ and KK platforms introduced in 2001 were called the Liberty in the United States and the Cherokee in other parts of the world. These continued the compact SUV trend of the Cherokee, but are not considered "Cherokee models" by most U.S. enthusiasts. Finally, in 2014, a new-generation Jeep Cherokee, the KL, was introduced as a mid-sized crossover SUV. Based on a Fiat Comapct platform co-developed by Chrysler and Fiat, the Jeep Cherokee is built in Toledo, Ohio and features modern styling and Jeep capability. This vehicle is known as the Cherokee globally. Since the beginning, Jeep Cherokee models have been five-seat utilities offering Jeep capability on and off the road. Sadly, they have also been associated with mechanical problems since their inception. The current-generation Cherokee is noted for low-mileage mechanical breakdowns including rough transmission shifts, engine stalls, and other transmission issues. These are usually covered under warranty.

The Cherokee is a two-row, small midsized crossover that offers legendary Jeep capability alongside daily use, on-road comfort and stability. Fully redesigned for the 2019 model year, the 2020 Jeep Cherokee remains largely unchanged from last year. The new changes included a new look, another engine option, and upgrades to daily usability.

The 2020 Cherokee sits in the Jeep lineup in between the larger Grand Cherokee and the smaller Compass. The Cherokee often enjoys a podium spot as the best selling Jeep in the nameplate's stable of vehicles as it hits a popular size point in between smaller compacts and larger family-toting options.

With seating for five and five trim levels to choose from, the 2020 Jeep Cherokee can be had with either front-wheel or all-wheel drive. There are three engine choices, all of which connect to a nine-speed automatic transmission.
See the full 2020 Jeep Cherokee Test Drive Review.

The Jeep Cherokee is a popular small crossover that offers Jeep capability with on-road comfort and everyday usability. For 2019, the Cherokee sees a full revamp that includes a new exterior look, a third engine option and more interior ergonomics.

The 2019 Jeep Cherokee is the second Jeep crossover to receive a new look, following the redone Compass. The Cherokee's new look now falls in line between the smaller Compass and the larger Grand Cherokee.

A small crossover-SUV with seating for five, the 2019 Cherokee comes in five trim levels with either front-wheel or all-wheel drive in most. Three engine choices are all mated to a nine-speed automatic transmission.
See the full 2019 Jeep Cherokee Test Drive Review.

The 2018 Jeep Cherokee is the last of this model's generation, with an all-new Cherokee being introduced for the 2019 model year. This doesn't make the 2018 Cherokee outdated, as it's a solid choice in the small crossover segment as-is. Changes for 2018 are minimal, but some of them - including trim fattening - are good news for buyers.

The 2018 Cherokee retains Jeep's legendary trail readiness, especially in the Trailhawk trim. It's also notable for a roomy interior, upscale feel and segment-topping infotainment. Surprisingly comfortable on the road and family-friendly, the Cherokee remains a great choice in the five-passenger crossover-SUV segment.

The 2017 Jeep Cherokee continues forward with the design revisions made a couple of years ago when this new generation of the Cherokee was introduced. For the 2017 model year, only minor trim changes and equipment revisions were made. Little needed changing in this excellent crossover in order for it to remain a top option in the compact segment.

The 2017 Cherokee retains the legendary Jeep penchant for off-pavement prowess. It's also notable for its roomy passenger space and smart infotainment system. Shoppers might also be surprised at how comfortable the Cherokee is on the road.

The Jeep Cherokee is a 5-passenger crossover-SUV offered in five trim levels, starting with the base model Sport and moving up to the top-tier Overland.
See the full 2017 Jeep Cherokee Test Drive Review.

The 2016 Jeep Cherokee sees little change from last year, but that doesn't mean it needed change. The Cherokee is offered in four trim levels with two engine choices and three drivetrain options. Among the small crossovers on the market, the 2016 Cherokee stands as the most offroad capable and unusually comfortable in the class.

For those looking for an around-town drive or a daily commuter, the Cherokee is probably not the first choice. For those who want a unique crossover with dependable fuel economy, solid offroad credentials, and a lot of daily use ergonomics, the Cherokee is definitely a winner.

There are some rivals to consider against this 5-seat crossover, but we think many who've avoided the Jeep brand may be surprised at how far the 2016 Cherokee has come and how competitive it really is.
See the full 2016 Jeep Cherokee Test Drive Review.

The 2015 Jeep Cherokee is a five-seat, small to midsize sport utility vehicle that is offered in a four- or six-cylinder engine and front- or four-wheel drive. It's noted for its unique look, excellent interior, and powerful offroad capability.

True to the Jeep name, the Cherokee can get you there, roads optional. It's a strong contender in what is the most popular and highly-contested vehicle market today. 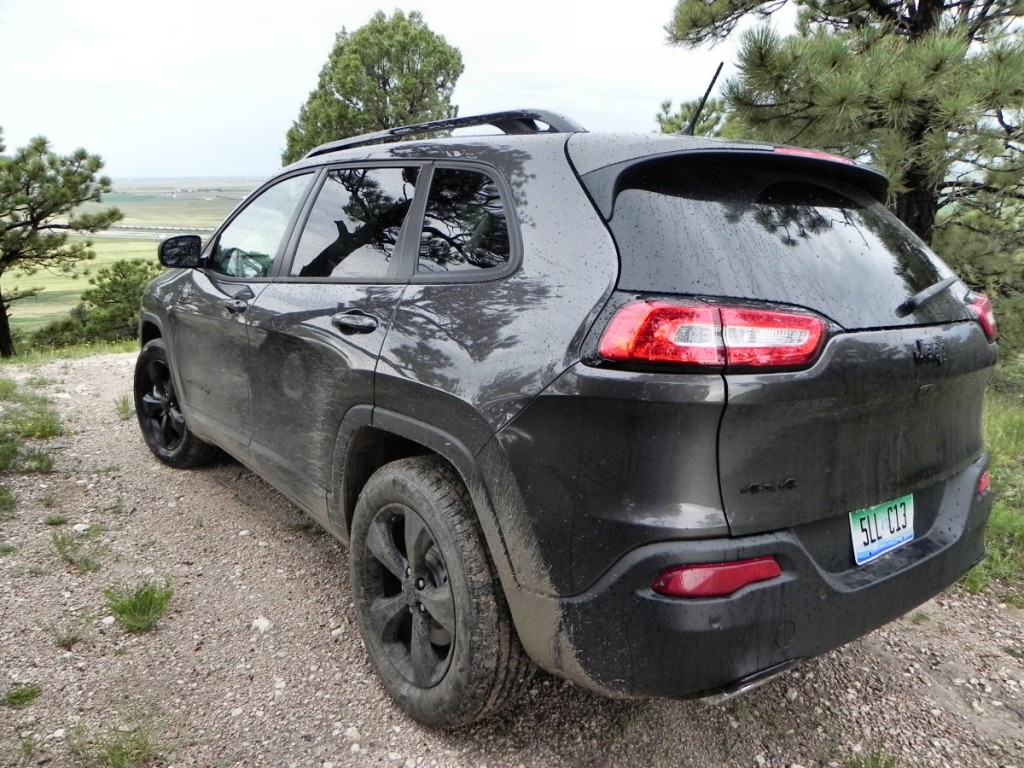 How much is a Jeep Cherokee?


See below for the average Jeep Cherokee price across model years.

The average price for a 3-year-old used small and compact SUV is $24,131, with the Jeep Cherokee's price typically $4,429 above average for this vehicle type.


Is the Jeep Cherokee a good car?

Is the Jeep Cherokee safe?