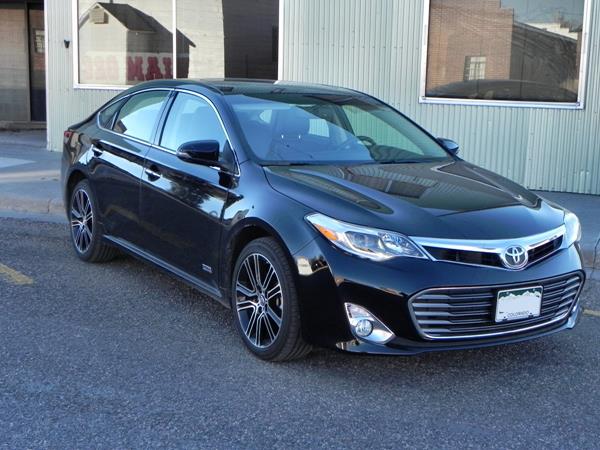 Overview (Final Score: B)
The 2016 Toyota Avalon Hybrid is a continuation of the current-generation of this well-made full-sized sedan. Seating five and traveling with fuel economy rated at 40 mpg, there is a lot to love about this sedan.

A few changes to the front grille and some trim package shuffling are the only changes made for 2016. Otherwise, the 2016 Avalon Hybrid remains very competitive and likable and is one of our top picks in the large sedan segment.


What We Loved About the 2016 Toyota Avalon Hybrid


What We Didn't Love About the 2016 Toyota Avalon Hybrid 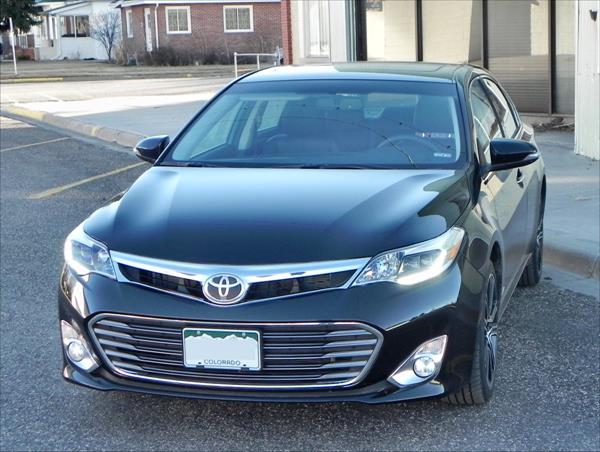 Exterior View (8/10 relative to market)
The Toyota Avalon is one of the smallest of the full-sized sedans on the market, but this doesn't seem to have crimped its sales volumes. The Avalon is a good-looking sedan with a European saloon style that's contemporary to the segment. Features that set it apart are the thin grille, wide intake, narrow headlamps, and smart accent lines along the hood and fenders. Along the sides, a deep belt line bulge and a light bone line beneath the door handles create a subtle look that helps draw attention to the narrowing greenhouse and coupe-style roofline.

The 2016 Toyota Avalon Hybrid is set apart from its gasoline counterparts only by its hybrid badging and quiet nature around town. It is otherwise identical to the other models in the Avalon line from the exterior.


Interior Comfort, Quality, Ergonomics (9/10)
The Avalon Hybrid has a lovely interior with quality materials at every point. Despite the car's relatively small size, its interior is spacious and very ergonomic. From the well-made front seating and the rear seats are spacious and comfortable. Smart storage is found everywhere, with spaces made for smart phones, their cords, drinks, and so forth. Compared to others in this class, the 2016 Avalon Hybrid is the most well thought out in terms of daily use.

The tradeoff for the hybrid model comes in the trunk, which is only 14 cubic feet in size. That's small compared to others in the segment, but most will accept this trade in return for the high fuel economy and driveability the Avalon offers.

Controls for the driver are well-placed and easy to get used to. From infotainment to gearing, the Avalon Hybrid is nicely designed from the driver's perspective. 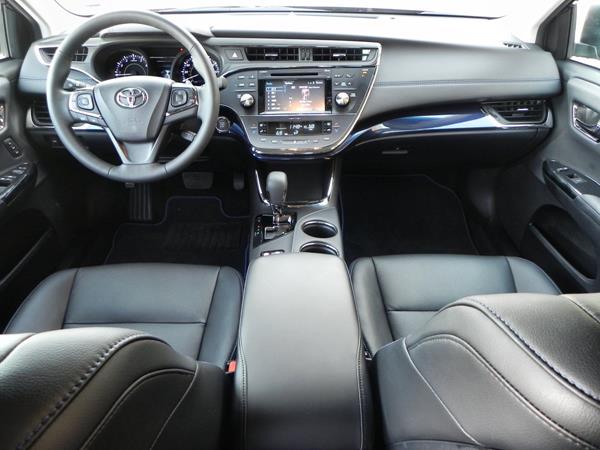 Technology (8/10)
Highlighting technology in the 2016 Avalon Hybrid is the Entune system for infotainment, which is standard at all trim levels. Based on a 7-inch screen, voice recognition and radio cache are also standard. Smartphone app integration is added in the higher two trims, XLE Premium and Limited. Entune now utilizes a tablet-like swipe control and is responsive and easier to use thanks to those voice controls, which learn as the driver uses them.

Another feature that's standard in the Avalon Hybrid is the Qi wireless charging system for phones and devices compatible with it. This is convenient for many, though it is slow to charge a device and may only keep up with power usage if music streaming or long phone calls are part of your drive.


Fuel Economy (10/10)
No other vehicle in the large sedan segment can claim 40 mpg like the Avalon Hybrid can. The 2016 Avalon Hybrid is rated by the EPA at 40 mpg in the city and 39 mpg on the highway at 40 mpg combined. In the real world, we saw 38 mpg on average over a week's driving. Taking into account high altitude and crosswinds, those are excellent returns.


Predicted Reliability, Initial Quality Ratings (10/10)
The 2016 Avalon Hybrid is a well-vetted car with high reliability expectations. The J.D. Power and Associates Vehicle Dependability Study rates the car as "Among the Best." There have been no recalls associated with the Avalon Hybrid, leading us to give it a top score. 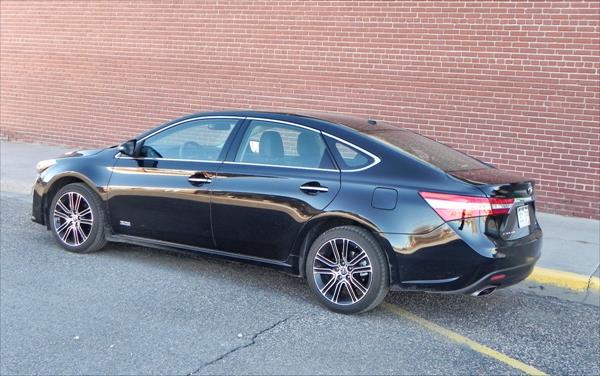 Safety (10/10)
The Avalon Hybrid has a solid safety record. The 2016 model year brought an Insurance Institute for Highway Safety top rating of Top Safety Pick+, their highest accolade. The National Highway Traffic Safety Administration has not released full crash test results for the 2016 Toyota Avalon Hybrid, but both frontal and rollover results were four out of five stars. With available crash mitigation and active braking, we feel the Avalon is above par in safety.


Performance (8/10)
The 2016 Toyota Avalon Hybrid is powered by Toyota's Hybrid Synergy Drive system. This starts with a 2.5-liter four-cylinder engine to which electric motors and a battery pack are paired through a continuously variable transmission (CVT). These combine together for a total output of 200 horsepower through the front wheels. The motors work in tandem, with one delivering power to the drivetrain and the other acting as a starter/generator to provide regenerative braking.

On the road, the Avalon Hybrid is a well-balanced, nicely-tuned ride. It's not as quick as other vehicles, but it's no slouch compared to cars in other segments. As a hybrid, it's a decidedly non-sluggish sedan. Regenerative braking is automatic and almost seamless. Under most driving conditions, the 2016 Avalon Hybrid is quiet and smooth.


Pricing and Value (9/10)
The Avalon Hybrid carries a hybrid premium, but given its much higher fuel economy over the standard model, this is not a negative. Base price for the Avalon is around $38,000 with most buyers landing somewhere in the $42,000 range in the middle trims. This is a solid value given the 2016 Toyota Avalon Hybrid's excellent fuel economy, track record, expected reliability, and daily driving ergonomics. 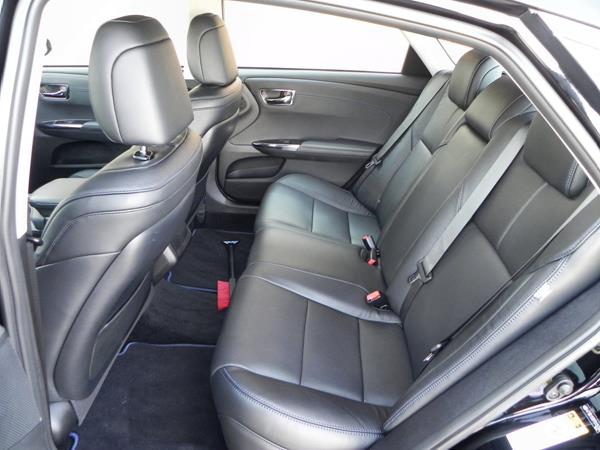 Total Score and Competitive Comparison (62/80, 77.5%)
The 2016 Toyota Avalon Hybrid literally has no direct competition. The only other hybrid in the large sedan segment is the Buick LaCrosse with eAssist, a mild hybrid system that adds a couple of MPG to the car's bottom line.

All told, we've given the 2016 Avalon Hybrid a good rating and highly recommend this car to anyone shopping in the full-sized sedan segment who values efficiency and ergonomics. The Avalon Hybrid is a very well-made car with a well-deserved reputation.