Less than 9% of Vehicles on the Road Today are Equipped with a Back-Up Camera System, going to 31% by 2018 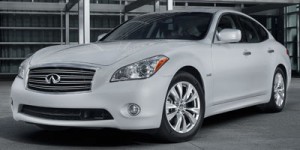 WOBURN, Mass. - Back-up cameras or “rear visibility technology” will need to be installed by manufacturers for all new vehicles under 10,000 pounds built in or after May 2018, according to a recent announcement by the National Highway Traffic Safety Administration (NHTSA).  In light of the ruling, iSeeCars.com decided to analyze more than 20 million used vehicles for sale last year with model years ranging from 1981 to 2013 and see what percentage of vehicles currently have them as a standard feature.   Overall, less than 9% of the vehicles have a back-up camera system installed.  Based on iSeeCars.com’s analysis, about 31% of vehicles on the road will have a back-up camera by 2018.

The NHTSA reports there are almost 210 back-over deaths a year, and rearview cameras could prevent about one-third of those.  “It will be a long while before all vehicles on the road are equipped with a rear-view camera,” said Phong Ly, CEO and co-founder of iSeeCars.com.  “According to NHTSA estimates, it could take until 2054 to replace the whole vehicle fleet.”

% of Back-up Cameras Equipped in Vehicles by Model Year 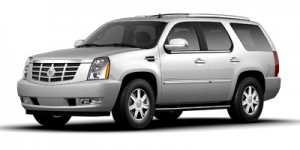 Back-up cameras are found as a standard feature in a higher percentage of larger vehicles.  Perhaps this is due to the fact that larger vehicles are higher off the ground, or because there is more distance from the driver to the back of the vehicle.  About 17% of minivans and SUVs have rearview cameras, while less than 5% of sedans have them and hatchbacks are significantly less.  Surprisingly, only about 4% of pickup trucks are equipped with back-up camera systems as a standard feature.

% of Back-up Cameras Equipped in Vehicles by Bodystyles

These days, back-up cameras are seen by some as more of an extravagance than a safety feature. So, it may not come as a surprise that rearview cameras are equipped in mostly luxury car brands. Nine out of the top 10 brands with the highest percentage of its vehicles with back-up cameras are all luxury brands, including  Infiniti, Cadillac, Land Rover and Audi.

% of Back-up Cameras Equipped in Vehicles by Car Brands 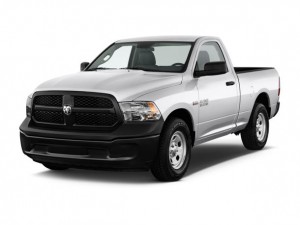 Ram trucks is the only non-luxury brand in the top 10 list, but coming up in 2015, Honda and Acura will be among the first to offer backup cameras standard on all models.  This is a trend that will undoubtedly be mirrored by other automakers as the May 2018 deadline approaches.

iSeeCars.com analyzed over 20 million used vehicles for sale over the last year with model years ranging from 1981 to 2013 and studied those vehicles that come equipped with back-up camera system as a standard feature.