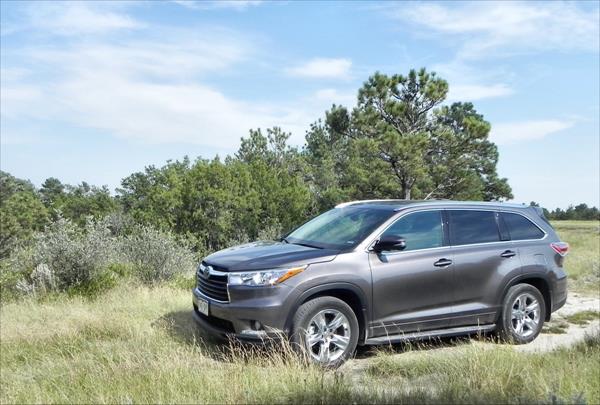 The 2016 Toyota Highlander is a benchmark for the midsize three-row crossover segment. Its contemporary exterior look and highly ergonomic, family-friendly interior set the tone for the segment as a whole. Although there are strong contenders in this market, the 2016 Highlander remains a top pick thanks to its excellent qualities and its segment-best hybrid option. Not much has changed for the 2016 model year, with the excellent 2014 year redesign and 2015 updates carrying forward. A highlighted update this year is the standard towing package for all V6 models.


What We Loved About the 2016 Toyota Highlander


What We Didn't Love About the 2016 Toyota Highlander 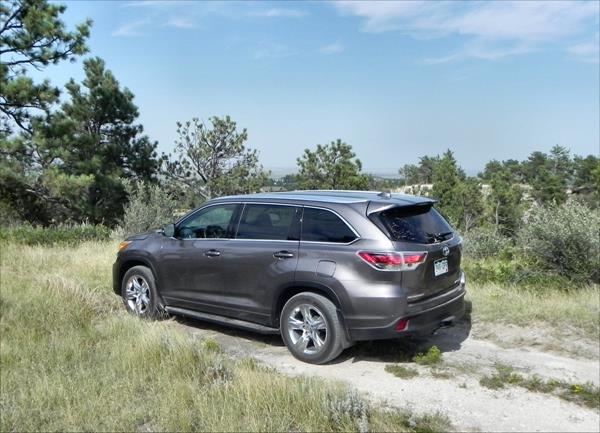 The 2016 Highlander is a contemporary-looking crossover with a somewhat unique style that suits its market. There's no mistaking a Highlander for what it is: a family-sized crossover focused on comfort and utility. This doesn't mean it's ugly, it just means that this Toyota crossover is not noted for its bold styling or flashy looks. Knowing that, the 2016 Toyota Highlander definitely looks good against its rivals, landing right in the middle insofar as its appearance goes. It's neither flashy nor boring, but is instead just right. The relatively flat hood, big grille, and strong stance and fender bulges let it be known that this is a crossover, not a van, but the refined roofline and sporty round to the rear end make sure we know it's not a truck either. A narrowing greenhouse and rear spoiler finish that impression well. There is little visible difference between the standard gasoline and the hybrid gasoline-electric model outside of small badges and a blue background to the Toyota emblem. 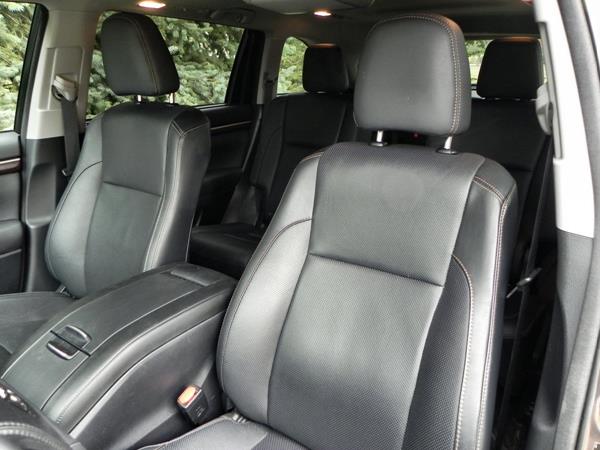 The Highlander's strongest point is its interior for both fitment and ergonomics. Especially when hauling family. Flowing surfaces with seam stitching and other premium-quality touches are found throughout, even in the base models, while smart and well-thought-out gadget nooks and cord pass-throughs have been thoughtfully placed. The large storage console between driver and front passenger completes this. In the second row, as standard equipment in most mid-level trims as well as the Hybrid, are a 12-volt power outlet and, surprisingly, a 120-volt as well. Seating throughout the 2016 Highlander is comfortable and well-done. The third row is mainly for children, but can accommodate average-sized adults as well. The second row is surprisingly comfortable, especially with the captain's chairs option. Cargo is also good, at 14 cubic feet with all rows up and 83.7 cubic feet with both the second and third rows lowered (83.2 for the Hybrid). That is flat, usable cargo space with plenty of tie-downs and other thoughtful inclusions.

The base level Highlander begins with a 6.1-inch touchscreen and basic connectivity for smartphones and audio. From there forward, though, all trims have an 8-inch touchscreen that is much easier to see and use in the Highlander's large cabin. The XLE trim and those above it have that 8-inch screen with Toyota's Entune App Suite to integrate a lot of smartphone inclusions with the system. The Limited model adds JBL surround audio with 12-speakers. A Driver Technology package (standard on the Platinum) adds a lot of driver's convenience and safety features, including Toyota Safety Connect for emergency assistance. The app suite that is the latest in Toyota's offerings is good, but not the best on the market. It's useful enough and easy enough to learn that most will not find it difficult to master, but there is a bit of a learning curve. Add in complex needs such as tri-zone climate or other daily items and it can be frustrating at times. The app suite is good, though, and those with the capability will likely enjoy the extra streaming and integration options it gives. 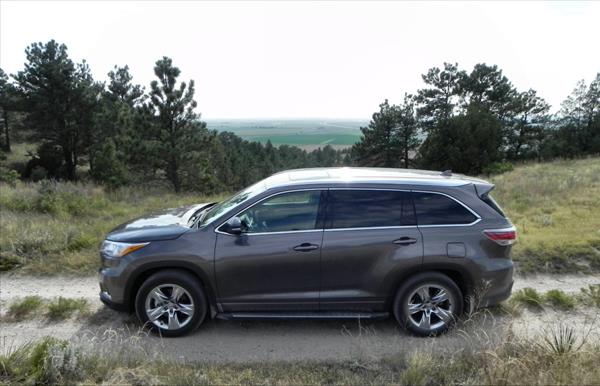 The 2016 Highlander shines when it comes to fuel economy ratings. The base four-cylinder engine is laughable for its MPG returns, being EPA-rated at just 22 mpg combined, with 20 mpg in the city and 25 mpg on the highway. The 3.5-liter V6 offers a more compelling return with 21 mpg combined (19 city, 25 highway) in front-wheel drive and 20 mpg combined (18/24) in all-wheel drive. During a week of real-world driving in a 3.5L-equipped model with AWD, we averaged 19 mpg all told. The Hybrid model takes all of this to the next level with 28 mpg combined per the EPA (27 city, 28 highway). The Hybrid AWD-only and during a week in this model, we averaged 27 mpg all told, so we suspect that the EPA's numbers are spot on for this vehicle under normal use.

The 2016 Toyota Highlander carries over largely unchanged from 2015, which is a good thing as the high expected reliability of that model carries forward to this model year. J.D. Power and Associates rates the 2016 Highlander as "Better Than Most" in its Vehicle Dependability Study and there have been no recalls associated with this model year.

The 2016 Highlander has three powertrain options and of those, only one is below par. The base model's 2.7-liter four-cylinder is rated at just 185 horsepower and 184 pound-feet of torque, running to a six-speed automatic transmission. This powerplant offers lackluster fuel economy, snooze-worthy acceleration, and a fair amount of noise as it tries to move the Highlander's bulk around. This engine is standard on the base model and LE trim. Front-wheel drive is the only option with this engine and towing is rated at 1,500 pounds. Optional on the LE trim and standard on all other trims is a 3.5-liter V6 that offers 270 horsepower and 248 lb-ft of torque with a six-speed automatic transmission. Front-wheel or all-wheel drive is available here and this engine is right-sized for the Highlander's size and wheelbase. Fuel economy is good for the segment as well. Towing is rated at 5,000 pounds and all V6-equipped 2016 Highlanders have a tow package as standard equipment. Finally, the Highlander Hybrid model offers a down-tuned 3.5-liter V6 mated to a continuously variable transmission and three electric motors. All told, power output is 280 horsepower and despite the extra weight with the Hybrid's batteries, this is the sportiest of the Highlander models. The hybrid is all-wheel drive only, but operates most of the time as a FWD vehicle with the rear axle being powered by an electric motor that kicks in when needed. Both the rear motor and a dedicated starter/generator on the CVT can add power back to the battery pack during braking.

The 2016 Toyota Highlander offers good value for the money spent on most trims. The Hybrid model has a bit of a premium and is available only in the upper-crust Limited and Platinum trims, but brings phenomenal fuel economy in return. For most buyers, the mid-level XLE in AWD, which rings in at well under $40,000, is probably the best value for the money. About three thousand dollars more will get you into the Highlander Hybrid model, which is also a good value proposition for many. Unless you're insistent on having advanced safety features and a panoramic roof, the Platinum model is likely not going to be worth your investment.

On the whole, the 2016 Highlander offers a compelling and potentially segment-leading choice in the midsize crossover segment. With a usable three rows, excellent interior ergonomics, and a market-best fuel economy option with the Hybrid, it's definitely at the top of the shopping list. Primary rivals include the equally excellent Honda Pilot and the very well-done Ford Explorer. The Dodge Durango is also worth shopping as is the Hyundai Santa Fe. Against these, the Highlander stands tall, though, and is our top pick for the segment.