What is the average price for Used Ford Explorer? How many are for sale and priced below market?

What Is The Average Price Of A Used Ford Explorer By Model Year?

What Is The Average Price Of Competitor Cars To The Used Ford Explorer?

What Is The Average Price Of Used Ford Explorer In The Top 10 Cities? 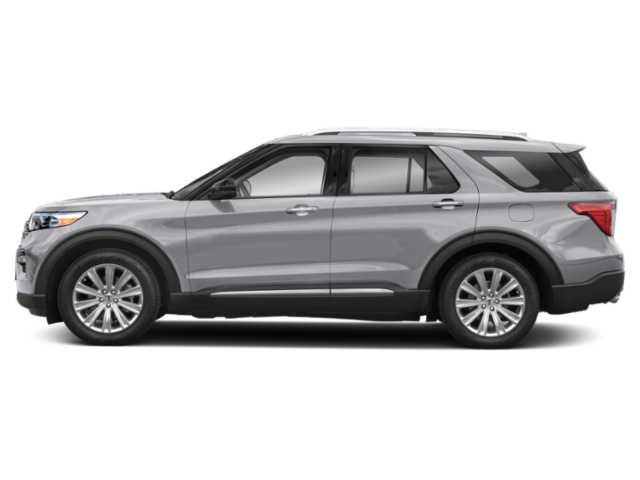 The Ford Explorer entered the market in 1991 as a full-sized sport utility vehicle. It quickly gained in popularity thanks to its family-friendly size, truck-like capabilities, and general utility. Since its introduction, the Explorer has seen several generations and morphed from a traditional truck-based build to a unibody construction crossover-SUV format. The first-generation Explorer was introduced for the 1991 model year, replacing the Bronco II as an SUV derivative of the Ranger pickup truck. A two-door Sport model and a five-door were offered with either two-wheel or four-wheel drive, powered by a strong V6 engine. In 1995, the Ford Explorer was updated to a second-generation with significant changes to the chassis and the introduction of a large V8 engine option. A limited offering of a pickup-styled Sport Trac model was introduced in 2001. The 2002 model year  brought significant changes to the Ford Explorer in its third-generation. One was the dropping of a live rear axle in favor of an independent rear suspension, which improved the Explorer's highway drive and added rear cargo space. It also improved safety, ultimately dispelling the association of the Explorer and rollover crashes. The fourth-gen Explorer was introduced in 2006. A host of updates to the interior bolstered the Explorer's family-friendly credibility while powertrain updates were minimal. This would be the last generation of the body-on-frame Explorers. The fifth- and current-generation Ford Explorer entered the market in 2011. A crossover-style unibody construction was used for this new Explorer and this more contemporary underpinning was enhanced by more refined bodywork, pulling away from the truck-like look of previous-gen Explorers. Several turbocharged engine options from Ford's EcoBoost line are available, improving fuel economy drastically. Used Ford Explorer buyers will want to note that the 3rd-generation Explorer is often cited for transmission problems at high mileage. The Explorer otherwise enjoys a good reputation for reliability.

The Ford Explorer has been a long-time entry into the sport utility market and its name is virtually synonymous with SUV. It's grown and evolved since its introduction, becoming a more contemporary 3-row crossover-SUV for the mid-sized market. It's at once a family machine and sporty sport utility, though the latter depends on some options.

The Explorer has three distinct engine flavors for three different SUV experiences. The base is a good all-around choice, the turbo-four is a good mid-level fuel-efficient choice, and the turbocharged V6 is almost Mustang-like in its performance. So there's something to suit everyone.

Inside, the Explorer has plenty of space and, depending on configuration, a good amount of passenger room as well. We're fond of the Explorer's infotainment and safety options. There isn't much to dislike about the Explorer until you get into the details.
See the full 2017 Ford Explorer Test Drive Review.

The Ford Explorer has long been a benchmark and popular choice in the sport utility market. As others began to improve their offerings, though, the competition began to sometimes outshine the Explorer. For the 2016 model year, Ford upped the game with several improvements to the Explorer.

The 2016 Ford Explorer still sets the benchmark for classic looks with a modern flair and fuel-efficient options in a true SUV format. New updates for this model year include some changes to the exterior, upgrades for the infotainment system, and a new trim level and engine option. For 2016, Ford introduced the Explorer Platinum edition that sits at a fitment level equal to any premium-grade offering on the market. With class-leading options like self-parking (both parallel and perpendicular), a bevy of road safety gadgets, and classy looks, this new trim is shadowed only by its breathtaking turbocharged V6.

With three engines to choose from, a choice of either front-wheel or all-wheel drive in two of those engines (AWD is standard in the Sport and new Platinum trims), and the ability to tow nearly on par with a half-ton pickup, the 2016 Explorer is an excellent contender in the contentious full-sized SUV market. Add in its upscale interior and for many buyers, this SUV is the winner.
See the full 2016 Ford Explorer Test Drive Review.

There are few SUVs out there with as much history, controversy or relevance to the everyday consumer as the Ford Explorer. But no matter what you may think you know about the Ford Explorer from any past experience, the 2014 Ford Explorer Limited 4WD V6 we tested here will no doubt shatter them all to bits. Ford took its iconic SUV nameplate and created a state of the art crossover that not only does a great job of hauling seven in relative comfort but also one that is sturdy and powerful enough to be a workhorse for those who tow or haul. Really, this is the best Explorer yet by far.

And, miracle of miracles, the MyFordTouch system in our tester actually worked seamlessly without a problem but more on that later. First off, let's get into what makes this excellent midsize SUV such a great choice for families needing to take half the team to Little League practice all while still being able to tow your boat to the lake in the summertime without any worry. Because with the 2014 Ford Explorer, you really can do it all.
See the full 2014 Ford Explorer Test Drive Review.

The 2013 Ford Explorer is a midsize, seven-passenger SUV that offers family-friendly comfort and convenience both on- and off-road.  New for 2013 is a Sport trim that is powered by a twin-turbocharged V6 engine, standard four-wheel drive, 20-inch sport alloy wheels and more. New Explorer features this year include a standard passenger knee airbag, and available heated steering wheel and auto-dimming headlights,
See the full 2013 Ford Explorer Test Drive Review.

How much is a Ford Explorer?


See below for the average Ford Explorer price across model years.

The average price for a 3-year-old used midsize SUV is $32,244, with the Ford Explorer's price typically $10,999 above average for this vehicle type.


Is the Ford Explorer a good car?

Is the Ford Explorer safe?