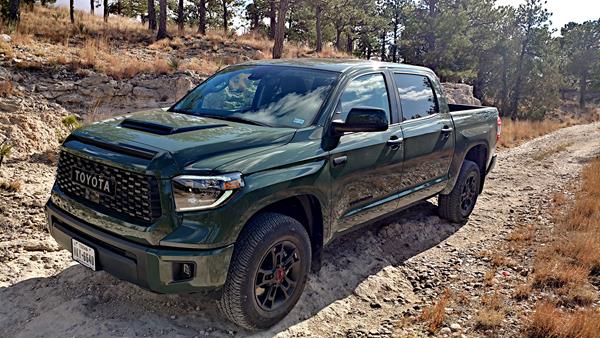 The Toyota Tundra has seen a lot of incremental change since the current-generation debuted in 2007. Though its design may seem long in the tooth now, the Tundra has soldiered on with good sales figures anyway. The Tundra offers a lot for those looking for a basic, general-duty pickup truck.

For the 2020 model year, Toyota dropped the slow-selling 4.6-liter V8 engine option, opting to make the more popular 5.7-liter the only choice. Toyota has also (finally) added Apple CarPlay and Android Auto functionality to the Tundra's infotainment for phone connectivity beyond Bluetooth and has added a Double Cab option for the popular off-road TRD Pro package.

These changes are signs of the Toyota Tundra slowly moving forward. In the 13 years since this generation of the truck came to market, all three of the major full-sized pickup truck makers in North America have had at least two iterations of their trucks enter showrooms. That's a testament to both the longevity of the popular Tundra design and how fast the market has changed while keeping a core buyer that is interested in only the basics. 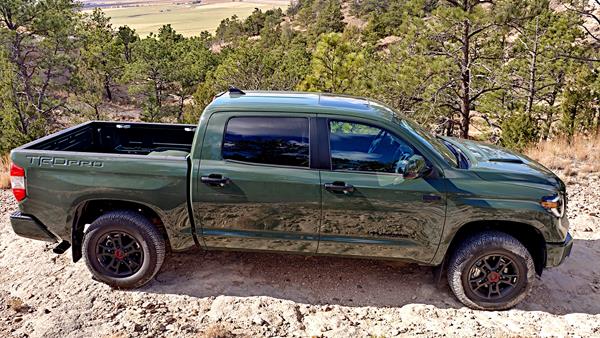 The Toyota Tundra got a facelift a couple of years ago, changing its front fascia to become more robust while adding an upper intake slot in the front of the hood. Headlamps are large and curve upwards into the fenders from the grille's chromed edge. The bumper is a three-piece, large and prominent, below that grille. The corners of the bumper can be removed and replaced when damaged, something exclusive to Toyota.

The wheel wells and clearances of the Tundra are large and the bodywork is relatively plain, accented by a deep cut at the lower door and rear fender and a high beltline that follows from front to rear fender top. The Tundra has a lower bed wall than most competitors, having not changed as the others have to accommodate aerodynamics. The rear of the Toyota's cab is tilted slightly forward giving the side silhouette a forward-canted look.

The Tundra is relatively plain and simple compared to its competitors. This rides with the truck's general "workaday" capabilities and design. For 2020, the Tundra sees little change from 2019 in looks.

Whatever the trim level choice in the 2020 Toyota Tundra, the interior will be accommodating and useful. Seating in the front is large, spacious, and well-cushioned. The center storage bin is huge and readily accepts everything from a spare jacket and gloves to a full-sized notebook computer. Even hanging files, if you wish.

Rear seating in the Tundra is spacious in both cab configurations, with the Crew Cab obviously offering more adult-friendly, everyday use and plenty of room (knee and leg-wise) for three across. Both cab options can seat three in the back, of course, with plenty of shoulder room. Underseat storage is limited, but available, and the rear window rolls all the way down--unique to Toyota--to allow items in the cargo bed to intrude into the cabin when needed. Or to save the backglass should something be prone to "rattle" during the trip.

Storage throughout the truck is good and controls are clear and easy to understand. The instruments in the Tundra are simple and visible from all angles. Some trim levels, such as the TRD Pro model, have offset colors for the instruments that make them more bold.

Probably the biggest shortfall of the Toyota Tundra is in its technology. For 2020, the Tundra starts with a nearly non-existent infotainment with Bluetooth and Apple CarPlay/Android Auto (new for 2020), but quickly upgrades to a more usable 8-inch unit with the second-level SR5 trim. That screen remains in all further Tundra models, even the uber-svelte Platinum and 1794 Editions.

The technology in the 2020 Tundra is pretty good, but dated in its design and interface. Graphics levels are relatively low compared to others, but usability is still OK. There isn't much in the way of extras over and above navigation and the new Carplay/Auto inclusion. 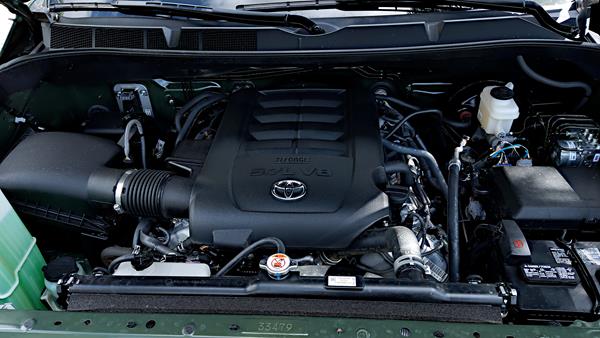 The 2020 Toyota Tundra is one of the worst trucks for fuel economy. Most full-sized pickups are now capable of getting 15 mpg or more in the city and around 20 mpg on the highway. The Tundra is EPA rated at only 13 mpg city and 18 mpg on the highway. Since there is only one engine and transmission option, that is the MPG rating for the truck.

The 2020 Toyota Tundra does rate well for reliability expectation. The J.D. Power and Associates Vehicle Dependability Study has routinely given the Tundra good marks and it returns for 2020 with a "Better Than Most" rating, which is the second-best possible for the VDS.

The Tundra has had, as of this writing, one recall for an electrical system item.

The Insurance Institute for Highway Safety (IIHS) returns a very mixed bag of crash test results. On most tests, the Tundra received top scores of Good. But it received a second-best Acceptable rating for its roof strength, a second-worst Marginal for small overlap front driver-side crash test, and a worst possible Poor for the small overlap front passenger-side test. When equipped, the Tundra is rated at a top-most Superior return for its front crash test prevention systems. 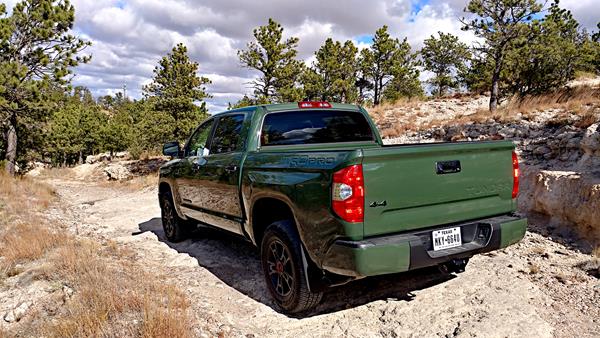 The 2020 Toyota Tundra has a 5.7-liter V8 that produces 381 horsepower and 401 pound-feet of torque. This gives the truck good acceleration and power. While fuel economy is low, the standard 4.3 rear axle means towing is 10,000 pounds no matter what model of Tundra is chosen.

Driving around town, the Tundra has good acceleration and a nice feel to it. Engine sounds are robust and satisfying when the throttle is pressed. Off the road, capable models such as the TRD Pro or the TRD Off-road-equipped models, the Tundra is able-bodied and easily gets where it's pointed.

Towing and hauling with the Tundra are simple tasks and its all-around work-truck focus makes it a good choice for steady loads. Options such as sliding tie-downs and other upgrades can increase ease of use.

The Tundra is not generally "on sale" at any dealership, due to its high demand, but resale values and a high expectation of reliability mean it becomes a great value on purchase. The higher-than-average base price for the Tundra is explained by its standard V8, whereas most full-sized base model trucks have a V6. A fully-loaded Tundra Platinum or 1794 Edition, however, is generally cheaper than any comparable competitor. 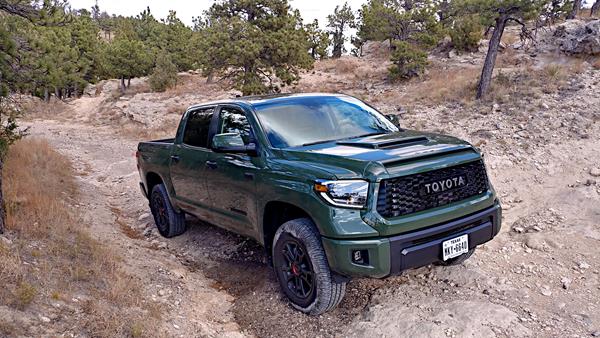 The 2020 Toyota Tundra is comparable to five other full-sized truck offerings. The best-selling Ford F-150, the Ram 1500, the Chevrolet Silverado, the GMC Sierra, and the Nissan Titan. Of those, the Tundra compares to the Ford poorly, given the F-150's extreme amounts of configuration options and widely variable pricing to fit any budget. Similarly, the Silverado has good configuration options, including several engine choices. The GMC Sierra is similar to the Silverado, but is more comparable to the mid- and higher-level trims of the Tundra. The Ram 1500 is more capable in almost every way than is the Tundra. Finally, the Nissan Titan--the only truck on this list that sells fewer models than the Tundra--is easily outmatched on most levels.

The Tundra, however, sells consistently and to a broad market of truck buyers because of its no-nonsense approach to truck design. Unlike the others here, the Tundra doesn't bedazzle with a myriad of options and lots of engine choices. Instead, it offers a single solution to a general problem and aims for the buyer who isn't interested in narrow specialty changes. That more broad approach and the simpler mechanics it brings is the reason that the Toyota is considered the most reliable truck of the full-sized options available. And that sells well enough that Toyota doesn't seem concerned with making any big changes here.