Does car color affect the price of a used GMC Sierra 1500?

What is the average price for Used GMC Sierra 1500? How many are for sale and priced below market?

What GMC Sierra 1500 model year and mileage can you get for your budget?

What's the price of a Used GMC Sierra 1500 Pickup by year?

How to save money when buying a used GMC Sierra 1500 ?

What colors are the best deals for a GMC Sierra 1500 ?

What GMC Sierra 1500 color has the best resale value ?

GMC Sierra 1500 Rankings vs. the Competition

What Is The Average Price Of A Used Gmc Sierra 1500 By Model Year?

What Is The Average Price Of Competitor Cars To The Used Gmc Sierra 1500?

What Is The Average Price Of Used Gmc Sierra 1500 In The Top 10 Cities? 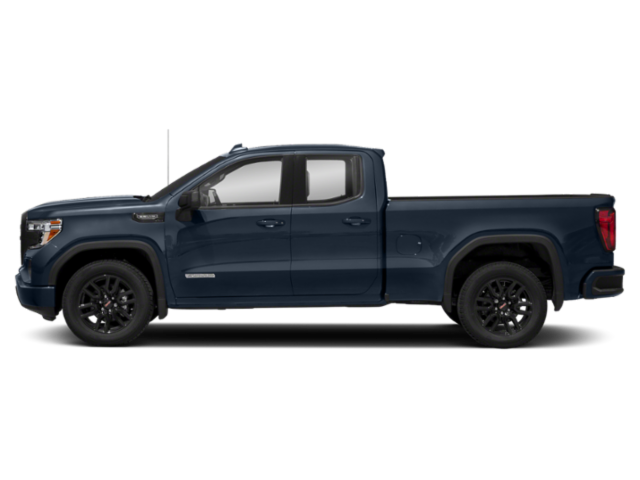 General Motors has had several renditions of its half-ton pickup truck. The company eventually replaced the C/K and GMT400 line of trucks with the Chevrolet Silverado and GMC Sierra in 1999. The Silverado and Sierra are identical, mechanically, with their differences being in body styling and interior design. The GMC Sierra 1500 is considered a more upscale pickup truck than most other half-ton trucks being offered on the market. In most generations and model years, Sierra 1500 models are available with two doors ("standard cab"), four-doors in extended or crew cab, and with three bed lengths (short, standard, and long box). Configurations are often dependent on one another with, for example, the crew cab models having only a short bed option. Rear-wheel and four-wheel drive are also options. The first-generation of the GMC Sierra 1500 entered showrooms for the 1999 model year. GMC kept the previous-generation (GMT400) on the market that year and the next and are usually referred to as "Classic" models. A variety of V6 and V8 engine options were offered in this first-generation of the truck. A four-speed automatic or, in some models, a five-speed manual transmission were attached. In 2000, the Sierra 1500 C3 was introduced as a more upscale version of the truck. Its package name was changed to Denali in 2002 and has remained under that moniker since. In 2004, a hybrid version of the Sierra 1500 was offered, but did not become popular. The 2007 model year saw the introduction of the second-generation GMC Sierra 1500 with substantial updates for the truck. The previous-generation trucks were continued, again, as "Classic" models for two years. Generational changes meant upgrades to the chassis, improvements to the drivetrain, and a more aerodynamic body style for improved fuel economy. This generation saw the introduction of the high-performance 6.2-liter V8. Four-speed automatic transmissions remained and a six-speed automatic was introduced. The current-generation GMC Sierra 1500 was introduced in 2014. Again, an entirely new platform and new engines and transmissions were introduced. The EcoTec3 series of V6 and V8 engines were brought online. Many changes were made to the infotainment and interior technology. In 2015, the 6.2L Ecotec3 was re-introduced with an eight-speed automatic transmission. Most complaints about the GMC Sierra 1500 are minor, usually centered on the headlights for the 2014-2015 model year. Some transmissions problems are occasionally given for the 2011 model year four-speed automatic. For the most part, the GMC Sierra enjoys a good reputation as a pickup truck.
Keep me posted on new listings X
Email me new car listings and price drops matching this search:
Please specify correct email
Email alert created
By clicking "Subscribe" you agree to our Terms and Privacy Policy.
Save This Car X
Be the first to know when there's a price drop or update for this car.
Please specify correct email
GET ALERTS
By clicking "Start Tracking" you agree to our Terms and Privacy Policy.
Save This Search X
Be the first to see new listings
and price drops for your search.
Please specify correct email
GET ALERTS
By clicking "Get Alerts" you agree to our Terms and Privacy Policy.