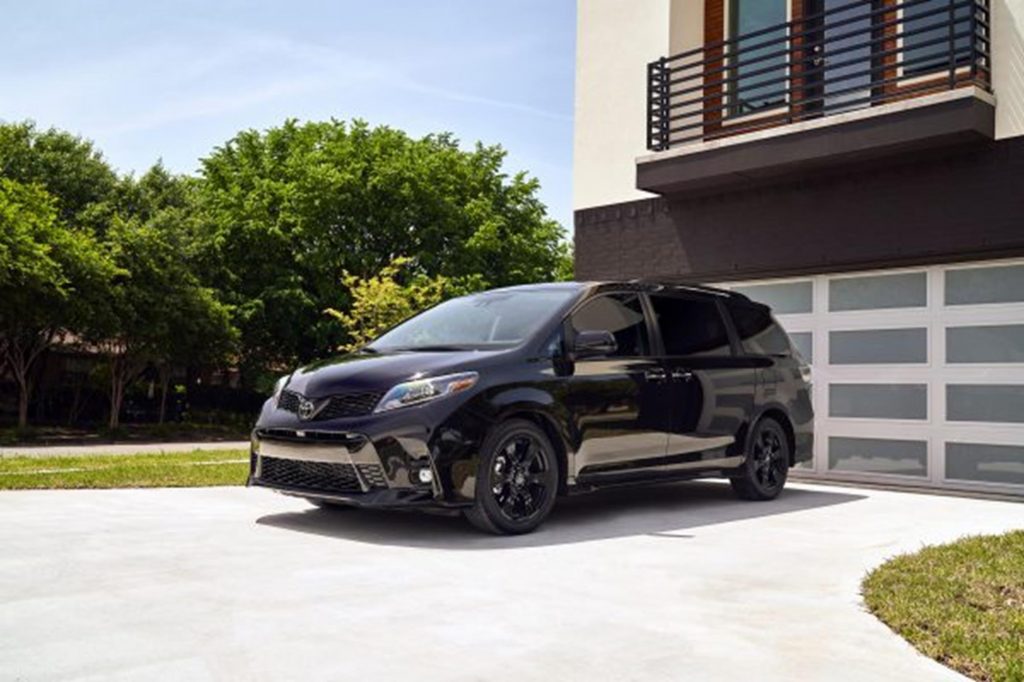 Some might be surprised to learn how active the minivan market is. The 2020 Toyota Sienna competes in this segment against heavy rivals, though the field is much smaller now than it was in the past. Minivans are known for roomy interiors, family-friendly designs, and daily use ergonomics. The 2020 Sienna hits all of those points.

The Sienna is, at this point, becoming fairly long in the tooth. Redesigned in 2011, the Toyota minivan hasn't seen a major upgrade since. That doesn't mean it's outdated, however, but it does have some design and technology elements that seem yesteryear compared to the other options available now.

The greatest claim to fame for the Sienna has been its status as the only minivan on the market with all-wheel drive. Chrysler has introduced AWD for the 2020 Pacifica, however, which will mean that the Sienna will face some competition. The discontinuation of the best-selling Dodge Grand Caravan, though, might give Toyota an edge, though.

The 2020 Toyota Sienna has seating for up to eight, five trim levels to choose from, plus two mobility-enhanced versions, and either front-wheel or all-wheel drive. 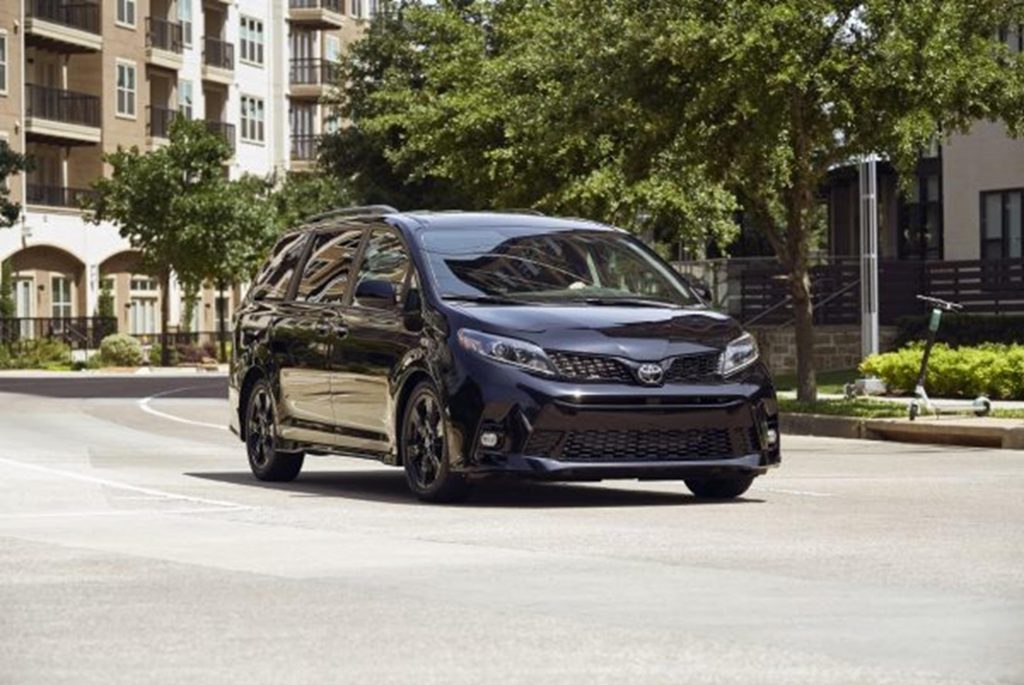 In the world of minivans, "good looks" are rarely one of the hallmarks of the segment. That's changing somewhat, however, and the Sienna lags behind rivals on that front. The 2020 Sienna has a blunt nose, a plain exterior minivan design, and a lack of sportiness to its stance. It's contemporary with minivans of a decade ago.

With all of that said, however, the 2020 Sienna isn't an ugly wallflower either. Those contemporary looks mean that it has the appeal of steadiness and gives onlookers a firm understanding that the Sienna is, without a doubt, a people hauler focused on interior comfort.

Toyota did give the Sienna a classic design with its nicely accented bodywork and clear lines. The design is clearly focused on ergonomics, of course, but has a few small flairs to add panache to the overall look. Ergonomic points include the wide-opening front doors, long-sliding rear doors, small tires and wheels to maximize interior space, and large side mirrors to aid visibility.

The 2020 Toyota Sienna is easy to get in and out of, but has some headroom problems in the third row and a similar, but not as pronounced, issue in the second row. Taller folks will find the third row mostly unusable and the second row to be a bit cramped for headroom. When putting the Sienna into cargo mode, folding down the rear seats (which is fairly easy), requires removing the second-row seats. This is difficult given their bulk and awakwardness and cannot easily be done by one person.

The driver and front passenger are treated to good seating with plenty of room all around. Comfort is also good, though some driver ergonomics issues such as a required lean-forward to operate the transmission shift and a more pronounced lean to use the infotainment are problems. Adjustments for seating are good, though, and allow the driver to otherwise have a comfortable position for the rest of the van's controls.

Added extras like the ability to operate the rear vent windows from the front seat are good and small touches like drink holders (which are in abundance) and tri-zone climate control are boons. 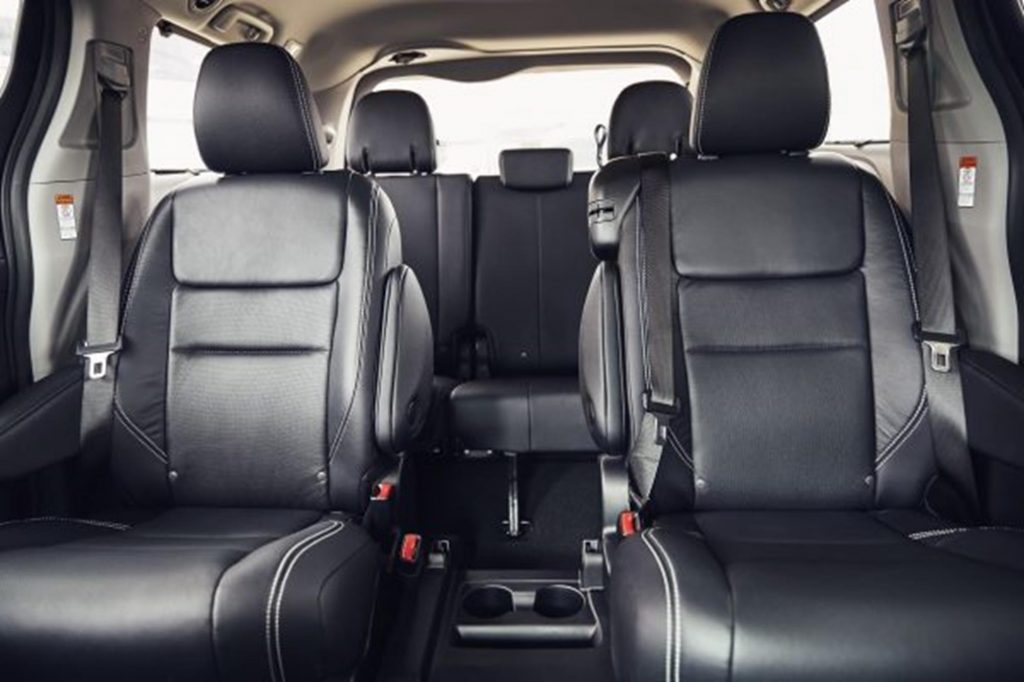 The optional voice projection feature, rear entertainment system, and similar upgrades are all useful in their way. The rear voice projection is nice for being heard throughout the van, but only marginally useful in day-to-day driving. The rear-seat entertainment system, which is based on a huge drop-down screen that can obstruct the driver's rearview, has fidgety controls that can be difficult to use.

Overall, we think the materials quality and workmanship in the Sienna are good, but there is room for improvement. Hard plastics and dated looks are annoyances and potentially a source for the van's extra road noise. Things tend to rub and squeak quite often in the Sienna.

Abundant in the 2020 Toyota Sienna, though, is storage and cargo space. Even with the third row deployed, the Sienna offers a lot of cargo room with the large tubs exposed with the seats up. With those seats down, cargo becomes a large flat floor that would rival most midsized and even full-sized crossover-SUVs for roominess.

We also note that the installation of child safety seats, especially in the second row, is easy in the Sienna.

The 2019 Sienna didn't have Android Auto and the 2020 still does not, though Toyota says it will be coming. The rest of the tech in the Sienna is pretty dated compared to rivals. Glare is a problem on the touchscreen as is the lean forward required to operate it. The menus and slow responses from the system are definitely behind the times.

The 2020 Sienna does have Apple CarPlay and a Toyota-badged integration app. The latter is not very useful or user friendly, however, but Amazon Alex integration (optional) is fun and sometimes useful.

Voice control options are the Sienna's strong point with technology and infotainment. Voice control is very good and understands and responds well. It's clunky compared to simple touch interfaces, but gets the job done when on the go. 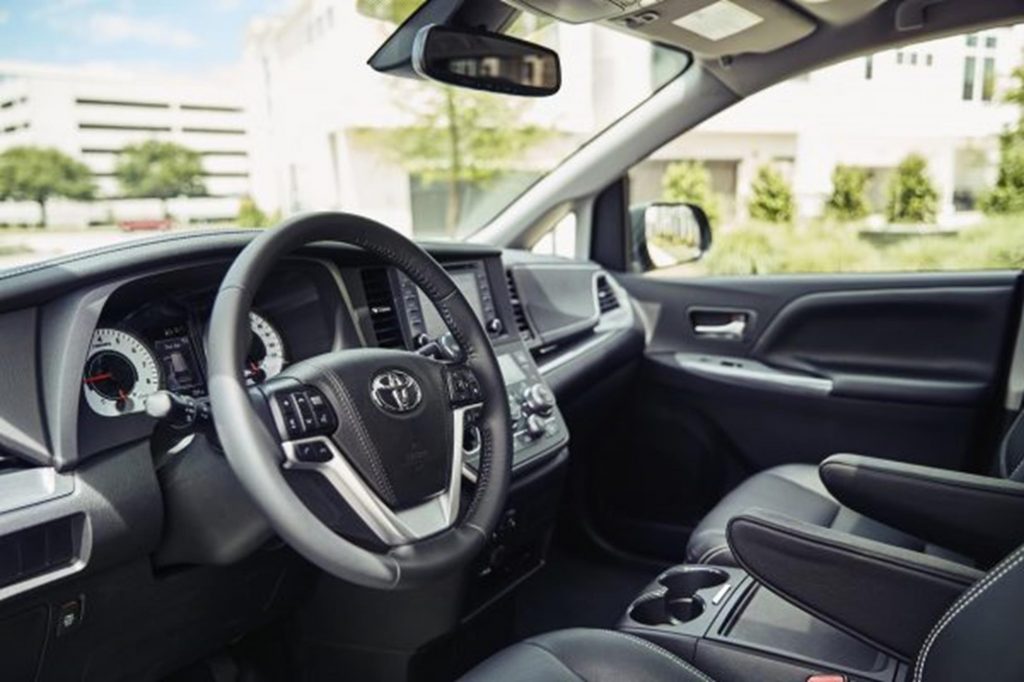 The 2020 Sienna is EPA-rated at 19 mpg in the city and 26 mpg on the highway, which is about average for the segment. With the all-wheel drive option, those numbers drop to 18/24 city/highway. Our real-world experience with the AWD model returned 20 mpg overall with a good city/highway mix of driving.

Considering the varied passenger loads, sub-optimal weather, and other factors encountered in our real-world testing and use of the Sienna, those returns are pretty good.

As of this writing, there are no reliability predictions published for the 2020 Toyota Sienna. There has been one small safety recall for the van, but otherwise nothing to report. The 2019 model year, which is nearly identical to this 2020, received high scores from the J.D. Power and Associates Vehicle Dependability Study, ranking "Among the Best." We expect that will continue for this new model year.

The Insurance Institute for Highway Safety (IIHS) has given the 2020 Sienna top scores of "Good" for most crash tests. Exceptions include the small-overlap front driver and passenger results, which returned a second-best Acceptable and third-best Marginal, respectively. The Sienna received a ranking of Superior for advanced front crash prevention technologies. 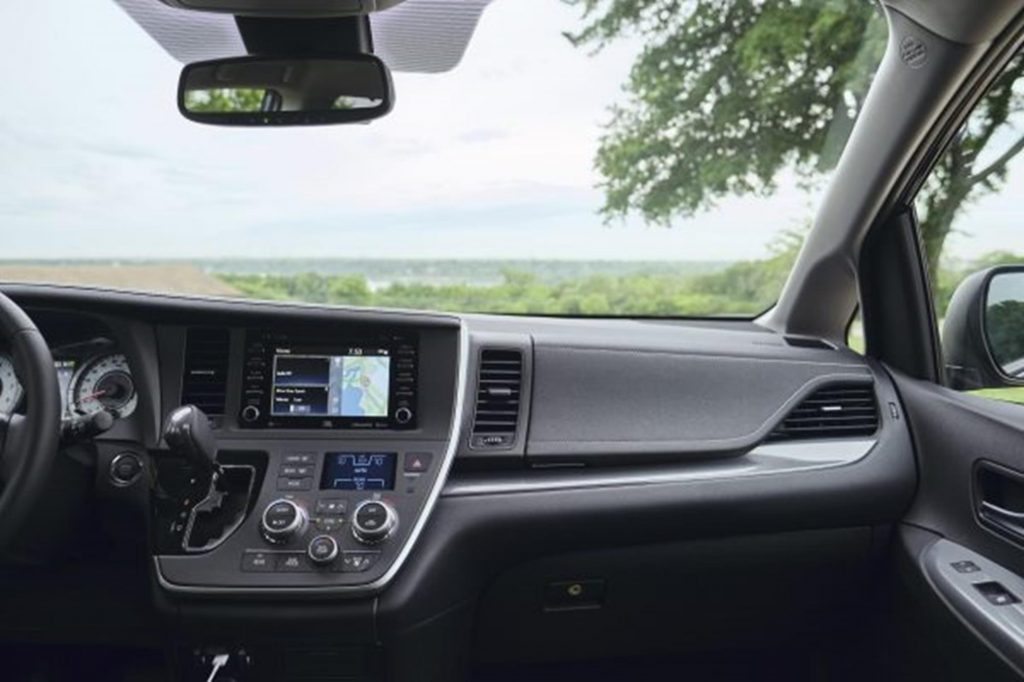 The Sienna is powered by a 3.5-liter V6 that outputs 296 horsepower to an eight-speed automatic transmission. The van comes with front-wheel drive as standard and has all-wheel drive as an option. We noted a definite handling change when going from FWD to AWD and recommend AWD as a result. It balances the van's on-road presence better and improves all-weather control.

The 2020 Sienna is a comfortable drive with a predictable, confident feel. The V6 never seems to lack for power and the transmission will happily shift to accommodate acceleration, uphill climbs, etc.

The Sienna holds a good resale value in the minivan market, which helps its value proposition immensely. It is otherwise relatively high priced, comparatively, though. We'd recommend looking at the mid-level SE package for the best mix of price and accouterments.

Toyota may have the incentive to push Sienna sales with incentives this year, in view of the Grand Caravan leaving the market and the Sienna holding a distant third place in overall minivan market sales. Especially given that the Pacifica, the Grand Caravan's replacement, now has AWD as an option as well as a very efficient plug-in hybrid model. 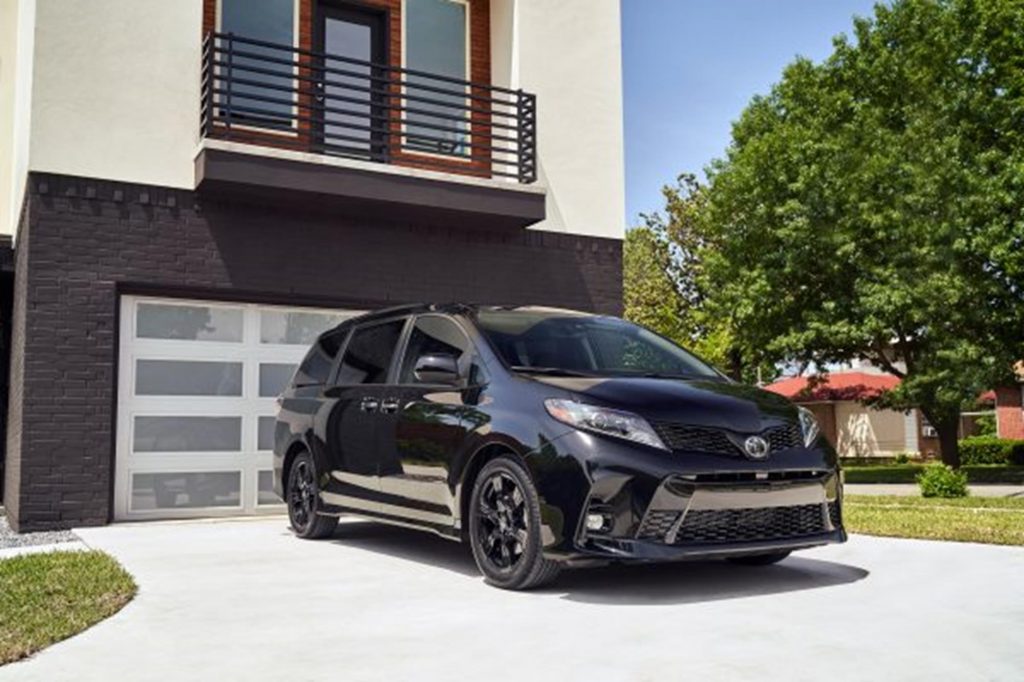 The 2020 Toyota Sienna competes against some strong rivals in the minivan marketplace. The Dodge Grand Caravan is, as we've stated, leaving, but is replaced by the Chrysler Voyager and Chrysler Pacifica models. Both are excellent rivals for the Sienna with strong looks, good dynamics, and a lot of up-to-date technologies. The Voyager is far cheaper to buy than is the Sienna, but doesn't have the refinement of the more upscale Pacifica and mid- to upper-level Sienna models. The Pacifica has an upscale look, strong interior ergonomics, and the popular Stow-and-Go seating of the outgoing Grand Caravan. Also available and recommended in the minivan market is the Kia Sedona, which has a good price tag and smart interior.

The 2020 Sienna is still a contender in the minivan market, but will seem very dated compared to the Chrysler and Kia models it competes with. Shopping around is recommended, but deals can be had for the Sienna, so an open mind could pay off.