What Is The Average Price Of A Used Toyota Sienna By Model Year? 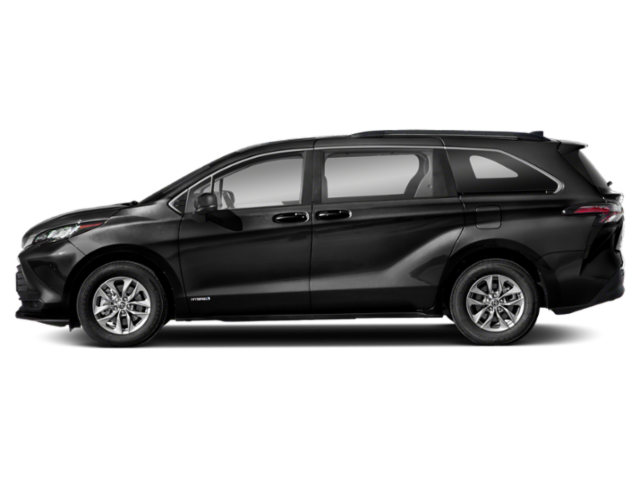 The Sienna is a minivan marketed by Toyota since the 1998 model year. Three generations of the Toyota Sienna are currently on the road, most of which are front-wheel drive sliding door minivans. The Sienna soon differentiated itself for its value and by becoming the only minivan on the market to-date to offer all-wheel drive as an option. The first-generation Toyota Sienna came to market in 1998, replacing the Previa before it. The Sienna was based on the Toyota Camry sedan with a longer wheelbase and a sliding door. It seated up to eight, depending on trim level and configuration. The only engine option was a V6 mated to a four-speed automatic. The second-generation Sienna entered the market in 2004, this time with a V6 mated to a five-speed automatic transmission. Fold-flat third row seating was introduced and the van's width was increased by about four inches to allow 4x8 feet materials to be laid flat in the cargo space with the seating folded. Safety and convenience features were significantly upgraded as well. The third and current generation of the Toyota Sienna was introduced for the 2011 model year. A four-cylinder engine option was introduced and a more efficient eight-speed automatic replaced the six-speed automatic for the 2017 model year. The most common complaint about the Toyota Sienna involves electronic issues with the engine computer. This is most common in the 2000-2006 model years.

Some might be surprised to learn how active the minivan market is. The 2020 Toyota Sienna competes in this segment against heavy rivals, though the field is much smaller now than it was in the past. Minivans are known for roomy interiors, family-friendly designs, and daily use ergonomics. The 2020 Sienna hits all of those points.

The Sienna is, at this point, becoming fairly long in the tooth. Redesigned in 2011, the Toyota minivan hasn't seen a major upgrade since. That doesn't mean it's outdated, however, but it does have some design and technology elements that seem yesteryear compared to the other options available now.

The greatest claim to fame for the Sienna has been its status as the only minivan on the market with all-wheel drive. Chrysler has introduced AWD for the 2020 Pacifica, however, which will mean that the Sienna will face some competition. The discontinuation of the best-selling Dodge Grand Caravan, though, might give Toyota an edge, though.

The minivan market is, despite all pronouncements otherwise, alive and well. The 2019 Toyota Sienna competes in a small segment that boasts some great options for families who need realistic, roomy transportation. Minivans offer huge amounts of interior room, plenty of seating for everyone, and lots of daily ergonomics that just can't be found in a crossover or SUV.

The 2019 Sienna is the only offering in the minivan segment with all-wheel drive. The Sienna also gets Amazon Alexa voice-assistant integration and Apple CarPlay this year. Outside of those improvements, however, the Sienna hasn't seen a significant upgrade since 2011 and is really showing its age.

For the 2019 model year, the Sienna is offered in five trim levels with some ala carte and sub-trim packages to add onto those with more upgrades. The base level 2019 Sienna is well-outfitted while the SE adds some sport to the minivan's ergonomics. Toyota also offers disability-ready mobility-enhanced options for the Sienna from the factory in the LE and XLE trim levels.

With plenty of standard features, seating for up to eight, and lots of trim level options to choose from, the Sienna remains a solid choice in the minivan market despite its age.
See the full 2019 Toyota Sienna Test Drive Review.

The Toyota Sienna is a mainstay in the minivan segment, which is a staple for the American market despite not growing much. With renewed competition from other minivans, Toyota decided to upgrade the Sienna for 2017 to address some of the van's woes since this generation's introduction.

A new engine and transmission are the primary new items added to the 2017 Toyota Sienna, both of which work together to improve performance and fuel economy. One of our chief complaints last year was that the Sienna produced less-than-expected fuel efficiency and didn't have much get-up when loaded with passengers. Some of that has changed this year.

The 2017 Sienna carries on with the solidly performing Toyota minivan that's been a popular choice among buyers for years. With great family ergonomics and class-exclusive all-wheel drive, it's definitely worth considering and worthy of its high rating.
See the full 2017 Toyota Sienna Test Drive Review.

The minivan as a tool for toting large numbers of people around efficiently has been around for a long time and while many may believe that the segment is dying, sales numbers show that it's a steady market full of well-heeled buyers. Competition in this segment is fierce, though small. Among the competitors, though, the Sienna remains a favorite for its balance of economy and solidity while offering some of the best ergonomics and convenience to be found.

The 2016 model year sees little in the way of change for the Sienna, with last year's significant refresh continuing forward. A couple of convenience features in the upper trims and packages as well as the addition of Siri Eyes Free to all trim levels are the only major changes for 2016.

To be fair, though, not much needed changing on this latest Sienna. A solid performer in the market, the 2016 Sienna offers comfort, convenience, and class-exclusive all-wheel drive to go with its well-considered ergonomics. The Sienna remains the minivan to beat.
See the full 2016 Toyota Sienna Test Drive Review.

The life of a minivan is not an easy one. They're often the butt of jokes, suffer from the stigma of being the "your fun life is now over" in memes, and they are often compared to the most boring traits humans can imagine. Yet these masters of utility and people-moving remain a mainstay in the automotive market. Despite edgier and more socially acceptable crossovers encroaching on their turf, minivans still hold a place in the driveways of America as buyers continue to choose them for their family-centric designs.

The 2015 Toyota Sienna is one of the top choices in the minivan segment. It blends value, family-friendliness, efficiency, and capability into one well-designed package. It also remains the only minivan on the market with an all-wheel drive option, which many will appreciate.

For 2015, the Sienna sees several updates in a significant refresh, adding some exterior styling points, a lot of interior upgrades, and a more drivable chassis. On that latter point, a new trim level, the SE, has been added with a focus on a sportier experience behind the wheel. Other items fans of the Sienna have come to love, such as the huge widescreen rear entertainment option, the easily-stowed second row bench center, and in-floor third row folding remain. These are enhanced by a new Driver Easy Speak system, broadcasting the driver's voice from the Bluetooth inputs up front to the rear speakers. Parents will call this what it is: a yell at the kids enhancer.

In all, the 2015 Toyota Sienna is a much more family-centric van than it has been before and brings a lot of compelling choices to the minivan market. We give it high marks for doing so.
See the full 2015 Toyota Sienna Test Drive Review.

The 2013 Toyota Sienna is in its third generation of production and it comes with some fairly major changes for this model year. Perhaps the biggest change is the dropping of the four-cylinder engine option. There are some standard features added, as is the case with most years, but the overall design hasn't changed much. Overall, it's tough to match the convenience and reliability of the 2013 Toyota Sienna. It offers the availability of All-Wheel Drive (AWD), which is a nice feature for those in the non-temperate climates and rare in the minivan segment. It is also one of the few vehicles you'll find that has a total seating capacity of eight. A nice array of options and technological features rounds out Toyota's flagship minivan, the 2013 Toyota Sienna.
See the full 2013 Toyota Sienna Test Drive Review.

How much is a Toyota Sienna?


See below for the average Toyota Sienna price across model years.

The average price for a 3-year-old used minivan is $27,988, with the Toyota Sienna's price typically $10,926 above average for this vehicle type.


How long do Toyota Siennas last?


See below for the reliability scores of various cars in the minivan category:


Is the Toyota Sienna a good car?