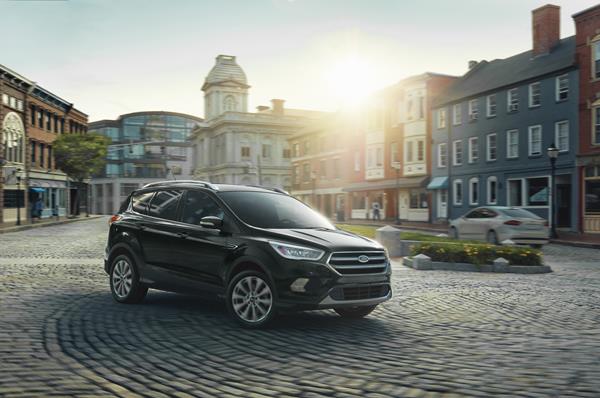 The Ford Escape walks the fine line between sporty car-like agility and useful crossover-SUV versatility. It does this well and is one of the better blends of performance and usefulness in the class.

The 2019 Ford Escape updates a few things from the previous model year, adding Sync 3 infotainment in the lower SE trim and making keyless entry and push-button start standard in the SE and SEL trim levels. The Escape is otherwise unchanged.

There aren't many things to dislike about the Escape and its held its age well, despite being one of the older designs in the compact crossover market today. The Escape, last redesigned in 2013, has aged well.

The 2019 Escape is a five-seat compact crossover-SUV offered in four trim levels with three engine choices. Front-wheel drive is standard and all-wheel drive is offered on most trims. 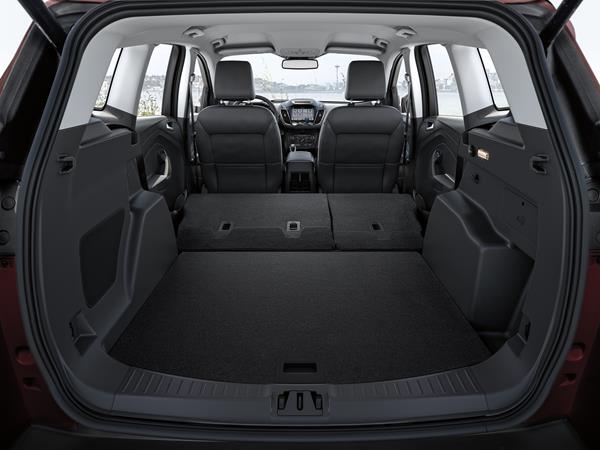 The Escape's design dates back to 2013 when this generation of the crossover was introduced. It's a well-done look with a sporty, but contemporary feel that doesn't over-engage the eye. Yet this design is becoming dated compared to others on the market and even when compared to other crossovers in the Ford lineup.

The front fascia of the 2019 Escape features a wide, but not over-large grille, thin headlamps, and a lower intake that leaves little for a bumper between. Fog lamps in trapezoid bezels flank the intake below the headlamps. Body lines are simple but sporty and an aggressive curvature for the roof, tapering to the rear, adds a lot of forward pace to the Escape.

The overall look of the Ford Escape is good and while not in line with today's updated modern appearances, it's certainly not ugly or lost in the shuffle.

The design for the 2019 Ford Escape's interior is as dated as the exterior is, but not in a bad way. Most consumers will barely notice the difference unless modern bling is more their style. The Escape's interior isn't uncomfortable or badly done (much the opposite), but it is not as upscale as some newer options in the segment.

The cabin is handsome, in its way, and one of the quietest we've been in. Materials quality is good throughout with very little "cheap" to be seen. We like the roomy cargo space, decent back seating, and strong technology the 2019 Escape offers inside.

The front seats, which default to cloth upholstery in the lower trims, are nicely done with little to complain about. They aren't as plush as some rivals' seats, but they are very good in their own right. Adjustments are plentiful and easy to make and sport seating is available as an option in some trim levels. We'd advise the taller and wider among us to steer clear of those, however, as they are aggressively bolstered.

The rear seats in the Escape are good, but not terribly roomy. Kids and average-sized adults will find the outboard seating to be a good fit. The center position is more cramped, however, and not as accommodating. Parents will like the easy access to child safety seat anchors for both tethers and LATCH. We note that putting a child safety seat in the middle position, however, is a bit iffy and not recommended.

The 2019 Escape offers a lot of cargo space given its size. The tapered roof doesn't seem to have slimmed the volume in the back as much as it might appear to have. The fold-flat 60/40 split rear seating is also a nice touch, though they must be dropped individually from the side doors rather than from the rear. Towing in the Escape is also a surprising option, with a trailer tow package from Ford offering up to 2,000 pounds of towing capability--depending on the engine chosen.

The 2019 Ford Escape is strong on technology, even at its base level. The base model screen is a 4.2-inch display with a USB port, Sync voice activation features, and a six-speaker stereo. Upgrades add a larger screen, Sync 3 infotainment, navigation, Apple CarPlay and Android Auto, satellite radio, and more.

The Sync 3 system is one of the better options on the market for an infotainment interface. It's easy to understand, usually quick with responses, and offers a crisp layout for menus. Voice activation, however, is not the best but is at least functional for most needs. 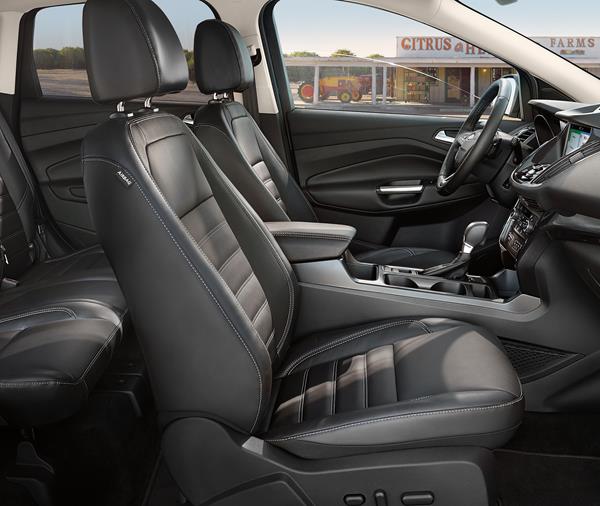 The 2019 Escape has three engine options, each of which deliver differing fuel economy returns. The base engine is EPA-estimated at 21 mpg in the city and 29 mpg on the highway. That's a bit below average for the class, especially for a base offering. A 1.5-liter engine is offered with a 23 city and 30 mpg highway rating, which is more in line with the segment. A top-most 2.0-liter engine offers 22 mpg city and 29 mpg highway as a middle point.

The 2019 Ford Escape has received a "Better Than Most" rating from the J.D. Power and Associates Vehicle Dependability Study. The Escape has had no safety recalls, as of this writing, and is covered by a warranty that is about par for the segment.

The Escape has received good scoring for crash test results from both the National Highway Traffic Safety Administration (NHTSA) and the Insurance Institute for Highway Safety (IIHS).

The NHTS has given the 2019 Escape five stars overall (out of five) with five stars each for front and side crash test results and four stars for rollover tests. The IIHS has given the 2019 Ford Escape top scores of "Good" on all but the small overlap front driver test results, which resulted in a next-best "Acceptable" rating and the small overlap front passenger test, which received a low rating of "Poor."

The 2019 Escape has three engine choices across its lineup. The base engine is a 2.5-liter four-cylinder that delivers 168 horsepower to the front wheels. This is a good base offering, but not the best choice for the Escape for either fuel economy or performance.

The next engine is a 1.5-liter turbocharged four-cylinder that is a good fit for everyday driving in the Escape. It delivers 179 horsepower and, though the turbos can take a bit to kick in, it gives a strong feel to the Escape versus the base offering. It's also the most fuel-efficient option for the little crossover.

The top-most engine is a turbocharged 2.0-liter four-cylinder that outputs 245 horses and a lot more muscle for the crossover. The Escape has this engine only in its top-most Titanium trim level, but it's a good one.

All three engines pair to a smooth six-speed automatic that is a good match for the 2019 Escape. Handling in the Escape is also very good, with a crisp, car-like feel that belies the taller stance of the crossover. This sporty handling comes at the price of some bounce when hitting rough patches, but it's all better than the norm for the segment. Further, the 2019 Ford Escape is one of the quietest non-luxury compact crossovers we've driven, with the cabin remaining quiet even at highway speeds.

The 2019 Ford Escape is, generally, cheaper than the other options on the market. This helps make up for its somewhat dated feel and means that good deals are easier to find. We'd recommend skipping the base model and starting the shopping with the next up SE model for better value. In addition, all-wheel drive models trend towards better resale down the road; something else worth considering.

The compact crossover-SUV segment is one of the hottest and most competitive today. The Escape competes against strong rivals like the very well-done Honda CR-V, which offers similar value and more interior room. The excellent Mazda CX-5 offers the same sportiness and fun as the Escape, but with a better interior experience. The Toyota RAV4 offers a lot of excellence as well, but is generally more expensive than is the Escape.

The 2019 Ford Escape is a good offering in the compact segment. It's a bit dated, for sure, but not in a way that seriously detracts from its value proposition and strong daily use ergonomics.