What's the price of a Chevrolet Equinox SUV by year?

How can you save money on a used Chevrolet Equinox?

Does car color affect the price of a used Chevrolet Equinox?

How to save money when buying a used Chevrolet Equinox ?

Chevrolet Equinox Rankings vs. the Competition

What Chevrolet Equinox color has the best resale value ?

What is the best time to buy a used Chevrolet Equinox ?

What's the price of a Used Chevrolet Equinox SUV by year?

Where to find a cheap Chevrolet Equinox ?

What colors are the best deals for a Chevrolet Equinox ?

What Is The Average Price Of A Used Chevrolet Equinox By Model Year? 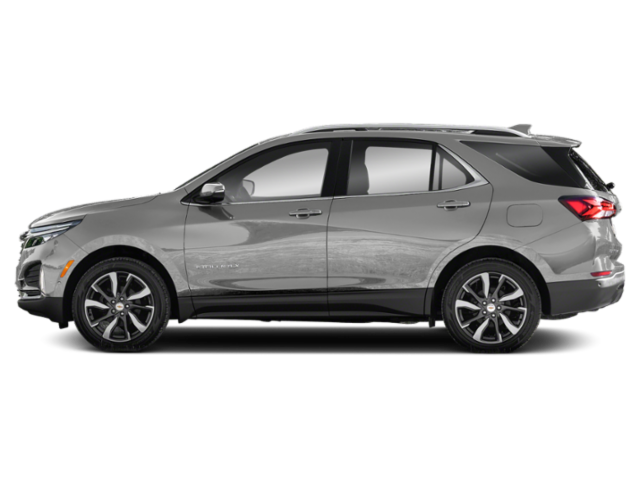 The Chevrolet Equinox was introduced in the 2005 model year as a midsized crossover-SUV (CUV). This five-door offering seats five and is one of Chevrolet's more affordable crossovers. It has gained a reputation for affordability, fuel economy, and family friendliness. The Equinox was the first Chevrolet-branded crossover. The Equinox has also been used as a platform for experimental and concept vehicles including advanced powertrain development such as hydrogen fuel cells and batteyr-electric vehicles. Also on offer in limited, special order numbers was a compressed natural gas (CNG) version of the Equinox from 2013 to 2014. The first-generation Equinox was produced alongside its twin at Pontiac, the Torrent. The unibody platform used was shared with the Saturn Vue and Suzuki XL7, though many differences remained as well, including a larger exterior and interior for the Equinox and Torrent. Front-wheel drive was standard and all-wheel drive was optional. A V6 powerplant was the only option with a five-speed and then six-speed automatic transmission being mated, depending on model year. In 2010, a second-generation of the Chevy Equinox was introduced with the Pontiac variant having been dropped when the Pontiac nameplate was retired. A new, stiffer platform was added as were new, gasoline direct injection engines for better performance and economy. Also newly added was a four-cylinder engine option, a 2.4-liter offering. A six-speed automatic was used either both the four and six-cylinder engines and front-wheel drive remained standard with AWD as an option. This second-gen Equinox is the third best-selling Chevrolet model in North America. A new-generation Chevy Equinox was introduced as a 2017 model as a smaller option in lieu of a new midsize CUV entry which will take its place in that market. Most Chevrolet Equinox problems, reported by consumers, are at mid-mileage (65,000 and above) for the first-generation of the crossover. Problems include excessive oil consumption, heater core failures, and blown head gaskets.

The current-generation Equinox was introduced in 2018 as the third generation of this popular family crossover. The Equinox meets a continually-growing segment of buyers looking for a midsize crossover on the slightly smaller side and with a comfortable interior and affordable price tag.

For the 2020 model year, the Chevrolet Equinox sees a couple of changes, starting with package changes for the trim levels to better match consumer needs. Safety equipment such as forward collision warning and automatic emergency braking are now standard on all 2020 Equinox model trims. Finally, Chevy decided to drop the diesel engine amid trouble with certifications and a low customer interest.

The 2020 Chevrolet Equinox remains one of the lowest priced options in its segment, a big attractant to customers for the model since its introduction. As with previous years, the base model is largely a "paper only" trim that must be special ordered. The extremely low price advertised as the base manufacturer's suggested retail price (MSRP) for the Equinox should thus be taken with a big grain of salt.

The 2020 Equinox is a five seat, large compact crossover. Four trim choices are available, starting with the special order model L and rising through the LS, LT, and Premier trims. Two engine choices are available and both front-wheel and all-wheel drive are options.
See the full 2020 Chevrolet Equinox Test Drive Review.

The 2019 Chevrolet Equinox is one of the newer compact crossovers on offer right now. Redesigned in 2018, the Equinox sees a few changes for this new model year, but remains the same staid performer with no fewer than three engine options, including a fuel efficient diesel. Yet the Equinox competes in a segment that is rife with excellent choices.

There are some downsides to the new Equinox as well, but consumers may overlook many of those given the low entry price for the crossover and some of its near-exclusive engine options.

The 2019 Chevrolet Equinox seats up to five as a compact three-row crossover. There are four trim choices for the Equinox, starting with the base model L and moving through the LS, LT, and Premier points. The top two trim points have three engine options available.
See the full 2019 Chevrolet Equinox Test Drive Review.

The 2015 Chevrolet Equinox is a five-passenger, two-row small to medium crossover from General Motors. Highlights are its high safety ratings, excellent interior, and strong quality ratings. A robust exterior look and high EPA fuel economy ratings are attractive to buyers, though in the real world, these may not be as compelling as they seem.

In all, we like the Equinox for its long-term appeal and find that, despite its aging design, it's a surprisingly competitive offering in the small crossover segment.
See the full 2015 Chevrolet Equinox Test Drive Review.