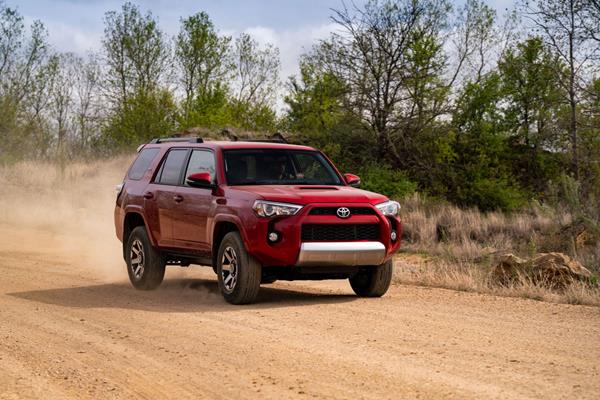 The 4Runner is a traditional body-on-frame (truck-based) sport utility, but competes in an arena full of more modern crossover (car-based) utilities. The 2019 4Runner continues with the now long in the tooth design of this-generation 4Runner, introduced in 2010. Compared to most crossovers, the 2019 4Runner is far more off-road-ready and muscular in capability as a traditional SUV.

The 4Runner is a very capable off-road goer and "get there" SUV, but it lacks refinement on the road and isn't well suited for family hauling on the daily.

The 2019 Toyota 4Runner is a midsized SUV available in seven trim levels. There is only one engine and transmission option, but drivetrain options include both rear-wheel and four-wheel drive. 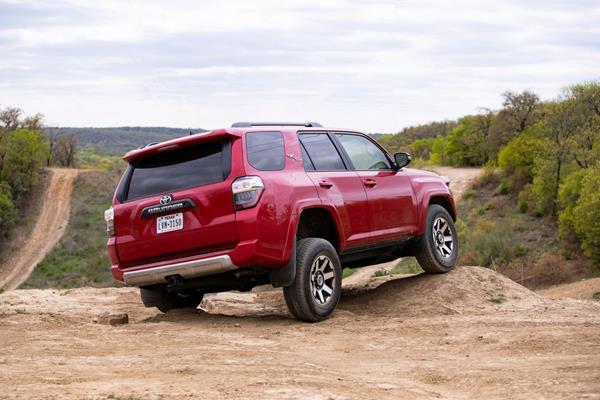 The 2019 Toyota 4Runner has an exterior design that is very closely related to the Tacoma pickup truck it shares much with. The 4Runner has many things in common with the Tacoma, including powertrain components and capabilities. Interior elements are also often shared between the SUV and its pickup truck sibling.

The 4Runner has a less polarizing look than does the Tacoma, however, thanks to its bulkier body styling and bigger presence. As an SUV, the 4Runner has a more robust feel to its appearance. He muscular look of the 4Runner gives it a lot of appeal for buyers, explaining much of its draw and high sales figures. The wide intake, large headlamps, and protruding hood are strong statements in today's market.

The Toyota 4Runner's off-road capability is announced by its large, trapezoidal wheel wells, simple bodywork, and large amounts of wheel and ground clearance. The tall stance and utilitarian design of the 4Runner make no bones about its capabilities off the pavement. Some angled edges and fender design cuts mimic the upper roofline and heavy rack of the 4Runner as well.

The functional interior of the 2019 Toyota 4Runner is robust but comprised of a lot of hard plastics and unadorned surfaces. The strength of the design is in its utilitarian appeal, but many will not find that to their liking. Nevertheless, materials quality in the 4Runner is good and the layout is functionally excellent.

Front seating in the 2019 4Runner is well-done with a comfortable, roomy design that offers a lot of adjustment. The driver may not like the truck-like seating position in the 4Runner, but this goes along with the SUV's overall motif. We like the cloth upholstery and tough leatherette options the 4Runner has, which are all made to do well with rough use.

The second row in the 2019 4Runner is plain but useful and accessible. The bench can haul three kids across or two adults comfortably. Three child safety seats, however, will be a chore to install and three adults will have to squeeze at the shoulders to fit across the 4Runners rear bench. There are some seat adjustment options, including tilting, in the upper trim levels of the 4Runner.

The third row in the Toyota 4Runner is only for kids. Adults will find it hard to access, cramped, and very uncomfortable. These extra two seating positions, which are optional in the 2019 4Runner, are capable of holding two children with or without child safety seats or boosters. The third row eliminates some cargo storage and convenience options, like the sliding tray.

The 4Runner features a flat, wide cargo floor, but at a high height that makes loading difficult with bulkier items.

The 2019 Toyota 4Runner offers previous-generation Toyota infotainment and tech options, falling well behind most in this segment. The clunky, outdated, and not very appealing infotainment in the 4Runner is only made worse by a lack of safety and driver's aid options in the SUV.

The base model 4Runner includes a 6.1-inch touchscreen with upgrades going to an 8-inch screen. The screen is good-sized for the SUV but has yesteryear graphics quality and not much connectivity beyond Bluetooth. Previous-generation Entune offers Pandora and Yelp with a Premium setup and requires a way to stream data for usage. 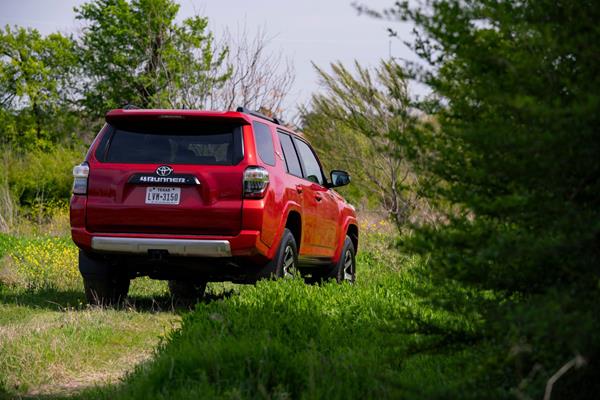 Our week with the 2019 Toyota 4Runner saw only 16 mpg as an overall number. These match last year's returns in a more off-road-oriented version of the 4Runner and match similar returns from the year before as well. Showing the 4Runner is at least consistent in MPG numbers.

The 2019 4Runner has received a "Better Than Most" rating from J.D. Power and Associates in their Vehicle Dependability Study. This is the second year in a row for that rating, which boosts our view of the 4Runner this model year. There is only one recall for the 4Runner and it was only for mislabeled parts. The 4Runner has a standard warranty that is about average for the segment.

The Insurance Institute for Highway Safety (IIHS) has given the 2019 4Runner top scores of "Good" for most crash tests. The exception being a second-worst possible "Marginal" rating for small overlap front driver-side test results.

The 2019 Toyota 4Runner has a 4.0-liter six-cylinder engine and a five-speed automatic transmission. The engine outputs 270 horsepower and 278 pound-feet of torque. Rear-wheel drive is standard in most trim options with four-wheel drive as an option. Some off-road-centric trims, such as the TRD packages, include 4WD as standard.

The 4Runner is a solid goer, but not exciting or really quick in most situations. On the road, the SUV is loud and has a mushy drive quality that doesn't inspire a lot of confidence around corners or on a merge. The transmission shifts often, but hesitantly, and the engine takes a while to get up to peak power output.

For options, we'd suggest the SR5 base model or SR5 Premium and the 4WD upgrade as good value options for the 2019 4Runner. For those who need serious off-pavement capability, the TRD Off-Road models are more spendy, but well worth the price for their extensive capability in that arena. We'd forego the expensive Limited and TRD Pro models of the 4Runner.

Resale for the Toyota 4Runner is good and adds to its value proposition on the whole. 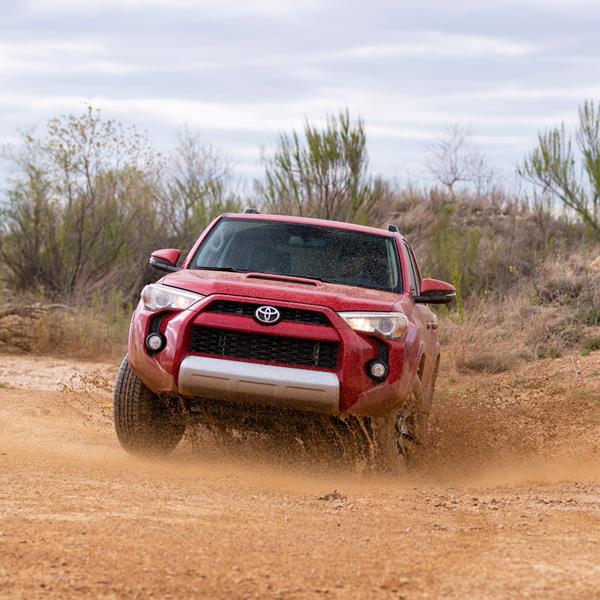 The competition against the 2019 Toyota 4Runner is pretty slim, given its truck-based SUV build. The Chevrolet Traverse is a better family rig, the Jeep Cherokee and Grand Cherokee are largely just as capable off-road against non-TRD models of the 4Runner, and the GMC Acadia offers more premium styling and appeal. All of these options are more comfortable and daily-use friendly. None are as low-cost or package-ready for off-pavement as the 4Runner can be.

The 2019 4Runner is aimed towards sport utility buyers of the old school, who need off-road capability more than any other metric. Compared to family-oriented crossovers and more comfortable road-going SUV options, the 4Runner stands alone as a serious SUV.