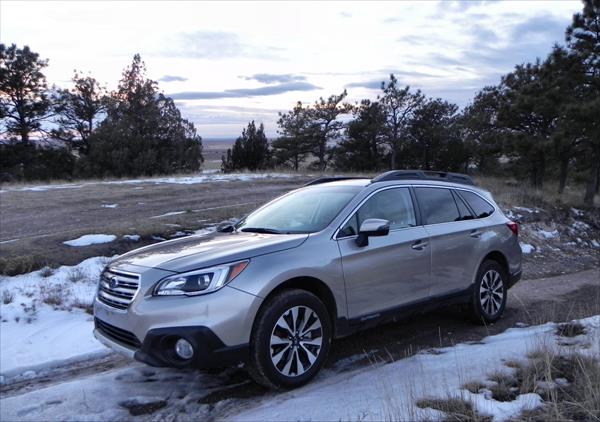 Overview (Final Score: A-)
The 2016 Subaru Outback is a five-passenger wagon-style crossover offered with two engine choices and all-wheel drive as standard. Well-known for its rugged capability and strong value, the Outback carries forward with this historically-earned reputation.

The 2016 model year sees a handful of improvements to the Outback, which was fully redesigned in 2015. Primary upgrades this year include the latest-generation EyeSight system for safety and convenience on the road, small changes to improve usability for the infotainment system, and a few slight changes to interior fittings for better ergonomics.

With no true rival on the market, the 2016 Subaru Outback is a well-designed, well-built family vehicle that continues to improve despite a lack of serious competition. Overall, buyers will be hard pressed to find a better mix of family ergonomics, daily use ergonomics, and ill-weather and offroad chops in one package.


What We Loved About the 2016 Subaru Outback


What We Didn't Love About the 2016 Subaru Outback 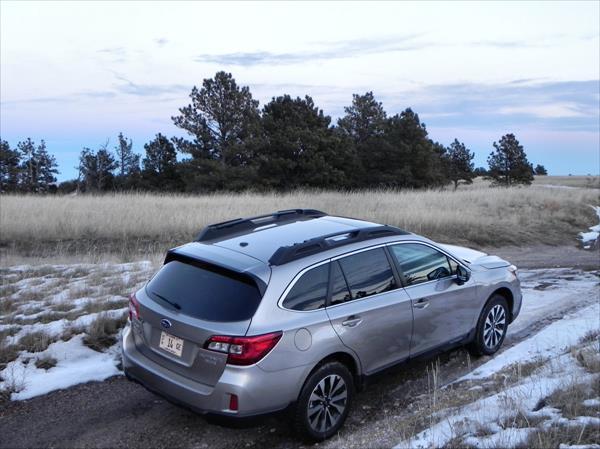 Exterior View (8/10 relative to market)
The Subaru Outback is a true crossover in that it's a mixture of a station wagon and a modern crossover-SUV. The largest of the Subaru lineup, the Outback has little in common, visually, with the Legacy sedan with which it shares underpinnings. The 2016 Outback is virtually unchanged from the 2015 model year, retaining the same beefy station wagon styling, high ground clearance, and strong body lines.

The front fascia is thin and car-like, with its only giveaway to being a crossover being its high clearance and lower lip guard hinting at a skid plate underneath. The hood is curved slightly upwards to a tall windshield. Roof rails are standard on the Outback, no matter the trim, and accentuate the utilitarian nature of the car's purpose beyond its looks.

Strong lines run along the sides from the front fender to the rear tail lamps, creating a thick beltline. Underneath, the door panels curve slightly to dimple at the bottom for a running board just above the lower armor panels. The rear hatch and thick taillamps add a robust look to the station wagon style. 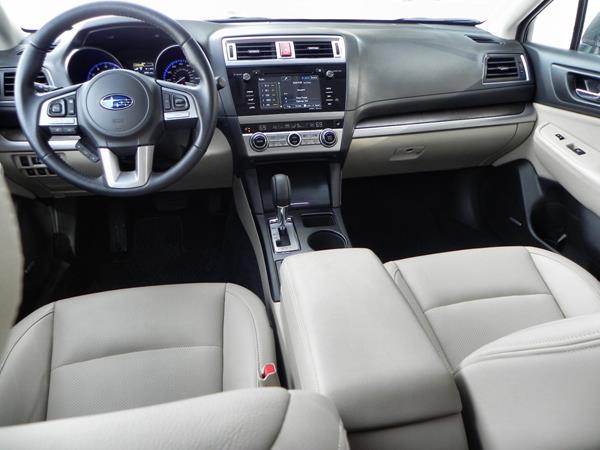 Interior Comfort, Quality, Ergonomics (9/10)
The 2016 Subaru Outback has a very well-designed interior that carries over from the complete redesign of the car that was introduced last year. Most of the small updates made for 2016 are to the infotainment interface and the center storage bin, which grows a bit in size. Other notables are the smaller EyeSight system, which now impedes the driver's vision less. This works in concert with the thin roof pillars and wide greenhouse to give the driver a lot of visibility outside the car.

Quality materials and workmanship are found throughout the Outback's cabin. Soft touch materials and smart ergonomic placement for storage and cubbies is the norm in the Outback. The front seats are very comfortable, even for tall folks, and the second row saw huge improvements in spaciousness and comfort with last year's upgrades. Full adults can now sit in the back without being cramped.

Cargo is also good. The low, flat loading space is wide and flat, making it readily accessible. 35.5 cubic feet are found when the rear seats are up and over 73 cubic feet are available with those seats folded. Rear fold levers to drop the rear seats, located inside the rear hatch, are now standard in the 2016 Outback. A great convenience feature. The integrated roof racks and lower overall height of the Outback also make the roof much more accessible for loading/unloading additional gear.

On the road, the 2016 Subaru Outback is much quieter than previous generations have been.


Technology (8/10)
Possibly the greatest improvement to the Outback for 2016 is in its technology suite. The standard infotainment interface is a 6.2-inch touchscreen using Subaru's latest Starlink system. Most of the expected connectivity, such as Bluetooth, is included, as are HD radio, a USB plug, and audio streaming from a device. The upgraded infotainment system expands screen size to 7 inches and adds Starlink Connected Services, a safety and security suite.

Navigation is optional in the Premium and Limited models. This adds touchscreen upgrades that include pinch/expand (ala a tablet) to control the navigation's display. Several safety systems such as emergency assistance, collision notification, etc. are included in the SCS upgrade with possible package upgrades from there adding crash avoidance and other technologies.

The infotainment in the 2016 Outback is relatively intuitive to use and easy to follow with well-done voice commands for most common needs. Advanced options are a bit clunky at times, however, and power users will likely be a bit disappointed in what's offered. 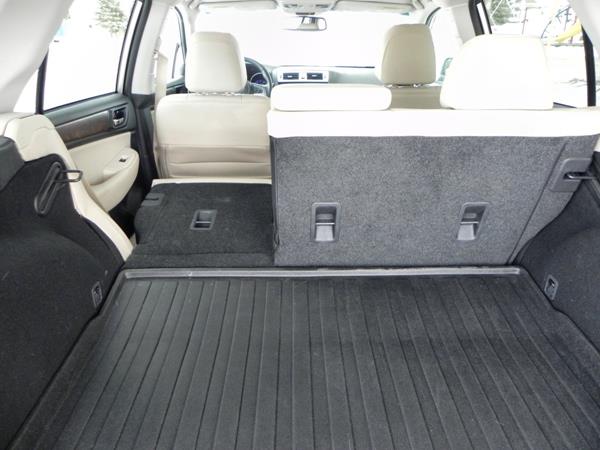 Fuel Economy (9/10)
For its size and capability, the 2016 Outback has surprisingly good fuel economy numbers. With the four-cylinder engine options, the 2016 Subaru Outback has an overall EPA rating of 28 mpg combined. This includes 25 mpg in the city and 33 mpg on the highway, all good numbers considering that all-wheel drive is standard on the Outback.

The upgraded six-cylinder engine option reduces fuel economy to 22 mpg combined (20 city, 27 highway). In the real world, we saw these numbers readily in our daily driving of the Outback with the boxer six.


Predicted Reliability, Initial Quality Ratings (7/10)
Although Subaru itself holds an excellent reputation for building reliable vehiles, the 2016 Outback may put a damper on that. So far, the 2016 model has seen two major recalls for safety systems, both regarding the vehicle's drivetrain. In addition, J.D. Power and Associates has only rated the 2016 Subaru Outback as "About Average" for predicted reliability and dependability in its annual Vehicle Dependability Study.

Add in that the warranty for the Outback is only three years, 36,000 miles (one of the lowest coverages in the industry) and the shine of Subaru's reputation gets a little dulled. 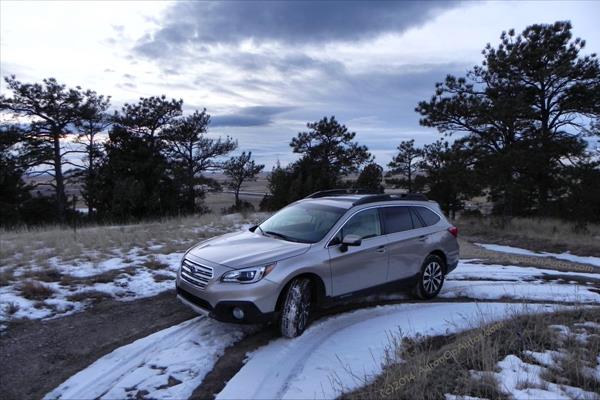 Safety (10/10)
One place Subaru always shines is in safety ratings. The 2016 Outback keeps that trend going with top scores from both the National Highway Traffic Safety Administration (NHTSA) and the Insurance Institute for Highway Safety (IIHS).

The NHTS rates the 2016 Outback with a 5-Star overall rating, with all crash tests except rollover carrying five star results - top honors from the government's crash test program. The IIHS gives the Outback its top rating of Top Safety Pick+. The additional Plus rating comes only to vehicles that ace all crash tests and that have active safety options as an option.


Performance (8/10)
The 2016 Subaru Outback comes equipped with a 2.5-liter four-cylinder horizontally-opposed engine in its base models designated as 2.5i. This engine outputs 175 horsepower and 174 pound-feet of torque into a continuously variable transmission (CVT) that powers all four wheels. Steering-mounted paddles allow for manual shifting through six simulated gears.

The upgraded engine, designated 3.6R, is a 3.6-liter six-cylinder that outputs 256 horsepower and 247 pound-feet of torque. This horizontally-opposed (aka "boxer") engine runs through a CVT and standard AWD. This engine is much more robust on the road with the lost fuel economy being replaced by more off-the-line power and a better response to the throttle.

A major update to the driveability of the Outback for 2016 was made to steering response changes. These improve the Outback's feel on the road and give it a drive more akin to a well-tuned sedan than to a taller crossover. This improves driver confidence immensely.

On the road, the 2016 Outback is a great vehicle to drive, considering its size and build. It's sedan-like handling and performance are augmented by its taller stance and better visibility. The Outback is relatively quiet on the freeway and easily darts about town with good maneuverability.

Off the road and in inclement weather, the 2016 Outback has few rivals for its capability. The Outback solidly plants itself to the ground, no matter the terrain or weather, and traverses through it easily. 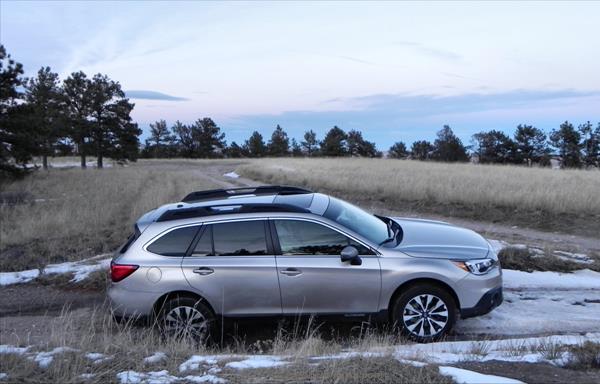 Pricing and Value (8/10)
The 2016 Outback's pricing starts around $25,000, which is a bit expensive when compared to similar-sized vehicles unless you take into account the standard all-wheel drive. For that price, the Outback is well-equipped and a solid bargain. At higher trims, however, prices climb significantly and can seem a bit expensive when compared to other options on the market. Especially given that few "dollars on the hood" offers (rebates, incentives) are offered from Subaru at the dealership.

Countering that latter downer, though, is the fact that Subaru resale values, especially for the Outback, are some of the industry's highest. Finding a buyer for a used Subaru is usually a quick, easy job. 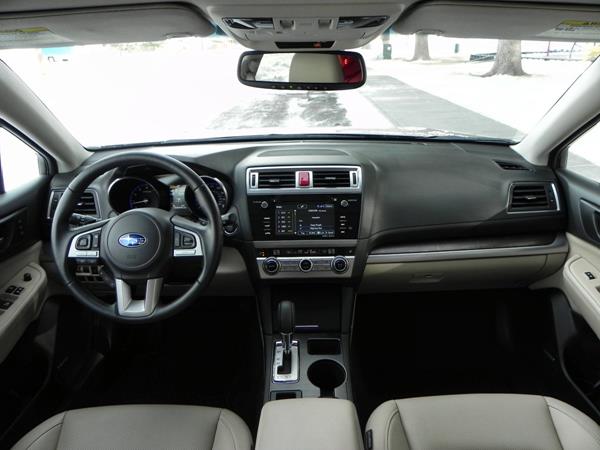 Total Score and Competitive Comparison (67/80, 84%)
The 2016 Subaru Outback has few true competitors. The Volvo XC70 is the most similar in size and design, but is more expensive and not as offroad ready. Other wagons with AWD are purely road-going vehicles with only a modicum of offroad capability, including the Volvo V60 and Audi Allroad - both of which are premium vehicles with price tags to match.

In design, price, and capability, the 2016 Outback is a vehicle unto its own. It's reputation for capability is both legendary and well-deserved and its daily use ergonomics are now some of the best in the segment. For families seeking outdoor adventure with efficient day-to-day ergonomics, the Subaru Outback is always a good choice.