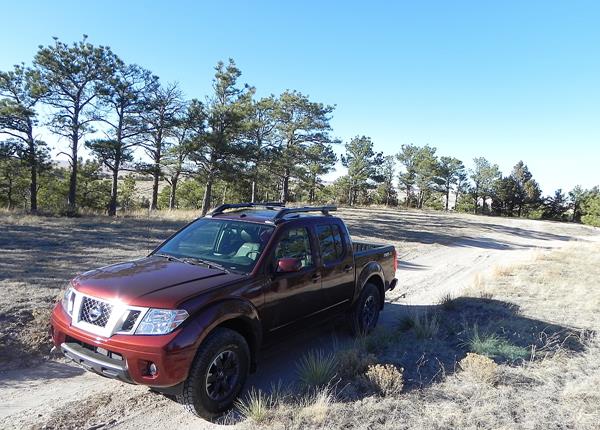 Overview (Final Score: B)
The Nissan Frontier is rugged, rough-and-tumble, and versatile. Despite its being aged in design and accouterments, it remains one of the more popular trucks in the midsize segment. For 2016, Nissan made only a few minor changes to the truck. Among rivals that are younger and more updated, though, the 2016 Frontier holds a lot of appeal to buyers who want a truck to be a truck.

Nissan truck buyers can be explained by looking at the best-selling packages for the little Frontier. The base model sells well because it's simple and to the point at a price that fleet owners and first-time buyers can readily justify. Yet at this level, it holds a lot of capability for such a small rig. In the upper end, the Pro-4X offroad package is also very popular. And for good reason. At the price paid and the capability gained for that cost, there are no rivals for the Frontier Pro-4X. Equivalent packages for offroad use from competitors either don't match up or are more expensive.

Adding in the rugged good looks, fun nature, and smart utility options included with the Frontier and it's easy to see why this truck remains popular despite having so many younger, fresher rivals.


What We Loved About the 2016 Nissan Frontier


What We Didn't Love About the 2016 Nissan Frontier 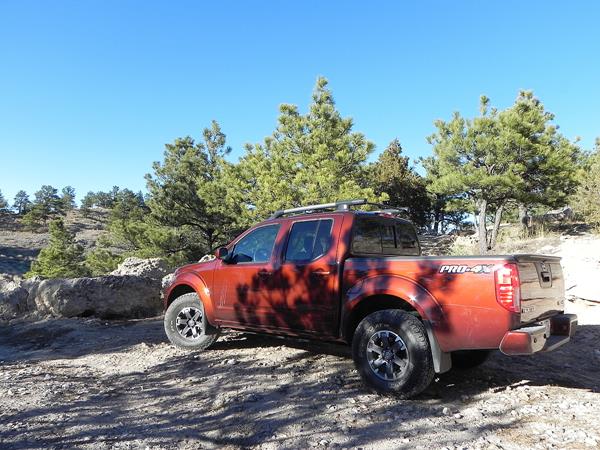 Exterior View (9/10 relative to market)
The Frontier has a classic, unmistakable look to it. The field of midsize truck offerings is larger than it has been in a decade, but the 2016 Frontier is still unmistakably a Nissan. As the smallest of the midsize trucks on the road today, it's also one of the most rough-and-tumble of the bunch.

A strong front fascia is centered on a heavy grille, thick bumper, and accented angled lower fascia for added ground clearance. The fenders have large flares and the optional roof rails on top add a lot of pop to the truck's already rugged appeal.

Our test model was the popular Pro-4X package with the offroad goodies and added ground clearance and beefier tires. Other options such as bed and tailgate caps also boost the Frontier's look of readiness. 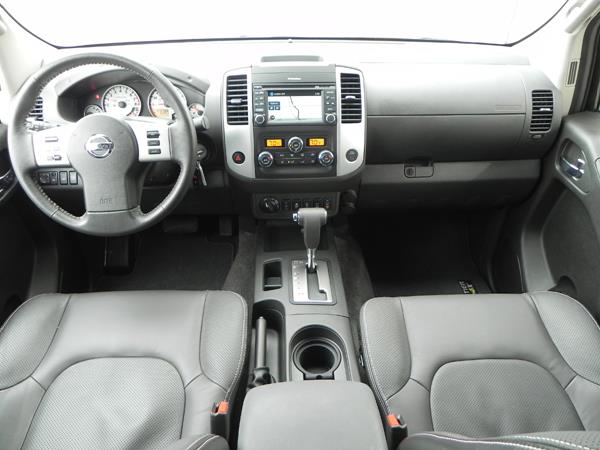 Interior Comfort, Quality, Ergonomics (9/10)
Perhaps the greatest weakness of the Frontier is its interior when compared to others on the market. For most buyers in the pickup truck realm, however, this may not be as large an issue as it would be in any other market. Especially when the truck is meant to be either a workhorse or a wilderness toy. The two most popular packages in the 2016 Nissan Frontier's trim line are geared towards one of those two purposes, which would explain its continued steady sales figures despite higher competition from rivals.

The interior of the 2016 Frontier, no matter the trim level, is definitely plain and no-nonsense. Hard plastics and a general lack of advanced options are the norm. On the other hand, everything in the Frontier looks ready for work and able to take some punishment and dirt without complaint.

Seating in the front is comfortable enough and durable, though not as adjustable as some might need. There is plenty of room for people of most sizes up to over six feet and headroom is definitely a high point of the Frontier's cab. The front passenger also has a good amount of space and plenty of storage to throw things into.

In the back, the extended cab is cramped and really only useful for the four-legged friend and the occasional child. Jump seats are the norm there, so comfort is not prioritized. The crew cab boasts regular-sized seating and can accommodate most, though knee room is going to be cramped for taller passengers. Smart storage underneath the seats as well as fairly easy child seat installation points (compared to rivals) are high points in the crew cab.

In our time with the 2016 Frontier, which adds onto several years of driving the truck in its present virtually unchanged form as the model years progressed, we've noted only one serious flaw in the ergonomics of the Frontier. That's the steering-mounted controls, which stick out far enough that you may accidentally change radio stations when turning the wheel in tight maneuvers, especially offroad. We otherwise have no real complaints about the Frontier's interior. It's rugged, like the truck, and has everything a serious truck user would want and need.

The cargo area is especially smart in the 2016 Frontier. Several options such as a bed extender, a 6.1-foot bed option (standard on smaller cabs), and some of the best sliding tie-down and securement hardware on the market make it tops in our book. 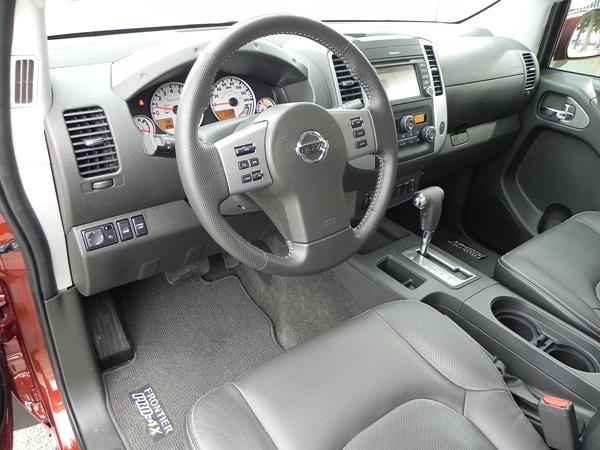 Technology (7/10)
There is plenty of tech in today's Frontier compared to those of five or six years ago, but not much more than will be found in most rivals. Advanced infotainment options available on other Nissan models aren't noted in the 2016 Frontier at all, in fact, and the 5.8-inch touchscreen is small by today's standards.

On the other hand, the upgraded audio option is from Rockford Fosgate and it's excellent, especially in the crew cab model, which boasts 10 speakers throughout.


Fuel Economy (7/10)
Fuel economy is also not a strong point for the little Frontier. Comparatively speaking, others on the market aren't much better, so this is not the heavy knock it could be otherwise, but new options from some rivals are making the Frontier's lackluster EPA numbers look dated. 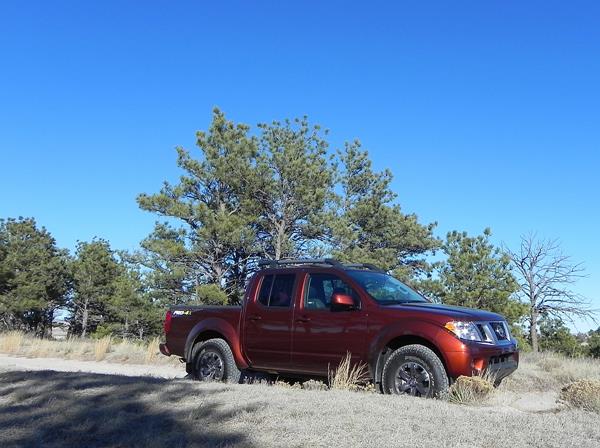 Predicted Reliability, Initial Quality Ratings (9/10)
Because of its age and very well-proven design, the 2016 Frontier has high reliability ratings to go with its rugged looks. J.D. Power and Associates gives it a "Better Than Most" rating on its Vehicle Dependability Study ranks and Predicted Reliability rating. That and the Frontier's lack of recalls for this model year give us reason to rate the truck highly for expected reliability.


Safety (8/10)
Like many in the segment, the 2016 Frontier does not have many crash test results to go from for safety expectation. Both the 2016 and 2015 model years have only partial results published. The National Highway Traffic Safety Administration has not crash tested the Frontier in either model year, as of this writing. The Insurance Institute for Highway Safety has partially tested the truck, giving it a highest-rating of Good for the moderate overlap front test, side impact test, and roof strength (rollover) test. It received a next-possible Acceptable rating for rear crash test results. These were 2015 results, which carried into 2016 with the exception of the roof strength test, which was not conducted this year. 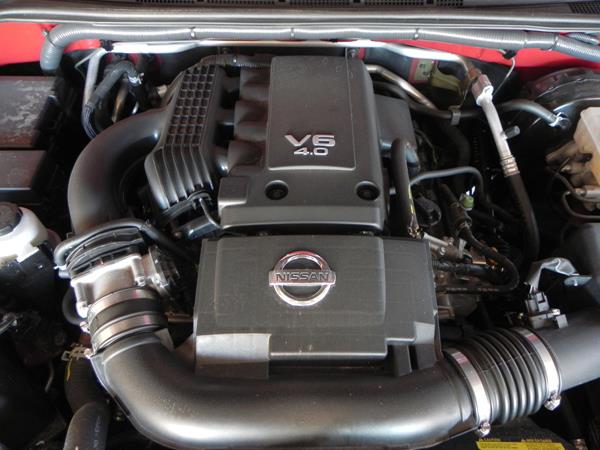 Performance (9/10)
The base engine for the 2016 Nissan Frontier is a 2.5-liter four-cylinder that rates 152 horsepower and 171 pound-feet of torque. Rear-wheel drive is the only drivetrain option, but a five-speed manual transmission or a five-speed automatic are available. This engine and drivetrain can tow up to 3,500 pounds in most configurations.

The upgraded engine is a 4.0-liter V6 that produces 261 hp and 281 lb-ft of torque. A six-speed manual transmission is available in most trim options with this engine and a five-speed automatic is available throughout. Towing is up to 6,500 pounds, depending on the truck's configuration.

We drove the V6 in a crew cab with the Pro-4X package and towed about 3,000 pounds from the factory-installed kit. The Frontier did well with this setup, so it is readily capable of pulling a tent trailer or small gear trailer when needed.

On the road, the 2016 Frontier drives like a truck. Its turning radius is not as tight as might be hoped for in a truck this small, but it's still good for the uses the Frontier is likely to be put to. Off the road, with the Pro-4X package, the Nissan Frontier has few rivals that can match both its prowess and price point.


Pricing and Value (9/10)
Buyers will be hard pressed to find a midsize pickup truck that includes the kind of value-oriented offering that the Frontier has. Especially in its low-end and top-end packages. Nissan sells a lot of Frontiers at the base level because as a work truck, it's difficult to argue with the price paid and the capability delivered. In the higher end, especially the off-pavement centric Pro-4X packaging, the 2016 Frontier has a lot to offer those who want to go play and play hard.

Coincidentally, buyers in both of these segments tend to not worry too much about how "modern" or "updated" things are in a truck. Which is why the Frontier, now well over a decade old in this design, still holds steady sales figures despite new competition from other makes. 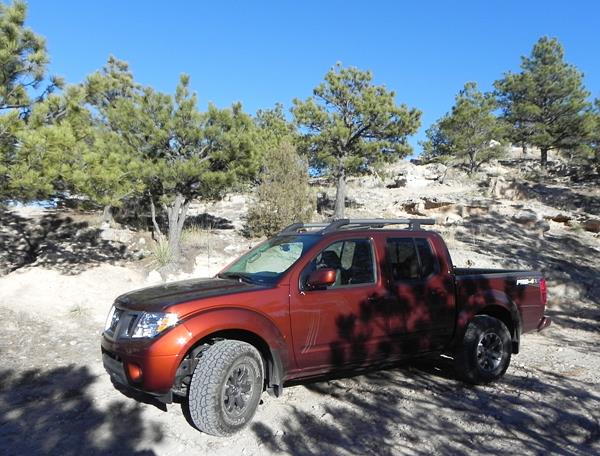 Total Score and Competitive Comparison (67/80, 84%)
The midsize pickup truck market has grown quickly in the past couple of years. With the introduction of rivals from General Motors to include the GMC Canyon and the Chevrolet Colorado and the total overhaul of the best-selling Toyota Tacoma for this new year, the Frontier faces a field of newer, more modern competition. Yet the little truck holds its own well. The GM twins are both more expensive and larger in size than is the Frontier while the new Tacoma is a bit pricier in most tiers. In comparison, though, the Tacoma is the more direct competitor to the Frontier, as it has been for years now. There are packages with the Frontier and with the Tacoma that are better for one over the other, but for most truck buyers looking for a utility truck in the small-sized segment, the Frontier likely fits the bill better. In the middle tiers, that may no longer be the case dollar-for-dollar, however, and in the upper end, the Tacoma is more likely to suit the wants of a higher-end buyer. In the offroad segment, though, it's tough to say that the Frontier with a Pro-4X package is not a better value than is the expensive TRD Pro package for the Tacoma. The Toyota has more goodies in that package, but unless you're a very hardcore offroader, the Nissan will probably do everything you want.

The 2016 Nissan Frontier is, in short, a very versatile, utilitarian pickup truck with a lot of great things going for it. Those who prefer top-end conveniences and modern accoutrements will not like the Frontier, but for the majority of midsize truck buyers, the little Nissan has it all.