What Is The Average Price Of A Used Nissan Frontier By Model Year?

The Nissan Frontier continues to sell well on the North American market despite all odds seeming to be against it. The reason is simple: the Frontier hits a formula that resonates with small pickup truck buyers. Amid a growing spate of midsize pickup truck rivals, however, the 2019 Frontier faces stiff challenges if it's to continue holding its own.

The Frontier was last given a major upgrade in 2005, but remains a top seller in the midsize segment. Small updates have continued to keep it relevant enough to remain in the top rankings for sales in its segment. The 2019 Frontier continues with that, adding a larger 7-inch infotainment screen to upper trims.

The basic formula for the Nissan Frontier has remained the same since its introduction: provide a small, capable, rough-and-ready pickup that makes no bones about being a truck. That attitude, plus the excellent value offering to be found in the Frontier, have kept it marketable. The smallest of the current crop of midsize trucks, the Frontier lacks the refinement and muscle of many of its rivals, but sports a lot of attitude anyway.

The 2019 Nissan Frontier can be had as a King or Crew cab with the truck's bed length following that. Rear-wheel drive by default, four-wheel drive is optional on the Frontier, as is either a four-cylinder or a six-cylinder engine. Engine and drivetrain will determine transmission options, which can include either of two manual shift options plus an automatic. There are five trim package levels for the 2019 Frontier.
See the full 2019 Nissan Frontier Test Drive Review.

The little Nissan Frontier hasn't seen any major changes for nearly two decades, yet it remains one of the most popular midsize pickup trucks on the market. The 2018 Nissan Frontier carries forward from the 2017 model year with only a few changes and retains its rough-and-tumble "a truck is a truck" attitude.

The Frontier's best-selling package options are indicative of the buyers who want this pickup. The base model and it's slightly improved SV trim point are the most popular packages for the Frontier while the next-most is the higher-end Pro-4X package with its built-in off-road goodies.

The 2018 Frontier holds the rugged good looks of the midsize truck and includes many smart utility options. The Frontier is very outdated in technology and interior design compared to its rivals, however, but competes in price point and ruggedness regardless. There is a lot of appeal to the Frontier's attitude.

The 2018 Nissan Frontier is offered in either King or Crew cab options with a 6.1-foot or 5-foot bed respectively. Two engines are available and most models are rear-wheel drive by default and four-wheel drive as an option. There are three transmission options for the Frontier as well, two of which are manual shift. The 2018 Frontier is offered in five trim levels.
See the full 2018 Nissan Frontier Test Drive Review.

The Nissan Frontier is rugged, rough-and-tumble, and versatile. Despite its being aged in design and accouterments, it remains one of the more popular trucks in the midsize segment. For 2016, Nissan made only a few minor changes to the truck. Among rivals that are younger and more updated, though, the 2016 Frontier holds a lot of appeal to buyers who want a truck to be a truck.

Nissan truck buyers can be explained by looking at the best-selling packages for the little Frontier. The base model sells well because it's simple and to the point at a price that fleet owners and first-time buyers can readily justify. Yet at this level, it holds a lot of capability for such a small rig. In the upper end, the Pro-4X offroad package is also very popular. And for good reason. At the price paid and the capability gained for that cost, there are no rivals for the Frontier Pro-4X. Equivalent packages for offroad use from competitors either don't match up or are more expensive.

Adding in the rugged good looks, fun nature, and smart utility options included with the Frontier and it's easy to see why this truck remains popular despite having so many younger, fresher rivals.
See the full 2016 Nissan Frontier Test Drive Review.

The 2015 Frontier offers a timeless, robust quality that its competitors lack. With rough-and-tumble looks, a wide range of trim options, and more, the Frontier remains relevant despite its age.

In the 1990s, midsize pickup trucks were all the rage. Ten years before that, even smaller trucks were popular consumer options. In the 1980s, small trucks like the Nissan Hardbody and the Toyota SR5 dominated the roads of many towns and cities. By the turn of the 21st century, though, most of the domestic competition in the small truck market had left and only two holdouts, Nissan and Toyota, remained. Somewhere about that time, the current-generation of these trucks was introduced and many began to believe that we'd seen the final version of both.

Now, over a decade later, we might have been right except for the introduction of a new midsize truck from General Motors. Despite its lagging behind the competition in terms of when it was last overhauled, the 2015 Nissan Frontier remains a mainstay consumer choice in today's truck market.

We do expect that Nissan will introduce a new Frontier very soon, of course, but until then, the 2015 model is just fine with us. 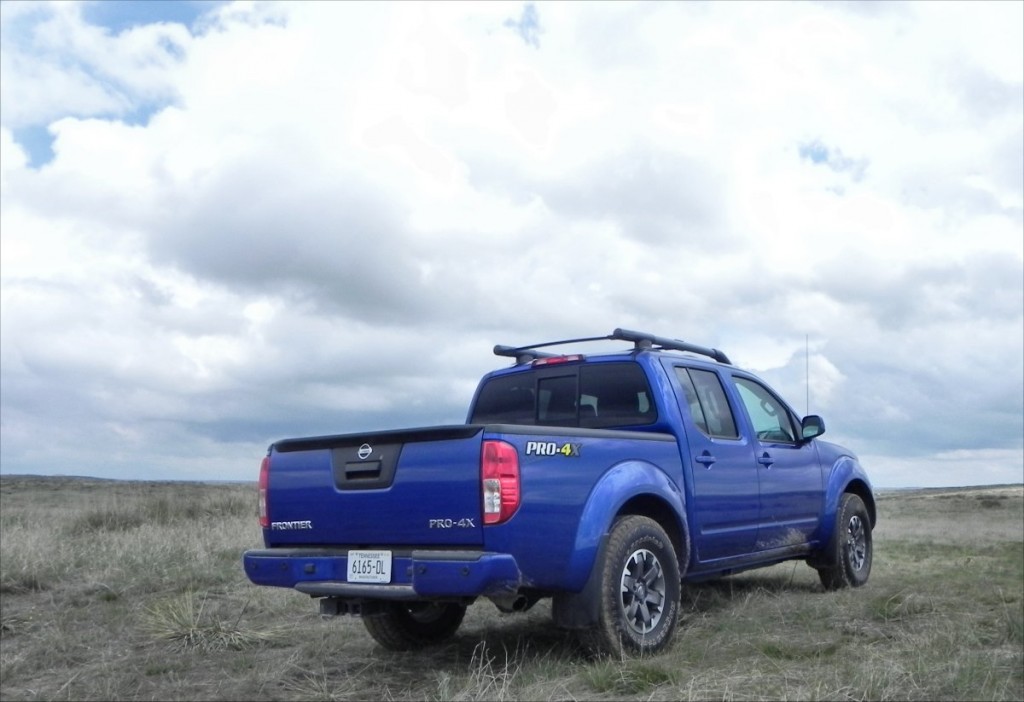 How much is a Nissan Frontier?


See below for the average Nissan Frontier price across model years.

The average price for a 3-year-old used midsize truck is $32,847, with the Nissan Frontier's price typically $6,663 below average for this vehicle type.


How long do Nissan Frontiers last?


See below for the reliability scores of various cars in the midsize truck category:


Is the Nissan Frontier a good truck?


See our full list of the Best Midsize Trucks.

Is the Nissan Frontier safe?