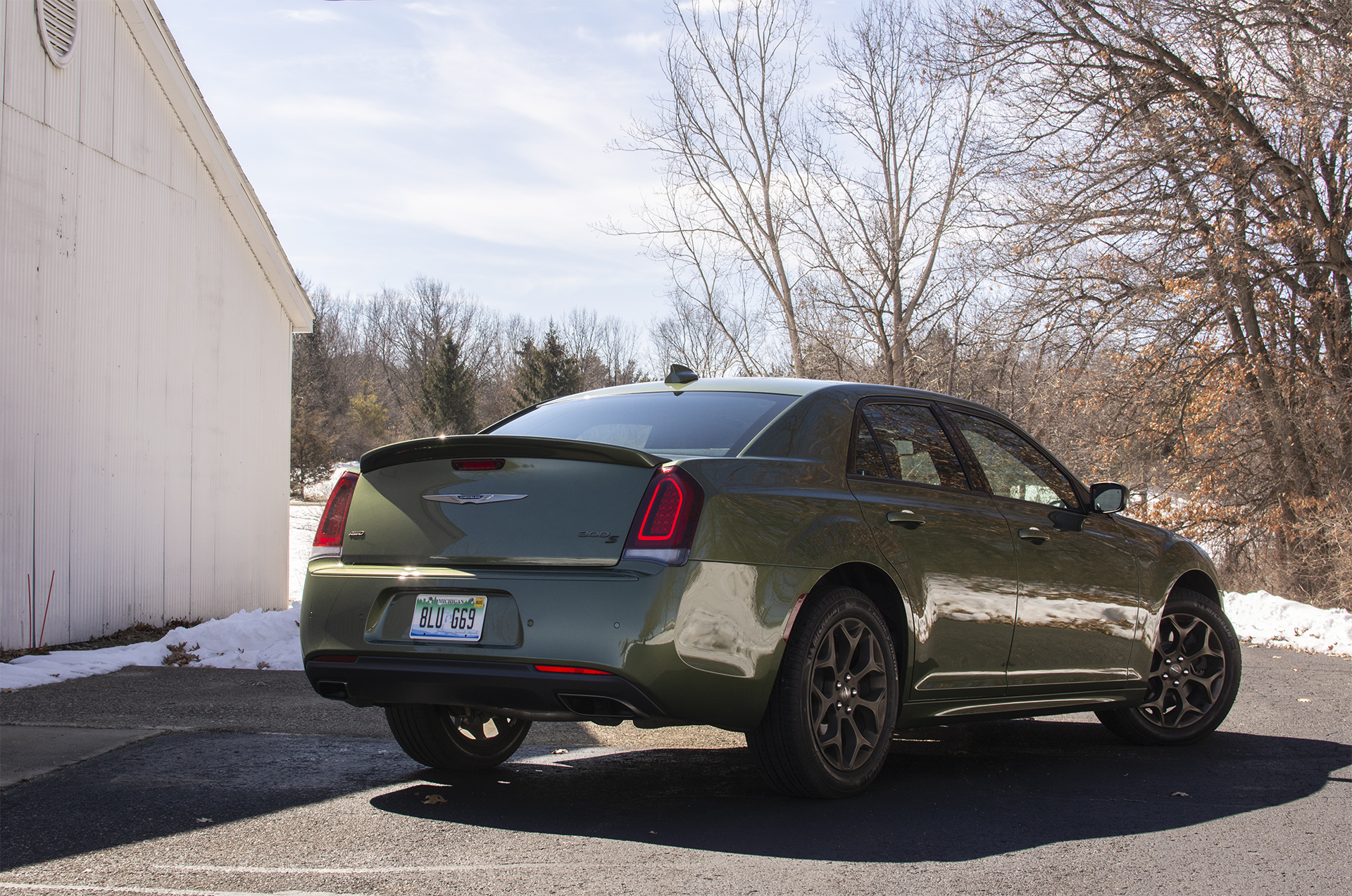 Automakers try their best to give their vehicles an air of coolness through design, features and marketing. For the most part, it doesn't work because their attempts seem desperate.

But some can pull it off - like the Chrysler 300. Since its rebirth in 2004, the 300 has quietly become a living legend due in part to its design, but also offering a burly V8 as an option. In its fourteenth year of production, the 300 can still wow.

There isn't anything on the road like the Chrysler 300, and that's a huge selling point for some buyers. 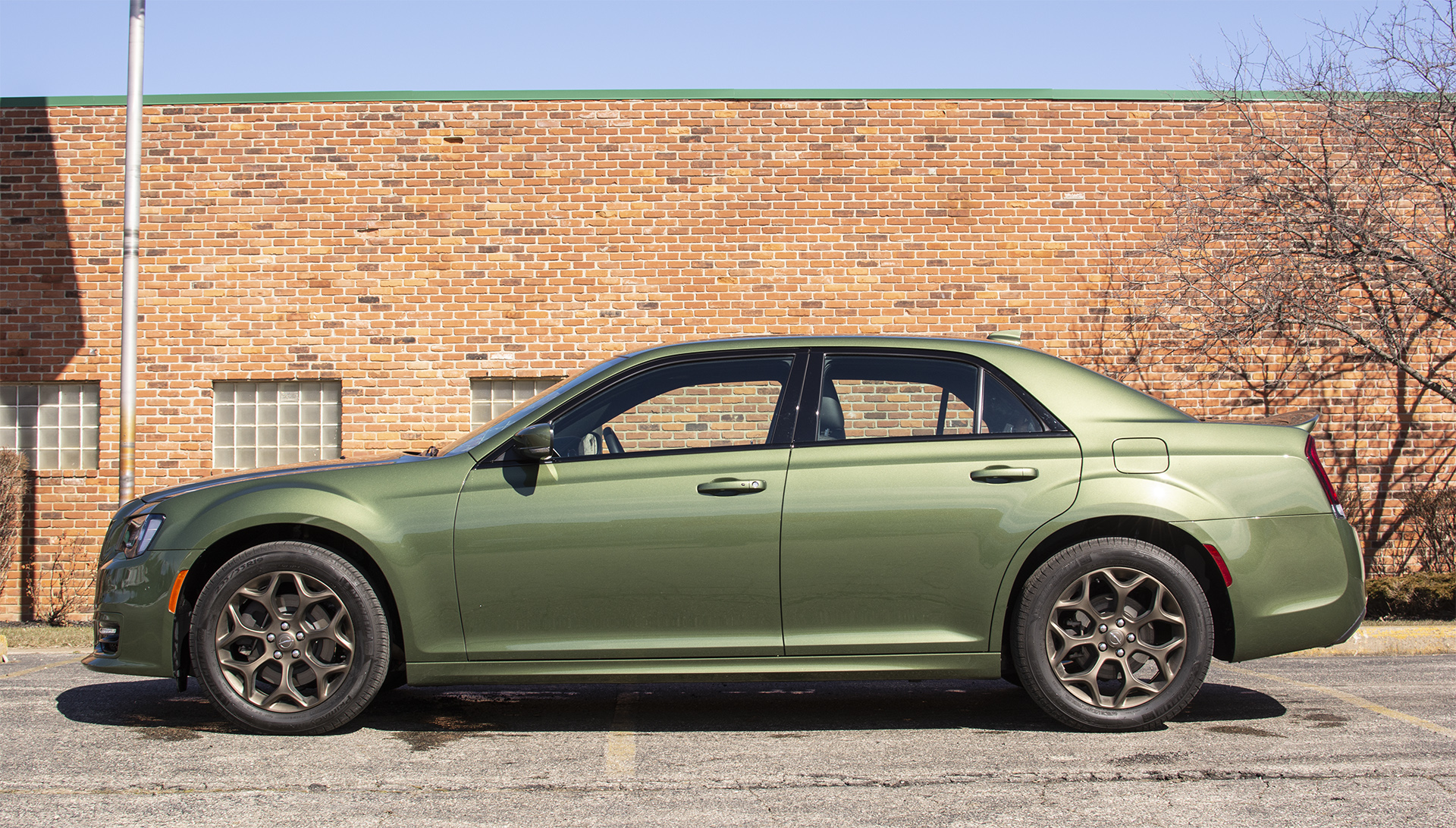 The current 300 has been around since 2011 and only underwent a facelift in 2015. It's an imposing vehicle, with a large front grille, bulging front fenders that rise to meet the hood, low roof and a short rear end.

Chrysler has been very good at giving all of the 300 trims their own identity. Case in point is the 300S pictured seen above. It gets a body kit featuring side skirts and rear spoiler, mesh grille insert, and multi-spoke 20-inch wheels in a dark finish. Despite its age, the 300 is still one of the best looking cars on sale.

The only point of contention for the 300's exterior is the unique color palate. Our test car came in a dark green color with a number of trim pieces and wheels finished in bronze. This combination drew a lot of comments from the peanut gallery, saying it looked like an army vehicle from the late 1940s to "my grandmother had appliances in the same color back in the 70s." 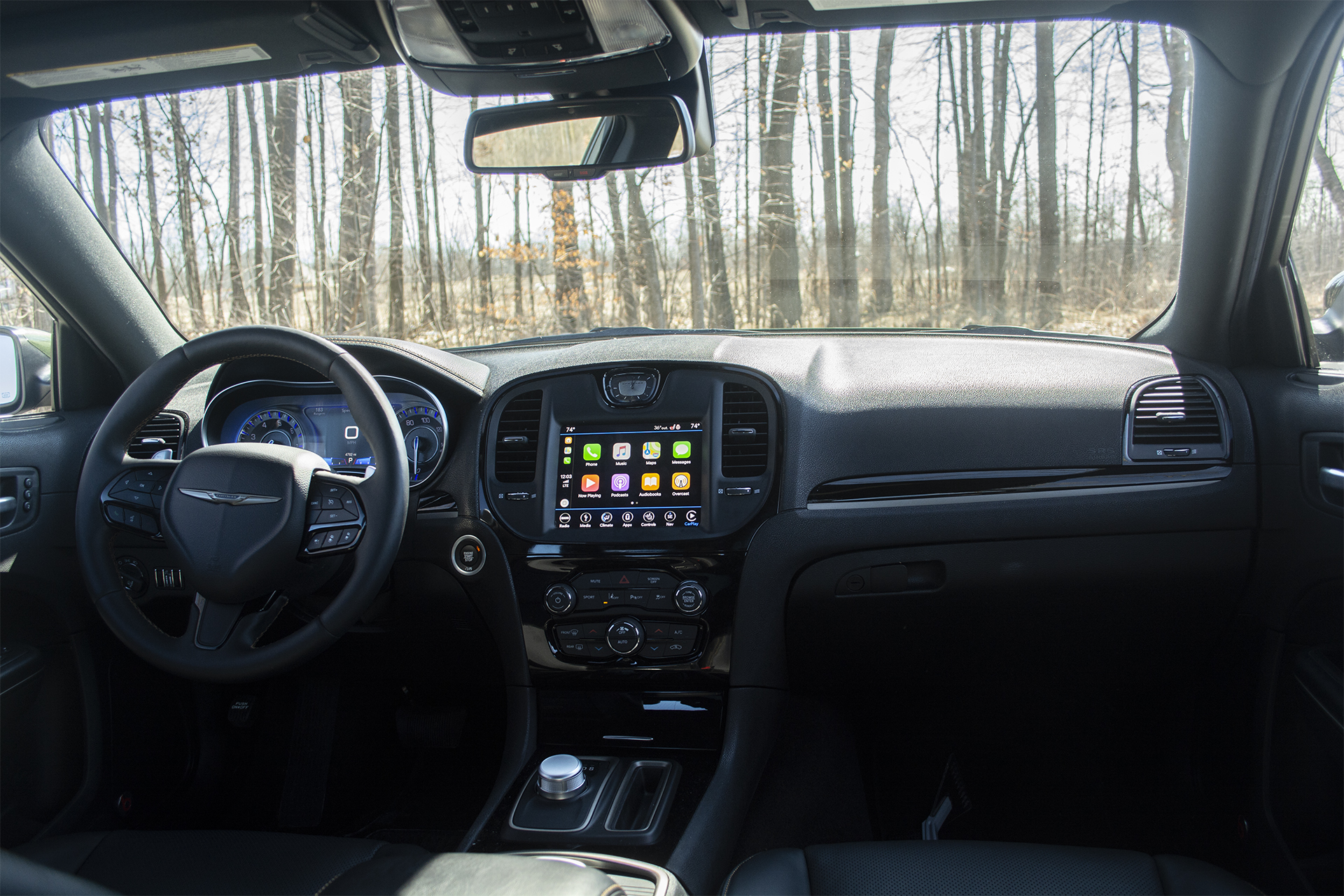 The 2018 Chrysler 300's interior isn't faring as well as the exterior in terms of age. A lot of this comes down to the materials used.

The dash and door panels are covered with a soft-touch rubberized plastic with a leather-grain pattern that looks a bit out of place. There's a lot of piano black trim that comes with the S package that acts as a magnet for fingerprints. On the positive, large buttons and knobs are within easy reach for the driver and passenger.

The front seats offer a reasonable level of comfort for long trips, but some people will be wishing for a little more side bolstering when cornering. Legroom is surprisingly tight for taller passengers. Backseat passengers will not have much to complain about, with an extensive amount of legroom and a fair amount of headroom. Be aware that the optional panoramic sunroof will eat into headroom for both rows of seats.

Trunk space measures out to 16.3 cubic feet, making it one of the largest in the class. If you need more space, a 60/40 split-folding rear seat is standard.

For 2018, the 300 gets the new UConnect 4 system with an updated interface and compatibility with Apple CarPlay and Android Auto. Like previous versions, UConnect 4 is easy to work, with large touch buttons and a vibrant interface. We found Apple CarPlay compatibility to be one of the best, as it only took a few seconds for the system to recognize our phone and bring up the CarPlay interface.

Optional on the 2018 model is a 4G LTE connection with Wi-Fi connectivity, perfect for keeping passengers occupied on long trips. 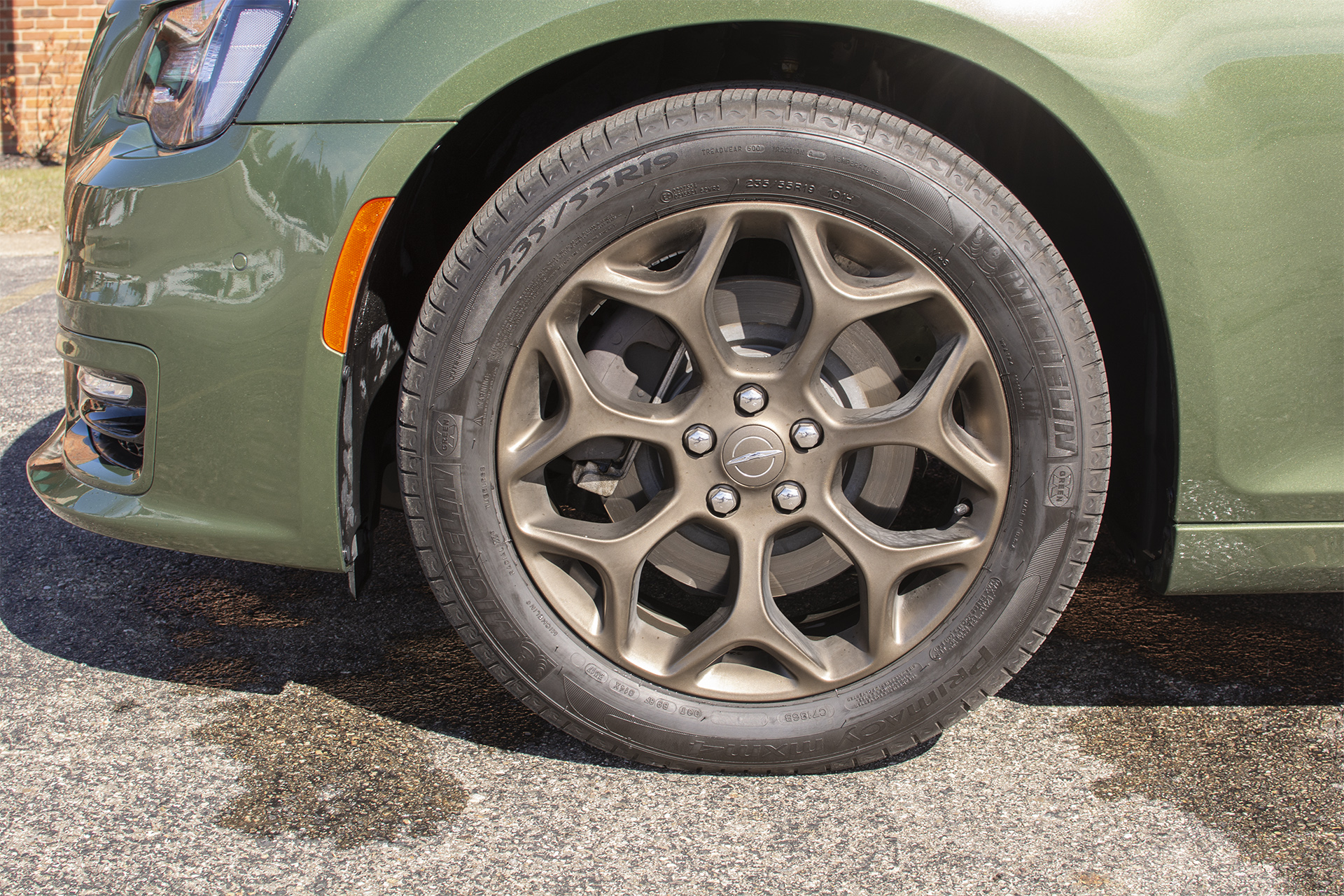 Opting for the RWD model boosts fuel economy figures slightly to 19 city/30 highway/23 combined. Choose the V8 and be prepared to visit the gas station on a regular basis since it returns 16 city/25 highway/19 combined. 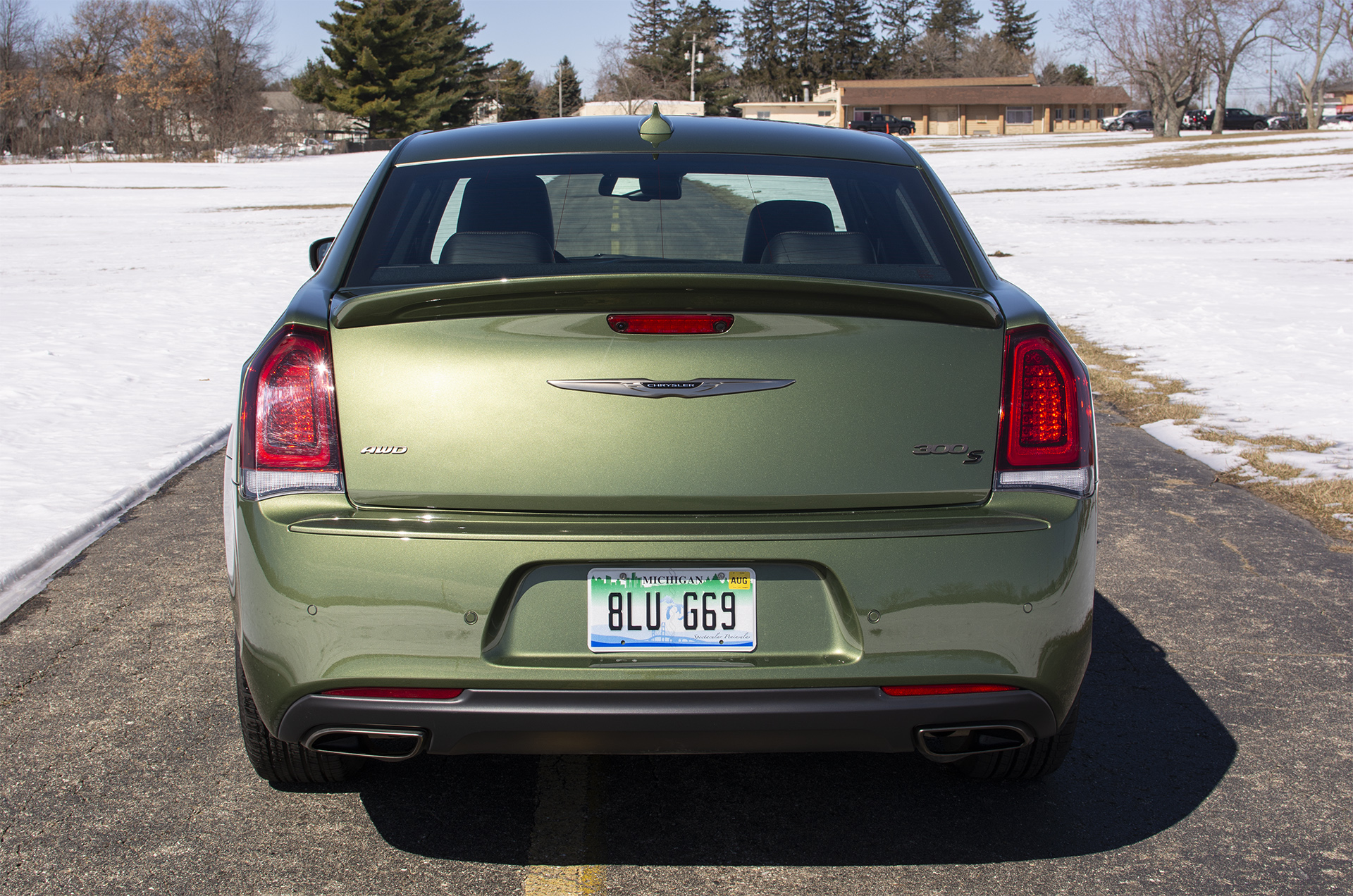 The 300's predicted reliability is a bit mixed. Consumer Reports gives the model a below average rating, while J.D. Power says it will be about average. For initial quality, that is somewhat tough to report as J.D. Power doesn't have anything on the 2018 or 2017 Chrysler 300. The most recent rating was in 2016, when it was below average.

Depending on the 300 trim chosen, the number of features and pricing will vary. Other optional safety features include blind-spot monitoring, bi-xenon HID headlights and parking sensors.

The 2018 Chrysler 300 trails competitors on crash tests. The National Highway Traffic Safety Administration awarded the model a four-star overall rating. The Insurance Institute for Highway Safety gave the 300 their highest rating of "Good" in most of their tests. The 300 faltered in the group's small overlap test with a "Marginal" rating. 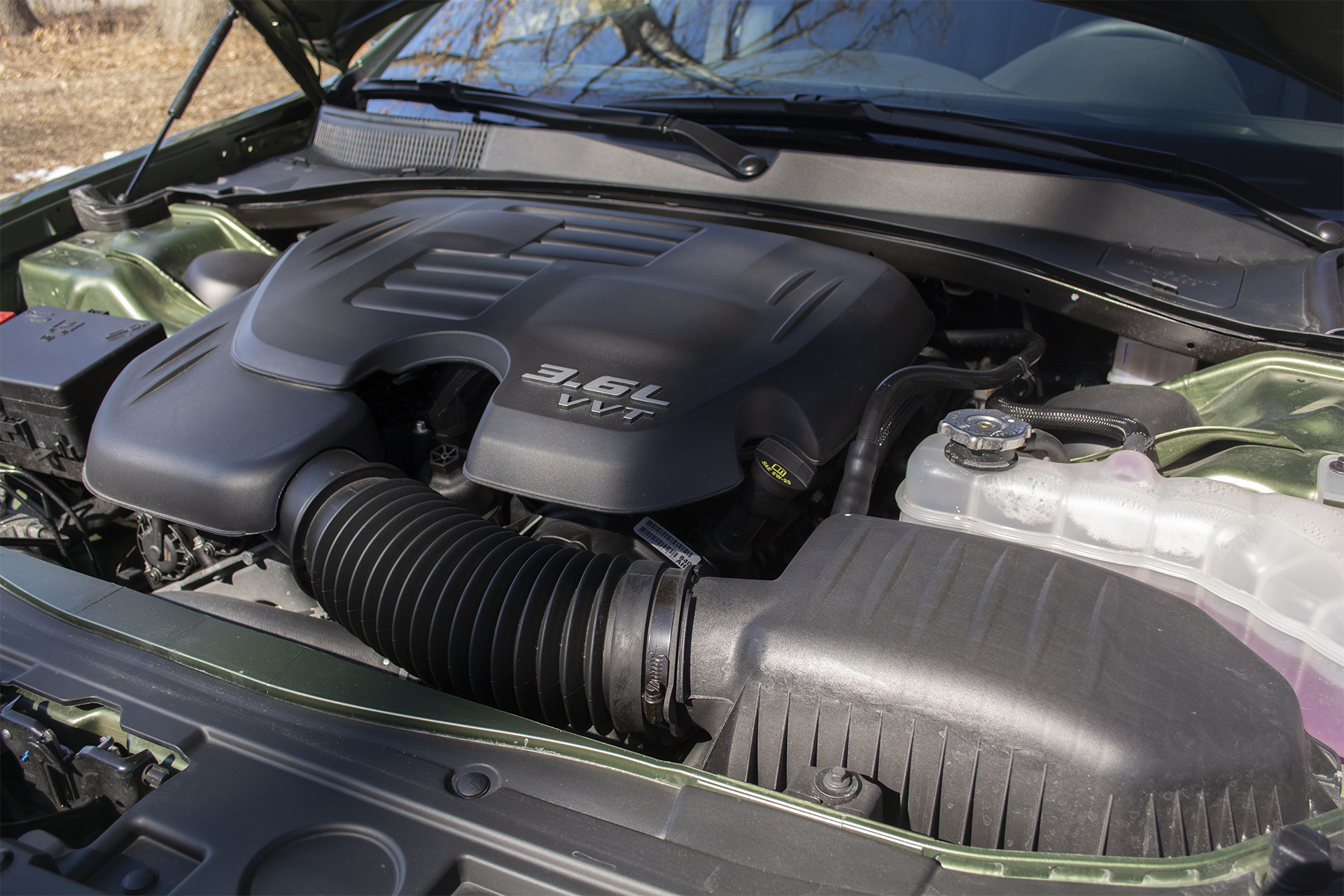 On paper, the 2018 Chrysler 300's V6 is somewhat slow compared to the competition. Automotive outlets who have timed the V6 say it hits 60 mph in just over 6 seconds. But it doesn't feel like a slowpoke behind the wheel.

The V6 pulls strongly merging on the freeway or leaving from a stop. It doesn't hurt that there's a nice burble coming from underneath the hood when accelerating. The eight-speed transmission goes through the gears quickly and smoothly. In Sport mode, the gear changes become even faster to allow you have some driving fun.

S models get a stiffer suspension setup to improve handling. It does show a marked improvement, as body motions are kept in check and the chassis shows some willingness to play along. The steering provides decent weight, but some drivers will want more feel. The stiffer suspension means a slightly rougher ride. This isn't helped by a set of 20-inch wheels. Shoppers who want a smooth-riding 300 should look at any of the other trims on offer. 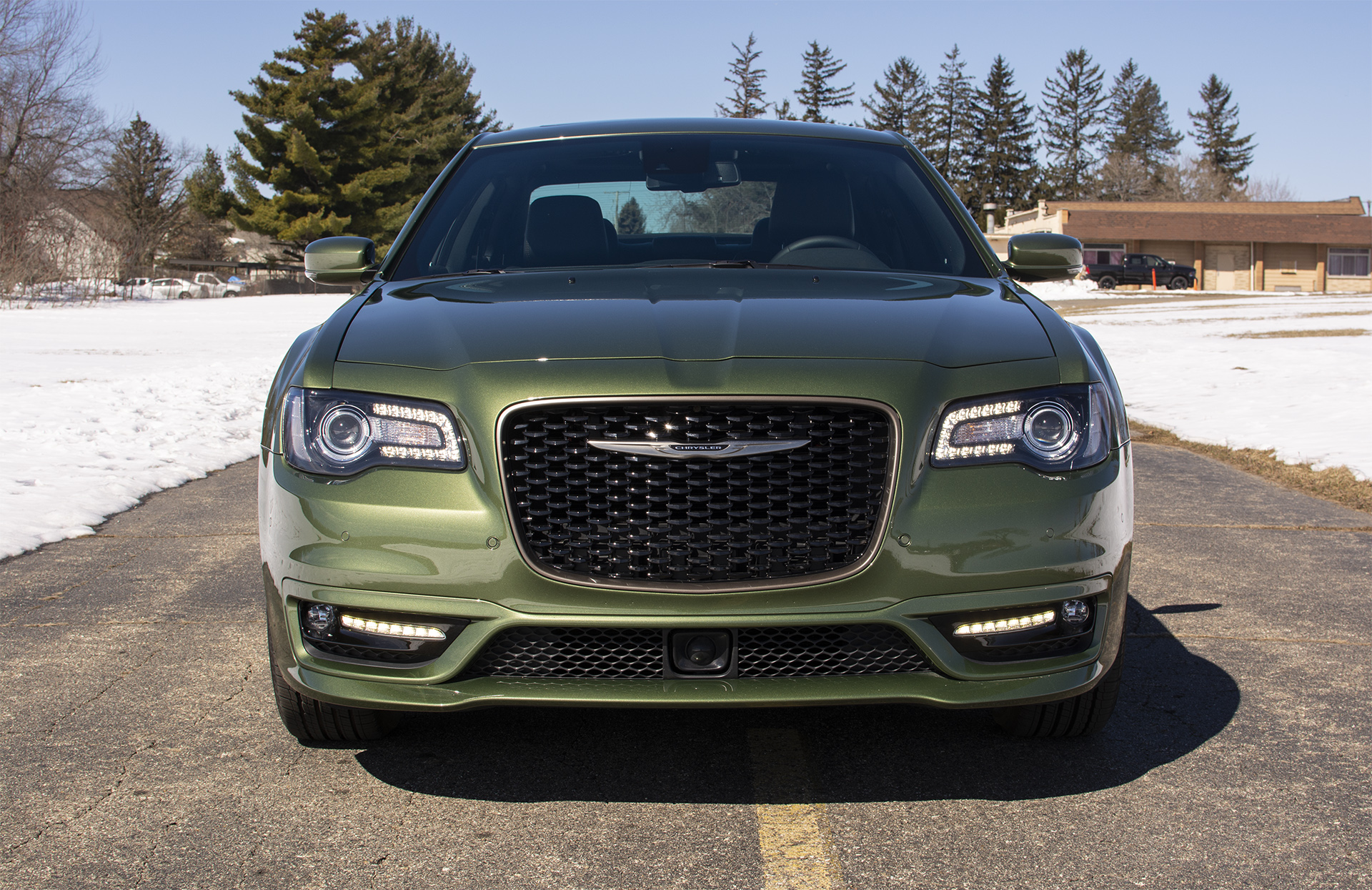 On paper, the 2018 Chrysler 300 seems like quite the steal with the base Touring beginning at $28,995. The S sits in the middle of the lineup with a base price of $35,795. But begin to add the various options and the 300 becomes a very expensive proposition.

Our test 300 S AWD came to an as-tested price of $49,660 with destination. It's quite hard to justify the price when you can get into a well-equipped Buick LaCrosse or Kia Cadenza that offer more luxury appointments and features.

Our pick of the 300 range is the Limited with a base price of $36,595 that offers more luxury touches, along with a smoother ride. We'd be sure to add the SafetyTec package and navigation. 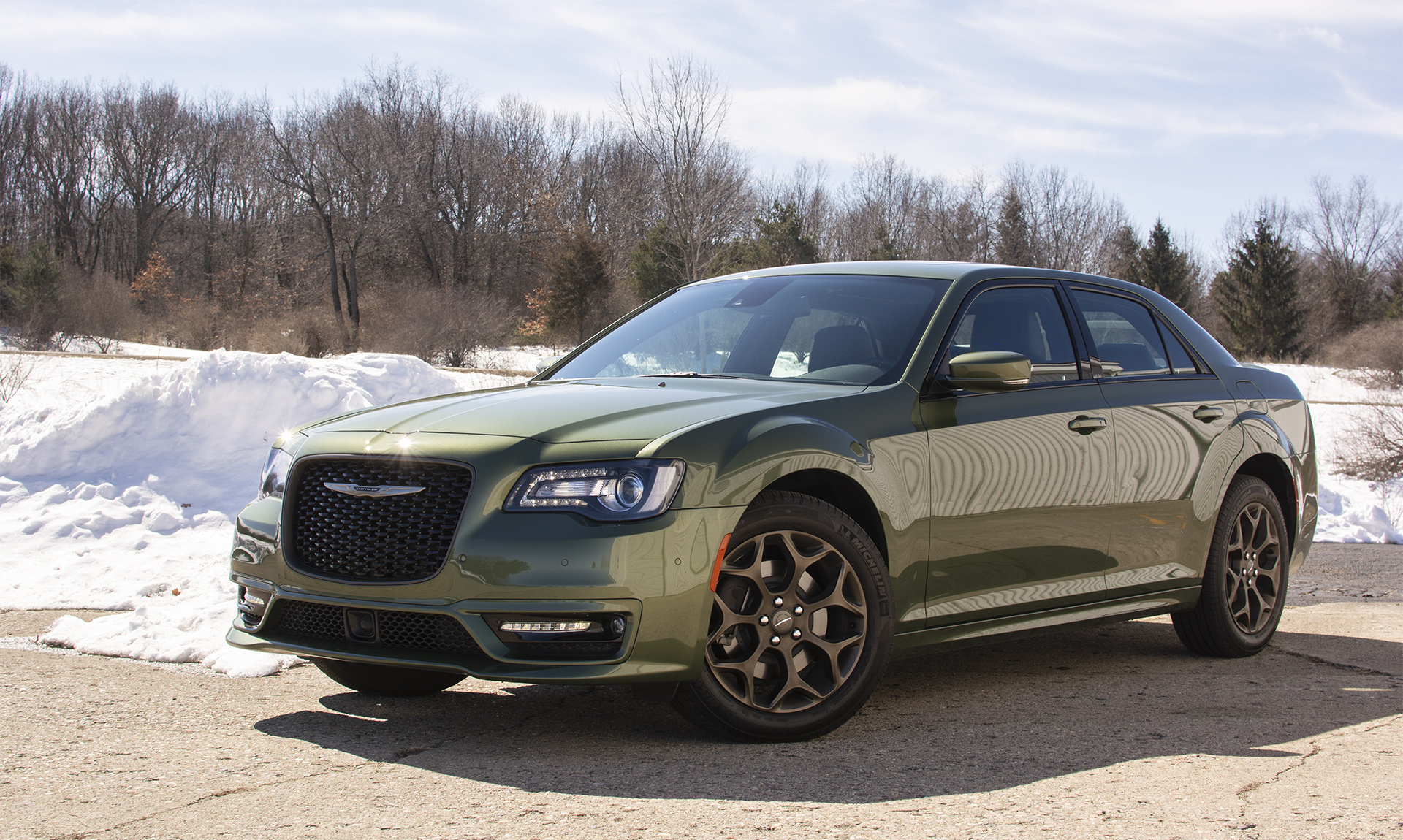 If you want something sporty and are willing to forgo rear-wheel drive, the Toyota Avalon should be considered. Toyota has done a lot of work on making the Avalon adept in the corners, with a well-tuned chassis and responsive steering. But this means a firmer ride that may turn off some folks. Styling is another high point as the Avalon looks quite sleek with a coupe-like roofline and clean side profile.

Interested in something with a bit of luxury? Then the Buick LaCrosse is worth a look, as it offers one of the nicest interiors in the class. With flowing curves and premium materials, the LaCrosse can give certain luxury brands a run for their money. The standard eAssist mild-hybrid system and optional V6 move the big sedan without any issue. Downsides to LaCrosse include a small trunk and a number of active safety features only available as expensive options.

The 2018 Chrysler 300 is getting up there in age and it shows in some key areas. The interior may look nice at a glance, but a deeper look reveals issues with some materials. Its safety and reliability ratings trail competitors.

But its design stands out in a crowd despite being one of the oldest in the class. The Chrysler 300's V6 and eight-speed automatic provide more than enough power for the daily grind. Plus, the updates made to UConnect make it one of the class leaders in infotainment systems. The 300 can still teach full-size sedans a thing or two.

Comparison of 2018 Chrysler 300 with Similar Cars