Best Cars to Buy New and Used
The Fastest-Selling New and Used Cars in February
Longest-Lasting Cars to Reach 200,000 Miles and Beyond
Which Used Teslas Saw the Highest Demand in January?
New Cars With the Most Excess 2020 Inventory
See more studies...

How can you save money on a used Chrysler 300?

Does car color affect the price of a used Chrysler 300?

What is the average price for Used Chrysler 300? How many are for sale and priced below market?

What Chrysler 300 model year and mileage can you get for your budget?

What's the price of a Used Chrysler 300 by year?

How to save money when buying a used Chrysler 300 ?

What colors are the best deals for a Chrysler 300 ?

What Chrysler 300 color has the best resale value ?

What is the best time to buy a used Chrysler 300 ?

Chrysler 300 Rankings vs. the Competition

What Is The Average Price Of A Used Chrysler 300 By Model Year?

What Is The Average Price Of Competitor Cars To The Used Chrysler 300?

What Is The Average Price Of Used Chrysler 300 In The Top 10 Cities? 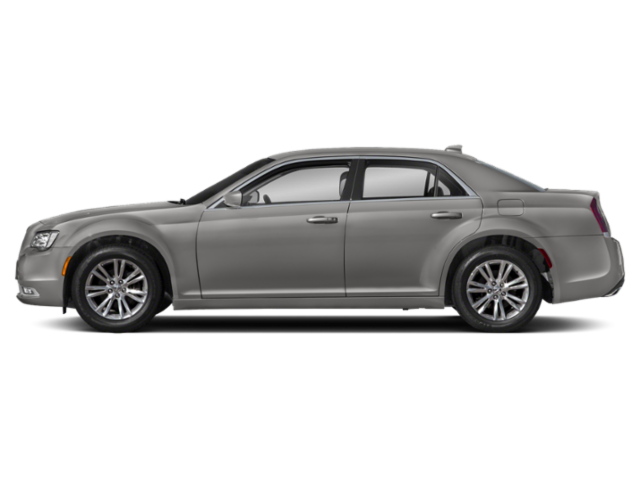 The Chrysler 300 is a full-sized sedan that entered the market in 2004. The 300 name is a throwback to a series of cars in the 1950s and 1960s known as the "letter series" of Chrysler 300 cars. Some of the styling cues on the modern 300 are in homage to those earlier vehicles. The first-generation Chrysler 300 debuted on the market in 2004 as a premium full-sized sedan. Its long hood, low roofline, and wide-bodied design was an instant success, gaining popularity among buyers. The 300 was also the first rear-wheel drive sedan Chrysler had produced in twenty years and shared some components with the Mercedes-Benz E-Class sedans. The platform upon which the 300 was designed is shared with the Dodge Challenger and Charger. Both a V6 and V8 engine option were available for the Chrysler 300 and a wagon style was also briefly offered. The second-generation Chrysler 300 came in 2011, with several updates being made to the vehicle. The big sedan saw a host of modern updates including LED lighting and new engine designs. An all-wheel drive option was added as were higher-geared transmissions for better fuel economy. Sales for the Chrysler 300 have remained steady, though the new-generation Chrysler 300 saw some uptick thanks to its better styling and improved fuel economy. The 300 does have its share of complaints, however, with consumers in the 2006 model year being especially unhappy with their car's engine. It can being knocking and ultimately fail at high mileage, usually in the 75,000 to 100,000 mile odometer range. Complaints with other model years are usually restricted to electrical or common high-mileage complaints for most vehicles.

There is something purely American about a big sedan with a rumbling engine and a bold, Al Capone look. The Chrysler 300 embodies that and as such is truly the last of the truly American-styled sedans. A sort of throwback to the heyday of Detroit when huge slabs of stamped metal and interiors the size of European condominiums were the norm.

The 2019 Chrysler 300 embodies all of that, but has a very modern flair with a lot of excellence that others in the market, even if they were competing, would find tough to beat. The 300 is one of the quietest rides on the road, has a confident feel to its drive quality, and has luxury-levels of comfort. It also sports one of the most advanced and well-done infotainment systems in automotive--whatever the market.

There are some downsides to a big, heavy, wide-bodied sedan like the 300, but these are part and parcel to the expectations one should have for the car.

The 2019 Chrysler 300 comes in four trim levels, seats five, and has both a V6 and a V8 engine available. Drivetrains include rear-wheel and all-wheel drive. Plus a truly "Jersey three-body" trunk.
See the full 2019 Chrysler 300 Test Drive Review.

Automakers try their best to give their vehicles an air of coolness through design, features and marketing. For the most part, it doesn't work because their attempts seem desperate.

But some can pull it off - like the Chrysler 300. Since its rebirth in 2004, the 300 has quietly become a living legend due in part to its design, but also offering a burly V8 as an option. In its fourteenth year of production, the 300 can still wow.

There isn't anything on the road like the Chrysler 300, and that's a huge selling point for some buyers.
See the full 2018 Chrysler 300 Test Drive Review.

The 2016 Chrysler 300 is a strong, premium-level, stand-apart sedan in the full-sized market. It's most well known for its very American style and presence, making no excuses for its large size and spacious interior. Yet this size and attitude don't translate into poor fuel economy or lackluster performance. In short, for those looking for a distinctly American sedan, the Chrysler 300 has all that and a heap of pancakes too.

For the 2016 model year, the Chrysler 300 adds a few points of refinement, some surprising upgrades to its infotainment system, and a suite of safety features in a single add-on package. Carrying through from last year's major redesign are the drivetrain choices the car is popular for, including a fuel-sipping but powerful V6 and a muscular V8 with an improved eight-speed transmission. All-wheel drive is available on the V6 models as an option, rear-wheel drive is standard otherwise.

The 2016 Chrysler 300 is offered in four trim levels, including the 300S sport model with a re-tuned chassis and some upgrade options for more fun on the road.
See the full 2016 Chrysler 300 Test Drive Review.