What Is The Average Price Of A Used Ford Focus By Model Year?

The Ford Focus compact was introduced in 2000 for North American sales and is one of Ford's first truly global vehicles, having introduced in Europe two years before that. The Focus replaced the Escort as the company's mainstream compact model. The Ford Focus is now the best-selling automotive nameplate globally. It's best known for its sporty demeanor, wide range of options, and affordability. The first-generation Focus was introduced in 2000 as a three-door hatchback, four-door sedan, and five-door hatchback. The latter came in 2001. This generation Focus was powered by a four-cylinder engine and had a tight chassis in comparison to other compacts on the market, gaining the car a reputation for sporty driving and peppy performance. The second-generation Ford Focus entered the American market in 2008. The hatchback and wagon models were discontinued and additional chassis and body stiffening were added to both improve crash test results and driving quality. A four-cylinder engine was still the powerplant, though some improvements were made to aid fuel economy and power delivery. The current-generation Focus is the third-generation of the car, introduced globally in 2011. This is the first truly unified Ford Focus for global sales with few differences being seen between the European and American versions of the car. The hatchback models were returned and engines were replaced with turbocharged options, raising the sporty credibility of the little compact. An electric version and the long-anticipated Focus RS performance model were introduced during this generation as well. Throughout its life, the Ford Focus has enjoyed a reputation for sporty handling, spirited appeal, and excellent maneuverability. This has been emphasized through rally and drift competitions with celebrity racers like Ken Block taking the Focus to wins internationally. Used car buyers looking at the Focus will want to be aware that 2013-2014 model year cars have a reported problem with jerky power delivery that's been diagnosed as a fuel delivery or transmission problem respectively. This occurs within the car's warranty, however, so repair costs are minimal. The Focus otherwise enjoys a better than average reputation for reliability.

Last year, we road tested the high performance 2015 Ford Focus ST five door hatchback with its aggressive spoilers, powerful brakes and thunderously potent 2.0 liter 252 horsepower/270 lb. feet of torque turbocharged 4-cylinder EcoBoost motor all coming together to create a very special automobile. One that could seriously imperil your license given its power output and ability to bring out anyone's inner hooligan on a wet, curvy road. Frankly we think the upcoming, more powerful Focus RS with 300 horsepower plus may be a bit of overkill but if you want a road legal rally car it may be the closest you may come to owning one in your lifetime.

But the Focus ST and RS are the performance halo models built out of a line of five door hatchbacks and sedans engineered and designed to sell globally as fuel efficient and affordable transport for the masses. And this being Ford, they managed to bake in a bit of driving fun as well with this latest 2016 Focus thanks to its highly refined and quiet interior that also manages to be where you can easily access the most communicative steering and chassis in its class. That's not easy to do, not by a long shot.

So does this mean the econo-Focus is fun to drive even with the smallest, least powerful engine that the automaker currently makes? That can't be possible in a car this size when we all know Ford's smallest engine, the fuel efficient wunderkind, is just a 1.0 liter turbocharged 3-cylinder which before now had not seen duty in anything larger than the Fiesta and the only way you could order the engine was mated to a rather low-tech and notchy 5-speed manual gearbox.

While our test 2016 Ford Focus 1.0-liter turbo Ecoboost SE sedan came with the standard manual transmission, this unit came with a slick and better suited six-speed manual self-shifter which made the act of driving slower than usual a true pleasure. Seriously, you cannot have more fun in any car that is pretty much only meant to keep up with the pace of traffic but rarely perform any drastic overtaking measures.

We figure this is more likely the case with the available six-speed automatic but the power available from this 1.0 liter 123 horsepower/125 lb. feet of torque 3-cylinder up to 80 miles per hour is impressive. If you want to go faster, however, we suggest you find somewhere you can travel downhill. With a tailwind. 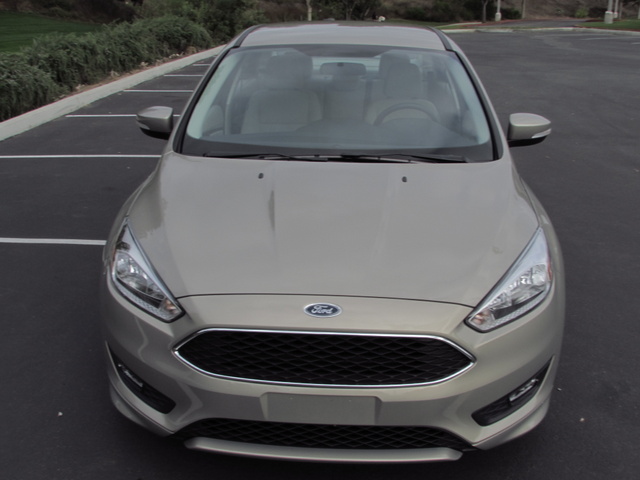 Even when covered in an eye searing yellow paint job, the 2015 Ford Focus ST hot hatchback always pulls off the visual trick of looking seriously bad-ass thanks to all of its enormous body spoilers and huge alloys which scream to anyone within earshot that "I am not a REGULAR Focus!" Then, you open the door and your eyes are drawn to the enormous, hip hugging Recaro sport seats which in our tester had huge yellow accents just to make sure you could see them in the dark. From space.

Even though this was not true when the ST was first launched, some may call it just a "warm hatch" now with the upcoming 300-hp plus all-wheel drive Focus RS coming soon to satiate the market for what is essentially a street legal rally race car. The RS is a vehicle that will be for hardcore driving enthusiasts who want to take it to the track or dirt trails every weekend and hopefully for their insurance premium's sake have taken some courses at a racing school.

The upcoming Focus RS packs over 300 horsepower and has an advanced 4-wheel drive system as a necessity to safely harness that much forward thrust in a small family hatchback. Without 4-wheel Drive, the bound to be quite rare Focus RS would hurdle its owners into the nearest patch of shrubbery if they dared stomp the gas pedal too hard.

Now, back to what we came here to talk about which is the 2015 Ford Focus ST which despite its still somewhat mental approach to hurtling itself down a windy road is quite clearly a rather sensible hot hatch choice. Now, not as sensible as a Volkswagen GTI but in exchange for a little refinement and always feeling planted the Ford Focus ST revs like a lunatic from a 2.0 liter 252 horsepower/270 lb. feet of torque turbocharged Ecoboost motor offered only with a deliciously harmonious 6-speed manual gearbox only.

So against a GTI the 2015 Ford Focus ST is a tad bit of the hooligan. But does that bad boy edge given off by the ST something that grew wearisome to us or did we find it endearing? Read on to learn more. 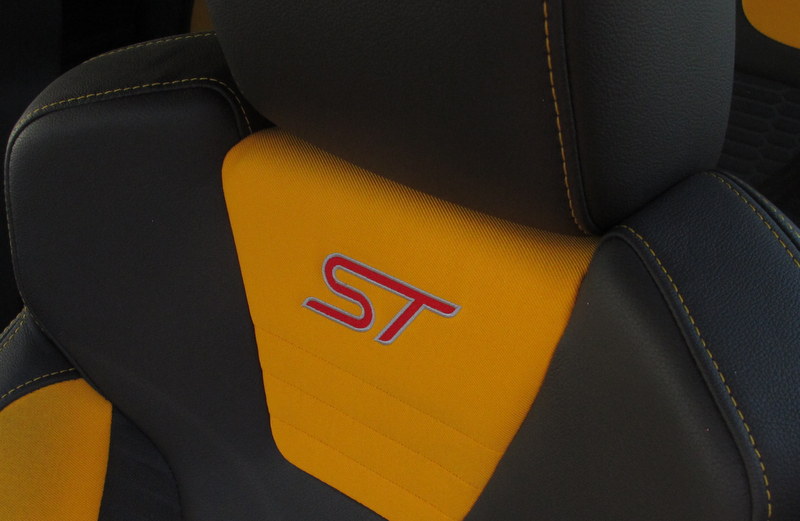 The 2013 Ford Focus is a five-passenger compact car available in hatchback and sedan body styles, a well-trimmed and comfortable cabin, responsive handling, high fuel economy, numerous available convenience features, multiple trim levels including electric and high-performance versions. The Focus, completely redesigned for 2012, returns unchanged for 2013, with the exception of the addition of the Focus ST, an all-new model.
See the full 2013 Ford Focus Test Drive Review.

How much is a Ford Focus?

How long do Ford Focus last?


Is the Ford Focus a good car?


See our full list of the Best Electric Cars.