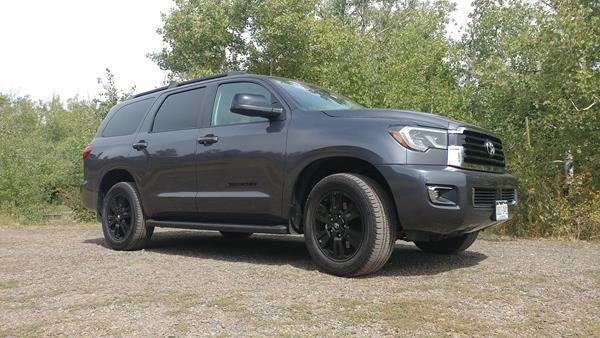 The 2018 Toyota Sequoia continues a ten year legacy for this generation of the Sequoia SUV. That lack of change has affected the Sequoia's appeal, but there have been substantial changes made to the SUV since its inception. Most of those upgrades keep the Sequoia within shouting distance of the other SUV options on the market.

The Toyota Sequoia is a traditional body-on-frame-style sport utility with much of the capability and ruggedness of a pickup truck along with some of the downsides of the same. That said, the Sequoia is more comfortable than most truck-based SUVs and it offers a better highway ride than many.


What We Love About the 2018 Toyota Sequoia:


What We Don't Love About the 2018 Toyota Sequoia: 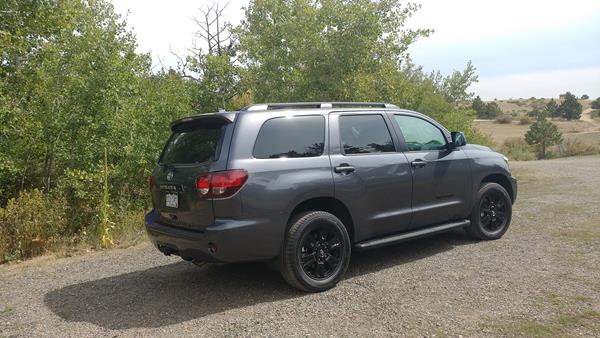 The 2018 Sequoia marks a decade since the big SUV was last given an overhaul, but the Toyota seems to have held its looks well. There's no compensating for the Sequoia's big, boxy design, which facilitates its larger interior space and its truck-frame underpinnings.

Wearing its age well, the Sequoia's slight changes for 2018 aid in keeping the look fresh and relevant to the segment. The revised front grille is much more subdued and less truck-like than it was before, offering a more contemporary look for the Sequoia's face.

The bodywork on the 2018 Toyota Sequoia is relatively simple, but good looking. Based loosely on the Tundra pickup truck in its previous generation, the Sequoia's body has strong rear fenders, a heaviness to its demeanor, and a lot of greenhouse to promise an open interior.

A slightly forward-tilted hood, squared rear hatch, and slightly tapered roof line complete the overall look of the Sequoia. These sporty elements counteract the boxiness of the square body, high ground clearance, and large wheel well gaps that note the Sequoia's truck base.

The sheer size and bulk of the Sequoia mean that it will have a large interior. Yet that interior is not as roomy or ergonomic as it could be, thanks to somewhat outdated design elements. Bulky panel works and a lack of small item storage are big knocks against the 2018 Sequoia's design. Some elements in common with the Tundra pickup truck, like the long reach to the infotainment screen and the more difficult maneuverability due to the slope-edge on the front fascia are also issues.

The driver's position and seating is very well done and most of the same can be said about the front passenger's chair. Getting a good adjustment to the steering and controls is also generally possible in the big Sequoia, though the aforementioned problems with the infotainment also pertain to the climate and other controls on the center stack.

In the second row, the bench is a great fit with lots of room for the outboard seating positions. The middle spot is a little less accommodating, especially in legroom, but still usable by adults. The swap to captain's chairs is recommended if it will fit the buyer's needs as those chairs are far more comfortable and offer easier access to the third row.

The third row is small and meant mostly for kids, but will house adults for short distances. Legroom is good back there, but access is stilted through the rear doors and the bench is too narrow for three adults to sit across. Two is fine, though, and three kids will fit easily.

We are impressed with how suppressive the 2018 Sequoia is when it comes to road noise. This is the quietest body-on-frame SUV we've driven in a long time. 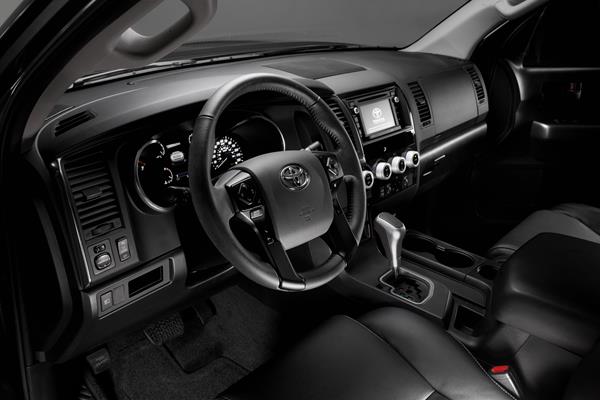 The 2018 Toyota Sequoia still utilizes the previous-generation Toyota Entune system for infotainment. A general lack of capability and the tiny 6.1-inch infotainment (standard) are below par for today's market. A large suite of driver's aids are standard in the Sequoia this year, however, including blind-spot monitoring, forward collision warning, pedestrian detection, lane-departure warning, lane-keeping assist, and adaptive cruise control. More are available as is an infotainment upgrade.

There are few upgrades for the infotainment, but they do include the Entune App suite, navigation, and a better audio system. A Blue-ray entertainment system can be added for the rear passengers as well. With no Apple CarPlay or Android Auto available, though, app usage is limited to what the Toyota Entune suite can offer, which isn't much.

The 2018 Sequoia has below par fuel efficiency for the segment. And this is a segment not generally well known for having high MPG returns to start with. The Sequoia is EPA-rated at 13 mpg in the city and 17 mpg on the highway in its rear-wheel drive configuration and about the same (12 mpg city, 17 mpg highway) in its 4WD offering.

There is an E85/flex-fuel version of the Sequoia available in some markets.

The 2018 Sequoia fits in with most other Toyota vehicles in its high reliability expectation. The Sequoia is rated as "Among the Best" by the J.D. Power and Associates Vehicle Dependability Study and the Toyota brand is in the top 3 brands in Consumer Report's dependability ratings. 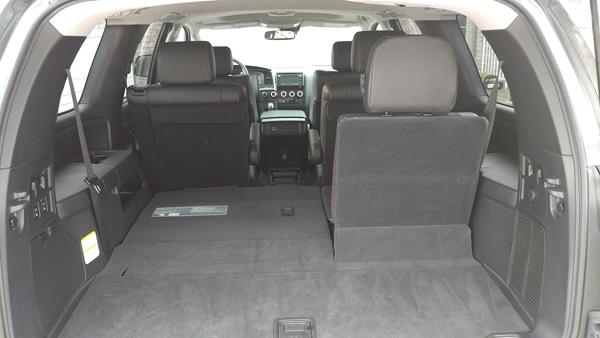 Crash testing for the 2018 model year Sequoia is almost non-existent. Previous years of this-generation Sequoia models have resulted in good test scores, with the NHTSA giving it five stars in front crash tests and four stars for rollover tests. The IIHS has also given the Sequoia good marks in previous years.

Although dated, the 2018 Toyota Sequoia does deliver good performance thanks to its sound principles of powertrain use. A well-vetted 5.7-liter V8 powers the SUV through a six-speed automatic transmission. Rear-wheel drive is standard, four-wheel drive is optional. Low gearing in the early gears helps deliver good power and torque for both get-up and go as well as towing/hauling. The Sequoia's tow rating is only 7,400 pounds, lower than most in the segment, but it's a solid towing machine that won't struggle with that load.

The big V8 is fairly quiet too, though the muscular sounds do come out when the engine is pressed hard. The Sequoia offers good acceleration and a smart feel on the road. It's not as maneuverable in tight situations as some, but it does have a confident presence on roads and highways.

Off the pavement, the Sequoia is as capable as any other in its class. Often more so. The big SUV absorbs washboard roads and uneven terrain very well.

The big 2018 Toyota Sequoia has a better than average resale value expectation, though it is expensive to purchase initially. The base model with 4WD starts at nearly $52,000 and is a good choice for most buyers not needing a lot of added comfort gadgets.

We like the new TRD Sport package for its mix of goodies, drive quality, and price point and would recommend this for most drivers. The sportier chassis in the TRD Sport gives the Sequoia a more car-like appeal to its drive quality without sacrificing any of its capabilities. 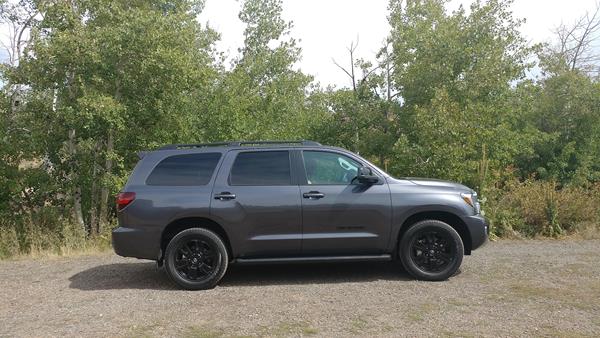 There are several good competitors to the Sequoia in the traditional body-on-frame SUV market. The Nissan Armada is a close competitor in both size and capability, with similar limitations to the Sequoia in terms of interior roominess and ergonomics. The Chevrolet Tahoe is another good choice, though it cannot compete in terms of reliability. The new Ford Expedition is a great choice in this segment, now offering much better fuel economy and similar capabilities all around.

The 2018 Toyota Sequoia is a solid and big SUV that fits the lifestyle needs of some. If off-road excellence, towing capability, and a godo road presence are you need, the Sequoia can match. We would otherwise point towards the much more family-friendly Highlander as another good option on the Toyota lot.