Car Color and Its Effect on Value
The Fastest-Selling New and Used Cars in March
Best Cars to Buy New and Used
Longest-Lasting Cars to Reach 200,000 Miles and Beyond
Which Used Teslas Saw the Highest Demand in January?
See more studies...

What's the price of a Kia Soul Wagon by year?

How can you save money on a used Kia Soul?

Does car color affect the price of a used Kia Soul?

What is the average price for Used Kia Soul? How many are for sale and priced below market?

What Kia Soul model year and mileage can you get for your budget?

What's the price of a Used Kia Soul Wagon by year?

Where to find a cheap Kia Soul ?

How to save money when buying a used Kia Soul ?

What colors are the best deals for a Kia Soul ?

What Kia Soul color has the best resale value ?

What is the best time to buy a used Kia Soul ?

Kia Soul Rankings vs. the Competition

What Is The Average Price Of A Used Kia Soul By Model Year?

What Is The Average Price Of Competitor Cars To The Used Kia Soul?

What Is The Average Price Of Used Kia Soul In The Top 10 Cities? 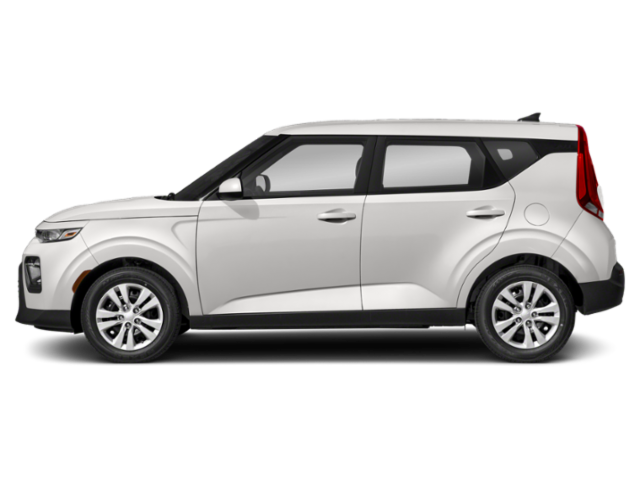 The Kia Soul is a five-door subcompact that is often credited for bringing extreme utility to the subcompact car market. Now in its second generation, the Soul retains its square-bodied design and attention to cost-effectiveness it started with. Since its introduction in 2008, the Soul has remained a strong-seller in the Kia lineup. The first-generation Kia Soul was introduced in 2010 after a two year trial in Asia. Styled by a member of Kia's then-new California-based design team, the Soul was modeled after a boar and aimed for a hip, urban market. Two years of Asian market testing proved that the concept worked and tweaked some of the details to make for a more globally-ready car. When the Kia Soul entered the American market in 2010, it was a near-instant success. The five-door layout, large interior space (thanks to the square body design), and high amount of visibility for the driver all added up to a great option for young buyers on a budget. The four-cylinder engines and smooth transmissions were a bonus that finished the deal. The second-generation Soul came to market in 2014 after an unveiling in New York. Aimed more specifically at the American market, the new Soul is more rigid in its underpinnings, which gives a sportier drive experience. The car is slightly larger than it was before in both width and length, adding a bit more interior space, and included more design options that buyers could customize. In the 2015 model year, a battery-electric version of the Soul was introduced as the Kia Soul EV. This model saw limited sales in specific markets. Its target range was about 120 miles per charge and it plugged in using the common CHAdeMO plug interface. The Kia Soul is well-liked for its versatility and compact size. It's low cost of entry means it appeals to entry-level buyers and urban buyers who need space but not size. Kia's industry-leading standard warranty is another high point for the Soul. Common problems usually happen within the warranty period and are centered largely on the 2010-2012 model years where shock absorbers and small body parts (latches, handles) can fail or break. The Soul otherwise has a good reputation, especially in its second-generation build.

Traditionally a crossover-SUV is as much car as it is sport utility. Some vehicles, like the Soul, buck that trend, using the best bits of crossover design (namely interior roominess and a higher ride height) with a mostly car-based focus. This has struck a chord with many buyers, especially those interested in a traditional sedan or hatchback, but who want more room without going to a full-blown SUV. The Soul has defined and dominated that automotive demographic since its introduction. While others have come and gone, only the Kia Soul has remained a best-seller. The Kia Soul has been totally redesigned for the 2020 model year with a lot of good updates, including a slightly larger footprint and more interior space. New powertrain options, some restyling, and a lot of added features are high points of this third-generation Soul. The 2020 Kia Soul is a five-passenger hatchback. Available in six trim models, it has two engine options (depending on trim chosen) and either a six-speed manual, continuously variable transmission (CVT), or seven-speed dual-clutch automatic.
See the full 2020 Kia Soul Test Drive Review.

The automotive industry isn't immune to fads. Remember how we had retro-styled vehicles like the Chrysler PT Cruiser and Ford Thunderbird? Another fad that has recently passed is box vehicles, which was started by the Scion xB in 2004. Aside from standing out, the box shape also provided a very spacious interior for passengers and cargo. In due course, Nissan and Kia joined in the fun with the Cube and Soul, respectively.

In the last few years, Nissan and Scion pulled their box vehicles due to declining sales. However, Kia kept building theirs as it became one of their most popular models. The Soul underwent some changes for 2017, with the big news being the option of a turbo engine. This gives the Soul some much-needed punch in the power department
See the full 2017 Kia Soul Test Drive Review.

The 2014 Kia Soul was totally redesigned from the floor to its squared off roof and despite featuring a roomier, higher quality interior, improved ride and better engines pricing is still very reasonable. Prices range from $14,900 for the base model all the way to $20,300 which is the starting point for the top of the line "!" trim. Add all options to a 2014 Kia Soul ! and the MSRP will creep up to $26,100 but keep in mind that you will be getting a lavishly equipped car with leather seats, in-dash navigation with very advanced graphics and on demand traffic information, an amazing Infinity premium audio system, a panoramic sunroof, HID (High Intensity Discharge) headlamps, push button start, heated and ventilated front seats, heated rear bench seat with heated steering wheel, automatic climate control and pretty much every available gadget and gizmo available with your average luxury car. The 2014 Kia Soul truly is a whole new Hamster carrying case.

If you have been living under a rock and have never heard of the Kia Soul or the ridiculously successful hamsters that have been at the core of this model's marketing success, perhaps you should turn on a TV once in a while or go outside at least once a year. Sunshine is good for you. For the rest of you, you no doubt have seen plenty of handsomely boxy Kia Soul roaming the streets of your town. You no doubt also have seen the Soul on either TV or Youtube with the dancing hamsters which never speak in Kia's ads for the car but rather rock out to Lady GaGa, Mozart or house music. Not only did this ad campaign truly turn Kia into a household name in record time but it also stands as one of the most watched series of ads for any car in history.

Funny thing is, the 2014 Kia Soul is a vastly improved automobile in comparison to its competent and stylish predecessor that did have a couple of notable flaws. For starters, the Soul debuted with a pair of ancient 4-cylinder engines and a 4-speed automatic which is something you can currently only find in a Corolla. Kia did, however, fix that issue in the mid-life of the last Soul model by adding a smooth six-speed automatic and updated engines that were much smoother and peppier. They also upgraded the interior by offering leather seats, push button start, navigation and more luxury features. But none of this compares to the broad scope of available offerings with the 2014 Kia Soul. Not only can you specify it to any price you like, it also comes with 15 different exterior color options—and yes, that lime green "Alien" paint job returns for this iteration of the fancier and more appealing 2014 Kia Soul
See the full 2014 Kia Soul Test Drive Review.

The 2013 Kia Soul sees only a few minor changes, but those changes should appeal to just about any shopper. Most will recognize the Soul as the boxy, little cube-like wagon that brings thoughts of the MINI Cooper to mind; others will recognize it from the hamster commercials. No matter how you remember it, the 2013 Kia Soul offers an economical alternative to those looking for comfort and cargo space.