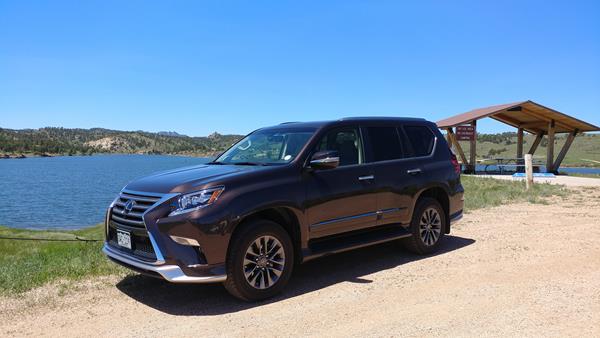 The 2018 Lexus GX 460 is a luxury sport utility that focuses on utility rather than luxury family hauling. Of the truly off-road SUVs on the road, the GX 460 is one of the best. Yet most automakers have moved away from truck-based sport utilities into crossovers, making the GX 460 something of a relic.

The GX 460 has been largely as-is for some time, with few changes to keep up with market trends. Some of the interior, especially seating arrangements, and the ride quality of the GX 460 may not be up to par for many luxury buyers. As a utility-centric design, the GX also has lower fuel economy and less daily use ergonomics than some crossover-based rivals.

These things don't mean there isn't a lot to love about the 2018 Lexus GX 460. The GX 460 issues confidence at every angle and feels commanding when driven. For those who want a luxury daily driver that has serious off-road capability, the GX might fit the bill.

The 2018 Lexus GX 460 is a three-row, large SUV that seats up to seven. The GX 460 has two trim levels and comes standard with four-wheel drive. 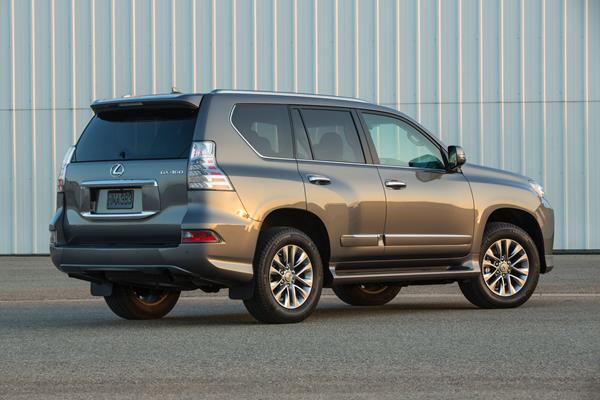 The 2018 Lexus GX 460 shares a lot with the big Toyota Land Cruiser in terms of underpinnings, which contribute to its boxy shape. The GX 460 is pretty and has several points of refinement that are purely Lexus and purely luxury.

The exterior has a strong quality about it, with beefy wheel wells, heavy tires and a flat roof. The flat hood helps emphasize those elements while the rounded, somewhat pointy Lexus grille and long headlamps push toward upscale refinement. The third window glass has a point, pushing upwards toward the hatch, and a large intake below the grille promises some power.

Door lines and the lack of a beltline emphasis are also nods to the luxury status of the GX 460, but the high ground clearance and large wheel wells are clear indicators of the no-nonsense capability of this big Lexus SUV. 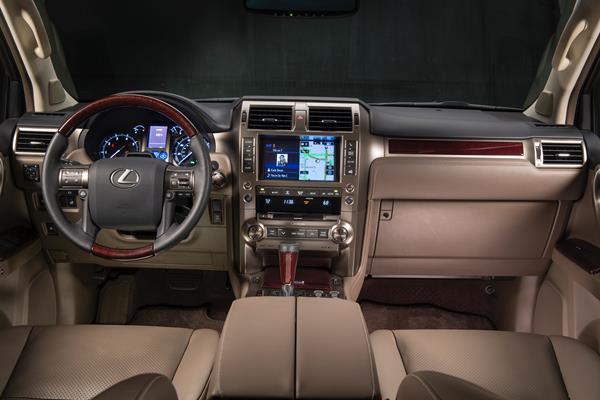 The 2018 GX 460 has a dated interior that harkens back to the glory days of sport utilities. This doesn't mean it's uncomfortable or badly done, just that it's not as refined and sophisticated as more modern designs. Those who have experienced the larger LX 570 or the Land Cruiser will be familiar with the GX 460's layout.

Front seating in the GX 460 is well done with a nice amount of adjustability, plenty of driver visibility, and a solid but comfortable feel. The driver's controls are a little odd at first glance, with most 4x4 controls on the console near the shift knob, but this is a unique thing that will probably endear rather than baffle. Most of those controls aren't used often, with the exception of the airbag lift and drop. Lexus GX 460 will want to get used to that toggle to lower or raise the GX according to need. This can usually be done on the fly, with the exception of lowering when parked for easier exit and entry.

The second row of seating is anathema to the front row. This row is flat and not very well contoured with not much comfort. The lower cushion is too low to afford correct seating for all but the shortest of folks and the seat backs are only minimally adjustable. The center position (assuming the captain's chairs are not opted for) is a Flintstonian "I'm on the hump" affair that won't be comfortable for anyone. We'd opt for the much more comfortable captain's chairs, despite losing a seating position and putting the GX 460 at six instead of seven passengers.

The third row is for kids only. Adults can get back there, but they won't be happy about it. This is true of most sport utilities of the GX's size and is not a mark against it. Adult-friendly third rows are the exception rather than the norm in almost all vehicle segments today. Getting into the third row is a circus act with the second-row bench seating, which folds forward only nominally to allow access. The captain's chairs once again prove themselves to be the better option here.

Cargo space in the 2018 Lexus GX 460 is a mixed bag. The wide-loading floor is nice and the odd Toyota/Lexus thing of having a swinging tailgate and separate-opening upper glass is both a boon and a pain. With the second and third rows down, there are 65 cubic feet of cargo space available, though it's far from a flat floor. The captain's chairs, if opted for, create a hole between them. Still, when that space is used, it's useful and accessible. 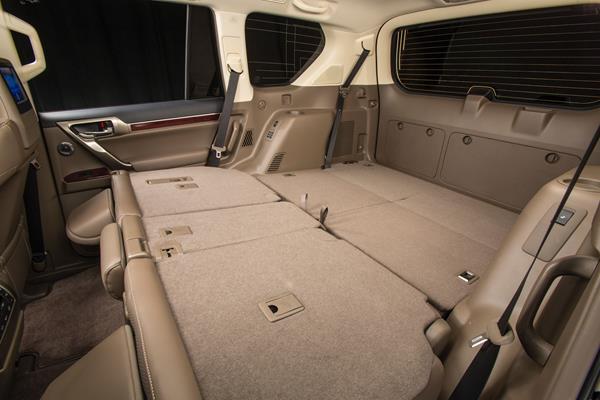 Tech in the 2018 GX 460 is based on Lexus' version of the Toyota Entune system. We like the Enform apps suite and its smartphone integration and connectivity. The standard 8-inch touchscreen is found in both trim levels of the GX 460 and comes with a lot of standard built-ins like Siri Eyes Free and HD radio.

The only real upgrade to infotainment that's available for the GX is navigation. The Luxury trim can have the much-desired Mark Levinson 17-speaker sound system upgrade.

The Lexus infotainment system is responsive and relatively quick. It's not as feature-laden as some options on the market, but it's going to have more than enough for most needs. The Luxury model can also have a two-screen, rear seat entertainment system added.

The 2018 GX 460 is EPA-rated at just 15 mpg in the city and 18 mpg on the highway. In the real world, those numbers are fairly optimistic. Our average after a week of driving was only 15 mpg overall. That was with nearly half our mileage on the highway and very little idling. 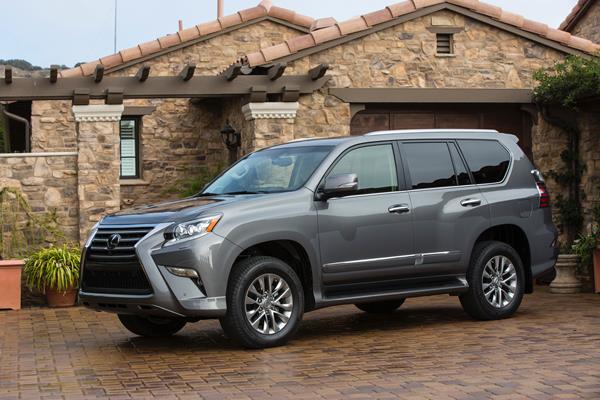 The 2018 Lexus GX 460 has had its reliability expectation dropped a bit to "About Average" by J.D. Power and Associates' current Vehicle Dependability Study.  The Lexus brand as a whole does earn higher valuation than most in the luxury segments, so we are not seriously docking our reliability score here on a largely unchanged vehicle that's had higher scores in the past.

Like most luxury vehicles, the GX 460 has not been crash tested by the National Highway Traffic Safety Administration (NHTSA) or by the Insurance Institute of Highway Safety (IIHS). Our assessment here is based on the GX's large build, heavy-duty design, and complete suite of available driver's aids and crash mitigation technologies.

The 2018 GX 460 is powered by a 4.6-liter V8 that outputs 301 horsepower and 329 pound-feet of torque. This mates with a six-speed automatic transmission that comes standard with full-time four-wheel drive. With the towing package installed, the GX is capable of towing up to 6,500 pounds.

This V8's output is low and slow, taking a while to come up to speed, but serves to get a lot of torque from the drivetrain in the process. That doesn't translate to sports car-like speeds, but it does mean that the GX always feels strong and capable. Around town, the GX is a bit of a boat with a truck's maneuverability. 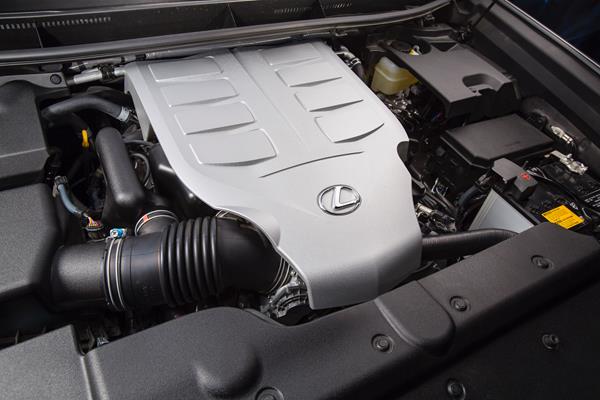 The 2018 GX 460 feels good on the road, with a truck-like ride quality tempered by a lot of luxury underpinnings. The GX's power delivery is smooth and confident. It's also surprisingly quiet on the highway.

Off the road, the 2018 Lexus GX 460 is exceedingly capable. More than most who own it would need it to be, in fact. It's a real go-anywhere machine, with surprising amounts of capability, even with factory-clad tires.

The 2018 GX 460 is priced at about average in the luxury SUV market. Many competing crossovers are a bit cheaper, but won't have the same kind of capability the GX has. We note that the base level GX 460 is not nearly as luxurious in feel or equipment inclusion as like-priced competitors. It's only with the upgrade packages or trim level jump that it truly becomes competitive.

An upside to the GX 460 is its high resale value compared to other luxury vehicles on the market. Lexus on the whole has high resale comparatively and the GX 460 benefits from that. A serious downside is its terrible fuel economy and likely over-done capabilities compared to what's really needed by owners. 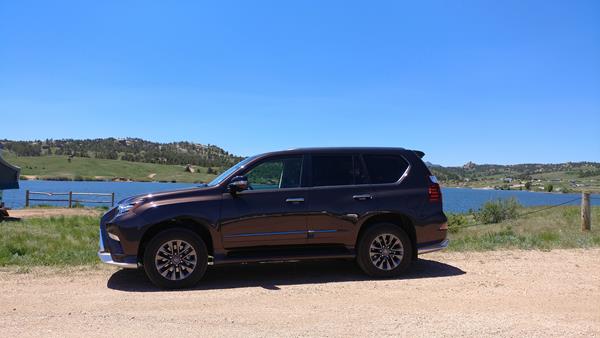 There are a few luxury sport utilities to choose from today, but many have moved into crossover territory. Though most buyers don't really require the heavy 4x4 capabilities of a true SUV, some really do want an authentic, trail-ready machine. Plus some luxury.

For those buyers, choices besides the 2018 Lexus GX 460 are limited to the larger LX 570 in the Lexus lineup, the equally capable Range Rover Discovery and Discovery Sport, the lower-priced Cadillac Escalade and the Lincoln Navigator. Most of these options offer similar capability and varying levels of luxury in comparison. Nearly all of them offer better fuel economy and newer interiors.

The 2018 Lexus GX 460 is a good machine and a solid luxury SUV for those who need capability more than they need modern fitments. It's muscular and supremely stable, and if most of the passengers are kids, it's a more-than-adequate family toter.