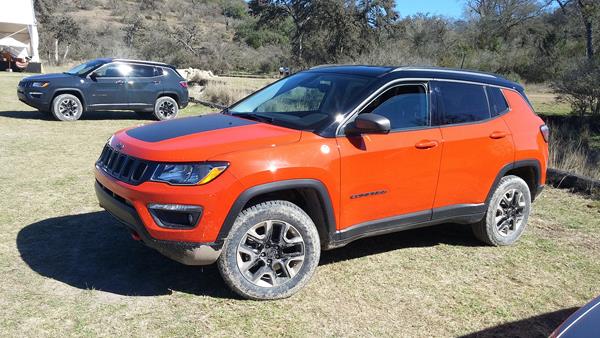 Jeep totally revamped the 2017 Compass model and gave it much-needed upgrades and changes. This all-new contender in the small crossover segment fits between the small Renegade and larger Cherokee models as the newest addition to the Jeep family.

The Compass, along with the discontinued Patriot, is part of Jeep's entry-level offerings in the "cheap Jeep" category. With a vapid interior, lackluster performance and reputation for being unreliable, the Compass was not doing well for the brand. Sales were steady because of a past lack of serious competition in the compact crossover market, but the Compass really needed updating.

And upgrade they did. Jeep went to town redesigning the Jeep Compass and it definitely shows. Its looks, interior, versatility and ergonomics are all updated to be very competitive in the current market. The 2017 Compass is definitely a Jeep to consider. 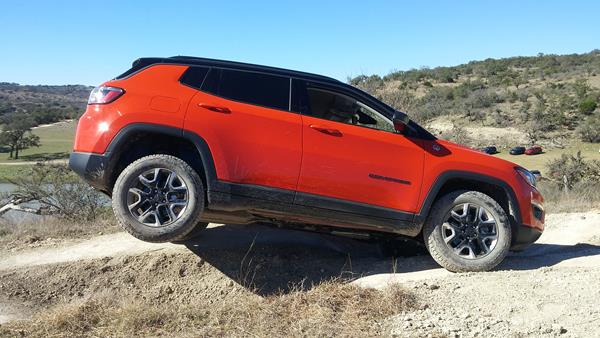 From the outside, the new 2017 Jeep Compass is a looker. It contains all of the elements of current Jeep design, as well as some nostalgic throwbacks to the brand's heritage. The design of the Compass is derived from the well-loved Jeep Grand Cherokee, with its flattened SUV-style nose and more rough-and-ready look. At the rear of the Compass, some elements from the Cherokee and Renegade are found in the Cherokee's rear window lines, along with the Renegade's rear pillar and hatch.

It's a good look overall, giving the 2017 Compass a mixture of crossover-SUV elements that come together in a great-looking package. The total look of the Compass fits somewhere in between the sleek edginess of the Cherokee, the powerful muscularity of the Grand Cherokee and the boxy fun of the Renegade. 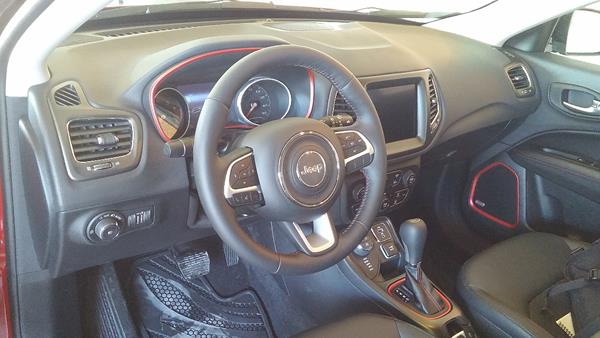 There are few things to complain about with the 2017 Jeep Compass' interior ergonomics. We like the seating positions, the ample back seat and the extensive cargo space. Drivers in lower-end models may find that adjustments are lacking, and the big and tall may have issues with the driver's and front passenger's seat thigh supports.

The driver's controls are well laid out and easy to access. The Compass sits a bit high compared with similar crossovers in this class, which means some may have to climb in rather than slide in. The design helps make up for that with big, squared door openings and tall entry/egress points to make climbing in and out much easier.

The rear seats are well done with a lot more space than the size of this new Compass might indicate. Seating for three across is available and isn't as cramped as it would be in some competitors.

Cargo space is similarly well done, with a good amount of room and easy access thanks to the square-ish rear hatch and large opening it creates. With the rear seats up, cargo space is measured at 27.2 cubic feet and with them down, at 59.8 cubes.

Added ergonomics such as the flat-fold rear seats (60/40 split) that can be operated from the rear with the hatch up (in most trims) are a nice bonus. Convenient tie-downs and hangars for grocery bags are also a Jeep thing included in this new Compass.

All around the Compass are convenient drink holders with large openings (especially in the doors) and a bevy of storage bins and cubbies.

There are three sizes of Uconnect screens in the 2017 Compass. The base model has the smallest and least functional screen, but Bluetooth and similar connectivity is standard. The 7-inch screen upgrade brings more functionality and some smartphone access with audio streaming. The large 8.4-inch offering is the best in the business, and includes a lot of connectivity, a WiFi hotspot, navigation and a lot more.

Uconnect in all its forms is one of the easiest infotainment systems to use. It's voice activation controls are well done, though sometimes tedious, and its voice-to-text capability is unmatched on today's market. The screens are bright and easy to read. 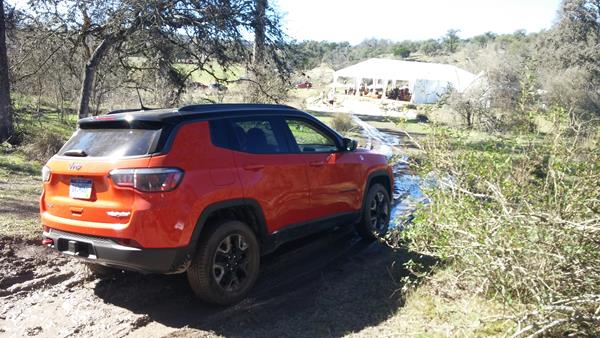 The automatic transmission is rated at 22 mpg city and 31 mpg highway in front-wheel drive and 22/30 mpg city/highway in four-wheel drive. Ratings are likely lower for the Trailhawk model with the advanced Active Drive Low transmission, but there are no EPA estimates for that specific model.

All of these numbers are lower than the rest of the segment.

The predicte Vehidle Dependability Study results from J.D. Power and Associates for the 2017 Jeep Compass are for the outgoing model, which was produced until the first part of 2017. So they aren't applicable to this new-generation Compass. For that reason, we have little to go on with expected reliability except guesswork based on the powertrain's performance in other models of Jeep.

We also expect that the new design comes with better components, as is found in other Jeep models, and the much more upscale interior is likely to improve things as well.

For now, our safety score for the 2017 Jeep Compass must be kept low but optimistic, as this new model has only had two crash test results published as of this writing. The National Highway Traffic Safety Administration has rated the 2017 compass with three stars (out of five) for frontal crash results and four out of five stars for rollover crash results. 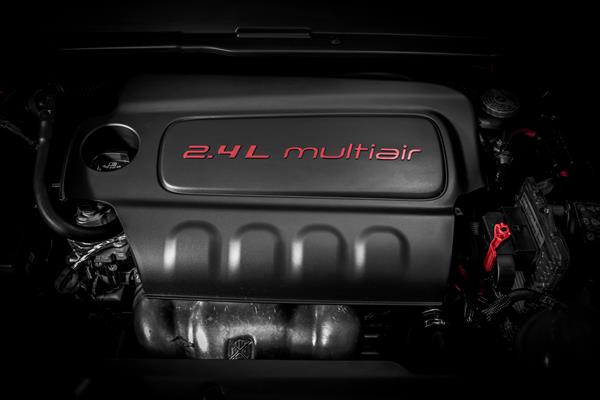 The 2017 Jeep Compass features a 2.4-liter 4-cylinder engine (aka the Tigershar"), which is found throughout the Jeep-Chrysler lineup. This little engine outputs 180 horsepower and 175 foot pounds in the Compass, which is just about enough to make the Compass drive well, but not enough to make it a race winner or overzealous runabout.

The Trailhawk and Limited trim models have a 9-speed automatic transmission as standard, with no option for changing that. The Trailhawk is 4WD only with a special Active Drive Low transmission with low gearing in the transfer case for more off-road torque delivery. Several other off-pavement additions, such as protective skid plates, beefier tires and a more robust suspension, are also included in the Trailhawk.

On the road, all models are a good drive with a surprisingly quiet cabin and excellent handling for the class. The turning radius of the Compass is good and the ride is smooth and comfortable. The 9-speed transmission can get fidgety with shifting in the middle speeds (25 to 35 mph) around town, but is not terribly intrusive about it.

On the highway, the ride remains quiet and well mannered, though tire noise from the Trailhawk is noticeable. Acceleration is not quick or punchy, but it's good and the 6- and 9-speed transmissions are happy to downshift when the throttle is pressed for a pass.

Off the road, any model of the 2017 Jeep Compass will get you along the dirt path or the bumpy road easily. The Trailhawk model is where the true Jeep nature of this rig comes out and shines. With its short wheelbase and good clearance in this trim, the Compass is very capable. Perhaps more so, in many respects, than larger models like the Cherokee.

The question of value will come down to whether or not a buyer really needs the clearance and off-road capability of the little Compass. Many buyers in this segment do not, but the added security that comes with all-weather capability might be a real draw. Most Jeep models sold are with 4WD, so we expect resale values of those models will remain good.

Pricing for the Jeep Compass is good and on par with the segment. The starting price comes as a well-outfitted little Jeep, but most buyers will be in the Latitude and Limited trims with a few in the Trailhawk trim for the added capability. We expect that the Trailhawk model will have the best value retention in terms of trade-in/resale and the Latitude will have the best bang for the buck for the majority of buyers in terms of what's included for the price. 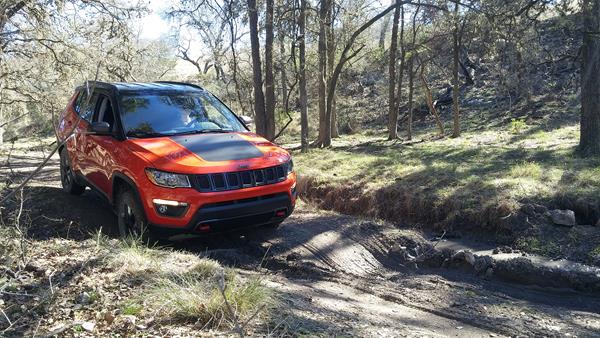 There is no shortage of competitors in the small crossover segment. In terms of off-road prowess, the Subaru XV Crosstrek is likely the nearest competitor and is priced about the same as the 2017 Compass. For those not needing the legendary Jeep capability, the Mazda CX-3, Kia Sportage and the Ford Escape are all well worth shopping.

When it comes to style, capability and interior excellence, it's hard to find a competitor who can touch the 2017 Jeep Compass. This capable, fun new Jeep is a much-needed upgrade to the Compass model and a great addition to the Jeep lineup.