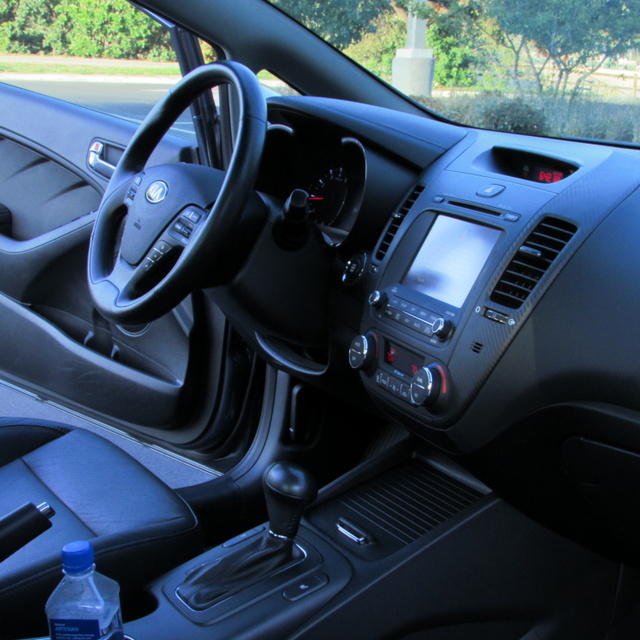 For 2016 the Forte remains available in either sedan form, as a two door Koup or as a Volkswagen Golf rivaling five door hatchback in the Forte5. Both the Koup and Forte5 are available with an optional and potently addictive 1.6 liter turbocharged 4-cylinder good for 201 horsepower/195 lb. feet of torque in SX trim.

EX trim levels in all models get Kia's capable if a bit unexciting 2.0 liter naturally aspirated 4-cylinder good for 170 horsepower/154 lb. feet of torque. Base LX sedan models get a 1.8 liter 145 horsepower/130 lb. feet of torque 4-cylinder that thankfully is available with a manual gearbox. The EX trim level on the sedan and Forte5 with the 2.0-liter motor is automatic only. The Forte Koup, however, can be had with the 2.0-liter engine and a six-speed manual. Confused yet? We have yet to try the 1.8-liter motor so our comments here are relegated to the other two powertrain options.

Both the 2.0 liter and 1.6 turbo engines are capable of keeping up with traffic, one just does it with more gusto and verve most especially when mated to the standard 6-speed manual gearbox which has a wide clutch bite point and makes smooth shifting easy. An equally competent 6-speed automatic is optional and the most widely chosen transmission. We do appreciate, however, that Kia offers a manual with each Forte model. Sadly, the Forte sedan is still unavailable with the turbocharged motor or in SX trim which we think is unfortunate.

For our review, we managed to have a week in both a 2016 Kia Forte EX 2.0 liter 4-cylinder sedan with automatic as well as a Kia Forte Koup SX turbo with the manual gearbox. Efforts to try to Forte5 were met with a "How many Forte's do you want for one review?" We agree that the Forte5 mainly differs from these two bodystyles in that it offers a lot more utility what with it rather large hatchback cargo room—23.2 cubic feet and that's before you fold down the rear seats. So do check out the Forte5 SX if maximum space and pace is your priority.

Now let's get on with the facts and nitpicking every aspect of the 2016 Kia Forte. You know you love it when we do this. 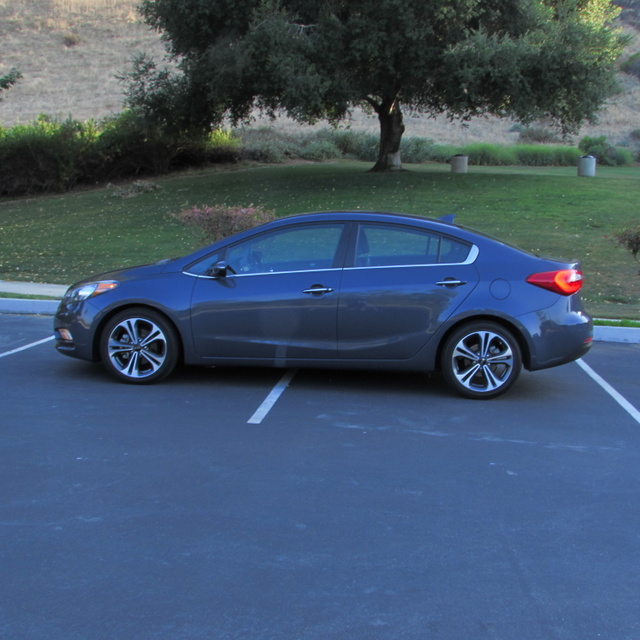 What we loved about the 2016 Kia Forte 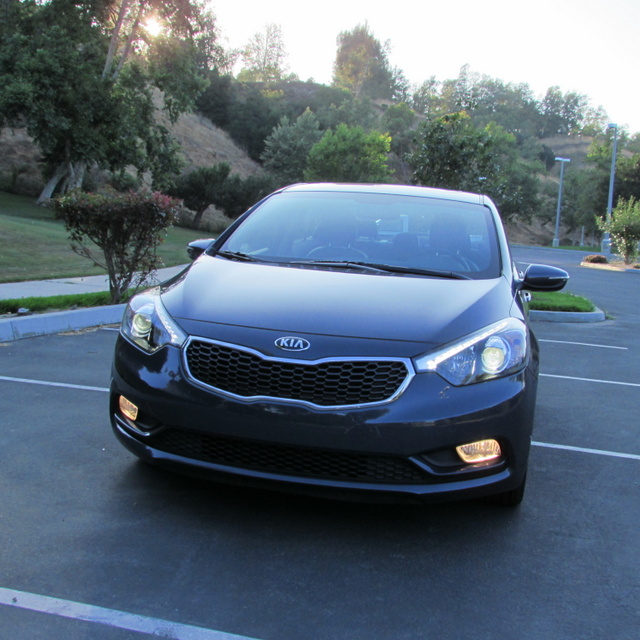 Simply put, we really like the grown up looks of the 2016 Kia Forte in all of its many forms—two door coupe, four door sedan and five-door hatchback. Few companies offer as wide a line of compact car bodystyles under one name. The only one we can think of is the upcoming 2016 Honda Civic which is adding a hatchback after a long hiatus back into the model mix. Admittedly, the Forte looks a bit more conservative than the latest from Mazda and Honda but it definitely doesn't look like one that will date quickly either. And that's a good thing.

The fit and finish, quality of plastics and leather used as well as the overall layout of the Kia Forte's interior is very Germanic in nature. To some it may appear reserved but to our view it looked built to last and designed to ooze a feeling of class. Also, all of the controls from the climate control to the audio system to the optional in-dash infotainment/navigation system are a picture of simplicity to use.

There are lots of cubbies in the interior, properly sized cupholders and large side door pockets. The rear seat is roomy in the sedan as well as the Koup provided you are agile enough to get back there. Trunk space in both is generous but cost cutting can be seen in the rather flimsy trunk-liner and use of space eating metal hinges. Otherwise, a great effort from Kia but unfortunately no longer a class leader. 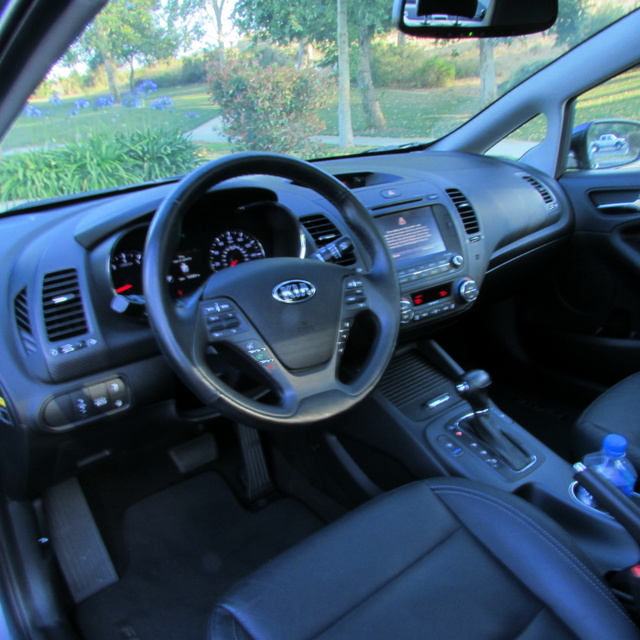 Thanks to Kia's Microsoft co-developed UVO infotainment system, the Forte boasts availability of a 7-inch color touchscreen with features like on-board maintenance reminders and mechanical diagnostics, a 911 assist function, a parking finder function which reminds you where you parked your Kia via an app on your smartphone as well as having the usual connectivity to your smartphone and apps that are standard in the industry. One unusual option available with the Forte is a ventilated driver's seat which is a feature usually reserved for luxury cars and SUVs.

According to the EPA, our 2016 Kia Forte EX sedan automatic should have averaged 33 miles per gallon whereas the Forte Koup SX Turbo should return 28 miles per gallon. During our week of testing the numbers really did vary whether you were in stop and go city driving or on the freeway. Our Forte Koup SX managed nearly 26 miles per gallon on the highway and just barely over 20 around town. The Forte sedan in EX trim averaged 25 around town and did creep over 30 on the highway. Admittedly, we do live in Southern California where traffic can demand a heavy throttle foot just to survive. 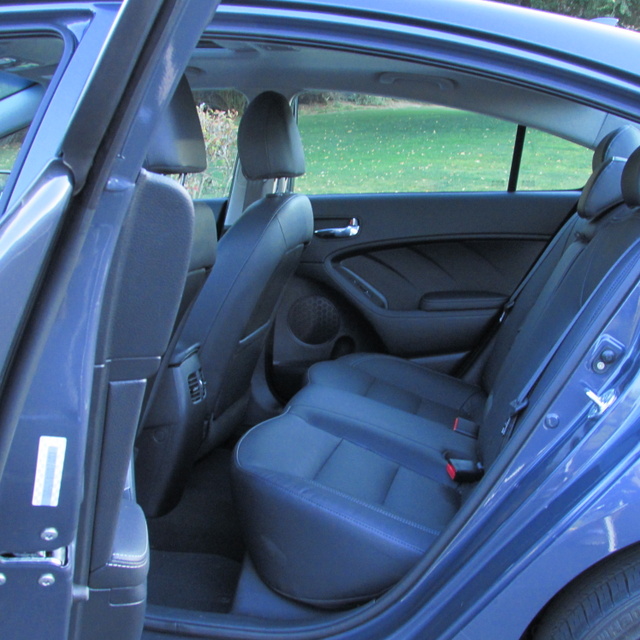 Predicted Reliability and Initial Quality Rankings: (8 out of 10)

Oddly enough, the Kia forte scored a full five stars for overall initial quality according to JD Power and Associates but when it came to their predictions for long term reliability the Forte was awarded three out of five stars. That can only be attributable to Kias of the past proving to be less reliable than the competition but we wouldn't worry about that as the brand has made quantum leaps with every vehicle redesign. Plus, it comes with a 10-year warranty.

According to the IIHS, the Kia Forte got a top "Good" rating in most every crash test category except for the highly difficult small front overlap test which mimics the effects of a collision with something like a tree or pole. In that test it received a score of only "Marginal" due to intrusion into the driver's safety cell and the fact that the dummy missed the airbag entirely instead hitting the dashboard. This kind of problem usually requires making a car heavier and less fuel efficient with body strengthening measures but we hope Kia remedies this situation soon. Also, the Kia was dinged by the IIHS for not having any of the latest active safety tech like Blind Spot warning, front impact warning, lane departure warning or cross traffic alert. 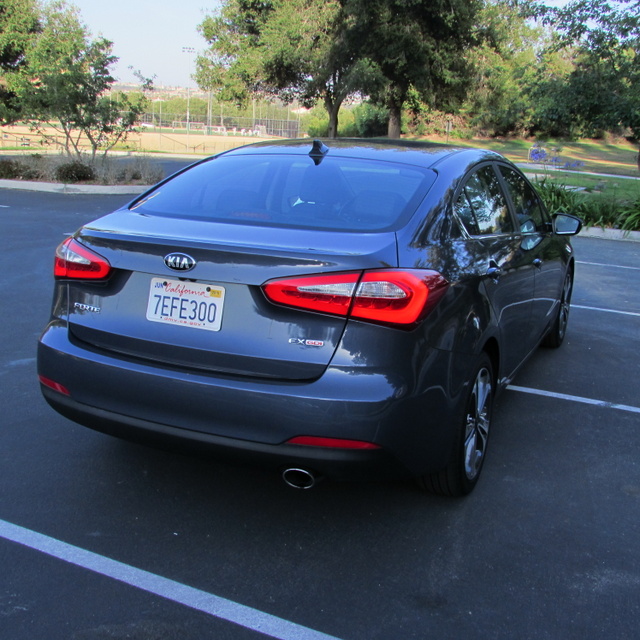 One of the most unique features that comes standard with the Forte is its three mode Flex-Steer system which adjusts the level of steering effort for the driver and consists of sport, standard and comfort settings. Do not put your Forte into the Comfort setting unless you want your new compact car to steer with all the verve of a 20-year old Buick land yacht.  It is so light that you almost feel like you have no communication at all with the front wheels. Both the standard and slightly heavier Sport settings are perfectly well suited to the size of the car but we wish every time we turned it off the Forte would not revert to standard instead of staying on Sport where we wanted it. Sometimes a car can think too much for you.

We really enjoyed our time in an SX trim Forte model with the 1.6 liter turbocharged 201 horsepower/195 lb. feet of torque 4-cylinder which had such a fat torque curve low down into the rev range that we noticed no lag in power whatsoever while waiting for the turbo to kick in. The six-speed manual was slick and precise and added to the sportier overall feel of the car. But if you are expecting a Volkswagen GTI or Honda Civic Si beater you are looking in the wrong place. Why you ask?

It is much smarter to look at Kia's SX trim level more as a fast grand touring trim rather than an outright sporty car trim level. One reason is that the competition we mentioned in the GTI and Si (plus Subaru WRX, Focus ST) all are more focused sports cars and therefore more frenetic cars to live with day to day which can get tiring over time. So if you want a more laid back and refined sporty hatch or coupe, check out a Forte5 or Forte Koup SX. Oddly, we found the Forte with the turbo motor much more refined and quiet than the Veloster turbo which uses the same motor. Kia must have used more sound deadening material as it is Lexus like in the Kia compared to a Veloster turbo.

But one thing the Kia shares with its Hyundai distant cousin is a ride that doesn't take kindly to potholes, sharp turns or dips in the road. Both Forte models we drove demonstrated some rather stodgy handling characteristics that takes away some of the fun to be had especially the one time our Koup SX seemed to nearly bottom out after hitting a dip in the road as we exited a parking lot. Kia does have a new head of suspension engineering who has stated the brand will be class leading under his tenure and we really hope that's true because the Forte has the rest of the driving recipe just right. 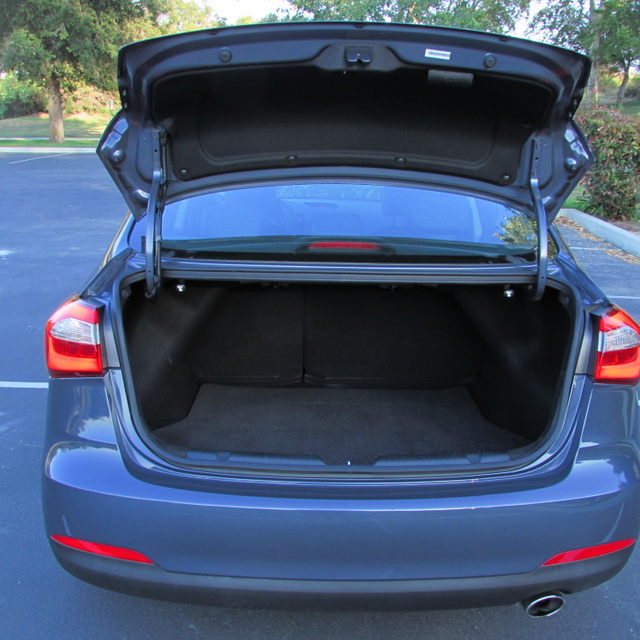 While Kia does still offer a bargain priced $15,995 entry into Forte ownership in the form of the LX sedan, a fully loaded EX sedan may come with every imaginable feature like navigation, heated front/rear seats/steering wheel, leather interior, automatic climate control, moonroof, ventilated driver's seat but only a decent 6-speaker audio system with two tweeters for just over $25,000. At that price you can have a Jetta SEL Premium similarly equipped with an amazing Fender audio system or a Mazda3 with a Bose audio system. Also both the Mazda and VW get Top Safety Pick Plus ratings from the IIHS.


The Final Numbers and the Competition: (61 Points out of 80)

Please try to remember that a C grade is average and a C+ is just a little bit above average when it comes to letter grades and that is just what the 2016 Kia Forte is, a little bit above average. But do take into account how good class leaders are in this segment such as the Mazda3, revitalized Ford Focus and Volkswagen Jetta as well as the iconic Honda Civic. The Forte has a lot of competition out there and what was impressive in 2014 when it was introduced has now fallen behind competitors who seem to implement massive improvements yearly. The Forte only needs a little work on a few areas for its next refresh and considering Kia's track record it won't be long until the Forte will be the industry class leader. Mark our words. The day will come. 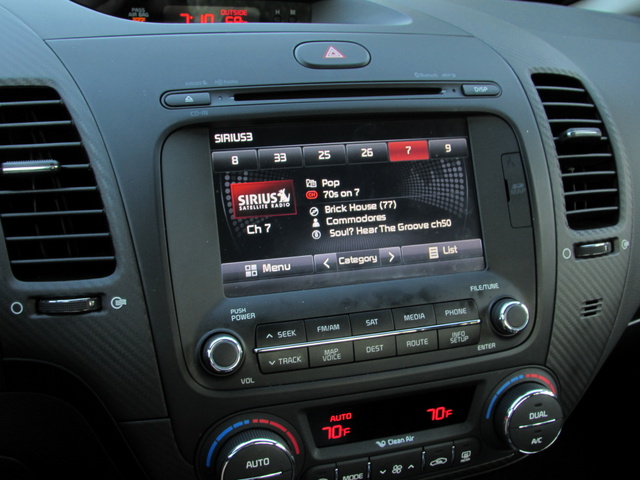