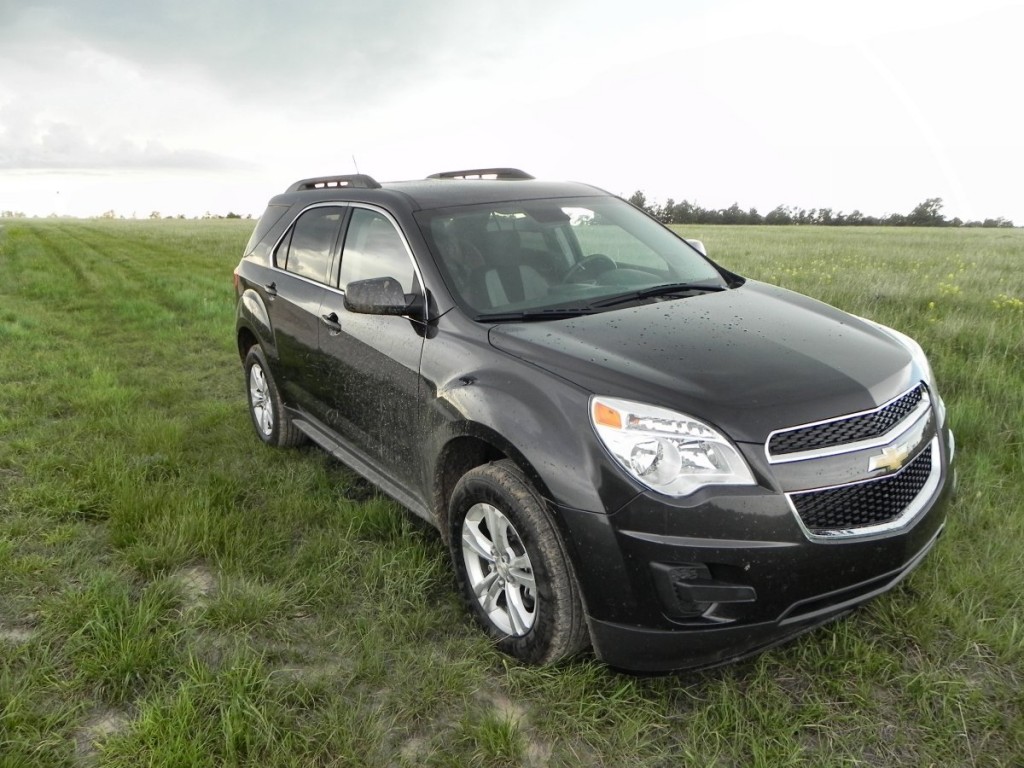 Overview (Final Score: C+)
The 2015 Chevrolet Equinox is a five-passenger, two-row small to medium crossover from General Motors. Highlights are its high safety ratings, excellent interior, and strong quality ratings. A robust exterior look and high EPA fuel economy ratings are attractive to buyers, though in the real world, these may not be as compelling as they seem.

In all, we like the Equinox for its long-term appeal and find that, despite its aging design, it's a surprisingly competitive offering in the small crossover segment.


What We Loved About the 2015 Chevrolet Equinox


What We Didn't Love About the 2015 Chevrolet Equinox 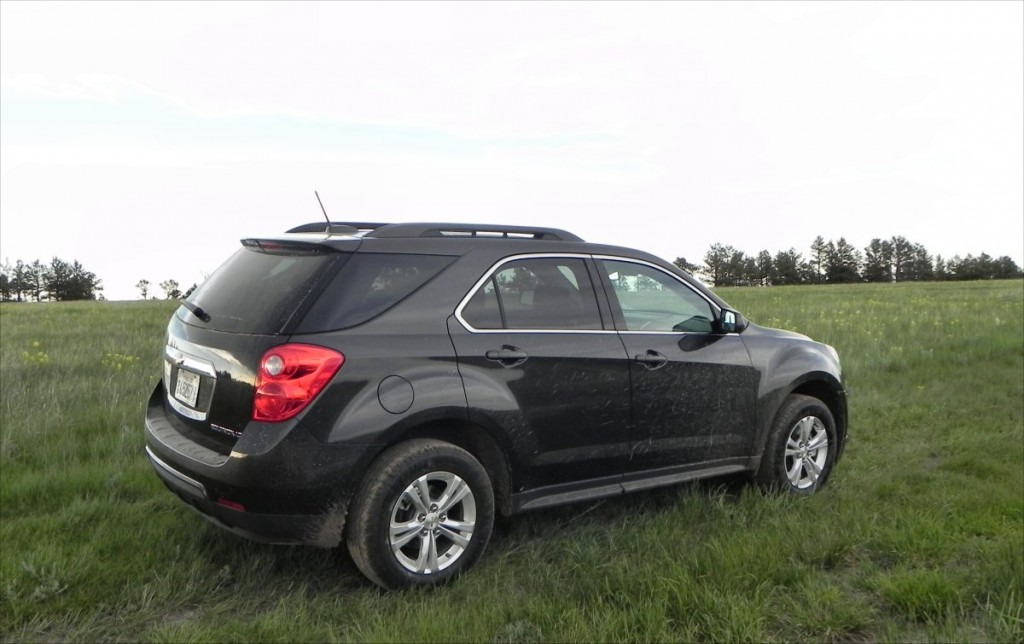 Exterior View (8/10 relative to market)
The Chevrolet Equinox has a robust, almost squat and hard-bodied appearance that appeals to many consumers. It's rear pillar is pulled forward, its hoodline is squared and short, and its rear is clipped with the wheels pushed to the corners. This gives an overall appearance of strength and "fireplug" muscle accentuated by heavy fender bulges.

The current-generation Equinox was introduced in 2010 and has seen steady sales figures since. The design is getting a bit long in the tooth now, however, and the Equinox is slated for a mid-cycle refresh for the 2016 model year. 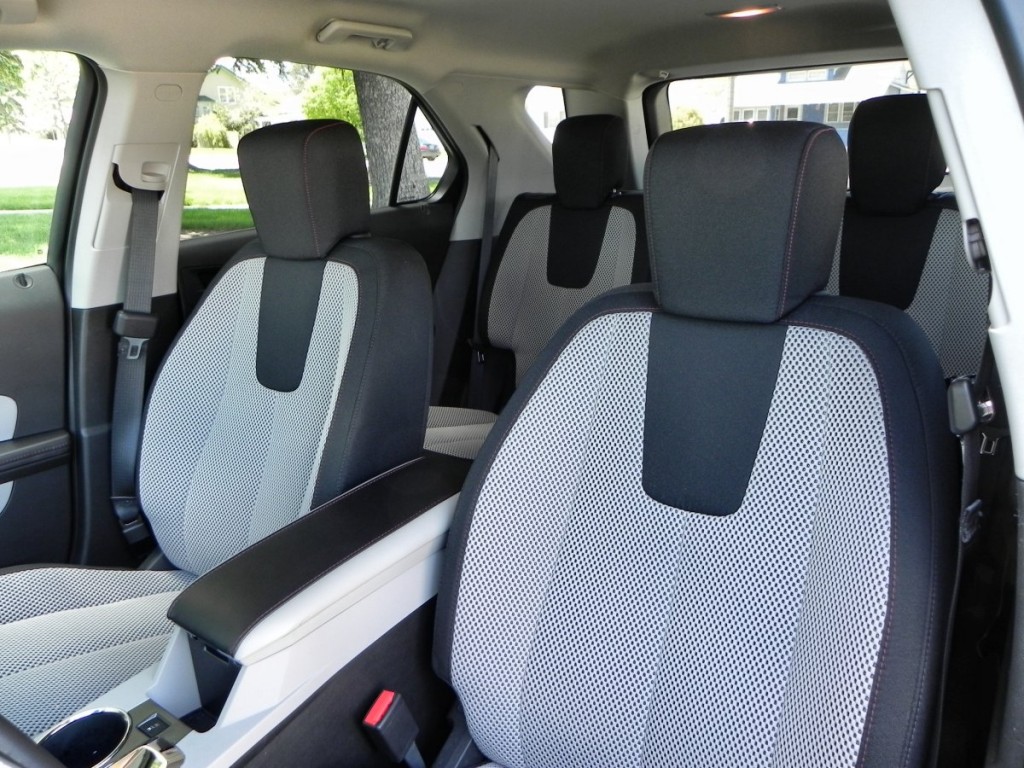 Interior Comfort, Quality, Ergonomics (9/10)
Style and comfort are what sets the 2015 Equinox apart from many rivals. The small crossover market is contentious, however, and competitors are often on par with the Equinox. Where its excellent interior used to be what held the Equinox above rivals, it's now just a high point. That doesn't diminish what this little Chevy has inside, though.

The 2015 Chevrolet Equinox begins with a distinctive dual-cowl and two-tone color scheme (in most trims). The dashboard is large, but lifted, and centered by a large set of vents that flank an available touchscreen interface. Materials quality in the instruments and dash is average and not standout, though some soft plastics add texture to the overall feel.

Seating in the Equinox is some of the best available in the segment. It's immediately comfortable and supportive and even base trims have good adjustment options up front. Single or two-tone cloth options are all of quality materials while leatherette options in upper trims are not as lush as they could be. Legroom, headroom, and shoulder room are excellent in the driver's and front passenger's seats.

In the rear, seating is still very good. Leg and headroom are above par. Adding to this is the unusual trait of sliding and reclining rear seating, which gives much more adjustment than most rivals can boast.

Of course, with that roominess for passengers comes some sacrifice and in the 2015 Equinox, that means less cargo space. With the rear seats up, cargo is at 31.5 cubic feet, which is well below average in this class. Fold the 60-40 rear split seating and that expands to 63.7 cubic feet, which is more on par with the segment average.

In everyday use, the 2015 Equinox is an excellent, family-friendly, comfortable vehicle with a lot to offer. The smaller cargo area is still more than adequate for normal uses and its squared-off rear end can be a boon when bulky items are being loaded. 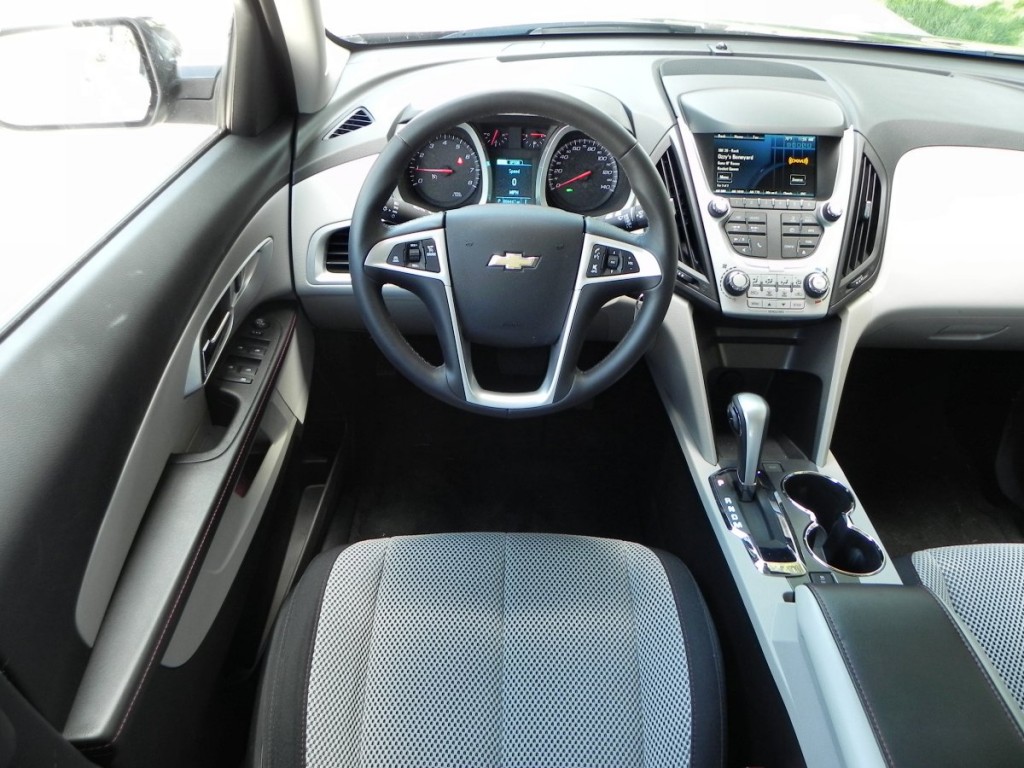 Technology (8/10)
Lower trims of the 2015 Equinox have little tech available without pricey upgrades. At mid- and upper-level trims, however, the MyLink System becomes standard equipment. This infotainment interface includes Bluetooth connectivity and streaming through smartphone-enabled apps like Pandora and Stitcher.

Most uses of the touchscreen are easy to learn and work very much like a smartphone, including some gesture-based commands. This makes learning MyLink faster than with many others on the market. Downsides include a sometimes slow response from the system and some menus cram a lot of information into a relatively small space, making fudging the choices easy when on the road. 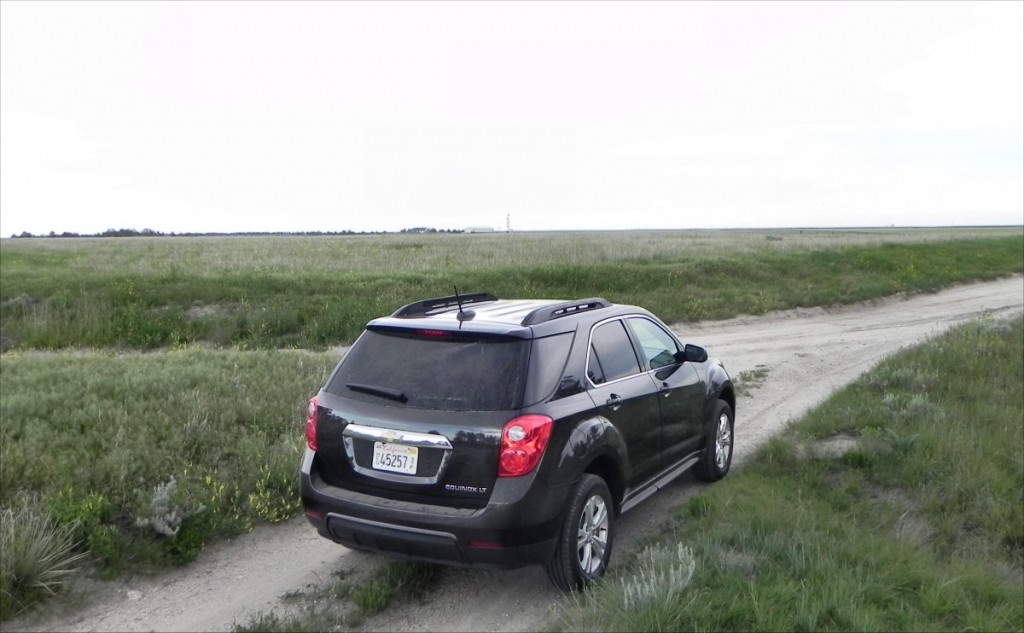 Fuel Economy (7/10)
Fuel economy in the 2015 Equinox is good, though achieving some of the EPA's estimates in the four-cylinder engine may be challenging. Real-world returns will likely be two or three MPG lower than the window sticker states. The four-cylinder Equinox is EPA rated at 26 mpg combined in front-wheel drive (22 in the city, 32 on the highway) and 23 mpg combined in all-wheel drive (20/29).

The available six-cylinder engine has far lower returns, rating 20 mpg combined in front-wheel drive (17/24) and 19 mpg combined in all-wheel drive (16/23). Our week in a 2015 Chevrolet Equinox AWD LTZ model with the V6 engine saw these numbers bear out in the real-world. These numbers are below par for the segment, however, with similar crossovers with six-cylinder engines producing better EPA ratings. 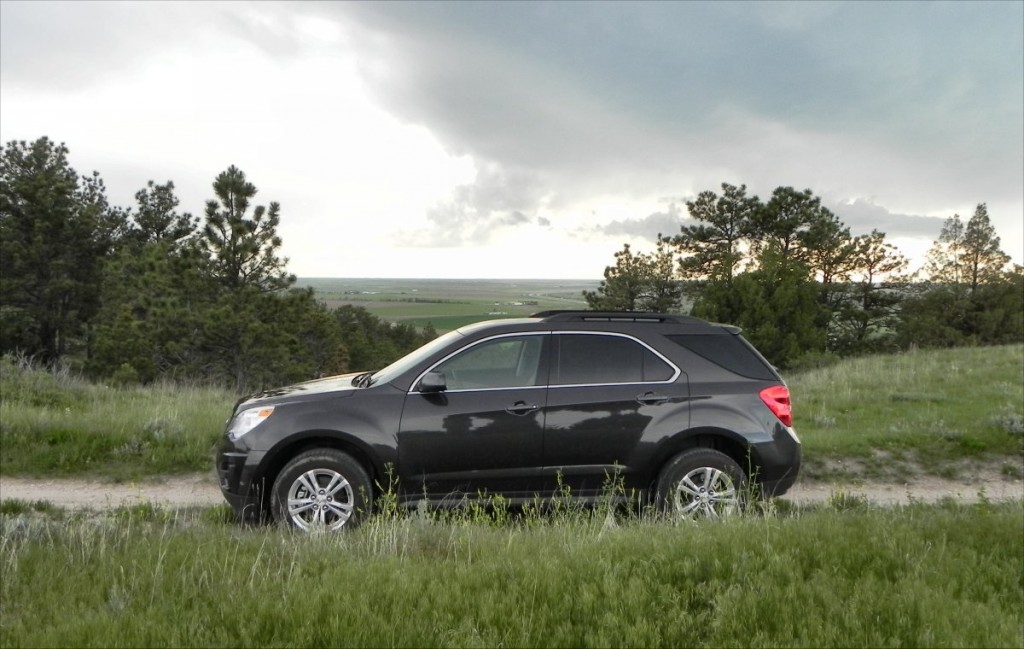 Predicted Reliability, Initial Quality Ratings (9/10)
The 2015 Equinox has one of the highest expected reliability and quality ratings J.D. Power has scored in the small crossover segment. Ranking at 4-5 on a scale of five in most categories, the Equinox does very well in the J.D. Power Initial Quality Study consumer survey. The vehicle model as a whole has a good track history for reliability and generally avoided most of the scandals involving recalls for General Motors vehicles over the past couple of years.

Other ratings for quality and reliability for the Equinox are also high, prompting us to follow suit with a good score for the crossover.


Safety (9/10)
Safety is another point where the 2015 Chevrolet Equinox rates well. The National Highway Traffic Safety Administration (NHTSA) gave the Equinox an overall rating of four out of five stars for crash test safety. The Insurance Institute for Highway Safety (IIHS) gave the Equinox a highest-possible rating of "Good" for most crash testing, including the small-overlap frontal-offset crash test that many in this segment have trouble with.

Adding to these crash test scores is the fact that all but one trim level of the 2015 Equinox include a rearview backing camera. Rear parking sensors and frontal collision with lane departure warning are standard on the upper trims. Finally, standard across the board in the Equinox this year is General Motors' OnStar emergency communications and crash notification system.

Put together, this compels us to give a high safety rating to the Equinox. 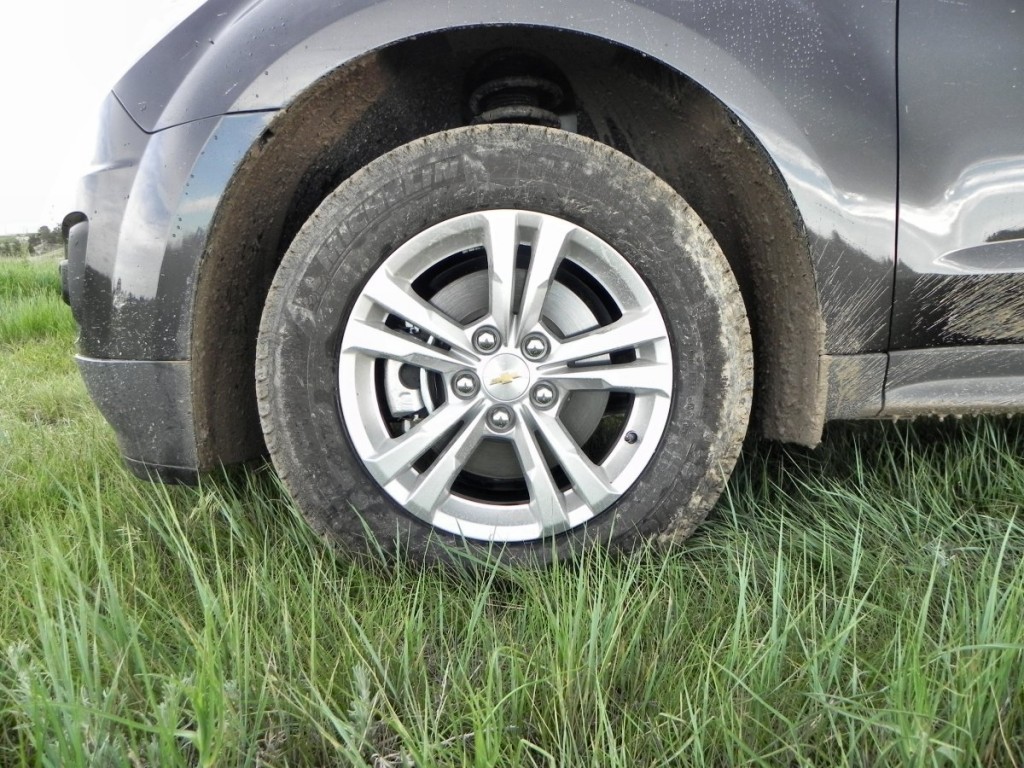 Performance (6/10)
The base and most common engine in the Equinox is a 2.4-liter four-cylinder that produces 182 horsepower and 172 pound-feet of torque. This is mated to a six-speed automatic transmission in front- or all-wheel drive. With this powertrain, the 2015 Equinox gets respectable fuel economy, but has a lack of acceleration that drags down its drive. It struggles on hills and the transmission often shifts repeatedly in an effort to keep the Equinox moving forward at speed.

The up-level engine is a more robust 3.6-liter V6 that produces 301 horsepower and 272 lb-ft of torque. The same six-speed transmission is used. This peppy engine outputs good performance and gives a lot of confidence in passing and on the freeway merge. It rarely struggles with hills or under load and adds a towing capacity of 3,500 pounds to the 2015 Equinox's capability list. Fuel economy is below par, however, marring this powertrain's otherwise excellent attributes.

Another downside to the Equinox's performance are its handling characteristics. Steering is mushy and the blocky feel of the crossover is accentuated by sometimes poor visibility from the driver's position. Especially in the parking lot. 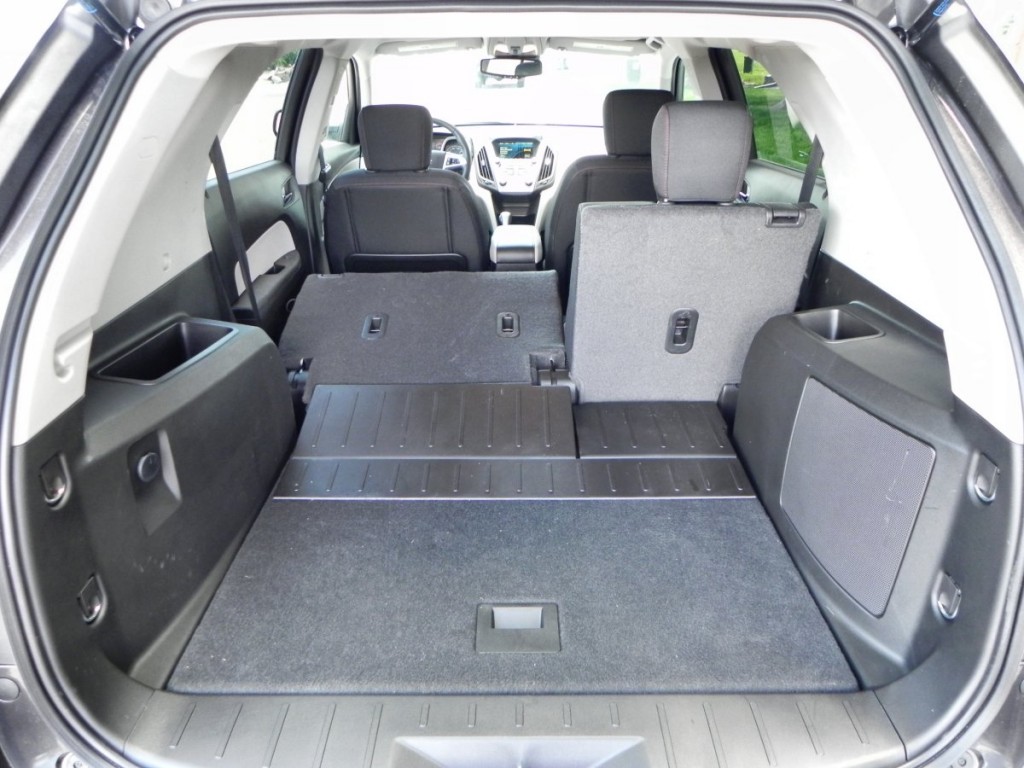 Pricing and Value (6/10)
The base model price of the 2015 Equinox is about $25,000 - far more than nearly every other rival in the small crossover segment. Most rivals at this price point are better equipped as well. On the other hand, the Equinox is one of the larger crossovers in this segment. Resale values do not justify the higher price of the Equinox on the other side either.

At mid-level trims, the Equinox is still expensive, pricing in at around $28,000 with the V6 equipped in AWD. This is closer to the norm for the market, but still above average. Equipment and capability help make up for some of the extra costs. The top-most level of the 2015 Chevrolet Equinox is over $32,000 delivered and has plenty of technology and fitment to match, but still seems expensive compared to more well-heeled rivals at the same price.


Total Score and Competitive Comparison (62/80, 77.5%)
The small crossover segment is currently the fastest-growing automotive segment in the United States and competition is fierce. As such, automakers bring their best and brightest to this field and Chevrolet is falling behind as the Equinox ages. Competitors such as the best-selling Honda CR-V and newly-excellent Hyundai Santa Fe Sport are showing up the Equinox on most fronts.

Strengths for the 2015 Equinox include its robust exterior design and plush interior, both matched by the equally-astute Jeep Cherokee. Other rivals, like the Ford Escape and Mazda CX-5 are much more engaging to drive without sacrificing passenger space.

In sum, the 2015 Chevrolet Equinox is a bit dated and more expensive than its rivals. We like its high reliability and quality ratings, however, and enjoyed its excellent interior comfort. The Equinox remains a popular choice for consumers for these reasons.