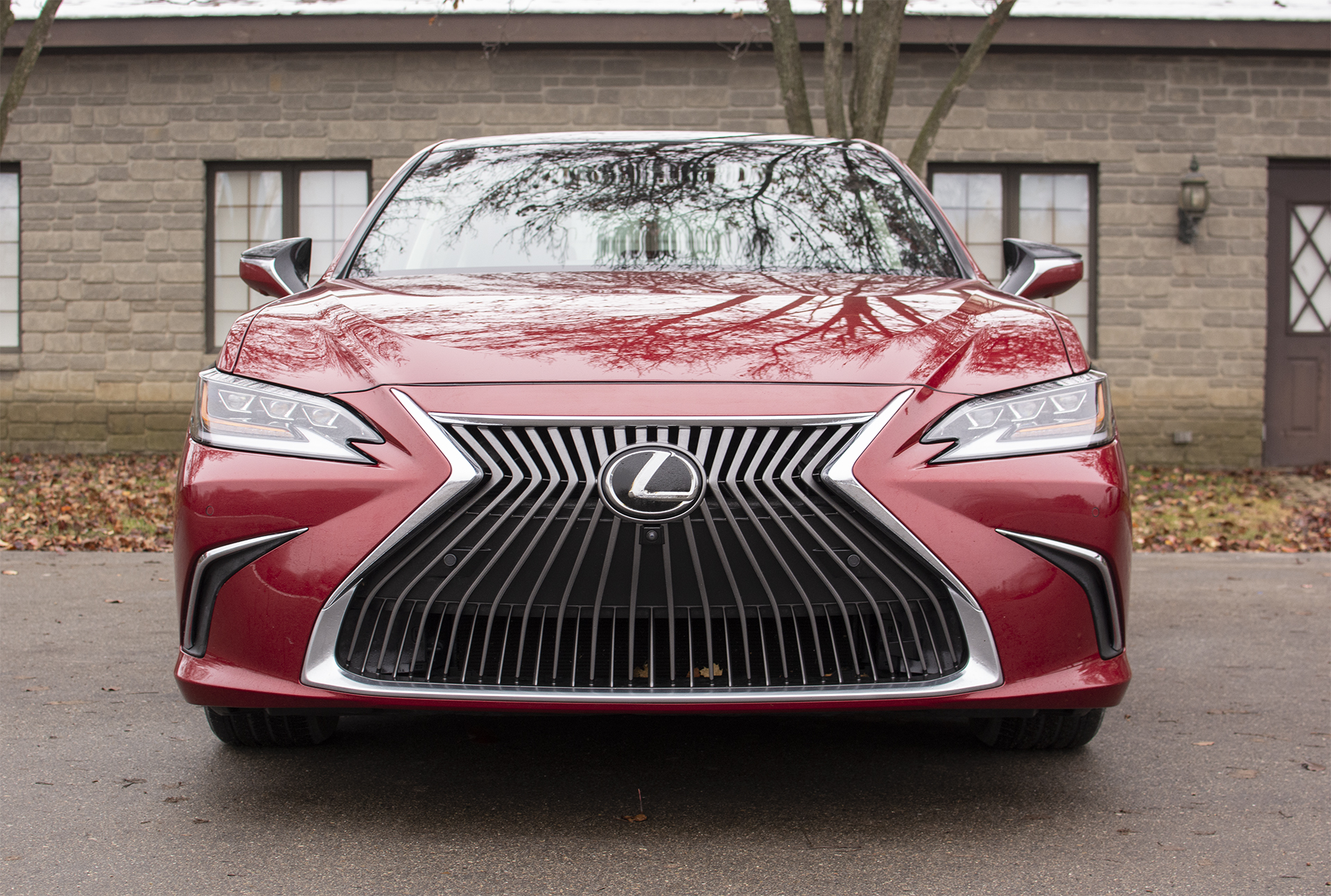 Luxury cars attract buyers thanks to their high-end finishes, comfortable ride quality, and advanced technology. There’s also the prestige that comes with owning a car with a luxury nameplate. As a result, they come with a heftier price tag than their non-luxury counterparts. But is the extra price worth it? Or should you save money by buying a used luxury car?

We determined the best luxury cars based on reliability to help you decide which premium vehicles are most worth the cost. Because these vehicles are often leased, we also looked at the average price of 3-year-old versions of these vehicles for buyers who want a luxury car without paying luxury prices. This guide examines sedans and sports cars, and those looking for the best luxury SUVs can look at our list of the most reliable luxury cars across all vehicle segments.

Not all luxury cars are created equal. To find the best luxury cars, iSeeCars analyzed over 13.8 million used cars to determine the cars with the best long-term reliability based on their ability to reach 200,000 miles. Of the longest-lasting cars, these are the most reliable luxury sedans.

Earning top honors for the best used luxury cars for sale is the compact Lexus IS 300. Along with its proven longevity that’s typical of Toyota’s luxury extension, the compact IS 300 is known for its premium materials and comfortable ride. It also has a perfect 5-star safety rating. It’s sportier sibling, the Lexus IS 350 earns the tenth spot on the list. The IS 300 base engine is a turbo four-cylinder, while all-wheel drive (AWD) variants have a V6. The Lexus IS 350 features a more powerful, 311-horsepower V6 engine. While these vehicles are among the least expensive new cars on the list, used Lexus IS vehicles provide tremendous value. A lightly-used Lexus IS 300 for sale can be found for an average price of $27,061 while a used IS 350 is $32,385.

Ranked second is the Audi S8, which earns the super luxury distinction as the performance variant of the Audi A8. It comes with a twin-turbo V8 with 563-horsepower and has features including standard wireless charging, a head-up display, and massaging front sport seats. Performance and opulence don’t come cheap, as shown by its average new car price of $144,342. The car’s steep depreciation makes it a relative bargain for used car buyers. You can find a 3-year used Audi S8 for sale for half of its new car price at $67,337.

Two Mercedes make the list: the third-ranked Mercedes-Benz S-Class and the fourth-ranked Mercedes-Benz E-Class. The S-Class super luxury car is dripping with high-end finishes and is one of the fanciest cars on the market. It includes 16-way power-adjustable front seats, a high-tech 12.3-inch digital infotainment system, a panoramic sunroof, and proximity keyless entry. Its entry trim includes a 469 horsepower twin-turbocharged V6 engine. You can find the midsize Mercedes E-Class for sale as a sedan, coupe, convertible or wagon and has an upscale interior and a smooth ride. It features a COMAND infotainment system, a 12.3-inch display, and safety features like rain-sensing wipers, brake assist, crosswind assist, and a pre-collision passenger protection system. While both of these cars are expensive for their respective vehicle segments, their rapid depreciation makes them attractive vehicles to purchase lightly used. An off-lease used Mercedes E-Class is $31,587, while a used Mercedes S-Class is $62,491. That’s more than half the price of their new car versions.

Ranked fifth is the Buick LaCrosse full-size sedan, which is the lowest-priced vehicle on the list. It has a perfect crash test safety rating, spacious seating and above-average fuel economy though it lacks the sophistication and luxury feel that is offered by its competitors. Because it was discontinued after the 2019 model year, new versions are hard to come by. However, you can find a three-year-old used Buick LaCrosse for sale for an average of  $22,947.

The compact Volvo S60 earns the sixth spot. It has a sophisticated cabin and a suite of standard and tech features. It is also available as a plug-in hybrid for those who want a more fuel efficient driving experience. It’s standard features include a moonroof, AppleCarPlay, Android Auto, and dual-zone automatic climate control. A used Volvo S60 is the most affordable car on the list with an average three-year-old used car price of $21,704.

Two BMW models make the list: the seventh-ranked midsize 5-Series and the eighth-ranked compact 3-Series. The 5-Series is among the best cars in its class thanks to its powerful engine, impressive fuel economy, and its smooth ride. It also comes loaded with standard safety and entertainment features. The 3-Series is among the top performing cars in its luxury small car class, and its sporty handling and comfortable seating make it a popular choice for those entering the luxury car market. It also comes with three powertrain options. The 5 Series carries an above average price for its class at $65,900, but a used BMW 5 Series can be found for a more reasonable price of $36,699. Meanwhile, you can find a lightly-used BMW 3 Series for sale for an average price of $22,921.

Rounding out the list is the ninth-ranked Cadillac CTS midsize sedan. It’s known for its comfortable drive quality, spacious front and rear seats, powerful engine options and standard equipment like its CUE infotainment system, an 8-inch touch screen, a Wi-Fi hot spot, and a Teen Driver safety setting. Like the other American luxury car on the list, it was discontinued after the 2019 model year. A 3-year-old used Cadillac CTS can be found for $27,395.

If performance is as important to you as high-end finishes, a luxury used sports car might be the vehicle for you. While these vehicles aren’t often used as daily drivers and aren’t known for their longevity, we picked the longest-lasting ones should reliability be a foremost concern.

Audi earns the top two spots with the first-ranked Audi S8, which we examined above, and the second-ranked Audi TT. The Audi TT is reasonably priced for its class and offers the sporty driving dynamics that make Audi a popular choice for those looking for a fun-to-drive sports car. Its base trim comes with a 228-horsepower turbo 2.0 liter four-cylinder engine, while the top trim tops out with a 2.5-liter turbocharged 394-horsepower five-cylinder engine with 354 pound-feet of torque. A new version cost an average of $55,726, while a 3-year-old used Audi TT for sale costs an average of $34,237.

Two performance-oriented BMWs make the list: the third-ranked BMW M5 and the fourth-ranked i8.  The M5 is the performance variant of the BMW 5 Series and includes a V8 engine that produces 600 horsepower and comes standard with AWD. The BMW i8 is the only plug-in hybrid sports car available, which earns it a spot on the list. Sadly, it was discontinued after the 2020 model year. A new BMW M5 costs well into the six-figure range, but a used BMW M5 for sale  can be found for half the price of a new version.

Earning the fifth spot on the list is the Mercedes-Benz AMG GT. The base trim comes with a 3.0-liter turbocharged inline-six that produces 429-horsepower. Other trims feature a V8 that goes up to 630 horsepower. It’s highest performance model can do zero to 60 mph in under four seconds. This powerful vehicle also made our best muscle cars list. A new AMG GT costs an average of $140,565, but a three-year-old used Mercedes AMG GT can be found for half the price.

The Tesla Model S has not been around long enough to display long-term reliability, but it deserves recognition based on its performance. While it may not have the high-end cabin of its luxury counterparts, it makes up for it with its performance and tech.  Used models were once scarce, but you can now commonly find a deal on a three-year-old used Tesla Model S for an average price of $61,985.

Luxury cars have many selling points, but they are also not known as cars that hold their value. As such, they depreciate about as quickly as they accelerate. While we outlined the used car price of three-year-old versions of these vehicles. Even older models can present even bigger bargains.

If you enjoy the finer things in life, you may be willing to pay the extra price for a luxury vehicle. Or, you can consider a more budget-friendly used model that can provide you with all the features and comforts at a fraction of the price. Whichever you choose, a reliable luxury vehicle will allow you to get the most out of your purchase.

If you’re interested in a new or used luxury car, be sure to check out iSeeCars’ award-winning car search engine. It uses advanced algorithms to help shoppers find the best car deals and provides key insights and valuable resources, like the iSeeCars VIN check report. Filter by make, model, and special features to find your next luxury vehicle.