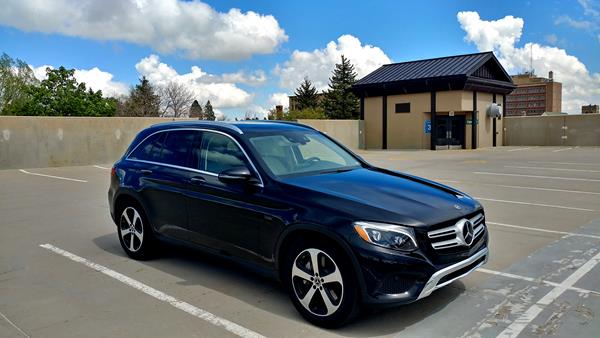 The Mercedes-Benz GLC-Class was introduced in 2016 as the German automaker's entry into the luxury small crossover class. The GLC quickly set the standard for the segment, offering huge amounts of luxury, great looks, and solid driveability. The 2019 GLC comes with a lot of standard equipment, plenty of options beyond that, and lots of comfort.

The 2019 Mercedes-Benz GLC comes in four basic flavors, each differentiated by a powertrain choice. There is the base model 300, the AMG-upgraded 43, the super-tuned AMG 63, and the plug-in hybrid 350e. Most of these iterations can be had in the standard or the slightly smaller Coupe model.

The 2019 GLC-Class is a small luxury crossover that seats up to five. There are several packages and options for upgrade once a trim level (powertrain) has been chosen. In all but the base model, all-wheel drive ("4Matic") is standard.


What We Love About the 2019 Mercedes-Benz GLC: 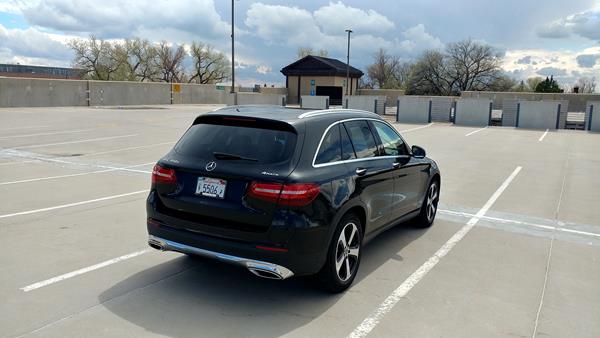 The 2019 GLC-Class has a great look that exudes both luxury and class while promising sportiness and flair. The Coupe models may take some getting used to for some, though, but the overall design of the GLC is very well done.

The hood is low, aggressive, and sloped inward for a combination sports car and SUV appearance. The cascading grille, strong lines on the hood, and wide lower intake complete that appealing look. Large wheels and wells balance the boxiness of the GLC's inherent design as a crossover while a rounded greenhouse line uses the rear pillar to give the roof a slope without actually sloping it much, preserving back seat space in the standard model. The Coupe's roofline follows that curve instead, giving it the fastback appearance.

Strong, but not overbearing edges and short overhangs finish the sportiness of the GLC. It's a very good looking and well-balanced vehicle in both iterations. 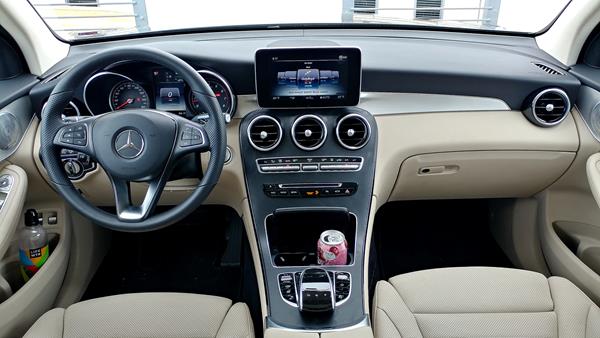 Were it not for the Coupe model, the 2019 GLC-Class would receive top marks for its interior. The lack of rear seat headroom in the Coupe and the impinged cargo space of both that and the PHEV model required us to detract from its overall score here.

That said, though, the 2019 Mercedes-Benz GLC-Class has a very well-done interior for luxury and comfort. Front seating is well above par with a well-cushioned feel and bolster. Even with spirited driving, the interior remains calm and quiet and comforting.

Controls layout is typical Mercedes, but the company has done away with the "secret dongle" for cruise control, putting it on the steering wheel where it should be. The plug-in hybrid model has an odd placement for the recharge port (rear bumper), but otherwise retains the ergonomics of the GLC line.

The rear seats are very good in the standard models (including the PHEV), but get pinched for headroom in the aggressive roofline of the Coupe model. Two adults are comfortable back there in most models, but three across is a bit tight as this is a small crossover, not a large one.

The rear cargo space in the 2019 GLC is very good in the standard model with plenty of room, a good loading height, and smart touches. The plug-in model loses some of that with a higher load floor and less room, thanks to the batteries and plug storage above the spare. The Coupe model dispenses with cargo usefulness almost entirely by cutting down the roofline for style.

The Mercedes-Benz GLC features Mercedes-Benz's new 8.4-inch touchscreen that combines with a COMAND knob for control. The integration is pretty good for smartphones, though the Mercedes-specific app leaves a lot to be desired in terms of capability. Sadly, that's generally all that's left if upgrades to safety and tech are made, which often nix Android Auto and Apple CarPlay.

The next-generation MBUX system from Mercedes is far superior to this current COMAND system. The GLC would benefit greatly from an upgrade to that. 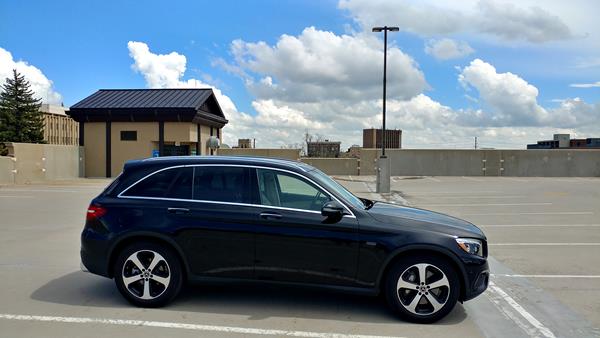 The 2019 Mercedes-Benz GLC varies in fuel economy according to trim level (powertrain choice) and body style (standard or Coupe). Fuel economy is generally the same between the two body styles, though the Coupe can have slightly higher highway returns in some cases.

The plug-in hybrid Mercedes-Benz GLC350e is EPA-rated at 56 MPGe and 25 mpg combined when running on gasoline only. Our real-world return after a week of daily driving (and charging) was 47 mpg overall.

The 2019 GLC-Class has received a "Better Than Most" rating from the J.D. Power and Associates Vehicle Dependability Study. No recalls for mechanical issues have been made for the GLC and Mercedes' warranty for the crossover is better than average for the segment.

The 2019 Mercedes-Benz GLC has not been crash-tested by the National Highway Traffic Safety Administration (NHTSA), but has received testing from the Insurance Institute for Highway Safety (IIHS).

The GLC did very well on those IIHS tests, receiving top marks of "Good" on all crash test scores. The GLC also received scoring of "Good" and "Superior" on the IIHS' headlight and front crash prevention tests (respectively). Setting the luxury crossover up for a Top Safety Pick+ award. 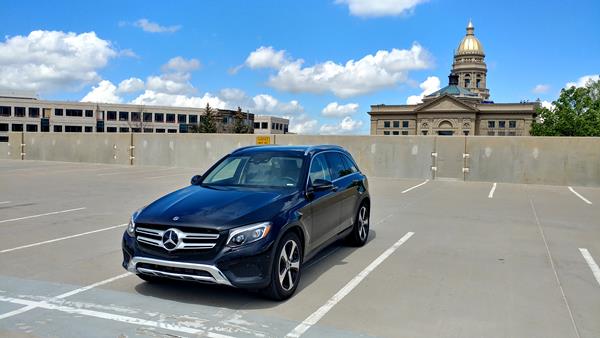 No matter the engine/powertrain choice in the 2019 Mercedes-Benz GLC, there's good performance to be had. The GLC comes standard with a 2.0-liter turbocharged four-cylinder engine that outputs 241 horsepower. That's plenty of umph for the size of this small luxury crossover.

Going to the GLC43 ups the engine to a V6 outputting 362 horses and the GLC63 goes to a 503-horsepower (469 hp for the Coupe) monster that's truly overdone for a vehicle this size. A nine-speed automatic is standard in all iterations of the GLC except the plug-in.

The plug-in hybrid (PHEV) model of the GLC combines the 2.0L engine with an electric motor and batteries and a seven-speed automatic transmission. This outputs a total of 315 horsepower and includes roughly 15 miles of all-electric range.

No matter the powertrain, the 2019 GLC delivers good road presence, an easy drive quality, and excellent performance metrics for the class. It feels confident, drives comfortably, and is very maneuverable. It sets the bar for the segment.

The 2019 Mercedes-Benz GLC is expensive, clearly, but that expense comes with some big luxury and standard equipment. The base model GLC 300 is better equipped than all comparable models on the market, justifying its higher price point. Many upgrades are available.

The sport models tend to retain resale better than the base model, but the GLC, as with most luxury vehicles, has an abysmal resale value. Those expecting to see good resale later will be disappointed.

That said, though, the excellent looks, quality luxury, and strong appeal of the GLC coupled with its good fuel economy returns should be enough to justify its purchase for those shopping in the luxury markets. 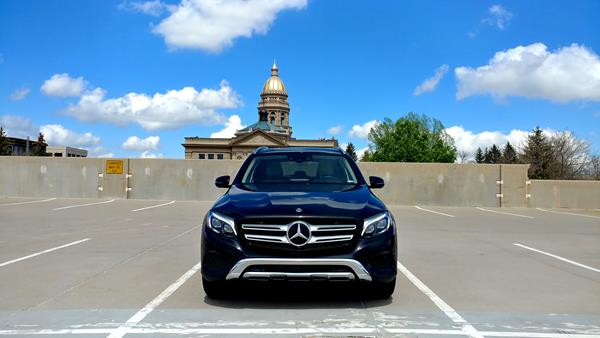 There are a lot of great choices in the small luxury crossover segment and the GLC compares to all of them well. The Audi Q5 and Acura RDX both set the sportiness standard while the BMW X3 is the most well-rounded of the bunch. The Jaguar F-Pace rivals the Mercedes-Benz GLC for luxuriousness. Yet none off the same mixture of excellence that's found in the GLC-Class.

The 2019 Mercedes-Benz GLC offers something for every need in the luxury segment. It's got good value, strong engine options, and a plug-in for the fuel weary. The GLC-Class is one of the best luxury lineups on the 2019 market.