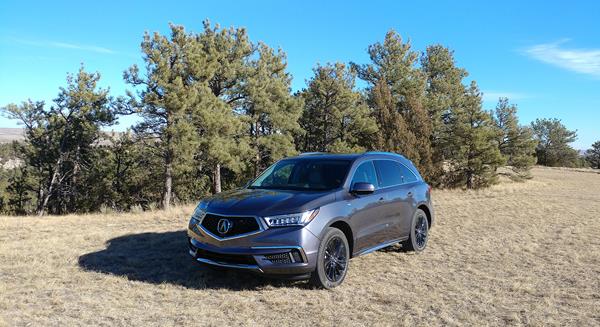 The 2018 Acura MDX carries on with design changes made a couple of years ago and holds the same appeal it has since its inception as a luxury three-row crossover. It's still stylish, easy on fuel usage, drives well and holds its entry-level luxury value.

For 2018, Acura added an updated infotainment system and more standard features to improve the MDX's value quotient among newer rivals entering the market. Add in the already well-done interior design and the fuel-sipping Sport Hybrid option, and the MDX remains a fast seller for a reason.

The 2018 Acura MDX is a three-row luxury sport utility that seats up to seven. It comes in three trim levels, starting with Standard and moving through Technology and Advance. The Sport Hybrid model can be had in either the Technology or Advance packages. 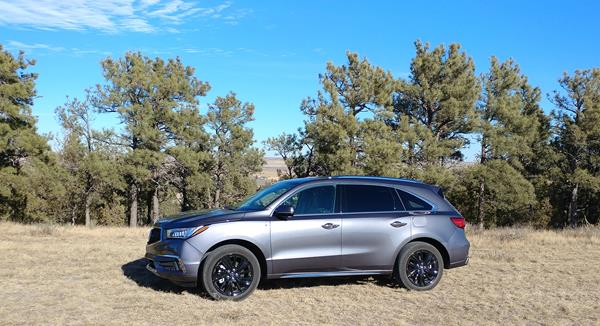 On the outside, the 2018 MDX is a great-looking sport utility with strong presence and lots of curb appeal. The MDX's look may be a bit dated, but it's not lacking for a timeless quality that will keep it fresh for years.

The pointed front nose is centered by a large Acura plate, underneath which a dark mesh grille in a diamond shape turns slightly upward toward wide, narrowed headlamps. The front bumper has an edge to it that creates a slight lip over the lower intake and foglamp bezels.

The hood flows upward to the windscreen at a shallow taper with curved lines edging either end well in from the fenders. The body sides of the 2018 MDX are luxuriously simple with understated bone lines creating the curve and a thicker cut at bottom for the running board line, which runs almost to the rear fender.

A light curve to the lower window line and a heavier one up above along the roof gives the greenhouse a slightly rounded look. This ends in a wide rear pillar made so by the integration of the spoiler in a seamless attachment.

The 2018 Acura MDX's overall look is one of luxury and excellence. The MDX's design is almost universally appealing. 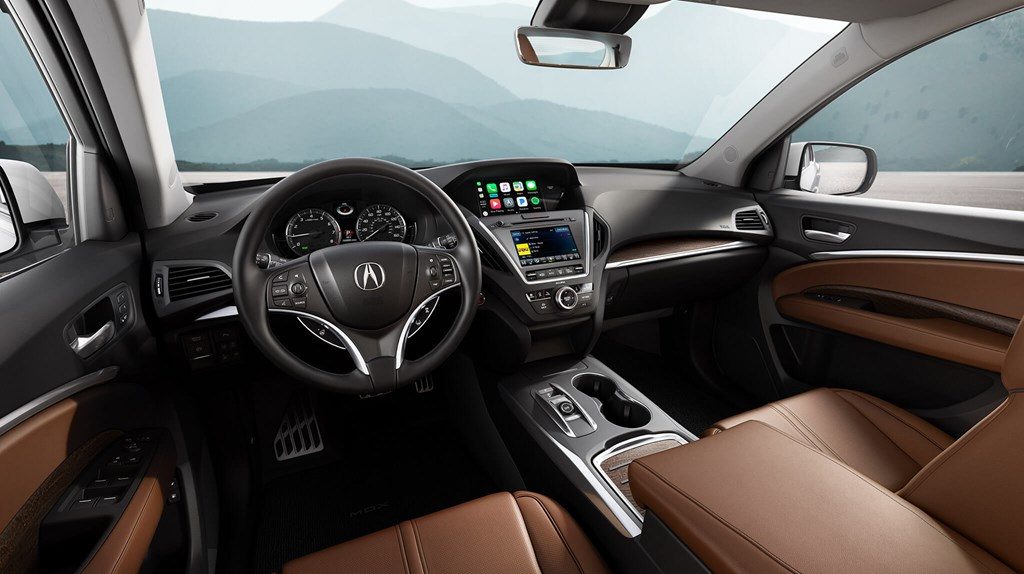 The 2018 MDX's interior is well done and bring lots of passenger space and versatility to the show. There are more practical options in some markets, but for a luxury SUV, Acura does very well with its design. In the standard models, the 2018 MDX seats seven, with a second-row bench and a two-seat third row. In the Advance models, the middle-row bench is replaced with two captain's chairs, dropping seating capacity to six.

Front seating for the driver and passenger is excellent. There are a lot of adjustment options and good bolstering that doesn't impede on freedom of movement. The driver's controls are a bit wonky at first, mostly due to the push-button gear selection setup, but that eventually becomes habit. We're not sure why Honda switched to this system, as it doesn't free up any console space like a dial-based shifter would. Our only guess is that it's a strange homage to the American Motor Cars Rambler push-button transmission of the 1960s.

Losing a seat in the MDX is not likely a concern for most buyers, as six is more than enough seating. The second-row captain's chairs bring a lot to the game, adding more comfort and easier third-row access. Access to the second row is provided by wide-opening rear doors, with plenty of space for getting in and out. 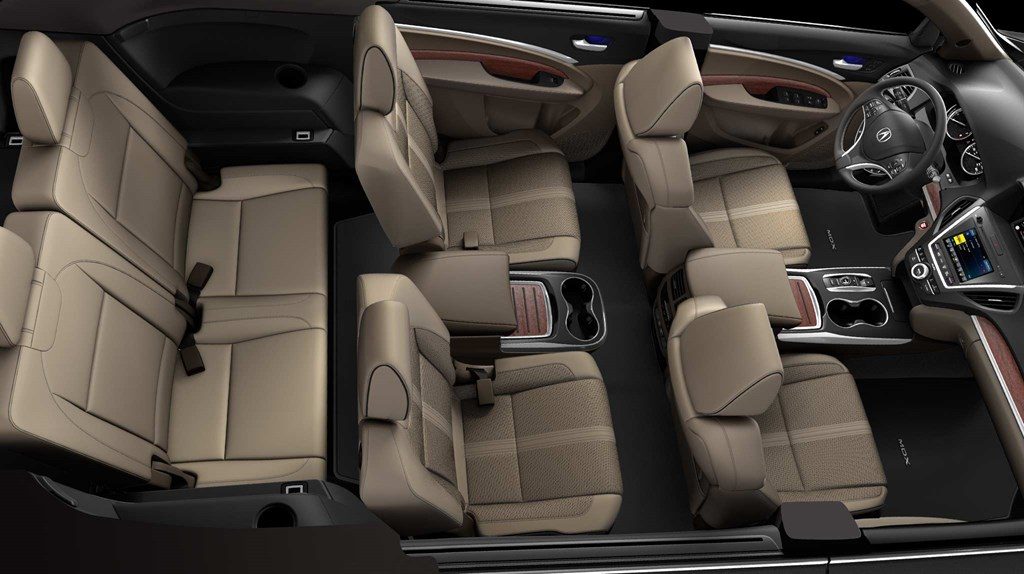 Intended mainly for children and emergencies, the third row is small and cramped. This is the norm in smaller SUV segments. The third-row option in some more square-shaped utilities is more accommodating, but we found the MDX's third row to be useful for separating children and to make everyone more comfortable by utilizing more passenger space so kids can spread out on longer trips.

The split-fold seating is also a boon for getting stuff in and out of the 2018 MDX. Versatile passenger and cargo options are one of the selling points of crossovers, and the MDX has everything one could ask for. Cargo space is limited compared to many rivals, especially with the rounded rear hatch opening and the higher loading floor, but most MDX owners will likely find it useful enough for common needs. The second row captain's chairs mean no level loading floor past the third row, but they fold down well enough for most uses.

Android Auto and Apple CarPlay are standard in the Acura MDX now, and most of the learning curve with the infotainment involves learning which screen is in control of what functions. For the most part, the larger upper screen is the entertainment section of the infotainment system, offering the radio tuning controls and navigation. The lower screen is more about vehicle information, climate controls and the like.

Once learned, the infotainment in the Acura MDX becomes easy to understand and use. Responses are fast and output is crisp. Acura managed to position the screens so that glare is generally minimal in all but the most direct sunlight (as it comes through either side window). 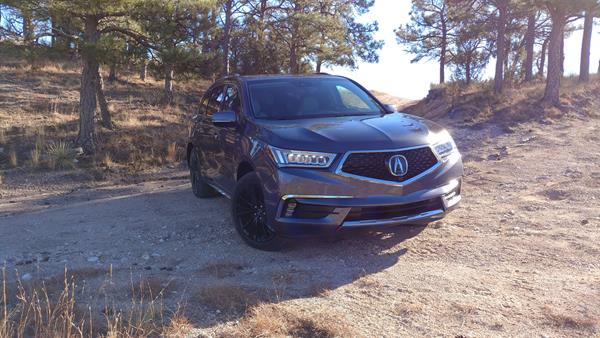 The standard V6 engine in the 2018 Acura MDX offers 20 mpg in the city and 27 mpg on the highway, per the EPA. That makes the MDX one of the most fuel efficient offerings in the segment. All-wheel drive drops those numbers to 19 and 26, which are still great for luxury SUV segments.

The MDX Hybrid is mainly aimed at improved in-town mileage, offering an EPA-estimated 26 mpg in the city and 27 mpg on the highway. That's still nearly best-in-class when compared to standard gasoline rivals, but some hybrid offerings are better in both city and highway mpg returns.

In the real world, we saw close to the EPA's numbers in an AWD V6-powered 2018 Acura MDX, with a week-long average of about 24 mpg overall. Last year, our test of the MDX Hybrid resulted in mixed returns with a total average of about the same, though there were some weather-related differences between the two test periods, with the hybrid enduring much more wintry conditions.

There aren't many reliability numbers to go from for the 2018 MDX, which is mechanically identical to the 2017 model year. For 2017, the J.D. Power and Associates Vehicle Dependability Study ranked the MDX as "About Average" for expected and reported reliability.

With a host of standard safety equipment, we'd expect the Acura MDX to do well in crash testing. And we'd be right. The 2018 model received a 5-Star overall rating from the National Highway Traffic Safety Administration (NHTSA) with a top-most five stars each for frontal and side crash tests, and four stars for rollover results.

The Insurance Institute for Highway Safety (IIHS) likewise gave the 2018 MDX excellent scores, with top results of "Good" across the board in crash tests. 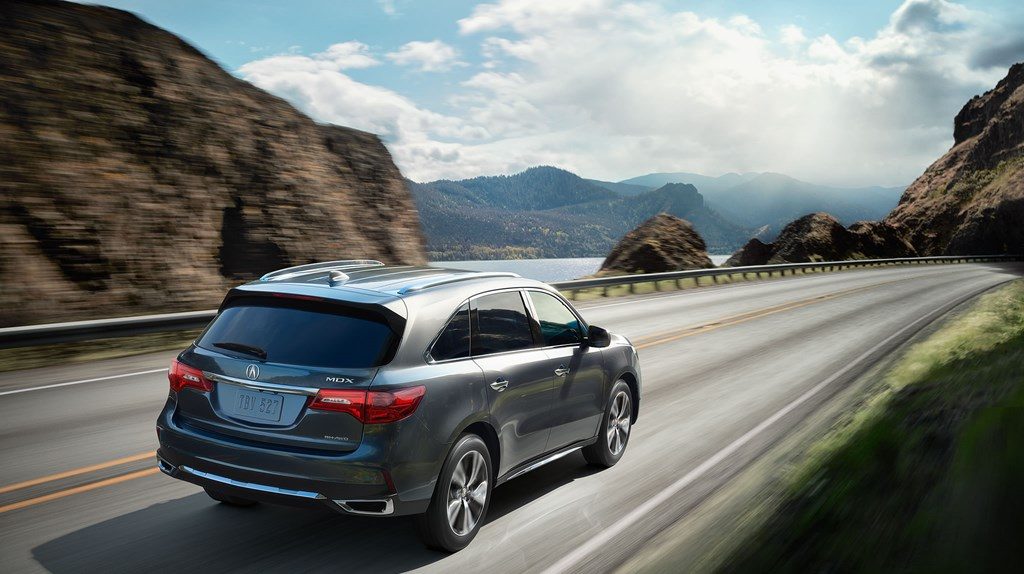 The 2018 MDX is powered by a 3.5-liter V6 engine that outputs 290 horsepower through a nine-speed automatic transmission. This engine does very well for the MDX, giving it plenty of power and a nice range of muscle throughout the speedometer's measures. With its excellent fuel efficiency, Acura hit on a winner with this engine. Both front-wheel and all-wheel drive are available in the standard gasoline Acura MDX.

Where it doesn't do so well is with the transmission. The nine-speed loves to shift and it does so often, sometimes to the detriment of the acceleration or push to pass that might be in the offing. Sometimes it feels a bit clunky as well, mostly when under strain, such as on freeway onramp pushes and in high crosswinds or on a heavy hill. The back-and-forth shifting can lead the driver to force manual mode to avoid it.

These roles reverse in the Sport Hybrid model, which is powered by a 3.0-liter V6 and three electric motors, producing 321 horsepower altogether in AWD (standard). The seven-speed dual-clutch transmission is very light on shifting feel and fast to move through gears as needed without being a pest. It's smooth and quick with the movements. Sadly, the extra weight of the hybrid system add-ons and the less adept power output of the MDX Sport Hybrid erase that goodness with lackluster acceleration (especially at speed in order to pass) and a lot less fuel economy than might be expected as a payoff.

Outside of the drivetrain, the Acura MDX does very well. Handling is superb with smooth movements and a lot of confidence-building appeal. Maneuvering around town and in parking lots is also excellent, thanks to good visibility and a well-tuned suspension.

Overall the 2018 Acura MDX's performance is good for the class, but not the best. Most drivers will not feel cheated by the MDX's low points and some may not notice them at all.

Value in the 2018 Acura MDX is a mixed bag, depending on your needs. The overall price is pretty good for the segment, especially in the two lower trims of the standard gasoline option. Resale is also somewhat higher than average for the segment, as is true with most Honda vehicles.

The Sport Hybrid loses much of its resale retention and gains a heftier price tag, thanks to its more expensive drivetrain. We would still recommend it in areas where a lot more city driving is going to be the norm and for those who want to feel more confident in their drive's capabilities when out and about.

The good news for Acura buyers this year is that sales have slowed compared to last year, so dealers are more likely to be giving incentives to attract buyers. Especially with newer, more edgy competitors entering the marketplace. 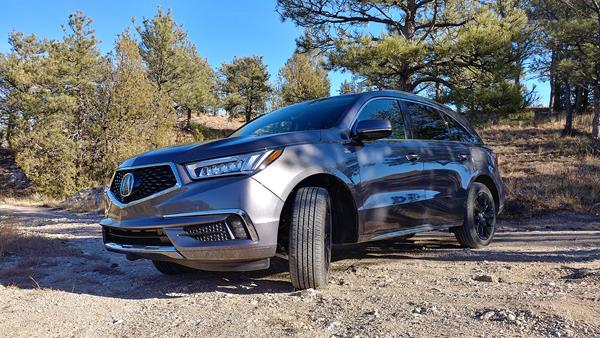 The 2018 Acura MDX is not without rivals in the luxury sport utility market. The 2018 Volvo XC90 is a long-time favorite in the segment since its introduction a couple of years ago and a strong competitor that's well worth cross-comparing.

The Audi Q7 is another good choice for the sports SUV buyer. It's more sport-tuned with a stronger power bent than the Acura, but generally costs more. The BMW X5 is a strong contender with a lot of excellence as a well-rounded offering. Also of note is the new Jaguar F-Pace, though a little more uncertain.

Against the Sport Hybrid model, we'd definitely recommend comparing the Lexus RX Hybrid and the Infiniti QX60 Hybrid. The Lexus model offers more bang for the buck, but the more expensive Infiniti offers a lot of luxurious excellence.

Against all of these, the 2018 Acura MDX holds its own as a strong luxury offering in the three-row segment. We recommend keeping it on your short list.