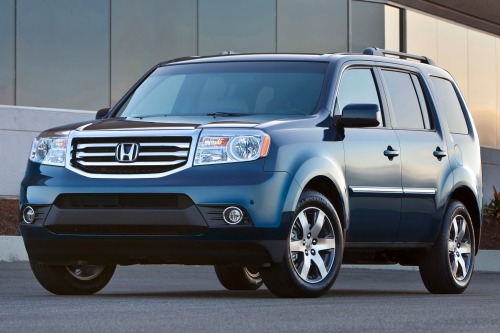 Have you always wanted to own an SUV but held yourself back because of the price tag? Luckily for you, a quality reliable SUV can be found even if you’re on a tight budget. In fact, there are a number of durable SUVs that can be found for $15,000 or less.

So how can you find these quality SUVs while sticking to your strict budget? We’ve done the legwork for you and put together a list of the longest-lasting used SUVs for sale under $15,000. If you have a slightly higher budget, be sure to check out our guide of the Best Used SUVs under $20,000.

The used SUVs making the list are between seven- and nine-years-old and rank highly on the iSeeCars analysis of the longest-lasting cars most likely to reach 200,000 miles. Based on average annual mileage estimates, these used SUVs are the most likely to last for at least 15 years, which means that they still have a lot of life remaining with the right maintenance and care.

The longest-lasting used SUV for under $15,000 is the 2011 Ford Expedition full-size SUV, which provides seating for up to eight passengers. It has a powerful V8 engine and comes standard with cruise control, a six speaker stereo, and auxiliary input. A third row of seating is available on higher trim levels as well as an infotainment system and satellite radio. Models with a third row of seating allow the rear seats to fold easily to expand its cargo space. It offers good fuel economy for its class, at 17 city miles and 24 highway miles per gallon. As reference, the larger Chevrolet Suburban gets 15 city and 22 highway mpg.

Joining the Expedition is the 2013 Ford Explorer, which offers seating for seven passengers in its standard configuration. It is praised for its handling and handsome cabin design. It comes standard with a 290-horsepower V6 engine, while a 240-horsepower, four-cylinder turbocharged engine with EcoBoost is available on higher trims to improve its fuel economy.

Ranked second is the 2011 Honda Pilot midsize SUV, which is a spacious three-row crossover SUV that has the family-friendly features of a minivan. It boasts a spacious third row that can even accommodate adults and is available with either front-wheel drive or all-wheel-drive (AWD). It’s luxury equivalent, the 2011 Acura MDX also makes the list.

The  Toyota Highlander ranks fourth and offers three rows of seating with a third row that provides more space than average for the class.It also has perfect safety scores and a below average ownership cost for the segment. A 2013 Toyota Highlander for sale costs an average of $16,640.

An American midsize SUV, the Dodge Durango, ranks fifth. The midsize Durango provides three rows of comfortable seating with ample cargo and passenger room. It comes with two powertrain options: a V6 engine or a powerful V8 for those who desire a more brawny family hauler. A 2011 used Dodge Durango can be found for an average price of $12,292.

The full-size 2011 Nissan Armada ranks seventh. The Armada comes standard with seating for seven passengers with bucket seats in the second row, while a bench seat is available to accommodate up to eight passengers. It comes standard with dual-zone climate control and Bluetooth connectivity and has available features including a backup camera, sunroof, a power liftgate, and power folding rear seats.

The Hyundai Santa Fe for the 2013 model year ranks eighth. Praised for its practicality, it is among the best-rated midsize SUVs in its class and is available with both two- and three-rows of seating. The base Santa Fe has a 190 horsepower four-cylinder engine, while Sport trims have a 264-horsepower, turbocharged four-cylinder engine. All versions come standard with a six-speed automatic transmission.  A used Hyundai Santa Fe from 2013 costs an average of $13,031.

Rounding out the list is the 2011 Jeep Grand Cherokee, which is praised for its exterior styling and interior refinement. It comes standard with a V6 engine, and powerful V8s are available on higher trims.  Completely redesigned for the 2011 model year, base trims come standard with dual-zone climate control and a telescoping steering wheel while higher trims offer adaptive cruise control, a heated steering wheel, and blind-spot monitoring. It also has off-road capabilities like air lift suspension. A 2011 Jeep Grand Cherokee for sale costs an average of $12,604

Ranked twelfth is the 2013 Subaru Outback. While the vehicle is classified as a wagon and bears resemblance to a hatchback, it offers standard all-wheel drive and cargo space typical of a compact SUV. It comes standard with a six-speed manual transmission while a CVT and a five-speed automatic are available in higher trims. It also has comfortable front seats and rear seats. A 2013 used Subaru Outback costs an average of $12,511.

When it comes to buying a used car under $15,000, a used SUV with high reliability ratings saves you a great deal of money compared to a brand new car. When buying a used vehicle, be sure to always get a vehicle history report such as Carfax or Autocheck and have it inspected by a trusted mechanic along with taking a test drive. Be sure to refer to the iSeeCars VIN Check report that provides you with all the information you need to decide if you are making a smart car buying decision.

If you’re interested in a new car or a used car, be sure to check out iSeeCars’ award-winning car search engine. It uses advanced algorithms to help shoppers find the best car deals across all used SUVs from subcompact to full-size and provides key insights and valuable resources, like the iSeeCars VIN check report. Filter by make, model, price, and special features to find the best deal on your next vehicle.