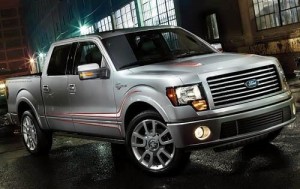 A pickup truck doesn’t generally spring to mind when thinking about family vehicles. Maybe it should. With the many trims, bed size and other configurations, some pickups rival large sedans in terms of interior space and comfort – not to mention standard and optional features.

In addition, trucks offer certain towing and hauling capabilities that may prove useful for family excursions, including day trips and vacations. That, and trucks also serve double duty for work purposes. In short, trucks can be good family vehicles. With that in mind, here are 10 we consider the best used pickup trucks for families. 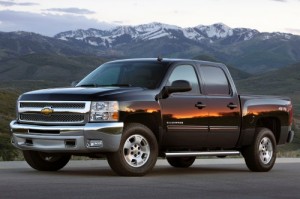 2011-2013 Chevrolet Silverado 1500 – Now fully redesigned for the 2014 model year, the 2011-2013 Chevrolet Silverado 1500 full-size pickup truck may make better sense for families looking for affordable, reliable, comfortable and roomy transportation. Go for the Extended Cab or Crew Cab models for maximum passenger space and cargo flexibility. With a number of different trims and bed sizes, not to mention engines, and two- or four-wheel drive, the Chevy Silverado is quite the bargain – if a bit long in the tooth style-wise. Prices range from around $13,885 to the vicinity of $43,200. 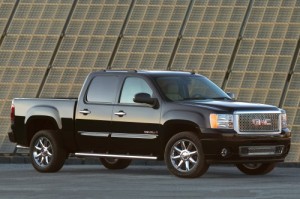 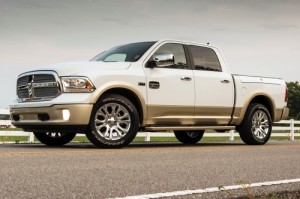 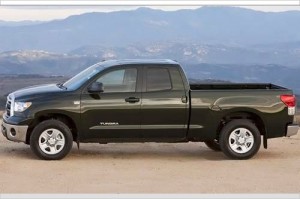 2011-2012 Toyota Tundra – In either CrewMax or Double Cab, the 2011-2012 Toyota Tundra full-size pickups offer families the kind of roomy, comfortable transportation they want and the flexibility of being able to tow a boat or trailer – and haul heavy loads. Double Cab models have a back seat that’s adult-friendly and front-hinged doors that make back seat access easy. Light steering makes the Tundra easy to drive and the ride is satisfying. Prices range from around $17,900 to $35,000. 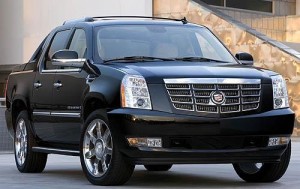 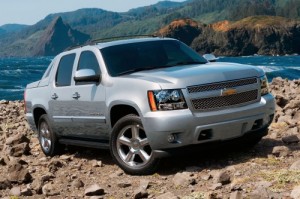 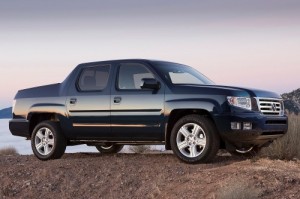 2012-2013 Honda Ridgeline – The four-door crew-cab pickup truck from Honda, the 2012-2013 Ridgeline, makes a lot of sense for some families. With a hidden trunk in the cargo bed that doubles as a cooler, a dent-proof bedliner, four-wheel independent suspension, trailer hitch and maximum 5,000-pound towing capacity, the Ridgeline can accommodate the family and meet needs for light hauling/towing. The 2012-2013 Ridgeline is quiet, comfortable and seats five. Prices range from $23,500 (for Ridgeline RT) to $31,999 (for Ridgeline RTL) 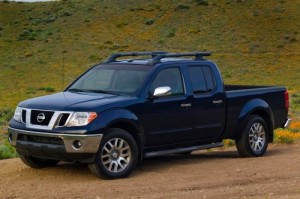 2011-2012 Nissan Frontier – A compact pickup, the 2011-2012 Nissan Frontier has pluses that should appeal to families, including quite nimble handling, comfortable front seats, strong V6 engine and easy-to-use cabin controls. The Crew Cab has front-hinged rear doors that open to a back seat wide enough to carry three adults. Prices range from $17,000 to $24,988. 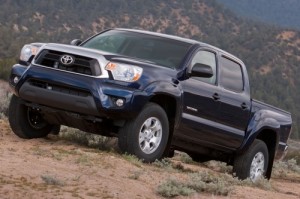 2012 Toyota Tacoma – Another compact pickup, the 2012 Toyota Tacoma is the final entry on this list of 10 best used pickup trucks for families. Better-than-average reliability is a huge bonus for a used pickup, and the Tacoma is known for this. Refreshed styling inside and out, the addition of Toyota’s Entune in-car electronics to the options list, and, like all the other trucks on the list, two- or four-wheel drive, Double Cab (a crew cab with four full-size doors) and Access Cab, the 2012 Toyota Tundra deserves to be on your consideration list. Prices for Double Cab (a family choice for maximum room/comfort) range from about $24,424 to $30,500.

» Branded Title - What Is It?
» Crossover Vs. SUV: What’s the Difference?
» 10 Best Used Car Websites
» How Many Miles Should A Used Car Have?
» AutoCheck Vs Carfax: Which is Best?
» Leasing vs Buying: Which is Better?
» Costco Auto Program for Car Buying- Will it Save You Money?
» What to Look for When Buying a Used Car
» How to Buy a Used Car: A Definitive Guide
» The 5 Most Overlooked Car Maintenance Tips That Can Save You Money
» How To Test Drive A Used Car: Video and Checklist
» iSeeCars.com 2018 Scholarship Winner Disrupts College Admissions
» More Funny Comics About Cars, Driving and Dealerships
» Free Vin Report Tool Takes Guesswork Out of Used Car Buying
» 15 Fastest Cars Under $300k
» Worst First Cars For Teens
» Top 10 Used Audi Models
» Bad News Balds: 10 Reasons Not to Drive on Bald Tires This Winter
» Top 8 Used AWD Station Wagons
» Top 10 Used Vehicles for Big Families