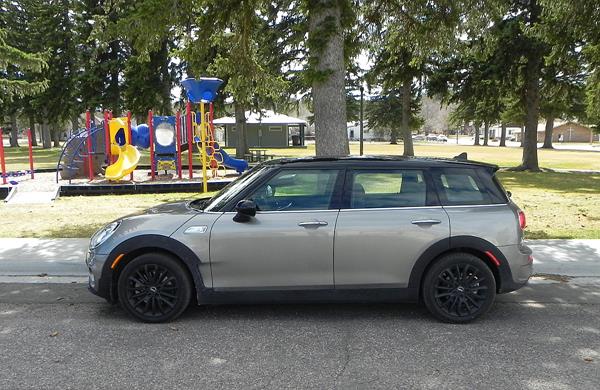 Overview (Final Score: C)
The MINI Cooper is an icon of British motoring that still plies the roads today, although in a more modern form and under a German nameplate. The 2016 MINI Cooper Clubman has been completely redesigned from its preceding generation, becoming much bigger as a result. The new Clubman is a full ten inches longer and three inches wider than the MINI Cooper coupe, so the design is now well beyond the limo stretch that marked the Clubman model before.

This added girth means a lot more interior space, particularly in the back seats, and better handling for the added length. Sadly, the engines are still a bit underpowered, carrying over straight off of the Cooper coupe.

On the other hand, this more practical MINI still retains the brand's unique styling, fun factor, and quirky attitude. For that, and for those which love that, only a MINI will do.


What We Loved About the 2016 BMW MINI Cooper Clubman


What We Didn't Love About the 2016 BMW MINI Cooper Clubman 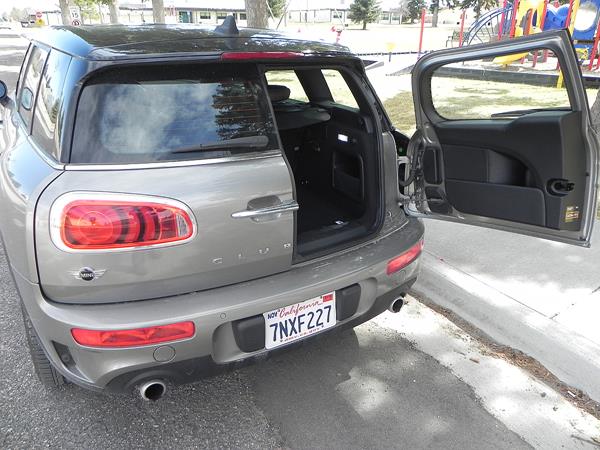 Exterior View (8/10 relative to market)
The BMW MINI is definitely unique. The MINI has a lot of British history to it and the current rendition, revived by BMW several years ago, has been popular among enthusiasts. The MINI Cooper carries itself with a style that is immediately recognizable. He rounded, short hood with its huge round headlights and grinning grille is a hallmark of the MINI from its early days. The raked, rounded windscreen is a German addition while the flat, but tapering roofline and rounded body panels are also throwbacks to the car's early years.

The MINI is heavy on the front end, denoting its front-wheel drive status, and quickly clipped off at the rear. The square-ish greenhouse and quirky feel of the car are all carried in the four-door Clubman edition, which also features a unique double-door rear gate. The S and John Cooper Works models add a few sport flairs and racing heritage homages to the mix.

The look is polarizing, immediately identifiable, and somehow appealing. 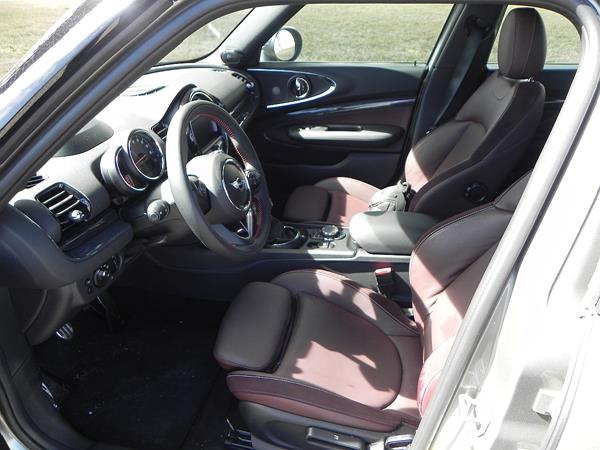 Interior Comfort, Quality, Ergonomics (8/10)
From the front seats, the 2016 MINI Cooper Clubman isn't much different from its hatchback coupe sibling. The controls layout, seating, and roominess are all about the same. With an exception: things are a bit more spread out and feel less cramped thanks to the slightly wider stance of the Clubman model. Accoutrements and materials quality, both of which are of quality, are also the same, though seem a bit more refined in the Clubman - most likely thanks again to the wider spacing. The uniquely functional round air vents are gone, but the aircraft switches and well-bolstered seating are still good things inside the MINI Clubman.

The rear seating is where big changes have happened. The stretched four-door Clubman model has back seats capable of carrying full adults and the extra doors to make getting in and out of them realistic for daily use. Small families with children will appreciate the low doors and easy access the rear seating in the MINI Clubman gives to children.

One downer is the cargo space, however, which isn't very large compared to some in this five-door segment, standing at 17.5 cubic feet. The unique outward-swinging double doors are fun, but not always practical. They require a heavy hand to slam shut as well. The flat floor is great, but the swinging doors and low roof make loading anything bulky unlikely. Even a bicycle would be tough to stuff inside a MINI Clubman. Cargo is expanded a bit with the split-fold rear seats down, getting up to 48 cubic feet or so.

All told, though, the quality and feel of the 2016 BMW MINI Cooper Clubman's interior is good and comfort is excellent in four of the five seating positions. 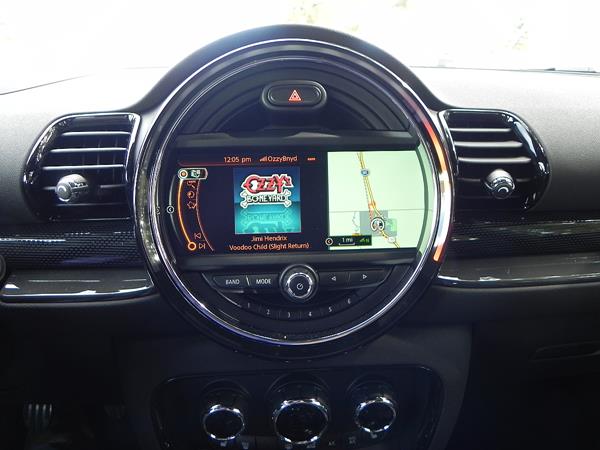 Technology (9/10)
The tech inside the 2016 MINI Cooper Clubman model centers on the Mini Connected infotainment system with a 6.5-inch display on the console. An upgrade takes that display to 8 inches and adds navigation.

Both are branded versions of BMW's iDrive interface, which works very well. The menu system can be a bit deliberate, however, and may have a bit of a learning curve as users figure out where things might be in those menus. For the most part, though, it's an easy system to master and is made even more so by the command knob below the shifter.

The upgraded 2.0-liter engine returns even poorer fuel economy at 27 mpg combined (24 city, 34 highway) with the automatic transmission. The manual dips down to 26 mpg combined (22/32).

In the real world, a MINI with the 2.0-liter engine and manual transmission achieved 22 mpg all told after over 300 miles of driving. 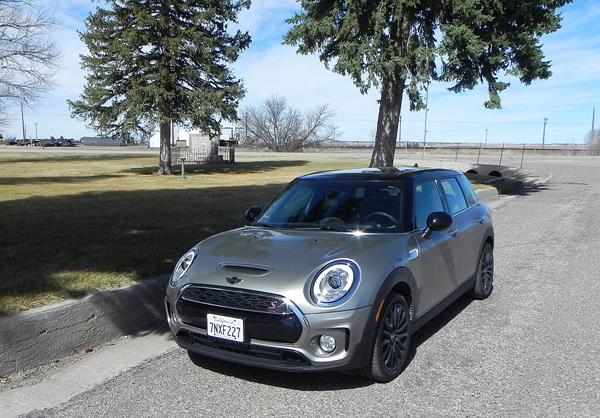 Predicted Reliability, Initial Quality Ratings (6/10)
The 2016 BMW MINI Cooper Clubman has a J.D. Power and Associates Vehicle Dependability Study rating of almost "About Average." That coupled with BMW's history of only average reliability ratings and the MINI's scores of the same prompts us to keep the scoring low on this count.

There have been no recalls associated with the 2016 Clubman and the car comes with a four year warranty.


Safety (7/10)
Because the 2016 MINI Clubman is a completely redesigned model, we cannot use the vehicle's history as an indicator of what safety might be once it is crash tested. As it is, results from crash tests from either the Insurance Institute for Highway Safety (IIHS) and the National Highway Traffic Safety Administration (NHTSA) have not been published.

Standard safety equipment in the 2016 BMW MINI Clubman is good, but not stellar for a premium vehicle. Optional equipment doesn't much in the way of advanced radar upgrades, though forward collision mitigation is available. 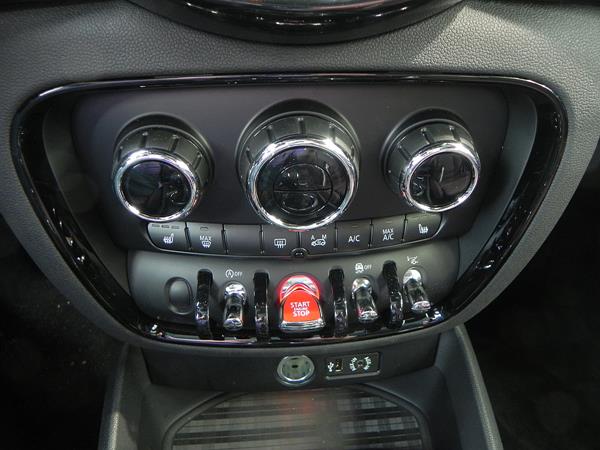 Performance (8/10)
The Clubman comes with a 1.5-liter turbocharged three-cylinder engine in its base configuration. This engine outputs 134 horsepower and 162 pound-feet of torque through a six-speed manual transmission as standard or a six-speed automatic as an upgrade option. These both power the front wheels. With a 0-60 mph time estimated at only about 9 seconds and not much umph going on, this engine is underpowered for the Clubman's size.

The upgrade with the S model, as we drove it, is a 2.0-liter turbocharged four-cylinder that outputs 189 horsepower and 207 pound-feet of torque. This comes standard with a six-speed manual transmission powering the front wheels. An optional eight-speed automatic is also available. This configuration with its higher torque value is much peppier than the three-cylinder option, but still only manages about 7 seconds on a 0-60 mph sprint.

The 2.0L engine does offer more get-up for the go, but the 2016 MINI Cooper Clubman is still generally sluggish to drive when compared with its smaller coupe counterparts. Handling is spirited, however, but brings with it a rough ride in the S edition. Most MINI enthusiasts will likely be disappointed in the overall driving experience with the Clubman model.


Pricing and Value (8/10)
The 2016 Clubman model begins at around $24,000, which is a solid price point for this segment. That comes with little to give enthusiasm, however, and the purchase price for most buyers is likely to be in the $30,000 range. The included amenities for those dollars are decent, but not segment leading or stellar. The price is mainly to pay for the BMW and MINI logos on the car as well as its unique look and styling.

That does, in fact, spell out the real reason for buying this car. Those who buy a MINI Clubman are not buying for practicality or expected performance. They're buying because it's a MINI and it might help seat more people than the coupe would. It's all about the style with this car and the persona it carries with it. On that front, the Clubman carries forth undaunted. 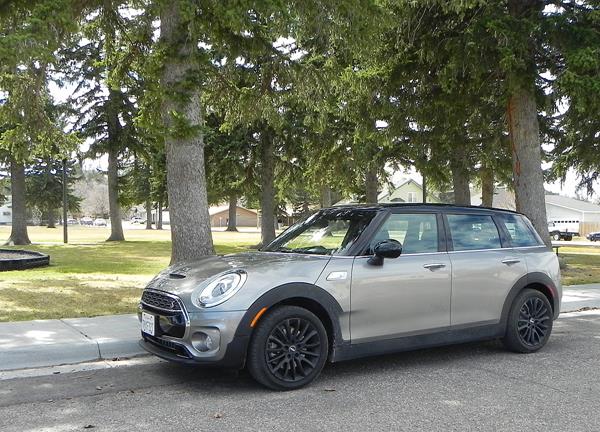 Total Score and Competitive Comparison (61/80, 76%)
The 2016 BMW MINI Cooper Clubman is a unique, fun, and style-centric little car. The extra doors add some practicality for those who cannot get by with a hatchback coupe. The car itself is longer and wider than the Cooper coupe and thus much more usable for everyday needs, but still misses some of the practicality that might be implied. Shoppers comparing with other brands might note that the Volkswagen Golf offers better performance and practicality and at a lower price point. Similarly, the Fiat 500X offers unique style and fun with a bit more practicality included in the mix. Although it's pricier, those looking for a bit more pep in their drive might enjoy the BMW X1, which offers more practicality as well.

In the end, though, there's only one MINI brand and the Clubman is the biggest of the options for that brand. It retains most of the MINI's quirks and fun; enough so that most MINI fans will not feel slighted when the upgrade to accommodate growing interior space requirements in their lifestyle.