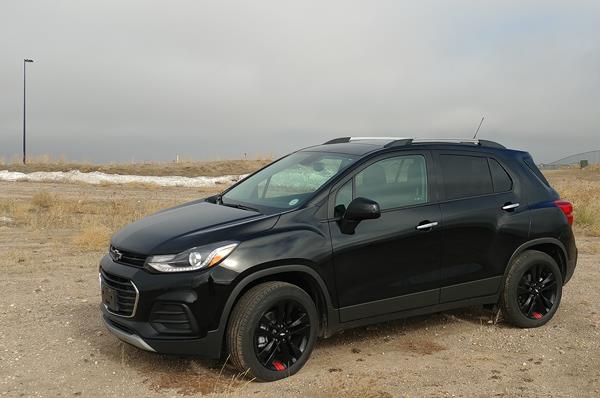 Now in its third year of production in the US, the Chevrolet Trax saw a bit of a refresh last year to help keep it relevant. The 2018 Trax is an affordable urban runabout with versatility and updated tech.

It drives well and gets around nicely, but has a few drawbacks to its interior feel and ride quality. Its configurable passenger and cargo areas will appeal to many shoppers.

The 2018 Chevrolet Trax shines in its element, with a great price tag and plenty of daily usefulness for the city dweller or suburban commuter. The Trax seats up to five, and has three trim levels (LS, LT, Premier) and some appearance and package options for upgrade.

The subcompact crossover segment is very competitive and the 2018 Trax is vying for attention among a field of excellent options. It's worth considering, but shop carefully before choosing it.


What We Love About the 2018 Chevrolet Trax:


What We Don't Love About the 2018 Chevrolet Trax: 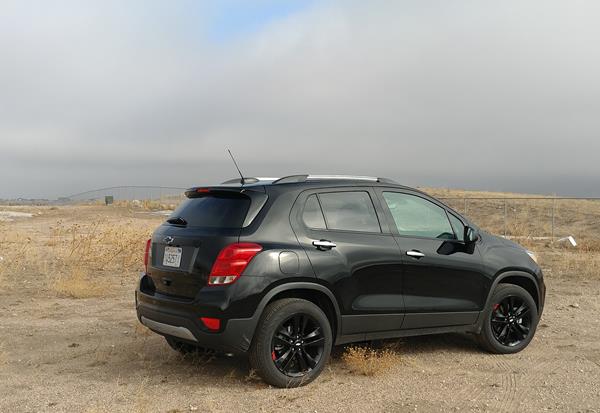 No matter how you looks at the 2018 Trax, it's basically a general-issue boot with wheels on it. The overall look is shoe shaped. In the darker colors, especially with the Redline packaging, the Trax looks - well, like a GI boot.

Many seem to like its appearance, though, with its promise of interior spaciousness and wheels pushed to the corners for maneuverability. The flat-faced front fascia, short toe-like hood, raked windscreen, and squared-off roofline and rear hatch all indicate its maneuverability.

The slightly rounded but otherwise unadorned side panels and heavy rear haunches add some SUV appeal to the Trax, while ground clearance is kept fairly high for the segment. The 2018 Trax's bodywork is slightly tilted forward for a faster pace. We can see the appeal, for some. 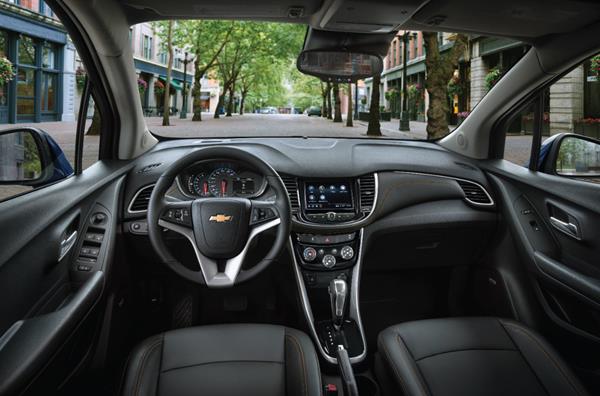 The 2018 Chevrolet Trax has a nice interior design, but often undermines that with hard plastics and cheap-feeling materials. The interior's monotone look is accented with some nice stitching and details, yet appears rather lackluster compared to most of today's more upscale competitors in the segment.

Seating is comfortable and roomy, with the driver and front passenger treated to good seats with plenty of support. The rear seats are good for average or smaller adults, but sitting three across is a challenge, even for kids. That's true for most in the subcompact segment, and isn't a knock on the Trax. Parents will be glad to know that child safety anchors are easy to find and use.

Where the 2018 Trax really stands out is with its cargo space and stowage options. Cargo space is great with lots of floor area for loading things. The rear seats are split-fold as standard and fold flat for maximum storage. The front passenger's seat also folds flat to add more length for items like surfboards or bicycles. A nice touch.

Small item storage is at a premium in the 2018 Trax, with few places for putting phones, purses and other items. Likewise, the front drink holders can be a little hokey for larger containers.

The 2018 Chevrolet Trax has the latest edition of Chevrolet's MyLink system onboard as standard. Android Auto and Apple CarPlay are standard. Surprisingly, so is WiFi hotspot connectivity. That's unusual in this segment.

MyLink is relatively easy to learn and quick to respond, with good graphics quality for the user interface. We like the system and give props to Chevy for making it standard in the low-cost Trax. 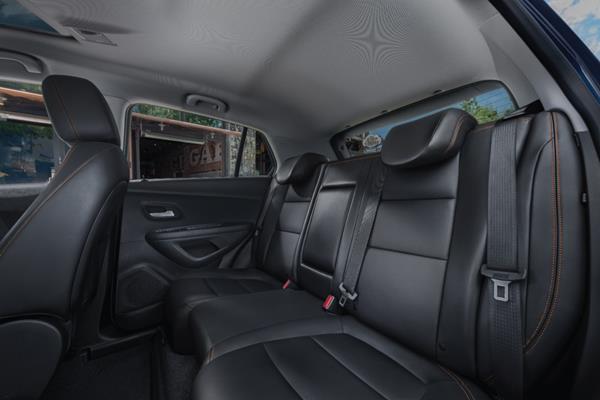 The 2018 Trax is rated at about average for the segment in terms of fuel economy. The EPA says that the Chevrolet Trax should get 25 mpg city/33 mpg highway in front-wheel drive and 24 city/30 highway with all-wheel drive.

In a week with the 2018 Chevrolet Trax AWD, we saw about 22 mpg combined, less than both EPA estimates. Cold weather accounted for some of that, but the lower-than-expected mpg is likely to turn off some buyers.

There are no published reliability ratings for the 2018 Chevrolet Trax, as of this writing, so our score here is based on the 2017 model year's returns. Largely unchanged from that year, the Trax received an "About Average" score for expected dependability and reliability.

The 2018 Trax received stellar scores from crash test results, and has an abundance of available safety equipment and advanced options. The National Highway Traffic Safety Administration gave the 2018 Chevrolet Trax a five star overall rating, with five stars for frontal and side crash tests, and four stars for rollover tests.

The Insurance Institute for Highway Safety (IIHS) gave the Trax top scores of "Good" for all crash tests, awarding the Trax a Top Safety Pick status. 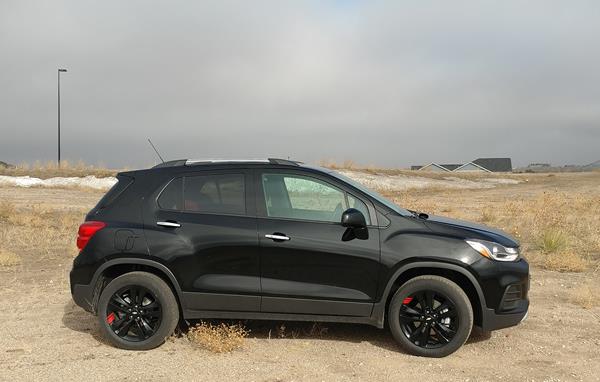 The 2018 Chevrolet Trax is powered by a turbocharged 1.4-liter engine that outputs 138 hpr to a six-speed automatic transmission. Front-wheel drive is standard and all-wheel drive is optional. Nothing about the Trax's powertrain screams "woohoo!" or offers any feeling of sport or speed.

The Trax is good enough driving around town, with the responsive turbo doing well in those situations. On the open road or highway, the Trax struggles and rarely feels confident. Unfortunately, the smaller engine doesn't return great fuel economy in return for lackluster performance.

Comfort in the Trax is good, but road noise is high on the highway. We like the AWD system for its smart traction control, but aren't impressed with the Trax's off-pavement capability. The larger wheels on the Redline model make for a worse ride quality than the smaller wheels on other trims.

The 2018 Chevrolet Trax starts at a price about average for the segment, but has a lot more technology than most at that price point. Demand for the Trax is not high. Competitors with more bling and better mpg are taking sales. So it may be a good time to find a dealership willing to negotiate.

Where the 2018 Trax is most competitive is with its technology and versatility. Safety options are also a good reason to consider the Trax. Resale is about average and reliability could be a concern, so shop wisely. 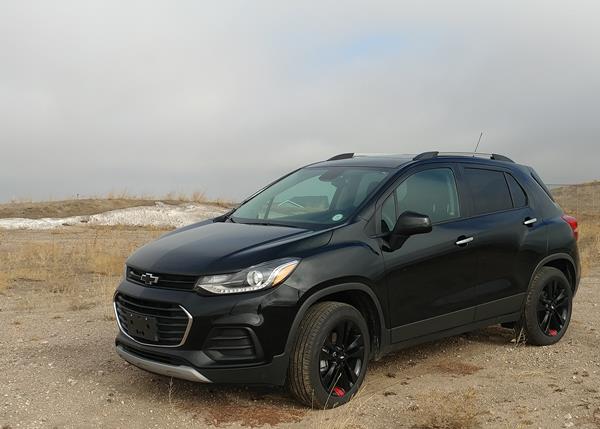 The 2018 Chevrolet Trax has plentiful competitors in the subcompact crossover segment, the fastest-growing one in the US.

Rivals include the newly revamped Subaru Crosstrek and the well-done Honda HR-V. Both are excellent choices against the Trax, with the Subaru in particular having reliability and excellent capability on its side. The sportier and nicer Mazda CX-3 is worth a look as well.

Compared to most of its competition, the 2018 Chevrolet Trax has plenty going for it. Price is one, especially when considering what's included at the lower trim levels. Versatility is another, with a highly configurable interior for both passenger and cargo-hauling options. Despite lagging fuel economy and reliability, there's a lot that's compelling about the 2018 Trax.