Fastest-Selling New and Used Cars in June
The Most Popular Used Electric Vehicles by State
16 Cars That Cost More Used Than New
Which Vehicle Type is the Most Popular in Each State?
Best Cars to Sell, Worst Cars to Buy Amidst the Record Price Surge
See more studies...

What's the price of a Mercedes-Benz C-Class Sedan by year?

How can you save money on a used Mercedes-Benz C-Class?

Does car color affect the price of a used Mercedes-Benz C-Class?

How to save money when buying a used Mercedes-Benz C-Class ?

Mercedes-Benz C-Class Rankings vs. the Competition

What Mercedes-Benz C-Class color has the best resale value ?

What is the best time to buy a used Mercedes-Benz C-Class ?

What is the average price for Used Mercedes-Benz C-Class? How many are for sale and priced below market?

What's the price of a Used Mercedes-Benz C-Class Sedan by year?

Where to find a cheap Mercedes-Benz C-Class ?

What colors are the best deals for a Mercedes-Benz C-Class ?

What Is The Average Price Of A Used Mercedes-benz C-class By Model Year?

What Is The Average Price Of Competitor Cars To The Used Mercedes-benz C-class?

What Is The Average Price Of Used Mercedes-benz C-class In The Top 10 Cities? 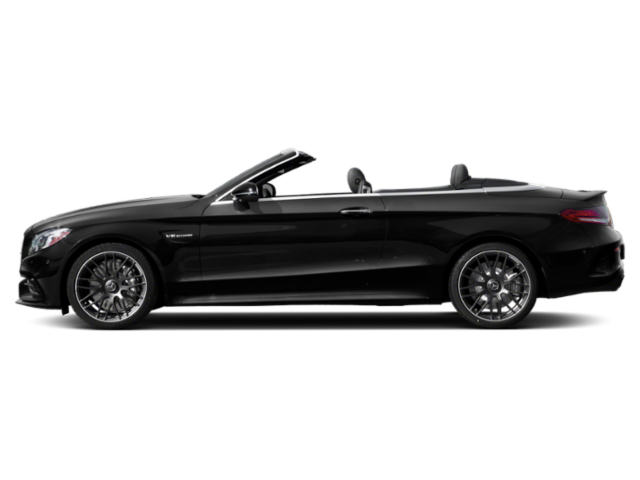 The Mercedes-Benz C-Class compact luxury cars replaced the 190 range of compacts in 1993 as the smallest offering in the Mercedes lineup at the time. Most C-Class cars sold in the United States are built in Germany or Mexico and the car is now in its fourth generation. The Mercedes-Benz C-Class is often referred to as a "luxury compact" and as an "executive compact." Body types range from two-door coupes to four-door sedans and five-door station wagons. The first-generation C-Class came in 1994 in both four-door sedan and five-door wagon styles. The car introduced the new letter-number naming scheme used by Mercedes-Benz through to today, with the C-Class being the overall model range and the C followed by a number designating the car's engine. The C 220, for example, was a 2.2-liter four-cylinder version of the C-Class offered at the C-Class' introduction. The C 230 replaced that with a slightly larger engine and the C 280 became the higher-end offering for the C-Class with its straight-six cylinder engine. Diesel models have a "D", "TD", or "CDI" after the engine displacement numbers (ala C 250 D, C 250 TD, and C 220 CDI. The diesel designation denotes the engine type as diesel (D), turbodiesel (TD), or common rail direct injection (CDI). An automatic transmission was standard in the United States and a manual transmission was an option. A four-speed automatic began the first-generation and was replaced halfway through its lifespan with a five-speed automatic. The second-generation C-Class entered the market in 2001 and saw the first coupe version of the car introduced. All-wheel drive was also introduced in some models with this generation. Engines varied depending on model year, but largely carried over from the previous generation with the exception of diesel engines all becoming the CDI variety. The Mercedes-Benz C-Class became sportier with the adoption of six-speed manual transmissions as the norm and automatic transmissions becoming an option. The third-generation C-Class was introduced in 2008 and saw modernized body styling, simplified engine range options, and a more luxurious finish. Several specialty models for fuel efficiency were introduced under the BlueEFFICIENCY brand and sports-centered models under the AMG nameplate were now designed exclusively for the C-Class. In the 2015 model year, the fourth- and current-generation Mercedes-Benz C-Class was introduced. A brand new platform for the vehicle was introduced with it and makes extensive use of aluminum and high strength steel. It began production in Alabama for U.S. sales. A cabriolet model (convertible) was introduced with this new generation. Engine options were reduced to a turobcharged four-cylinder and a turbo six-cylinder for gasoline options and with 4Matic (all-wheel  drive) becoming standard on all C-Class models. Common consumer complaints are found with the 2007 C 230 for its engine, which can fail spectacularly. C 300 and 320 models are often noted for sometimes bad quality control on body parts, especially in the interior. Usually in the 2010-2014 model years. The Mercedes-Benz C-Class otherwise has a better than average reputation for longevity.

Mercedes-Benz redesigned the C-Class sedan in 2015 and brought the coupe and convertible models into that change two years ago. The C-Class now sees a refresh for 2019, this time to all three body styles at once. The 2019 C-Class retains the model's luxurious sport driving motif and eye-grabbing good looks, which have made it popular while adding some updates that bring the little Mercedes back into the competitive ranks of its class.

Primary changes to the 2019 Mercedes-Benz C-Class include a newly-updated turbocharged four-cylinder engine, with 14 more horsepower than the outgoing 2018 engine. The C43 model's turbo-six also sees a power boost, adding 23 hp to make 385 in all. New fascia and lighting designs, a new transmission for the C63 model, and new infotainment add-ons as standard equipment were also added this year.

The 2019 C-Class is a four-seat sedan, coupe, or convertible selling as an entry-level luxury car. Three powertrain choices and both rear-wheel and all-wheel drive are available for the C-Class in most of its formats.
See the full 2019 Mercedes-Benz C-Class Test Drive Review.

The Mercedes-Benz C-Class sedans received a completely new design in 2015. For 2018, the coupe and convertible finally get their updates. There's a lot going on with this premier car, and Mercedes hasn't been skimpy on the trim level and engine options.

The C-Class is one of Mercedes-Benz's most prolific and well-known model lines, with body styles that include the sedan, coupe and convertible, offered in a variety of models whose names denote drivetrain choice and model trim. These start with the base C300 and run through performance-charged AMG models and subtrims. Both rear-wheel and all-wheel drive are available on most models, as are extensive lists of luxury upgrades.

In 2018, along with the introduction of the two-door C-Class coupe and Cabriolet models, the AMG C450 gets a new transmission and is renamed the AMG C43. Some content shuffling happens throughout the C-Class lineup, but it is otherwise unchanged from what was introduced two years ago. Not that it needed much change anyway.

As a flagship in the Merc-Benz showroom, the C-Class is often the go-to vehicle for shoppers looking for a well-heeled luxury vehicle with the brand chops to prove its excellence. With style, performance and svelte aplenty, the C-Class delivers.
See the full 2018 Mercedes-Benz C-Class Test Drive Review.

The 2017 Mercedes-Benz C-Class has been redesigned from its previous generation to offer more luxury, style and performance. Offered as a sedan, a coupe, and a cabriolet, the C-Class includes some compelling value for the class. We are especially enamored with its beautiful interior styling and eye-grabbing exterior looks.

The sedan was introduced as a redesign two years ago and is now followed by the coupe and convertible options. The C450 has changed its name to the C43 middle-option trim. Each of the C-Class trims has a different powerplant included. The C300 is the base model with a turbocharged 4-cylinder that really pushes the car well. The C43 has a turbocharged V6, and the C63 and C63 S have a throaty V8. Both rear-wheel and all-wheel drive are available for most models.

We spent a week in the C300 coupe and greatly enjoyed the spirited nature of the swooping little two-door. The sedan models are equally fun, though more practical, and fuel economy doesn't change much between the three body styles.

The newly redesigned 2017 C-Class is a very competitive car that may become a best seller if others in the market don't sit up and take notice.
See the full 2017 Mercedes-Benz C-Class Test Drive Review.