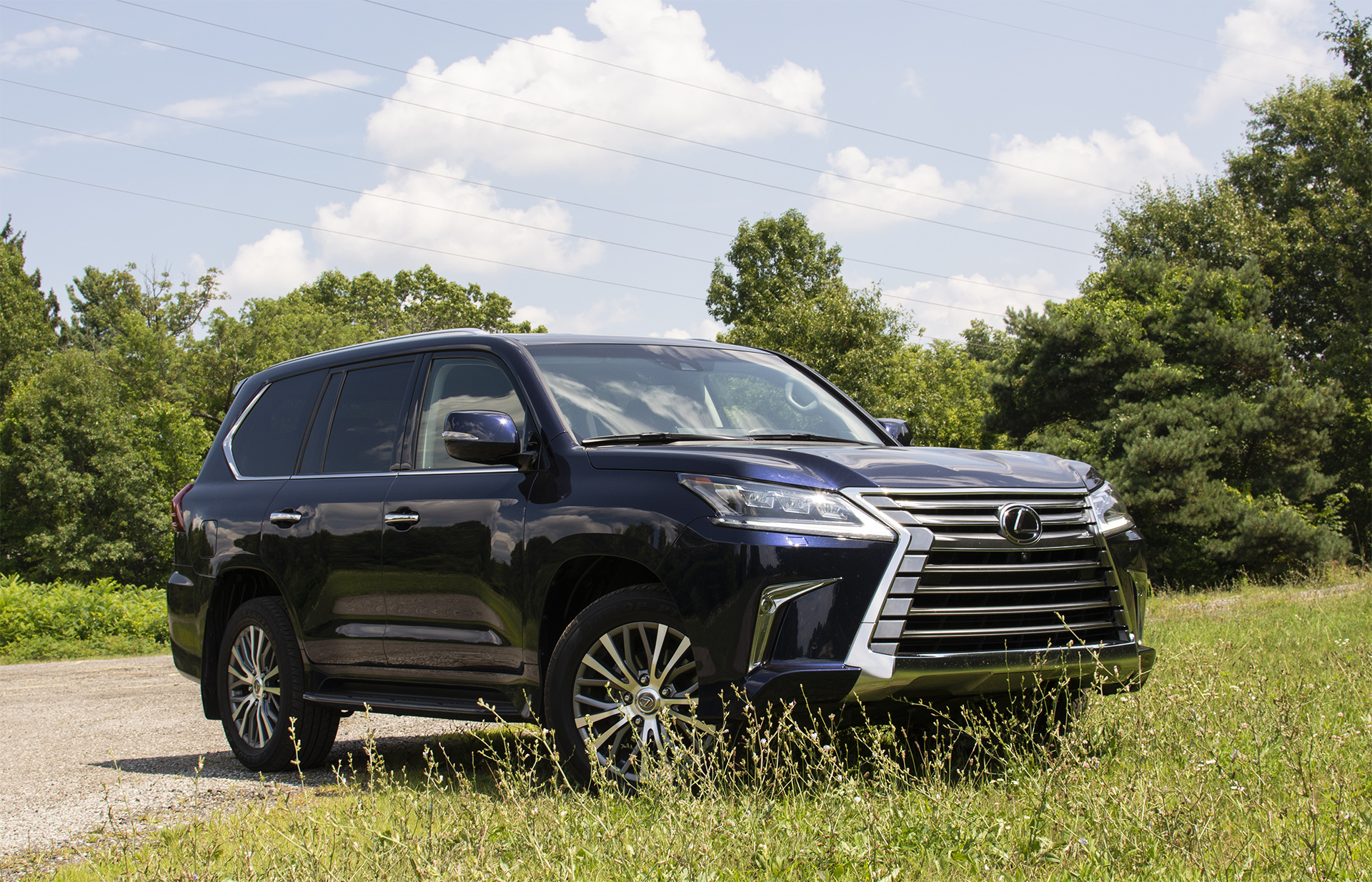 The Lexus LX 570 is a bit of a dinosaur in the luxury SUV class. Unlike many models that have shed most of their off-road capability for better on-road performance, the LX 570 stays true to its off-road roots. While this makes the SUV very capable in any terrain, it also brings some big drawbacks. 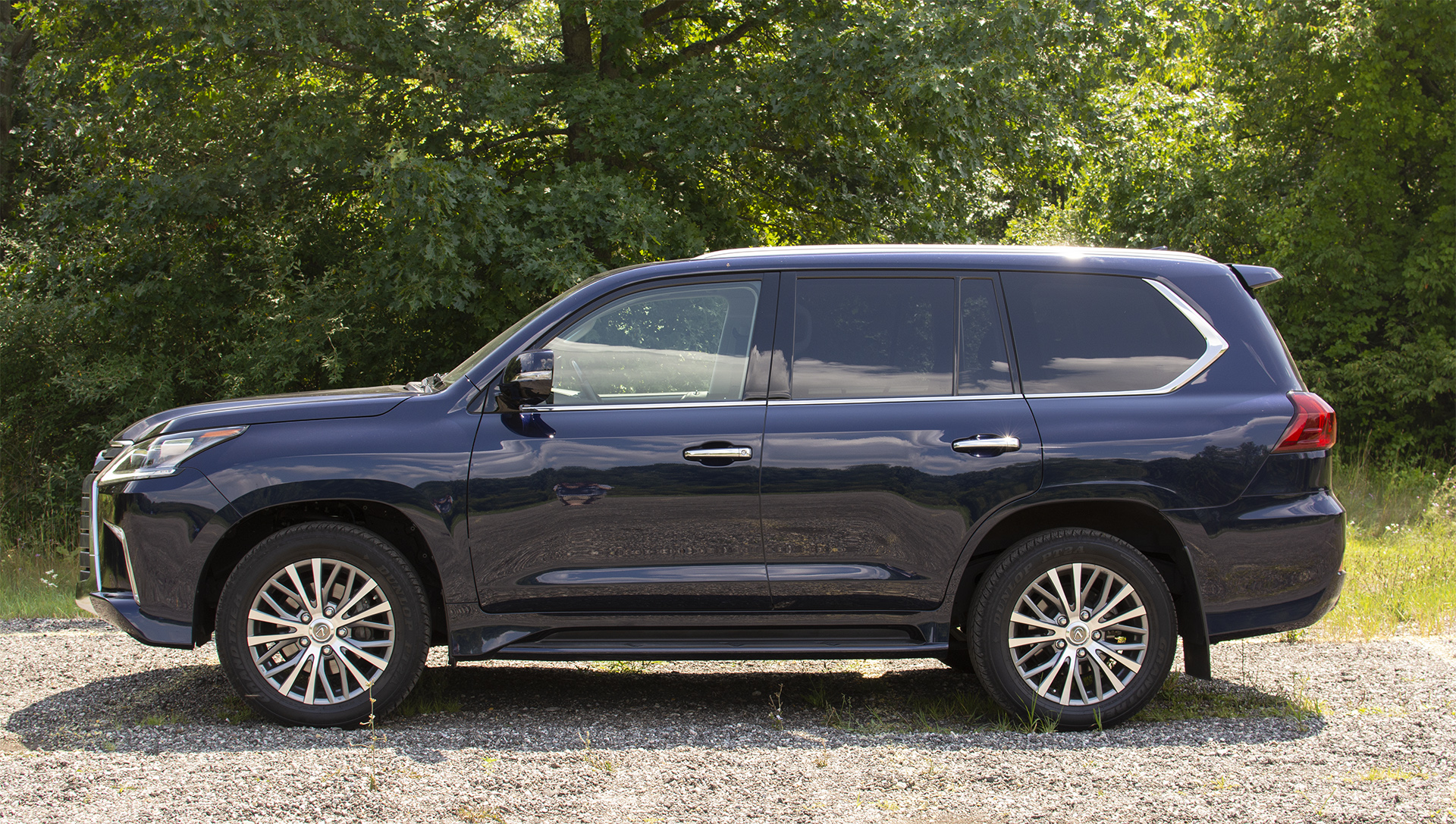 Lexus put in a fair amount of work to distinguish the LX 570 from its Toyota brother, the Land Cruiser. Up front is the largest implementation of the brand's spindle grille.

While it does allow the LX to fit in with the rest of the Lexus lineup, it also makes the SUV very polarizing and will turn off some people. A set of LED headlights with a unique lighting arrangement sits on either side. The side and rear are mostly unchanged from the Land Cruiser, with a square profile and split-opening tailgate. A set of 20-inch wheels comes standard. 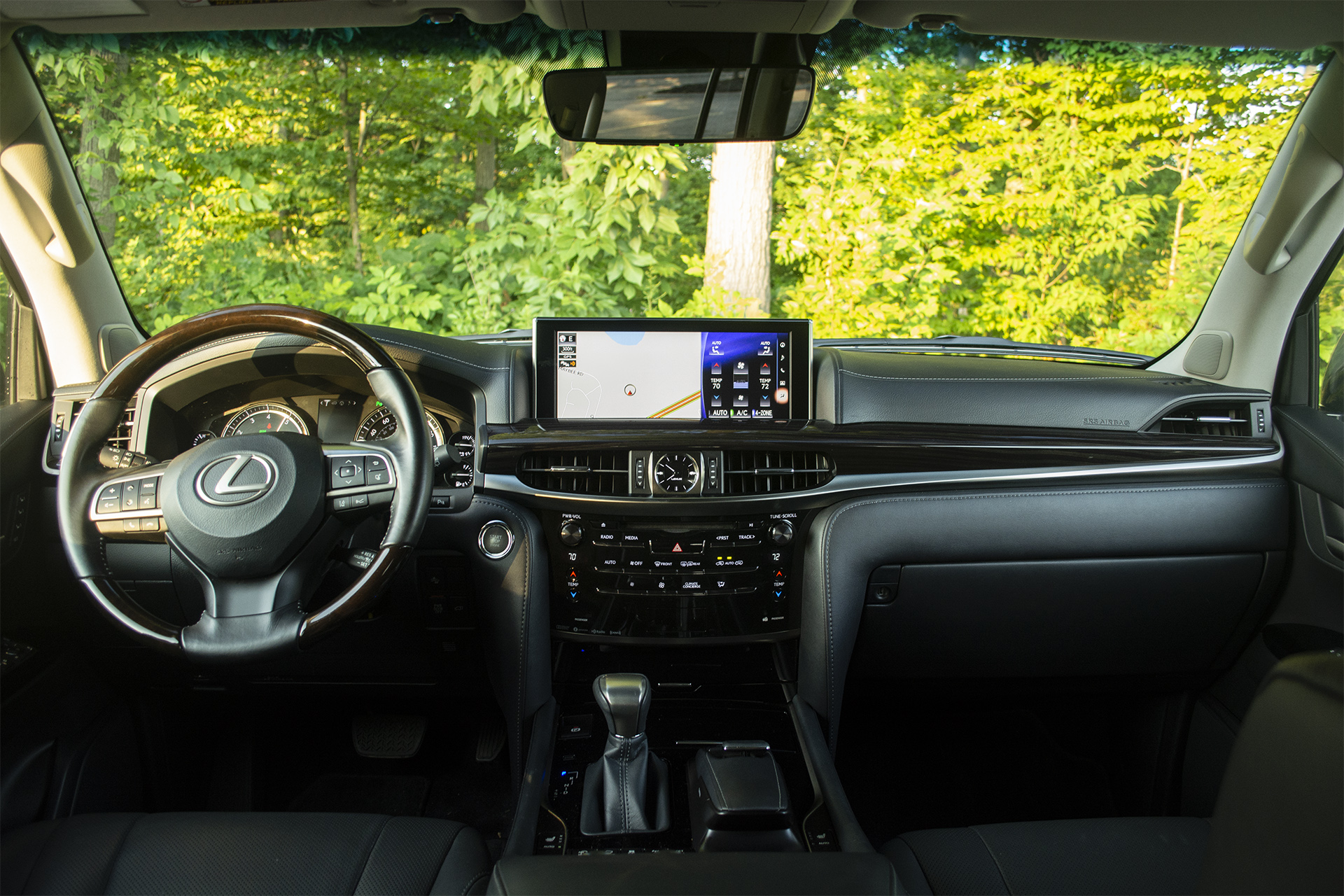 Step inside the LX 570 and it's quite clear you're entering a well-appointed luxury SUV. There's an impressive set of materials used throughout, such as real wood, metal trim and soft leather upholstery. The center stack is somewhat busy due to a large number of buttons, but we appreciate that Lexus provides separate controls for the various functions, instead of burying them in the infotainment system.

The front seats come with power adjustments, three-mode memory function for the driver and heat. Ventilated seats are available as an option. The seats offer excellent comfort and a great view of the road ahead.

Most second-row passengers will have no complaints about head and legroom. Though some will wish that the cushions were slightly higher to improve overall comfort. The third-row is best reserved for small kids since legroom is nonexistent for adults. The seats are somewhat uncomfortable due to the limited amount of padding.

In terms of cargo space, the LX trails the competition. Part of this is due to the decision to have the third-row fold to the side in the cargo area, not into the floor. This results in 9.1 cubic feet with all the rows up, 27.3 cubic feet with the third-row folded, and 44.7 with both rows of rear seats folded. There is some good news, as Lexus brought out a two-row variant of the LX for 2018. Cargo space increases to 34.6 behind the second row and 50.5 when folded. 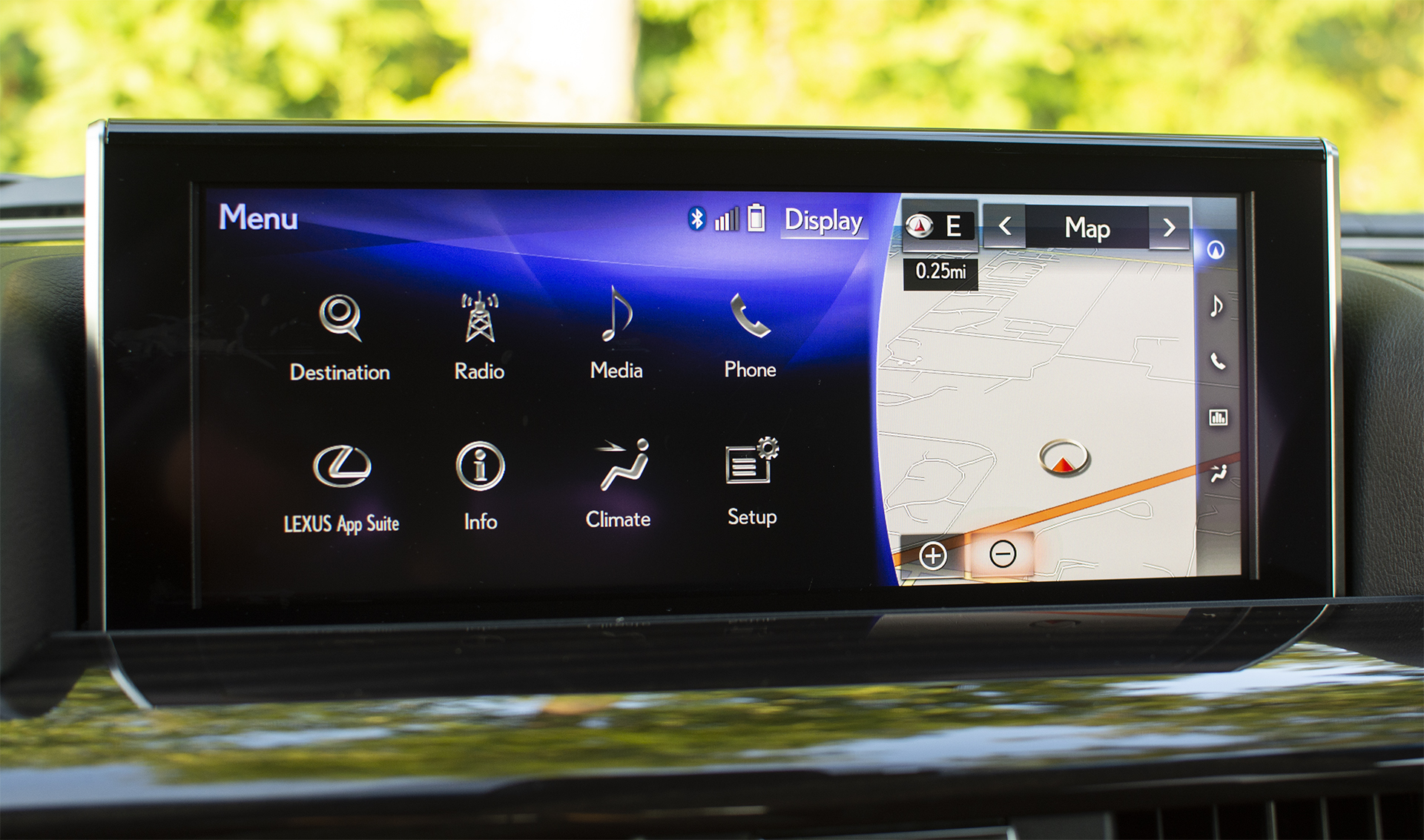 The LX 570 boasts one of the largest infotainment screens in the class at 12.3 inches. This allows for a split-screen capability which is very useful and makes us wonder why don't more automakers offer this.

Some of the configuration options for the split screen are strange to say in the least. Do you really need navigation on both sides of the screen at the same time? The downside to this system is Lexus Remote Touch. The joystick-like controller is a pain to use due to vague movements and haptic feedback that make you overshoot what you intended to select. This is very problematic on the move, as you're paying more attention to the system than the road. 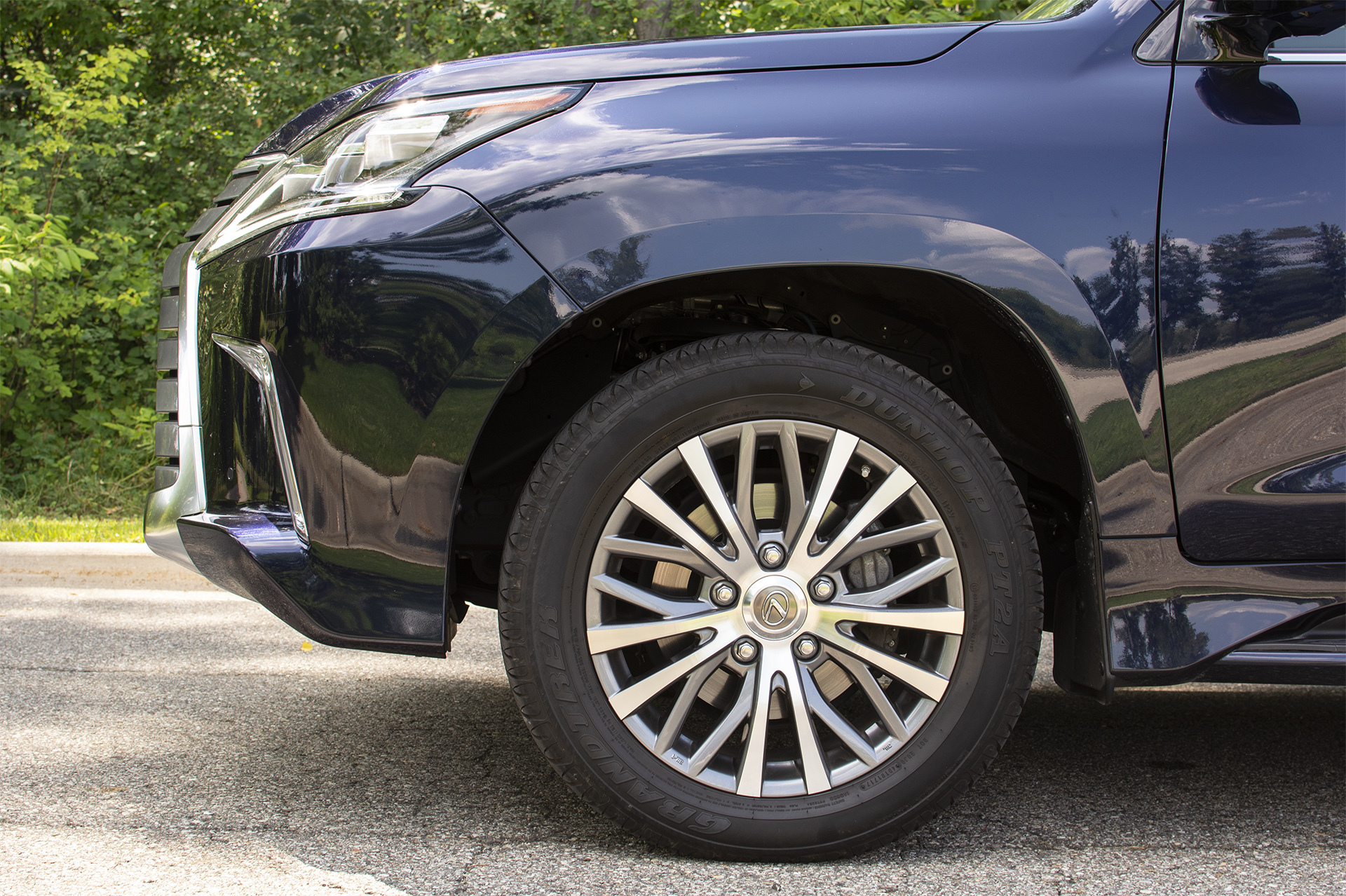 The Lexus LX 570 will become good friends with the gas station as it has EPA fuel economy figures of 13 City/18 Highway/15 Combined. We saw an average of 15.9 mpg. 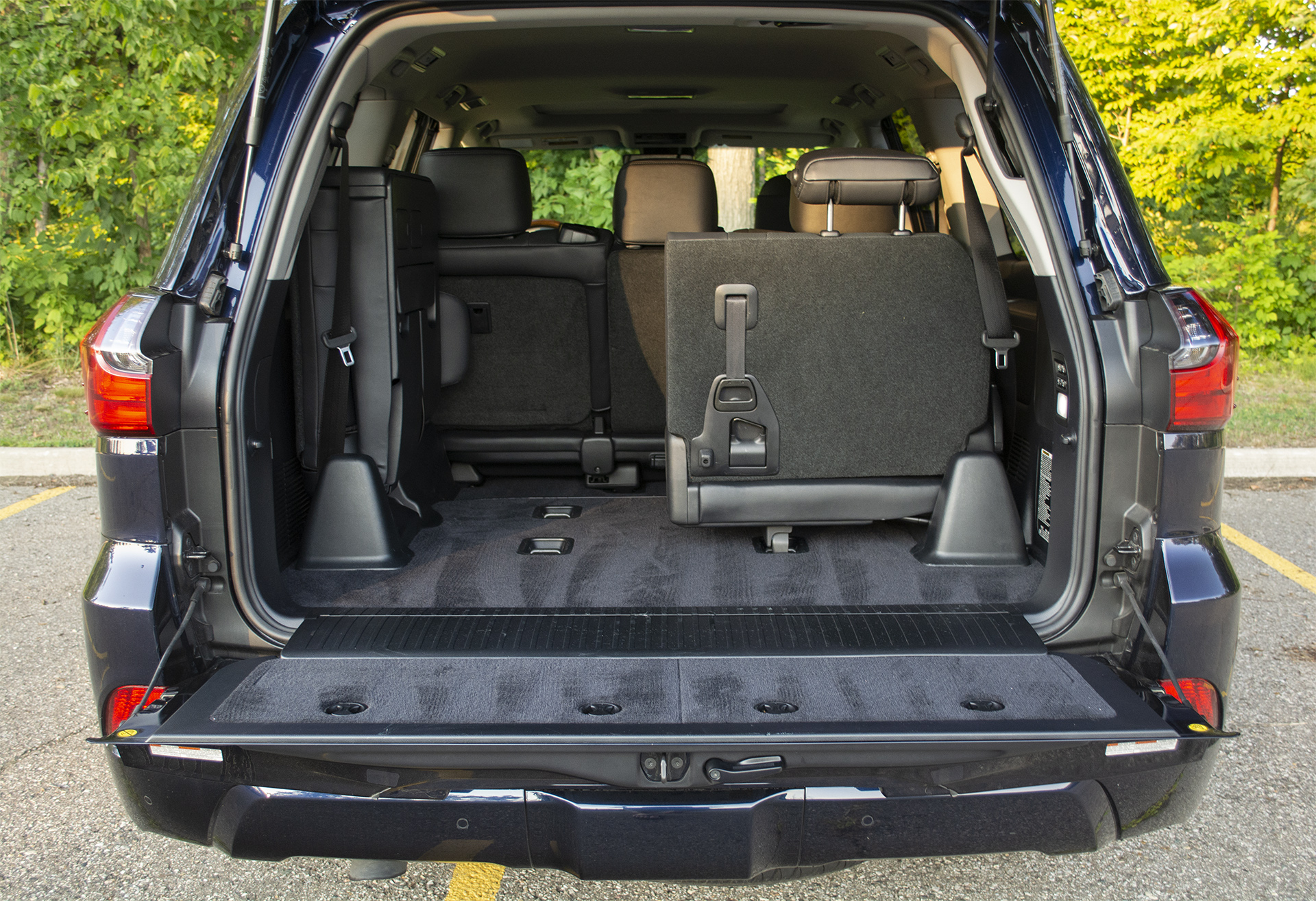 Both Consumer Reports and J.D. Power give the LX 570 above average ratings in predicted reliability. There is no initial quality rating for the LX 570. 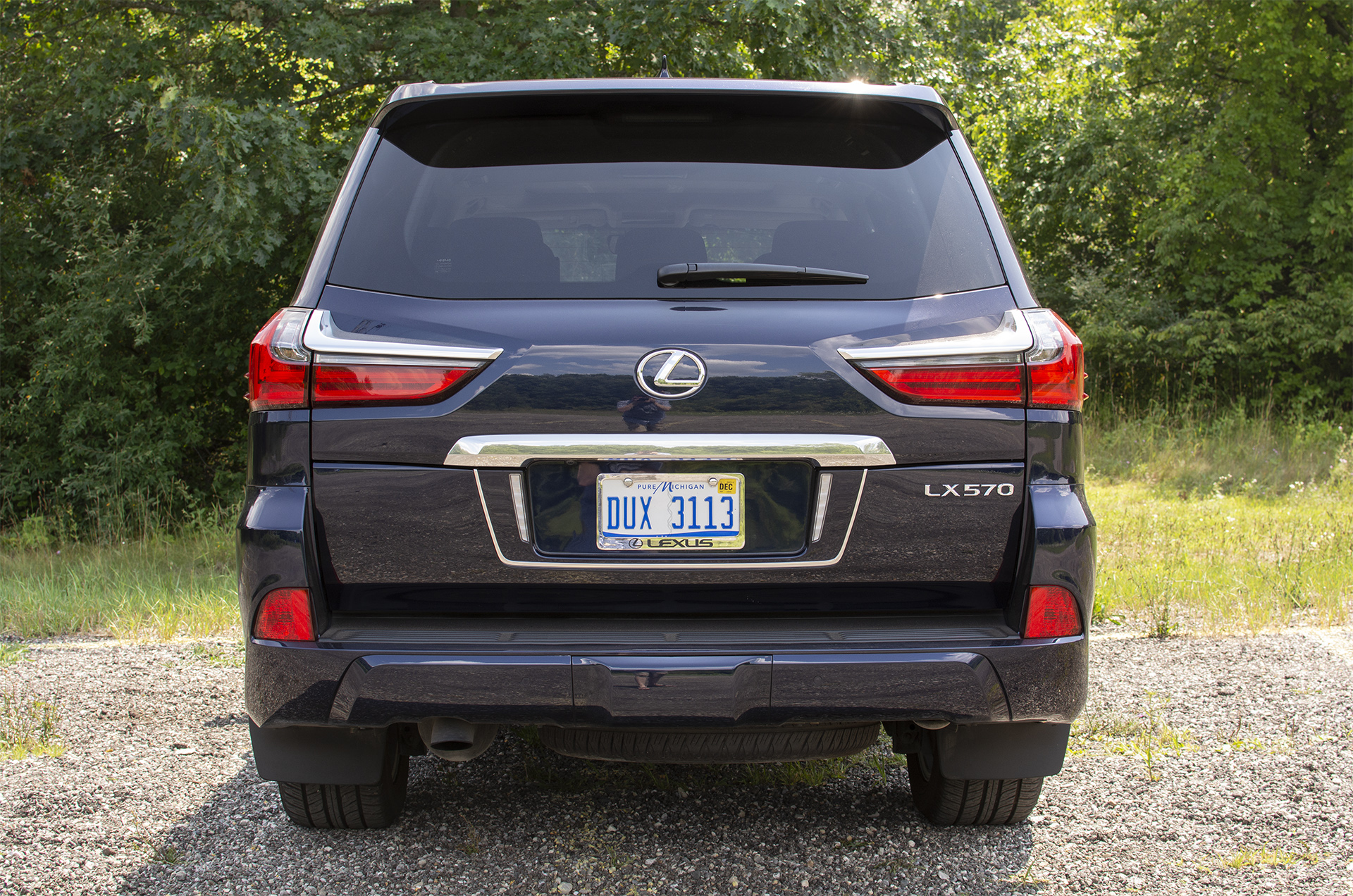 The LX 570 hasn't been tested by either the National Highway Traffic Safety Administration or Insurance Institute for Highway Safety. 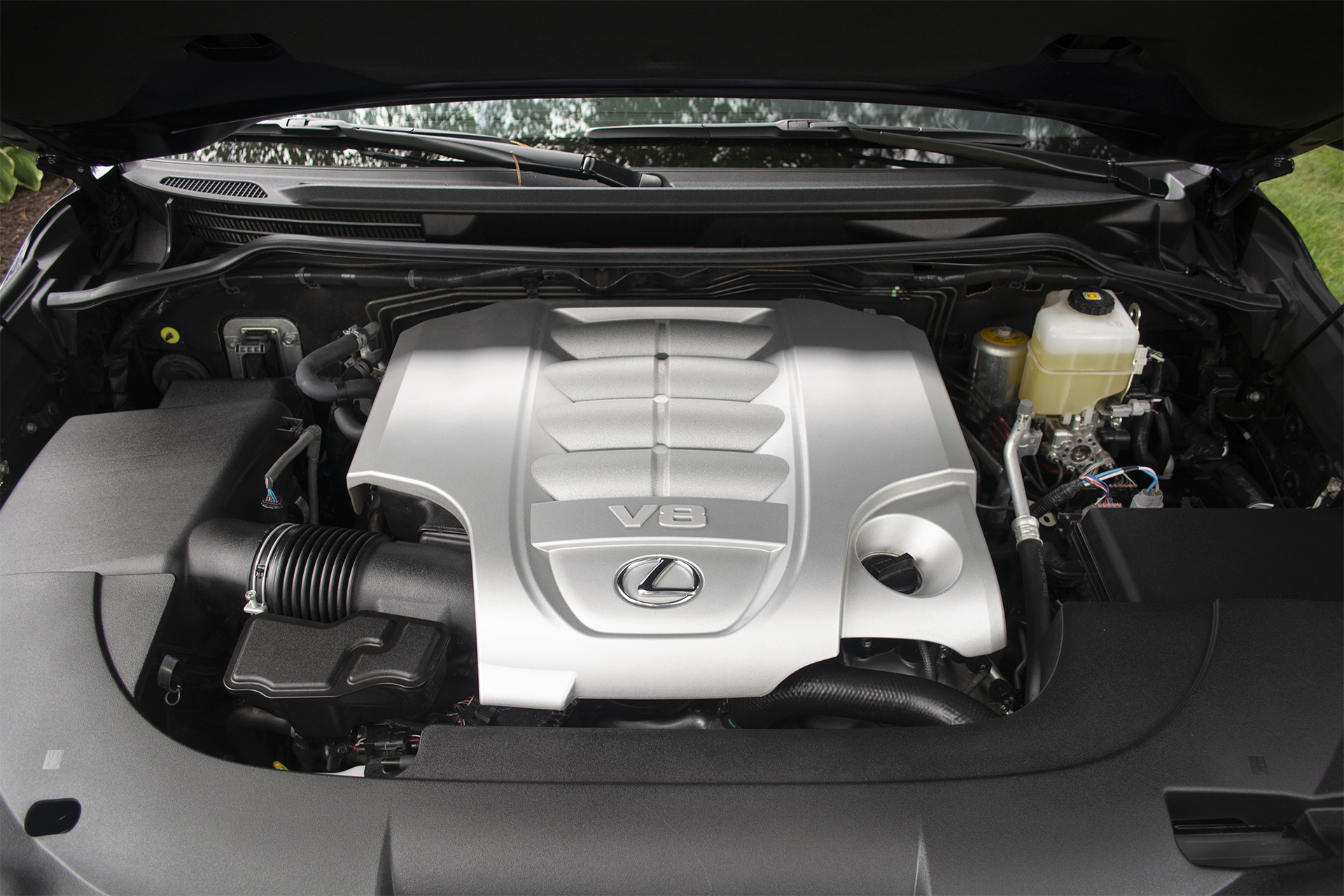 Under the LX 570's hood is a 5.7L V8, producing 383 horsepower and 403 pound-feet of torque. This is paired with an eight-speed automatic and a full-time four-wheel drive system. Despite what the numbers may say, the LX 570 is quite slow.

The run to 60 mph takes a hair over 7 seconds, about a second slower than most competitors. There is a noticeable pause when leaving a stop or making a pass, as if the powertrain was asleep and was startled when the throttle was prodded. The eight-speed automatic is unobtrusive with its upshifts, but stumbles somewhat when it comes to downshifts. The LX 570 has an impressive towing capacity of 7,000 pounds.

The LX 570 yearns for the path less traveled, as it features an adjustable suspension, crawl-control system, locking center differential, two-speed transfer case, and a terrain selection system that adjust various systems to keep the vehicle moving.

Sadly, we didn't get the chance to take the LX off-road. But those who have taken it on the trail say it is quite capable.

The LX 570 prefers the road straight than twisty, as there is noticeable body roll. Steering feels slow and numb, making it somewhat difficult to determine how much input is needed. On straight roads, the suspension does a very good job of minimizing impacts from bumps and potholes. On the highway, we needed to make small corrections to keep the SUV in its lane. This makes for a very tiring experience on long trips.

Braking is the biggest weak point in the LX 570. While it may have some of the largest brakes in the class, it's difficult to modulate the pedal. Lightly press on it and the LX doesn't feel like it's slowing down. Press a bit harder and you'll feel like you're going be thrown through the windshield.

Our pick would be the two-row model as it costs $5,000 less and provides significantly more cargo room. 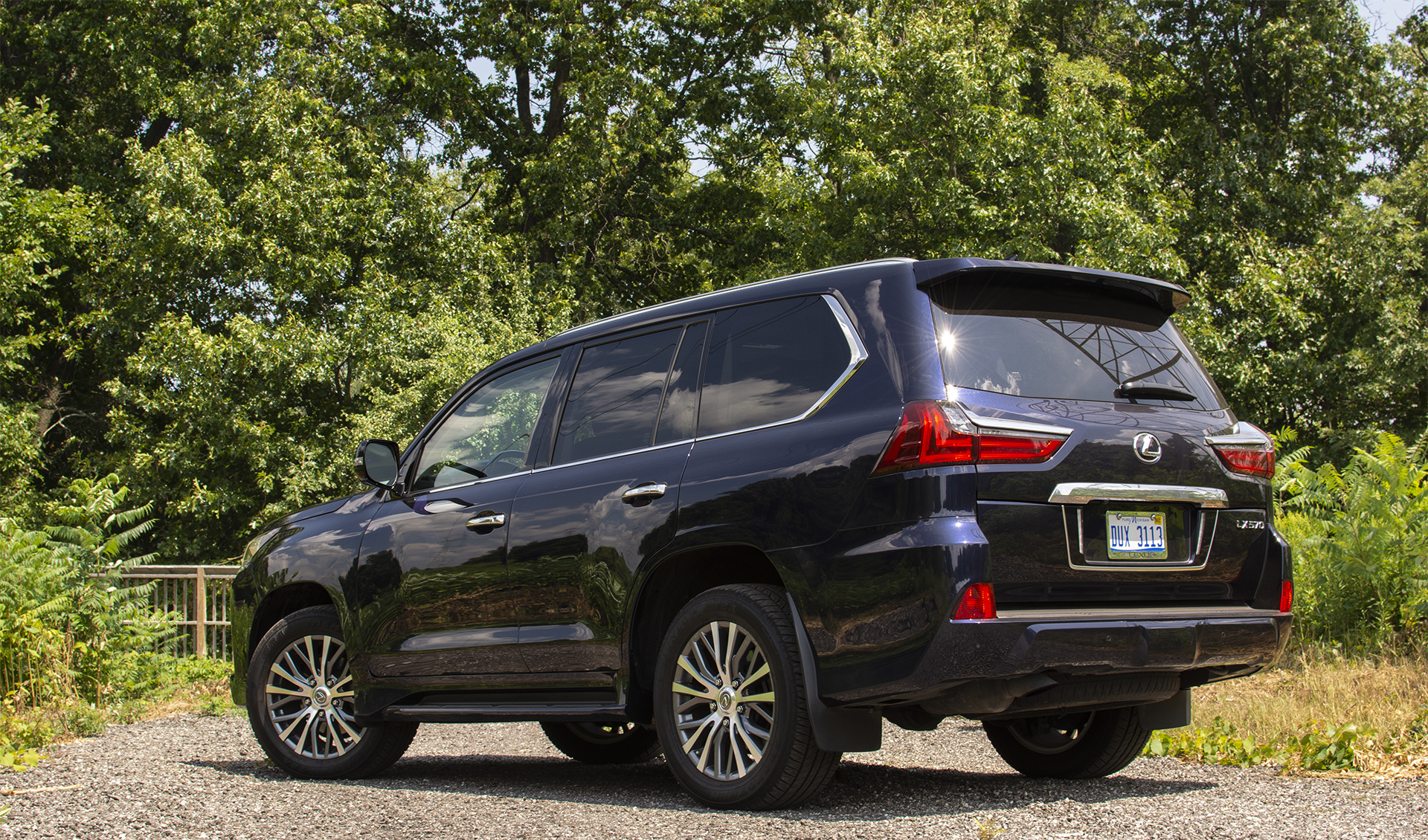 The Land Rover Range Rover is the closest competitor to the LX 570. It is just as capable as the LX 570 when going off-road, thanks to an impressive list of standard and optional equipment. A wide selection of engines, ranging from a 254 horsepower 3.0L turbodiesel V6 to a supercharged 5.0L V8 with 557 horsepower means you'll find one to suit your needs. Where the Range Rover falters is reliability. Both Consumer Reports and J.D. Power rank the model poorly.

The Toyota Land Cruiser is also worth serious consideration. It's the same vehicle as the LX, minus the fancy clothing. This means it offers the same off-road capability and powertrain. The interior isn't as fancy, but it is still well built, and the infotainment system is easier to use. It also costs slightly less at $84,465.

The 2018 Lexus LX 570 is unashamedly an old-school SUV that is quite capable through the harshest terrains. But it is also one that provides a lot of luxury features that mean you'll be quite comfortable while tackling a tough trail.

But the LX 570 doesn't fare as well on pavement as it has noticeable body roll, needs constant steering correction and has inconsistent brakes. If your daily commute includes the Rocky Mountains or Death Valley, we have no issue recommending the LX 570. If you're planning to stay on payment, there are other large luxury SUVs that do it better.